A Look At Rollo May’s Influence On Existential Theory 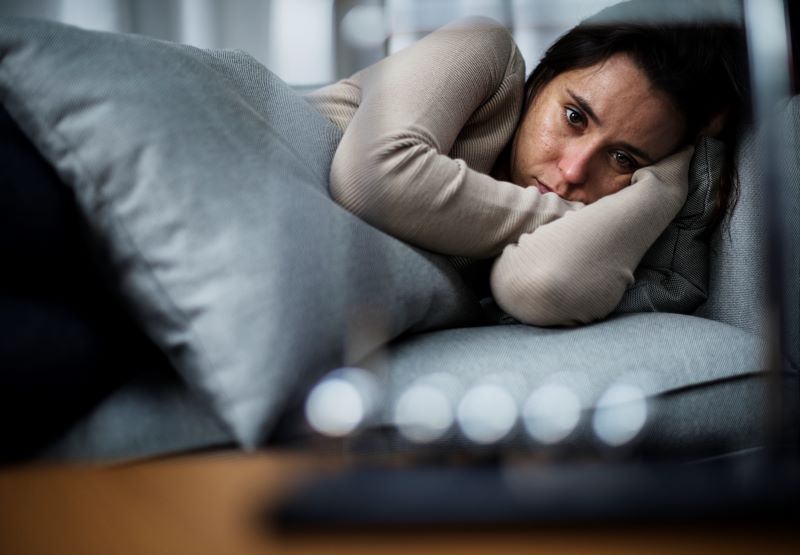 Want To Learn More About Rollo May's Influence?
Ask A Licensed Mental Health Professional Online Today!
This website is owned and operated by BetterHelp, who receives all fees associated with the platform.

During life's difficult moments, sometimes popular clichés just don't cut it. When it comes to depression, individuals can struggle with deep philosophical questions that can't be resolved with trite truisms. In moments like these, Rollo May's quotes may be particularly meaningful.

This leader of existential philosophy in American psychotherapy offers powerful insights. To fully appreciate Rollo May quotes, it's helpful to know a bit more about this seminal thinker as well as his social context. Keep reading to learn about this influential man and draw inspiration from his work.

Who Is Rollo May?

Rollo Reese May was born in 1909, and died in 1994, at the age of 85. His childhood wasn't easy. Not only did his parents divorce, but his sister also had schizophrenia. Being the oldest son of five younger siblings, May was burdened with a lot of responsibility from a very young age.

His educational path evolved with him, as he moved through different life experiences. For example, he began at Michigan State University, earning a bachelor's degree in English, which he later completed at Oberlin College. Then, he taught English for three years in Greece, where he developed an interest in theology.

Upon his return to the United States, he was ordained as a minister and worked in the church for several years. It was around this time that May was diagnosed with tuberculosis. As was the custom at that time, May recovered at a sanatorium over the course of 18 months.

This life-threatening illness and the long recovery process strengthened May's interest in philosophy and psychology. In fact, it was after the time spent in the sanatorium, that May developed a strong interest in anxiety since he had had an opportunity to observe, not only his own experience of anxiety, but also those around him, who were dealing with anxiety, isolation, fear, depersonalization, and even death itself.

Once he fully recovered, May returned to the academic world and earned a Ph.D. in Clinical Psychology from Teachers College at Columbia University in 1949.

May went on to found both Saybrook University and a research center in San Francisco. He also taught at many top schools throughout the United States and wrote many seminal books, which are still considered relevant today - not only to psychologists and fellow researchers but to people like you and me, too.

What Is Existential Psychology? 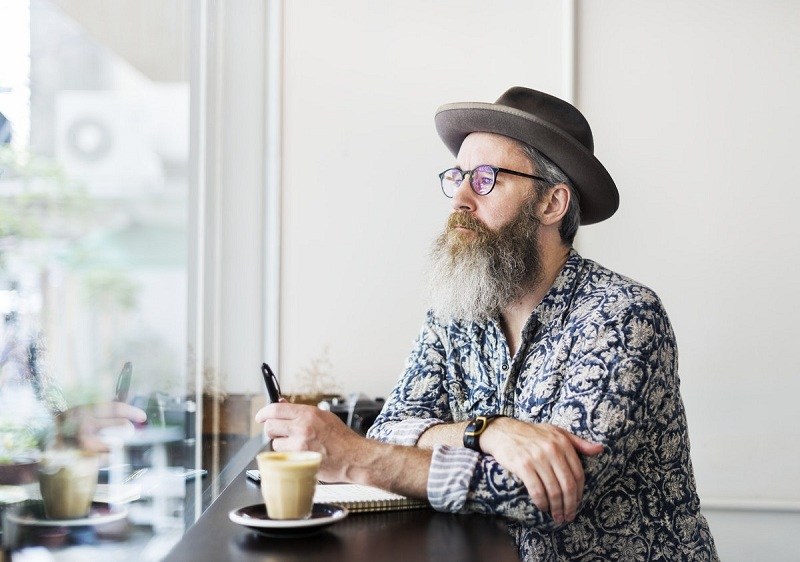 To best understand existential psychology, it's helpful to know what existentialism is, and the social context from which it came.

Leading up to the 20th century, May recognized how science essentially isolated facts and observed: "them from an allegedly detached base." This included mental illness.

For example, Freud and his followers "sought to bring a scientific methodology to the study of the mind and mental processes, including psychological disorders and psychotherapy." As Sartre noted, they didn't go further than "describing mere patterns of desires and tendencies."

While our natural reaction might be to condemn Freud and his disciples, it's important to realize that this was only a natural evolution of what had already begun hundreds of years prior.

According to May, Western thought had been dominated by the split between subject and object ever since the Renaissance - and this seeped into everything from industrialism, urbanism, and medicine.

Existentialism was, for May, a way to heal that divide and to see a man not as a collection of separate parts, but as a whole being.

Existential Philosophy Sees The Human Person As An Entire Being

For May, existentialist philosophy is a resistance to rationalism and idealism that reduces a person to just another object to be scrutinized; someone who can be controlled, calculated, dissected and divvied up into disparate parts.

To May, the human being wasn't a sum of his or her parts, but a being that was constantly in the state of becoming and always existing. This was a big step away from earlier psychological practices, and it returned humanity and empathy to the individual.

May had a "sharper awareness of the tragic dimensions of human existence," and his existentialism offered a much-needed bridge between the scientifically abstract, and what is real for people - especially those seeking treatment through psychotherapy.

Is There A Place For Existential Philosophy In Scientific Psychology And Psychotherapy? 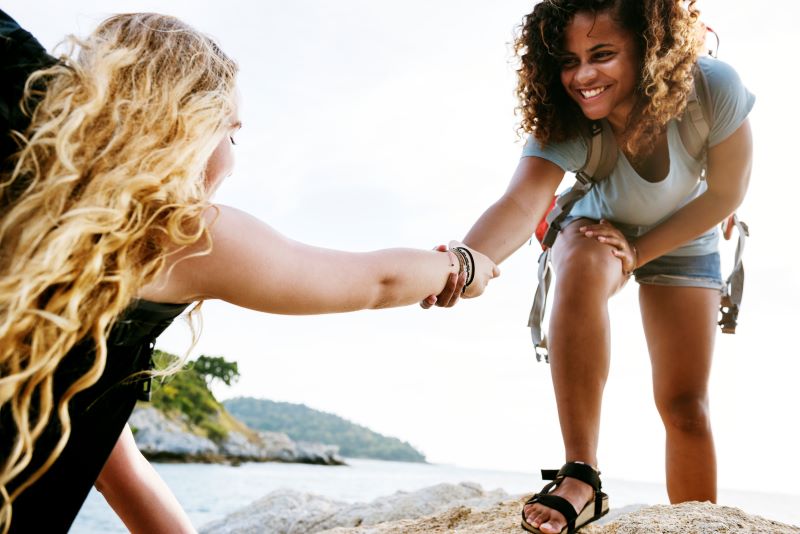 Some academics opposed the introduction of philosophy into psychology because they feared it would make this science less concrete. However, May believed that philosophy and science ought to go hand-in-hand. What's more, he also believed that it's very dangerous when science turns its back on philosophy.

In an age where science had become fixated on analyzing, codifying and treating conditions, May saw that it served the field of science, but not necessarily the individual. But May believed that psychology and psychotherapy should put the individual first.

To May, the goal of psychoanalysis is to help the individual become the best version of themselves, and to pursue authenticity and freedom, even if that meant going against society's standards. And while this can push someone out of his or her comfort zone, May thought it better and healthier than doing the opposite.

For example, forcing an individual to live according to society's boundaries and expectations don't allow them to live an authentic life. Instead, it's a sure way to repression and self-censorship. In fact, May said, "Every human being must have a point at which he stands against culture, where he says, 'This is me and the world be damned!'"

How Does Existential Philosophy Enrich Psychoanalysis?

May promoted the idea that psychoanalysis and existentialism can be used together to observe the individual in his social context, rather than see the person (and his other mental illness) as a detached object, unaffected by his or her world.

In a way, existentialism arose at a critical time in history, when personhood was being dehumanized and fragmented, and when Western culture was at the peak of separating and dehumanizing.

Rollo May's theory, along with other leading philosophers, including Martin Heidegger, Franz Kafka, and Jean-Paul Sartre, offered an escape from fraction, by replacing it with wholeness, through existentialism. Existentialism shared significant similarities with ancient Zen Buddhism and Taoist philosophies hailing from the East.

In today's day in age, it's easy to take this holistic mindset for granted. Buddhism, Hinduism, Ayurvedic practices, yoga, and Eastern spirituality abound. In the early 20th century, these were new and revolutionary belief systems, making May a man ahead of his time.

Rollo May'sapproach reveals how valuable the individual and his experiences are.

As you can see, Rollo May isn't merely an inspirational writer, or someone who quotes make a nice background for your PC. May's quotes below stem from a belief that the human person and his own unique human experience should be front and center of any healing.

You and your deepest concerns are at the heart of his teachings, and they are what drove him to change psychotherapy to better support individuals who seek answers in times of depression and suffering.

Before May, psychoanalysis leaned more on the apathetic side, making it easy to objectify individuals with mental illness. But this wasn't good enough for May. He believed it was crucial for people to rediscover how to care for one another - even a therapist for the patient.

According to Rollo May quotes, the individual is an active creator of his or her life. 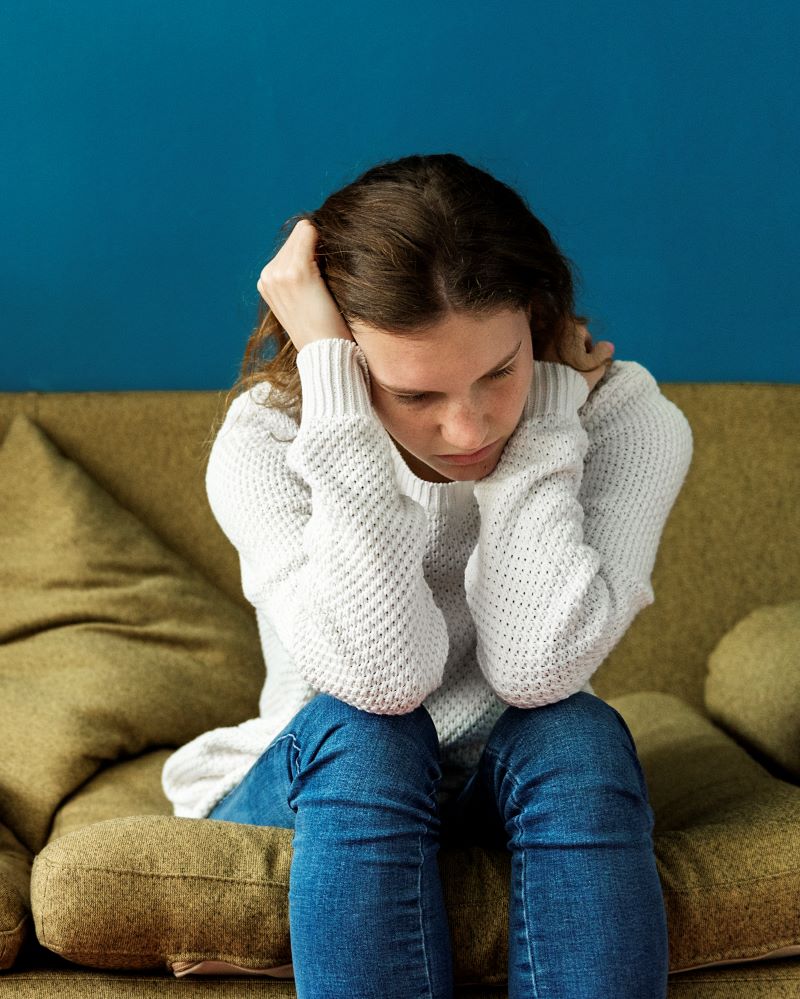 Normally, we think of anxiety as a negative experience to treat and overcome. But Rollo May saw it as an entryway into true personal freedom. For him, "anxiety is essential to an individual's growth …this is a way that humans enact their freedom to live a life of dignity…to live life to the fullest."

In fact, May believed that the only way to become fully human was to make free choices and then commit to them. He saw psychotherapy as playing a vital role in empowering individuals to do just that.

Existential philosophy along with psychology ought to liberate individuals, rather than confine them to a set of symptoms, a diagnosis and limiting beliefs.

The individual, and his or her own unique experiences of suffering, depression, and anxiety are invaluable in the healing and recovery process. Rollo May's many notable works have repeated these beliefs again and again.

The following selection of Rollo May quotes highlights his theory and can serve as a reminder that an individual's own unique experience is both valid and valuable.

Instead of offering commentary on each quote, we'd like to encourage the reader to reflect on them and to draw your conclusions. May you find inspiration and powerful food for thought in the words of this seminal thinker.

Rollo May Quotes On Depression

Rollo May Quotes On Creativity

Rollo May Quotes On Suffering

Rollo May was a scholar, therapist, author and above all, a man who believed in the potential of every human being. Yes, that includes you! No matter what mental conditions an individual struggles with, there is always courage and strength within to begin again and experience freedom.

Bring More Balance To Your Life With Emotion Regulation Skills

What Does The Tarasoff Ruling Mean For Modern Therapy?
For Additional Help & Support With Your Concerns
Speak with a Licensed Counselor Today