The Dangers Of Conversion Therapy: Statistics, Study, And Controversy

You likely know that therapy is an important resource for people who are struggling with mental health issues. There are so many different types of therapy out there that are beneficial to people who are truly in need. Furthermore, it's becoming easier than ever to get treatment because society is gaining a better understanding of mental health issues. However, there are still many things that people don't understand.

True mental illness certainly needs to be treated with care, but some therapeutic methods aim to treat people for conditions that should not be classified as a mental illness at all. Conversion therapy is a type of therapy that is designed to convert people who are homosexual into heterosexual beings. As part of that process, it unfairly tries to force people to deny who they are. 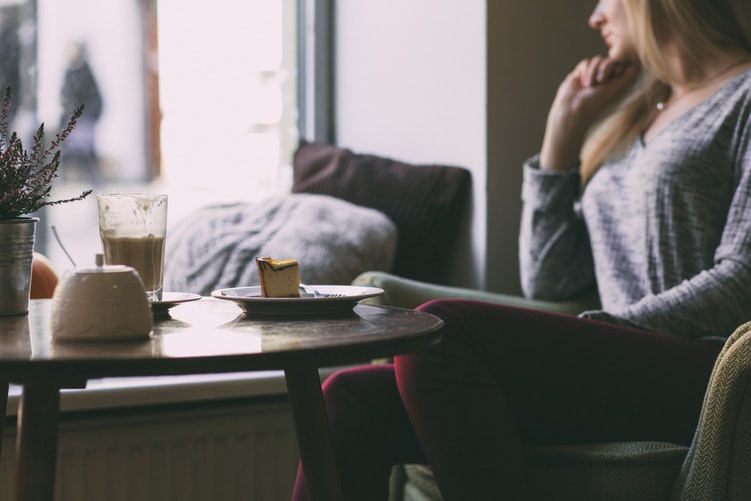 Wondering If Conversion Therapy Is Dangerous?
Learn The Truth. Schedule A Session With A Board-Certfied Therapist Online Today.

What is Conversion Therapy?

Conversion therapy aims to change homosexual individuals and eventually turn them into heterosexual members of society. Needless to say, this is a type of therapy that is extremely offensive to many people. The LGBTQ community actively fights it because it does significant harm to the people who are forced to go through it.

Being gay or different in some way can already make life more difficult because society can be unfair and judgmental toward people who do not bend to heterosexual norms. For example, many people in the world feel that it is morally wrong for people to be homosexuals. When a person comes out as being gay, they deserve love and support from the people in their lives. Sadly, not everyone has family members that will accept who they are. Some people have relatives who have tried to throw them into religiously motivated conversion therapy programs, hoping they can turn their sons or daughters "back to normal."

If you're going through problems like this as a member of the LGBTQ community, please understand that you're not alone. Many people have been able to get the support that they need after coming out by working with the professional therapists at BetterHelp. If you don't have a support system in place, then you should know that there are still people who care about you and your wellbeing.

Social Acceptance of the LGBTQ Community

Society is at a tipping point when it comes to this subject matter. Many heterosexuals stand with the LGBTQ community and wish to abolish practices such as conversion therapy. Unfortunately, some people will seemingly never accept other individual's rights to be who they are. Sometimes this is motivated by religion, and other times people simply feel threatened by homosexuals because of homophobia. Not everyone is raised to be tolerant of other people and their right to exist. Regardless, you should know that societies all around the world are realizing that love is love and that homosexual people deserve the same opportunities offered to heterosexual people. At the end of the day, we're all just people. 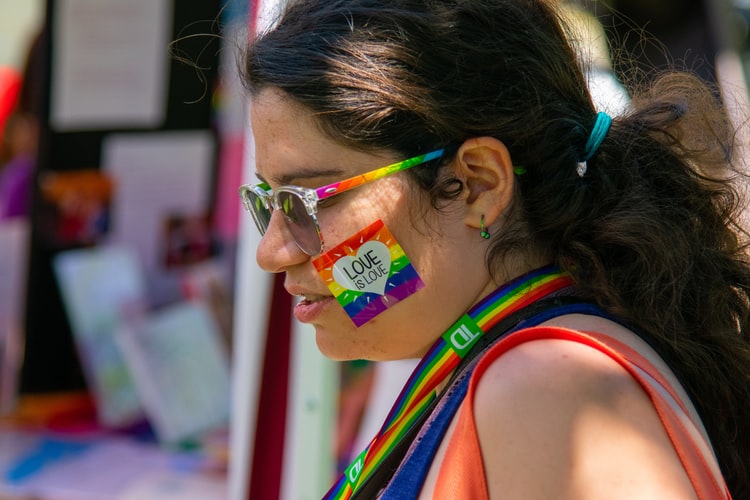 This is certainly a worldwide problem, but you should know that the statistics and information in this article come from an American perspective. Regardless of how you feel about homosexuality, try to examine this issue with an open mind. Remember that gay people face a significant amount of prejudice, whether or not you choose to approve of their life choices. Conversion therapy has the potential to be psychologically damaging for gay individuals, and thanks to the information in this article, you'll be able to see how negative its effects can be. As you read on, you will also see statistics that show how this type of therapy works and why some groups try to use these methods to convert homosexuals. In addition, studies will be examined, and you will hear more about why this type of therapy is controversial.

Unfortunately, conversion therapy is extremely harmful to the psychological health of the people who have to endure it. Essentially, therapy like this tries to force someone to deny who they are. It causes them great anguish and can even lead to mental health complications. Some studies show that people who are exposed to this type of therapy experience depression, suicidal thoughts, suicide attempts, and setbacks in life accomplishments. 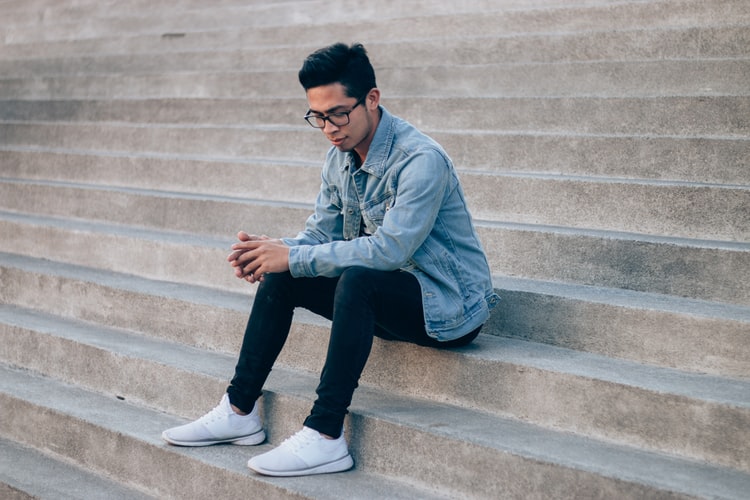 Wondering If Conversion Therapy Is Dangerous?
Learn The Truth. Schedule A Session With A Board-Certfied Therapist Online Today.

Knowing this, it should not surprise you to hear that this therapy is now considered to be unethical. The American Psychiatric Association (APA) has taken a strong stance against conversion therapy. It is known to cause people psychological harm, and there is zero evidence that these therapies can change a person's sexual orientation. The APA also notes that there is no reason for a person to change their sexual orientation.

Why Does Conversion Therapy Exist?

If there's not any evidence that conversion therapy works to help people change their sexual orientation, you might be wondering why it exists in the first place. Many people wonder this, and there is no clear answer, aside from the fact that some people are uncomfortable with homosexuality. There are a large number of people who are religiously opposed to homosexual or alternative lifestyles. When these people find out that their children are gay or transgender, some of them seek out conversion therapy.

Many people have conversion therapy forced on them. Individuals who have longstanding beliefs about homosexuality being sinful or somehow wrong may even think that they are doing the right thing for their children or other people they care about. There is a rift when it comes to what the scientific community knows to be true about conversion therapy and what other communities believe about it. These differences have caused many people to suffer.

In America, some places have banned conversion therapy outright, but this is not a country-wide ban. In many places, it is frowned upon, but sometimes religious organizations will brand the therapy differently. For example, some institutions may refer to the therapy as a religious getaway or something along those lines.

If you count yourself among the many LGBTQ people in the world, then you should do your best to be yourself. It can be scary when many people do not understand who or what you are. Even so, it is important to find the strength to keep moving forward. Life is not always going to be easy, and if you're currently struggling, know that there will be better days ahead.

Knowing the dangers of conversion therapy is important. If you are a heterosexual and someone in your life is gay, then you should do your best to accept them for who they are. Their sexual orientation does nothing to diminish their value as a person, and you can have a loving relationship with them based on mutual respect. If you ever hear anyone talking about conversion therapy, do your part to let them know how dangerous it is.

People must understand how much this type of therapy puts the health of LGBTQ individuals at risk. It increases the chances that they will take their own lives and makes them feel as if they are not allowed to be truly free. In time, this practice may fade into obscurity, but people need to be diligent about preventing it in today's world. Look out for yourself and for those you care about. 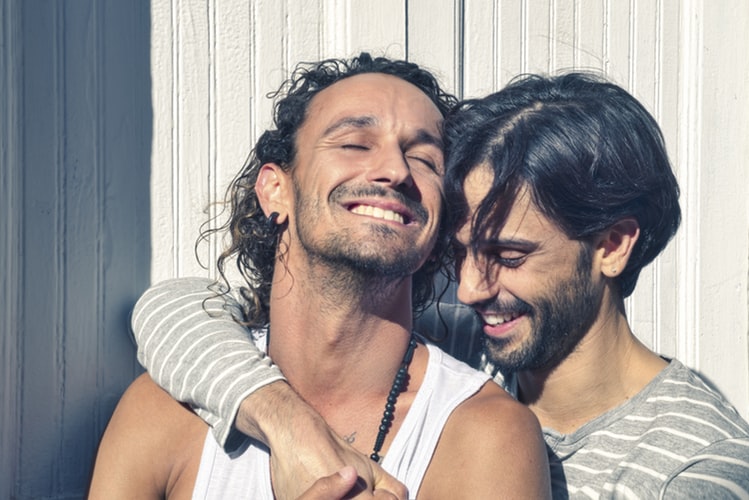 Online Therapy Is Always There for You

If you're struggling because people in your life can't accept your sexual orientation, then you should know that online therapy is always there for you. Reaching out for therapy may not be easy, but it's helped a lot of people. Many individuals prefer to keep things private; they would not want their loved ones to see them walking into a therapy office, so they use online therapy anonymously to get help from the comfort of their own home. It's a discreet way for you to talk to a professional and get the help you need.

The skilled online therapists at BetterHelp understand what you are going through. They offer various types of therapy, and they will be able to assist you with the most modern techniques. You will even be able to choose from many therapy options such as video therapy, e-mail therapy, text messaging therapy, and traditional phone therapy. Please take the time to look at some of the BetterHelp counselor reviews below to see how others have been able to find support.

Counselor Reviews "I was lost in anxiety and Dr. Wright completely understood. I kept wrestling with my thoughts and she helped me to start to let go of negative thoughts. I'm still working on it and I enjoy texting her my progress. I feel understood and fully supported."

"Diane supported me through some significant transitions in my life related to my career, sexuality and desire to start a family. She did so with patience, skill and kindness. I feel better able to tackle the next chapter of my life thanks to her guidance. I highly recommend Diane to anyone who needs to feel immediately at ease, empowered and not judged."

Conversion therapy should not be considered as a "therapy" because there is no reputable data showing successful treatment. In fact, it tends to produce severe psychological side effects like depression and even suicide. As a result, it should be abolished. If you feel like you need support after coming out as a member of the LGBTQ community, know that there are accepting, supportive individuals in this world. It is possible to live a happy and healthy life while being accepted for who are. Take the first step today.

What Are The Different Types Of Behavioral Therapy?

Managing Schizophrenia: Therapy Options To Consider
For Additional Help & Support With Your Concerns
Speak with a Licensed Counselor Today