What Is Rapid Eye Movement Therapy?

We're all familiar with rapid eye movement, or REM. In this post, we will look at what REM is, and what a therapy associated with REM is as well. 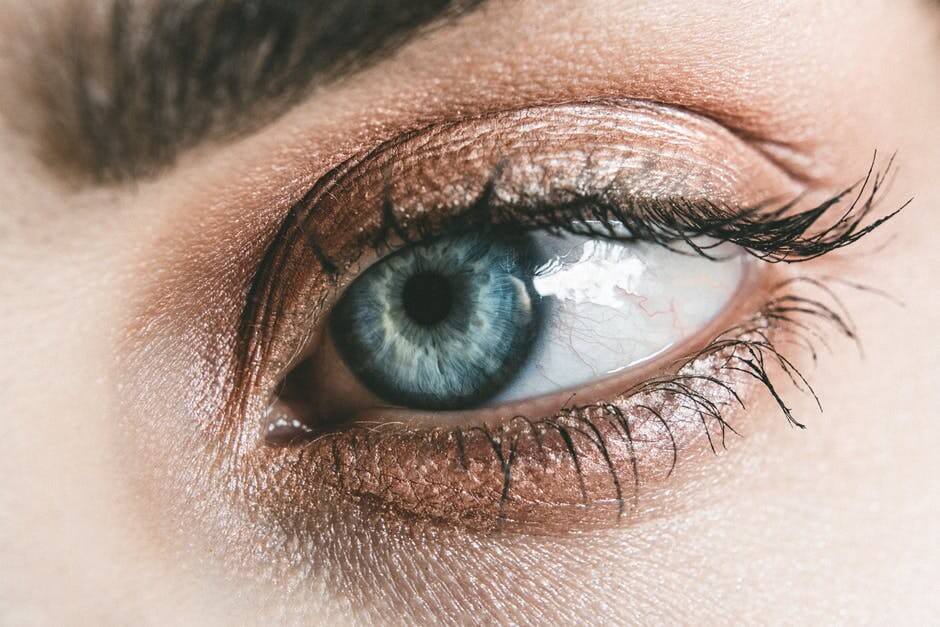 REM, or rapid eye movement, is a stage people experience when they sleep, and it can occur at different times throughout the night, making up about a quarter of someone's sleep cycle in adults. It involves the jerky movement of eyes, and it is the cause of most of our dreams. It can also help with our memory, mood, and how we learn.

REM sleep involves our brain being active at a pace that's almost as much as if we were awake, and the breathing patterns of sleep can become fast and inconsistent. When we drink alcohol, this can reduce the strength of REM sleep and make it happen less often.

When we fall asleep, the cycle begins with sleep that is not REM, and then it goes into the REM phase. The first stage is quite short, and it can last for 10 minutes or so. However, as the sleep goes on, it can last quite a while. Up to an hour by the final phase of your sleep.

People who go through REM sleep may experience changes and almost appear they are about to wake up. Your heart rate, body temperature, blood pressure, arousal, oxygen levels, and your body movements may change or twitch. You may also be in some form of temporary paralysis while you are in this phase. Your brain tells your spinal cord to stop the movement. This may be designed as a way for you to not act out your dreams.

What about other types of sleep.

Now, let's look at non-REM sleep. This is a 5-15 minute session that happens multiple times throughout the night. The first stage involves a person being in-between awakedness and sleep, and this can involve light sleep.

In the second stage, it's slightly deeper. Your heart rate and body temperature lower. Then, there is stage three. This is known as delta sleep because it's deep and can restore you. In this phase, your muscles relax, your body and tissues begin repairing itself. So does your energy levels.

Aging can affect how your body gets this type of sleep. Younger adults usually get around two hours, while the older population may have only 30 minutes of restorative sleep.

REM sleep can affect one's learning. For example, if someone was taught something before bed, they may not be able to remember it without enough REM sleep. There have been studies that have shown that in rats, having four days of sleep deprivation in the REM department can affect the brain and make it so that their long-term memory is affected. With that said, both kinds of sleep are important to a person's learning.

In infants, REM sleep is needed for brain development, and that is one of the reasons why a baby gets plenty of rest. This may also explain why REM sleep goes down with aging since the brain doesn't need much more growth.

If someone does not get enough REM sleep, there may be some side effects. Sometimes, your coping skills may not be as reduced. You may get migraines, and in younger people, the lack of REM sleep may lead to being overweight.

Now, let's look at REM as a therapy. 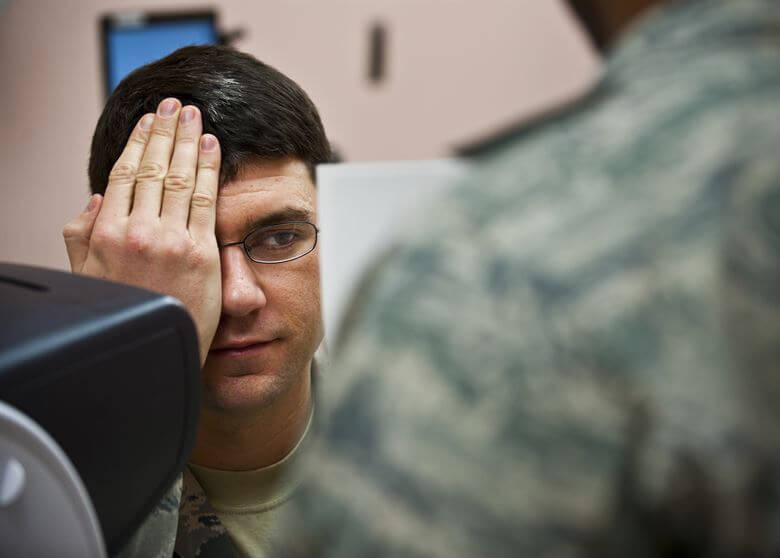 The form of therapy that involves eye movements is known as eye movement desensitization and reprocessing, or EMDR. It's a form of therapy that is newer and not being part of the tradition. Despite this, it has been increasing in popularity. One thing it can treat is PTSD, which is a post-traumatic stress disorder. PTSD can happen after a trauma such as military, assault, rape, and anything else tragic. As it is new and obscure, it's a bit controversial, especially because of how it approaches the issue.

Most forms of counseling rely on talking, medication, or other forms of therapy. EMDR uses rapid eye movements to treat someone. EMDR uses the rhythmic movements of the eye, and the idea is that this can help someone treat the pain that is associated with tragedy. 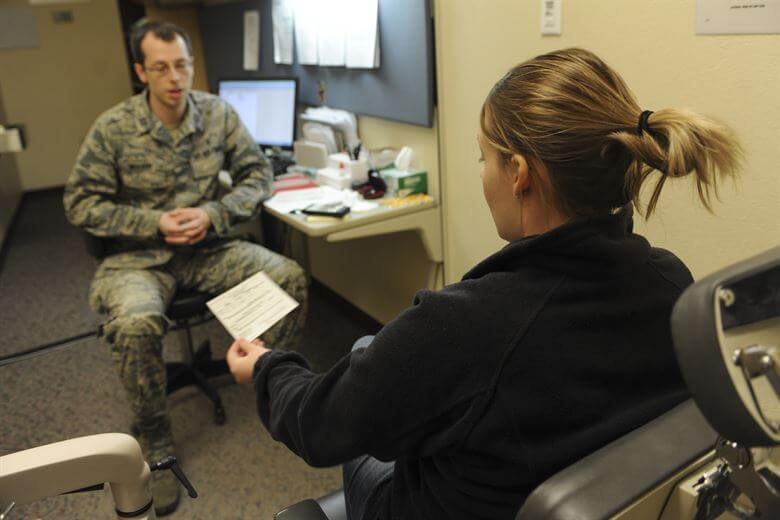 When you go into an EMDR session, this can happen an hour and a half. The therapist's fingers will move back in forth, almost like a pendulum, and you must follow the motions while the therapist tells you to remember a traumatic event. This recall can involve how you felt and the bodily feelings associated with the trauma. There may be other alternatives to fingers, such as tapping or music, but either way, the goal is still the same: to get a person's eyes to moving back and forth.

As you recall the trauma, you'll be asked to think of more positive thoughts. The goal is to associate the treatment with the positive while weakening the negative emotions one has. The therapist beforehand will know how distressed you are, and this can allow them to figure out how powerful the treatment can be.

EMDR is not only treatable for PTSD, but also for other problems as well. It's believed that EMDR may be able to calm down panic attacks, fix eating disorders, get rid of addictions, and help to manage your anxiety. This anxiety is especially useful for feats as well.

EMDR was developed by Francine Shapiro back in 1989, and since then it has grown, with over 20,000 practitioners involved with the process. One day, she was taking a walk in the woods and noticed how her negative emotions would go away as her eyes moved around. She tried this with her patients and noticed a similar effect.

And thus, EMDR was born. EMDR is quite safe, as it just involves moving around your eyes. It's still debated as to whether or not it's truly effective or not. Some studies seem to have found promising results, while others have pointed out that the studies are too small and cannot be used.

Recently, there have been guidelines released by some professional psychic organizations. This has given some credibility to the practice, and they tell who can help benefit from EMDR. The APA acknowledges that EMDR may be good for those who have mild to chronic PTSD, and especially for people who have problems talking about their trauma. However, it's unknown if the treatment is sustainable, and thus more research is needed. Meanwhile, the Department of Veterans Affairs, as well as the Department of Defense, have looked at EDMR and have determined that it can be good for PTSD, and it doesn't matter if the PTSD was caused by the military or nonmilitary.

In short, EDMR does seem to work, but how does it work exactly? As it turns out, no one knows for sure why it works, and there need to be more studies to try to figure it out. There are some ideas, however. One theory is that it helps divert the attention away from the emotions associated with their PTSD. There are some principles EMDR borrows from, including prolonged exposure therapy, which is also used to treat PTSD. This can also help distract from issues such as anxiety, and allow a person to be able to take better control of their thoughts.

As you can see, it's quite unknown as to how it works, but let's look at REM for a second. It's interesting how in both cases, the rapid movement of your eyes can heal. In therapy, it may be able to treat your PTSD. In sleep, it's needed for you to be able to cope and to improve your memory and promote healing.

This isn't to say that there is a relation between both types of eye movement, but it is interesting, and it's why we discussed REM sleep in addition to EDMR. Both are healing mechanisms, with one coming naturally and one being discovered by humans. 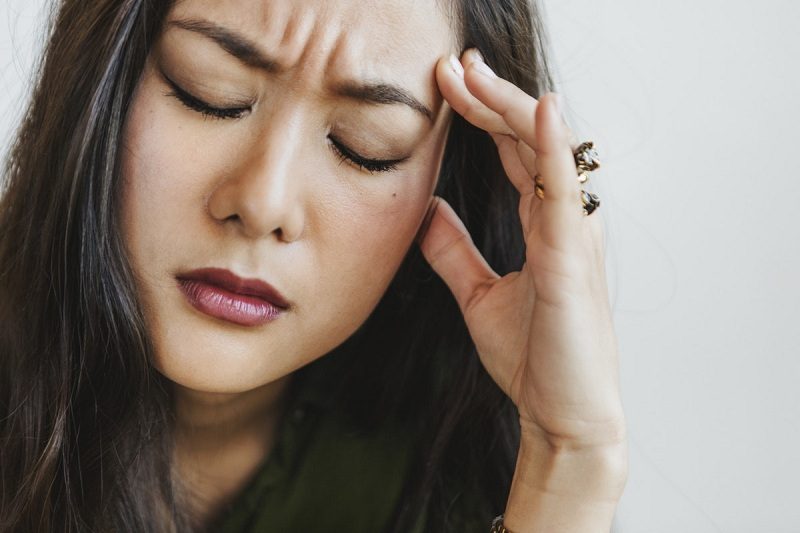 PTSD is terrifying to have. Just when you think you're out of the woods when it comes to dealing with your trauma, all you need is one flashback,and you become triggered. There are many ways to treat PTSD. Some use medication to help reduce anxiety, but this merely masks the problem. Often, therapy is important when you want to treat PTSD, and if you want to be able to treat it, you need to.

If you're dealing with PTSD or another mental illness, a counselor can be able to help you. They can help by giving you ways to be able to cope with triggers or self-defeating thoughts. If you are experiencing any of these, or just have another problem that needs fixing, a counselor can help. Speak to one today. You can be able to treat everything that bothers you and become a bigger person as a result.

What Is Primal Therapy? What Is EMDR? - EMDR (Eye Movement Desensitization And Processing) Therapy Explained Understanding The Difference: How Is Behavior Therapy Different Than Psychoanalysis What Is Cognitive Behavior Therapy? What Not to Say To Your Therapist: How To Make The Most Of Your Therapy Sessions  Therapy Apps For You Thera-Link Review: Is It A Worthwhile Therapy Service
The information on this page is not intended to be a substitution for diagnosis, treatment, or informed professional advice. You should not take any action or avoid taking any action without consulting with a qualified mental health professional. For more information, please read our terms of use.
Your session is about to expire!