Who Is Marsha Linehan? 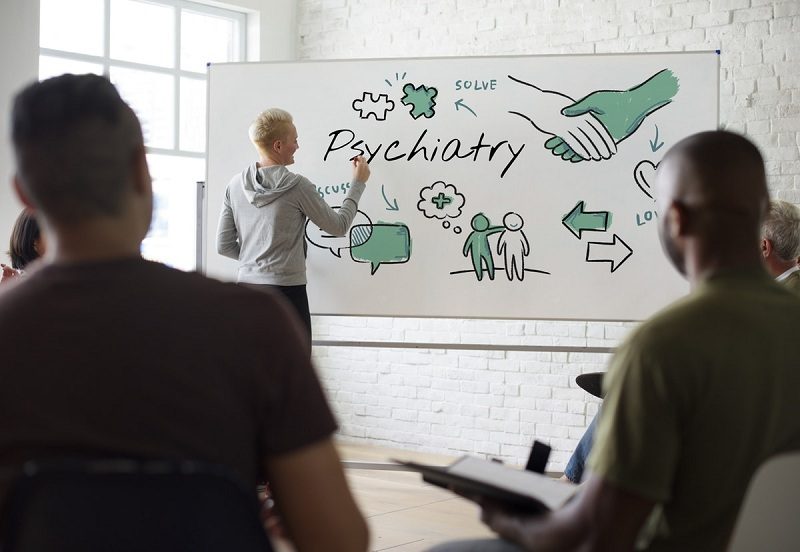 Most people who have studied behavior and psychiatry have heard of Dr. Linehan and her methods. She created a behavioral solution based on Buddhism and mindful thought called Dialectical Behavior Therapy or DBT. She is currently a University of Washington professor of Psychiatry and is also in charge of her research facility which studies and treats behavioral disorders.

Some might call her earliest childhood idyllic. As one of the middle of six children, she grew up in an oil family with piano lessons and surrounded by successful role figures. She admits to having felt inadequate in comparison, but it wasn't until high school when she would spend much of her time in bed with headaches that anyone saw a problem with her precociousness. Dr. Linehan was diagnosed as a person with schizophrenia early in life as a teenager. She was treated with inpatient therapy at the Institute of Living in Connecticut.

Her treatments there included medications as well as electroconvulsive therapy for which she suffered the side effects long after with memory loss. At the age of 17, she was locked into a small isolated room for severely disturbed patients because the staff was frustrated at her self-harm with anything that could be used as a weapon. She attacked her body constantly because she wanted to die, even resorting to banging her head repeatedly on the walls and floor.

Her frustrations at the time not only stemmed from the fact that she wasn't getting better, but that she felt untouched by the attempts. In fact, she made a vow to herself that if she ever overcame the problem, she would one day come back and help others to "escape." She left the institute at 18 and had since self-diagnosed that it was more likely she was suffering from borderline personality disorder rather than schizophrenia. She subsequently went to Loyola University in Chicago where she studied psychology, graduating in 1968. She continued to finish an M.A as well as a Ph.D. specializing in experimental and social personality psychology and lecturing on the subject as well which began her interest which would eventually lead to the creation of DBT.

While there she continued to lecture at the Catholic University of America before leaving to join the Psychiatry and Behavior Sciences department at the University of Washington where she has continued to work for the past 40 years. She is also now the director of Behavioral Research and Therapy and a member of various professional organizations.

During her career, Dr. Linehan has been awarded several times including a Lifetime Achievement Award for her work with suicide victims and the Outstanding Educator Award for Mental Health Education. Much of her studies have made their way into various scientific journals, but her books and publications are focused on her treatment manuals for Borderline Personality Disorder. 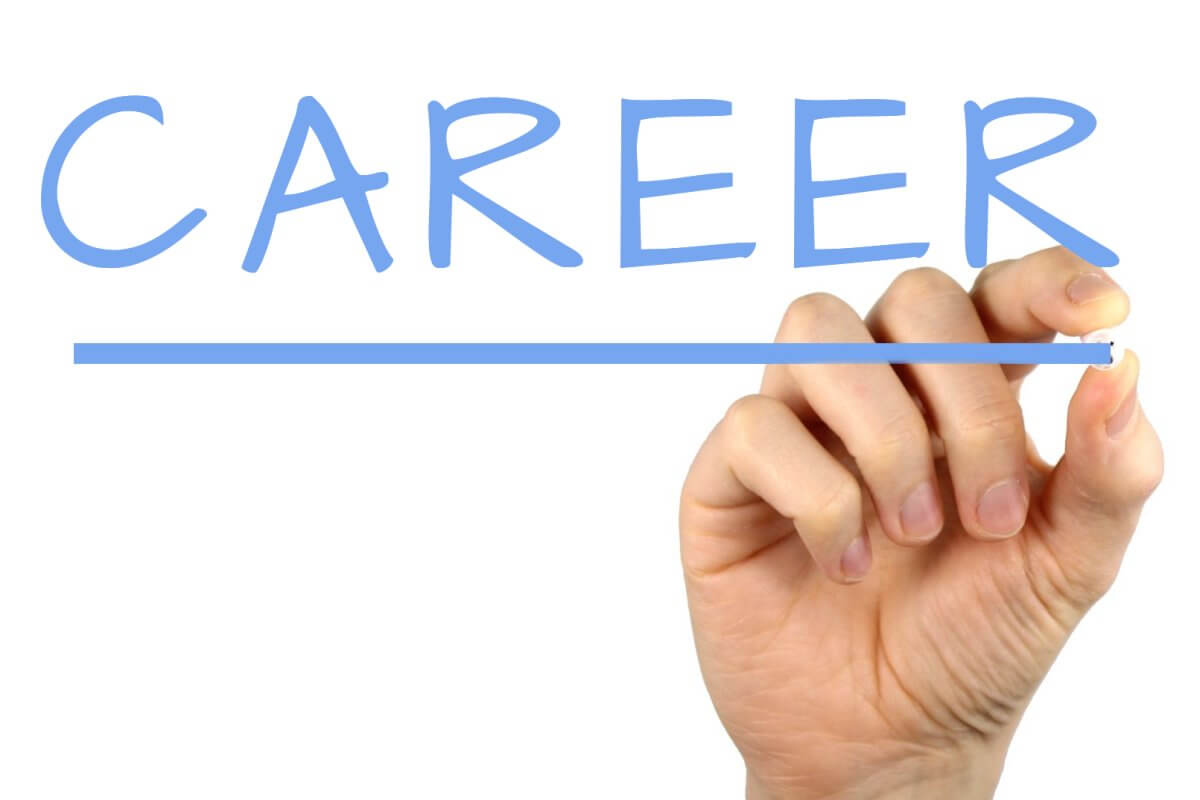 DBT is primarily used to treat various personality and mood disorders, but it can also be used to treat those who have destructive behavioral patterns. It works by teaching people to be conscious about their behaviors, recognize their triggers and how the events leading up to the behavior before making a conscious decision which coping method is best to apply. DBT is designed for people who are already trying to fix their behaviors but may need some extra skills; it works best on those who function well with a positive/negative reinforcement method.

This is a modified form of CBT which was created in the 80's specifically to help those who were suicidal or dealing with a borderline personality disorder, but it's now used much more widely. While the effects are not revolutionary with DBT, they are consistent. It's used both in the group and individual settings and has tools like chain analysis and diary cards to track behaviors.

Studies of DBT show it is an effective strategy which gives the patient better problem-solving skills and to improve their assertiveness. Patients that suffer from personality disorders often struggle with interpersonal skills, not because they have none but because they have difficulty with saying no or being assertive. They may be incapable of saying it unless they analyze the situation consciously to determine that is the correct answer.

There are four modules for DBT patients - Problem-solving, FAST, GIVE, and DEARMAN. The problem-solving module is part of self-therapy and is taught by a professional to the patient so that they can better self-evaluate their behaviors and subsequently apply one of the other modules to handle the situation.

A woman who doctors described as "one of the most disturbed patients" seems such an unlikely choice to be one of the best therapists in the industry. However, it has given her unique insight into her patients because she has experienced what they're going through. Her early symptoms included self-mutilation and a struggle with suicide. She has always been accepting of this struggle, something that has been both cathartic and difficult since many other noted psychologists disagree with her.

As far back as Ancient Greece healers have shown that by using their own experiences they can better understand their patients. Freud and Carl Jung are among two of the most noted psychiatry names which suffered from their mental demons.

Another reason her mental health struggle is important is that it also gives patients hope. Hope that one day they might experience being cured, and have fulfilling lives. Many times therapists have to use a certain amount of introspection to treat patients better and being able to see the patient's issues from the patient's view is key in many mental health treatments. In 2011 she decided to go public with her struggle for the first time. She went back to the Institute of Living where she first began her struggle and courageously came forwards

The fact that despite a difficult and possibly wrong diagnosis at a young age she has become successful has given hope to many. She has shown that there is no specific "cure" by creating a system that worked for her rather than listening to what others prescribed. In this way, she is fostering many other patients to introspection so that they can better understand themselves and choose more appropriate treatment methods.

While Dr. Linehan spent decades studying psychiatry and trying to understand her condition her "aha" moment came in 1967 while recovering from yet another psychiatric episode. After enrolling into Loyola, she tried to reconnect with her Catholic faith and spent much time praying at the chapel there. During one of these times, she had an experience that left her feeling transformed. While she still struggled with feelings of devastation, especially after a bad romantic break up, she found that she no longer felt the deep-seated need to harm herself.

What had changed was very simple - she accepted herself. A radical idea. Many people struggle with similar feelings, and her examination of her behavior helped her understand the gulf that was causing them. Much of her attempt to destroy herself stemmed from the fact that the person she wanted to be and the body she was in didn't match in her head which left her feeling that she was missing out and shortchanged.

Acceptance has become the core of most of her behavioral coaching - acceptance that change is possible, and that acting differently can eventually change behaviors that have become every day rather than trying to change the thought process and stopping the behavior.

Part of what makes her so relatable is that when dealing with suicidal thoughts, the main reason most people have them is that death is seen as a release from the suffering, and without accepting the patient is suffering the thoughts cannot be analyzed and understood. Her decision to work with the worst patients, people like herself, and to get them to understand "acceptance" as a method of treatment rather than an all-out cure has helped make sense of suicidal tendencies from both sides. 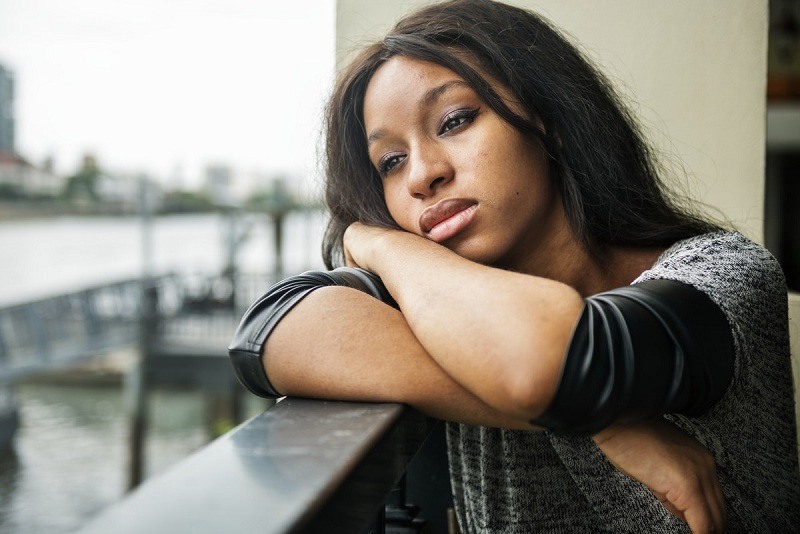 While Dr. Marsha Linehan's method and realizations might not seem all that revolutionary, she has certainly made it possible for people who suffer similar mental anguish to see the light at the end of the tunnel. While most therapists can tell you to change your behavior, the fact that her own experience shows that it ultimate "change" has to come from within to make a difference is something many therapists struggle to teach.

If you're struggling with suicidal thoughts and self-harm, then it's essential to reach out and talk with someone. While not all therapists have the same intimate understanding that Dr. Linehan has, researching who will work for you can prevent you wasting time with a therapist that doesn't understand you. A site like BetterHelp can give you insight into who you're working with and find someone who can offer you hope the way Dr. Linehan has to her patients.

What Is Discontinuation Syndrome And What Should I Do About It?

What Are Motivational Interviewing Techniques And How Are They Used?
For Additional Help & Support With Your Concerns
Speak with a Licensed Counselor Today