A Case Of Classical Conditioning

Phobias come in many forms and types but are all generally characterized as an excessive or irrational fear reaction. Contrary to general anxiety disorder (considered to be related to phobias), the symptoms are typically connected to something specific, such as a place, person, object or situation, rather than just general feelings of unease. The effects of phobias can range in severity from mere annoyance to debilitating disability.

For some, the effects can be so extreme and all-encompassing that fear takes over. Identifying your fears while taking palpable steps to change your reactions can give you a sense of control and purpose. Fear is an emotion that you can regulate with attentive practice, which can become second nature over time.

Understanding The Roots Of Phobias

Many different factors play into the development of phobias, including both biological and environmental factors. Distressing events, exposure to a parent or relative with a phobia or anxiety, and changes in brain function, such as traumatic brain injury, are each linked with increased risk for development of phobias.

For many people, different factors play into the development of a physiologically reactive phobia or fear. Conditioning is a way that our reactions and feelings are molded both in ways we can point to and ways that we can't. Many fears or phobias may have developed as a reaction to something that happened to them in the past through conditioning. When a negative experience is linked with a certain event or object, and those events or objects are presented again, an extreme fear response may be triggered. 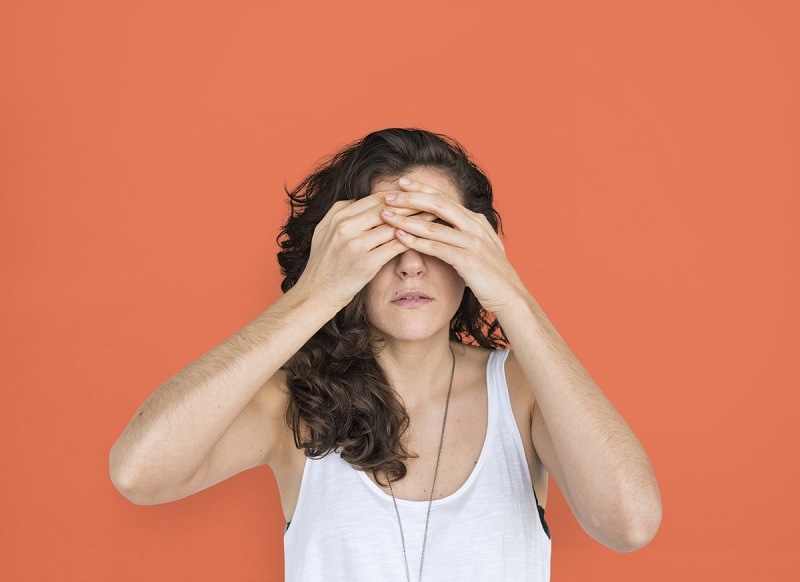 Fear Of Being In Public

Speaking to a professional can be one way of learning to overcome and assuage your fears and anxieties. For those with agoraphobia or the fear of being in public, getting in touch with a therapist digitally can be a game changer. BetterHelp is a resource designed to connect licensed mental health professionals with those in need of specific and affordable care.

The process of establishing a lasting change is worthwhile. Conditioning is a process of learning that can take time to rethink and relearn. Working with a licensed mental health professional is a good way to get started on that journey. Getting started is one of the hardest parts, and hope can be derived in the process of working to uncover the root of your problems. 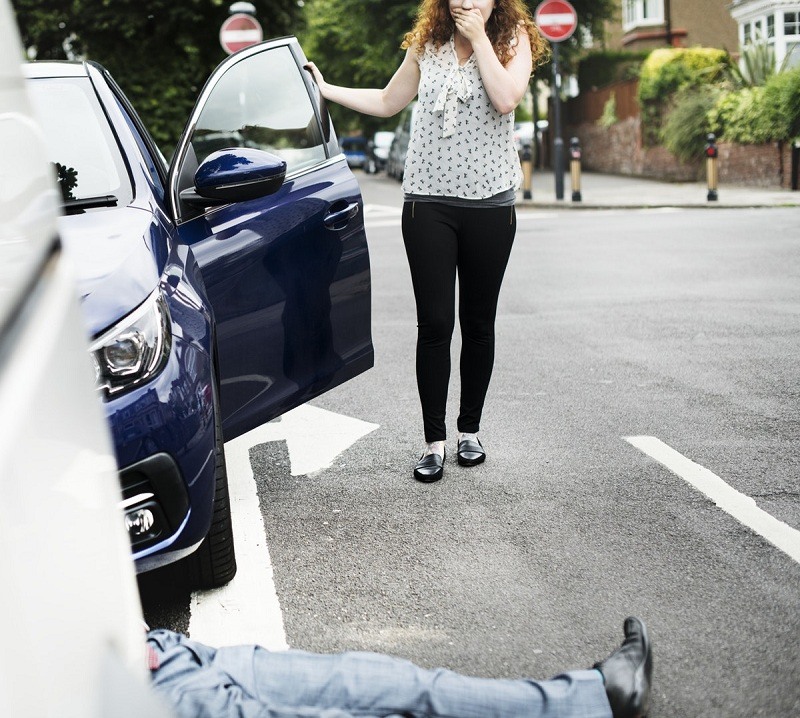 An abnormal fear of being buried alive is called taphophobia, from the Greek word 'taphos' or grave and 'phobos' meaning fear. This phobia was not irrational in days gone by. Up until the 18th century, there was a real fear of being buried alive. At the time, there were many recorded cases of someone being incorrectly pronounced dead and nearly buried. Many urban legends were spread of people being accidentally buried alive or regaining consciousness at the time of a funeral. Stories about coffins being opened years after burial to discover a corpse with its hands clawing at the linings were enough to frighten the general public. Frightening stories written by Edgar Allan Poe did nothing to calm the nerves of fearful believers of these stories and legends.

During the 18th century, doctors began teaching and practicing 'mouth-to-mouth resuscitation' and what we now call CPR because they had discovered that these techniques were effective in reviving an unconscious person or a person who did not appear to have a heartbeat. There was an awakening to the possibility of suspended animation and coma, which inspired people to learn how to revive a person from apparent drowning or wait for a person to awaken from a coma. By the 20th century, people started having more confidence in the medical profession, being able to diagnose death. Taphophobia became a rare occurrence in developed countries, but it still exists among people in underdeveloped countries or areas of severe isolation.

Taphophobia is an irrational fear that is related to other fears, such as a fear of death, tombstones, cemeteries, and enclosed spaces (claustrophobia). For most people, death is frightening. People who are already suffering from depression or anxiety are more apt to develop taphophobia or any phobia for that matter. People who have had frightening, near-death experiences, such as being trapped in a mine or trapped by an avalanche can later develop taphophobia. This fear can be unwittingly instilled by parents who tell scary stories to their children or allow their children to watch grizzly TV shows. Some computer games can twist the minds of children and adolescents so that they have unhealthy thoughts, which can develop into taphophobia.

Phobias can be caused by trauma. Nearly drowning, being in a serious accident, living through a coma, having a brain injury can often change a person's mental functions and bring on anxiety. Left untreated, the fear can cause depression, which can turn into a phobia.

Chronic and prolonged substance abuse (drugs or alcohol) can change a person's capacity to think logically. The chemicals can cause changes in the cells of the brain. Most often, the person who is suffering is not even aware that they have developed a phobia, and it goes untreated. Getting people who are abusing drugs and alcohol to accept treatment is a severe societal problem. 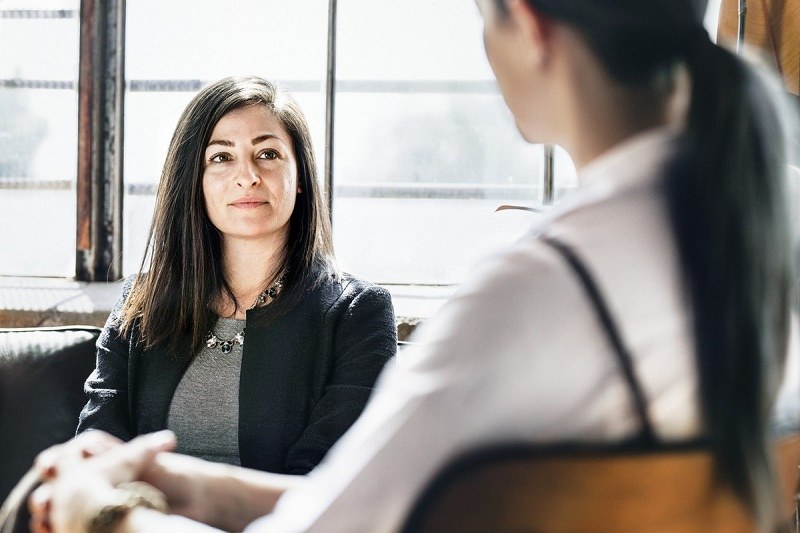 One phobia can lead to other phobias. Confronted with a situation for which a person has anxiety can result in a panic attack that can be debilitating and cause symptoms, including physical pain that are unbearable. When this happens, the only recourse is medical intervention. The Anxiety and Depression Association of America states one in three people who have experienced panic attacks will retreat from society and become house-bound and develop a phobia.

Treatment of taphophobia is the same as treatment for any unreasonable fear - seek professional help. Talk to your doctor if your fear is interfering with your daily life or with your personal or social interactions. You may be able to be treated for severe anxiety, which may alleviate your fear. Doctors often prescribe antidepressants, beta-blockers, and benzodiazepines (anti-anxiety drugs). Your doctor may refer you to a therapist, a psychiatrist, a counselor, or a hypnotist. The one thing you do not need to do is ignore your fears and let them control your life. A professional may suggest that you adopt a lifestyle change, which could include physical exercise, Yoga, Tai Chi, or meditation. These mind-over-body practices are well-known to overcome stress, anxiety, phobias, and depression. What Is Vicarious Trauma? Better Health Is Possible When Healing Past Trauma With Professional Help Fight Flight Freeze: How To Recognize It And What To Do When It Happens Post Traumatic Growth: Is It Really Possible To Change For The Better After Trauma? Trauma Therapy | What Is Trauma Therapy And How Does It Work To Combat Trauma? What It Means To Struggle With Psychological Trauma And What You Can Do About It
The information on this page is not intended to be a substitution for diagnosis, treatment, or informed professional advice. You should not take any action or avoid taking any action without consulting with a qualified mental health professional. For more information, please read our terms of use.
Your session is about to expire!