The Truth About Why Do Bullies Bully

Do you remember the first time you ever encountered a bully? While this is hardly a pleasant thought exercise, the sad reality is that everyone has encountered a bully at one point or another, whether you were the target of their aggression or you knew someone who was personally impacted by a bully’s actions. Sadly, some people’s first experiences with bullying began in kindergarten, as in the tragic case of this little boy, who experienced horrific abuse at school when he was only 5 years old.

It’s horrifying that bullying can begin at such an early age but anyone who has ever survived high school can tell you that, sadly, it doesn’t end there. In fact, as kids reach adolescence, bullying often escalates. But have you ever wondered why bullies bully? What drives a child or teenager to torment other kids, especially in an era when we have so many anti-bullying campaigns? In this article, we’ll explore the harsh reality of bullying and learn why some kids bully others.

What Is A Bully?

For starters, it’s important to begin by learning more about what bullying really is. Put simply, a bully is someone who is physically or verbally abusive to someone else or has repeatedly used manipulation or aggression to control another person. Although bullying can certainly occur in adulthood, most cases of bullying involves children, and over three million children are bullied every year. When we narrow our focus and look specifically at cases of bullying among teens, we find that studies show 30% of adolescents from 12 to 18 years old say they have been bullied at school. But now that we’ve examined some definitions and statistics, let’s take a closer look at the psychology behind bullying. Everyone has heard of bullying by now and the horrifying results from it happening all over the world. What is a bully? A bully is someone who is physically or verbally abusive to someone else or has repeatedly shown hostility or aggression to control or manipulate someone. Over three million children are victims of bullying every year and 30% of adolescents from 12 to 18 years old say they have been bullied at school.

A report from the Center for Disease Control (CDC) found that one in three students are (suggestion: is) bullied in school annually. We have all seen the heartbreaking consequences of bullying, which can be as simple as missing school or getting bad grades, to school shootings and suicide. But, where do bullies come from? Are they born that way?

Why Do Bullies Bully?

Whenever we’re confronted with the harsh reality of sadism and violence, people commonly question the factors that cause it. For example, we might wonder if violent people were “born bad” or if they were negatively affected by something they experienced. Is it possible that some people are just bullies from birth? Experts and the media have debated this issue for many years, and the majority of professionals believe that bullies are made and not born.

In fact, studies show that most bullies have actually experienced at the hands of someone else. Over 60% of those who bully others are either physically, mentally, or sexually abused by their parents or someone else in their household. Sometimes children are also bullied at school and they process this abuse by bullying others in turn. In cases where a child experiences abuse at home and/or at school— and later goes on to bully others— the American Psychological Association has observed that traits such as sadism and aggression can be learned and absorbed before a child turns five years old. If no one intervenes and the child does not receive help, these traits can become core facets of a child’s personality and have a tremendous impact on their future behavior and relationships.

When we consider the fact that many bullies are often abused at home or at school, it’s especially important to remember that insecurity is a significant underlying factor that drives a bully’s behavior. When bullies are targeting their victims, they may seem powerful, dominant, or in control. However, this is merely a facade. As cliche as it sounds, the old saying is true: many people put others down to make themselves feel strong.

If a child feels vulnerable and insecure, they may decide to pick on someone else in an effort to feel better about themselves. This is especially true if they feel jealous of the person they decide to target. While these motivations absolutely do not excuse bullying, they can help us develop new insights into the psychology of bullies and learn how to help children who are at risk of becoming bullies.

People often use the terms “psychopath” and “sociopath” interchangeably and even throw the words around casually by exclaiming, “You’re a sociopath!” if a friend says they love pineapple on pizza. But even though these words have been trivialised, it’s important to remember that sociopathy is very real and that bullies certainly can be sociopaths. However, it’s also important that a sociopath isn’t just someone who is mean or violent; sociopathy is a distinct mental health disorder with specific characteristic symptoms. In short, not all bullies are sociopaths and not all sociopaths are bullies, but occasionally, a bully may indeed turn out to be a sociopath.

It’s also important to remember that “sociopath” is not an official mental health diagnosis. Instead, the clinical term for this disorder is “Antisocial Personality Disorder” and it is characterised by a few very specific symptoms including:

If a child or teenager is exhibiting these behaviours, it’s highly likely that they are frequently in trouble at school and at home. So, if you think that your child or someone you love is being bullied by someone who displays sociopathic tendencies, these red flags may already be known to the school and they may be more quick to intervene. Many kids also bully others as a result of peer pressure. Although these kids may not be inherently cruel or sadistic themselves, they may go along with other bullies so that they can fit in and be accepted by their peers. Sadly, everyone can remember the feeling of being desperate to belong; whether you’re a child or a teenager, no one wants to be the kid that everyone laughs at. This desperation can often drive kids to behave in cruel or uncharacteristic ways if they think it will give them the acceptance and admiration of their peers. Although this absolutely does not excuse bullying, it’s important to be aware that peer pressure can be a powerful factor that motivates children to abuse their peers.

Why It’s Important to Understand Bullies

Abuse, insecurity, peer pressure, and personality disorders are only a few of the factors that cause someone to bully others, but these factors are among some of the most common and understanding them can go a long way towards improving our understanding of bullies. This understanding is vital if we want to prevent— and ultimately eliminate— bullying. Thankfully, in this day and age, we have a wide range of anti-bullying awareness campaigns and most schools have policies in place that are designed to stop bullying.

But if we consider bullying from a psychological perspective, the reality is that we can’t hope to end it until we understand it. If we can gain a deep and nuanced understanding of the factors that motivate children to bully others then we can intervene and help them before they are in crisis or cause harm to other children. Although bullying is never acceptable, it’s also important to remember that bullying behavior is always a symptom of something a child is experiencing.

Whether they are struggling with personality disorders, issues with socialisation, or they are being abused at home or at school, a child who bullies others is always experiencing something negative themselves. So, our awareness of bullying should always lead to an intervention for each of the children involved: the one who is being abused and the one who is abusing others. This intervention should, in turn, have a positive result that ends in both children receiving the support and counselling they need. If this can take place, then it may be possible to prevent years of physical, psychological, and emotional harm for both parties.

How You Can Help

So, if you suspect that your child or someone you love is being bullied, it’s important to remember that you can be a positive force for change. If your child is being abused at school or in a club or extracurricular activity, start by talking to the teacher and expressing the need for change. If your child is being bullied by a friend or family member, make time to sit down with the parents and talk about what’s going on. If this doesn’t help, you may need to escalate the situation by reaching out to the police or— in some extreme cases— getting a restraining order against the bully. But it’s also important to help your child get the mental and emotional support they need. Growing up can be a difficult and tumultuous experience for children even if they aren’t being bullied, but if your child is being abused, they will need a great deal of extra support. That’s why it can be beneficial to connect with a therapist who specialises in children and adolescents. A licensed mental health professional can help your child work through their feelings and provide them with positive tools and coping mechanisms to process their emotions in a healthy way.

So, if you want to empower your child to reach out and access the support they need through therapy, you may want to consider BetterHelp! BetterHelp is an online mental health provider run by licensed counselors and therapists who are passionate about making mental health care accessible to all. With the advances in modern technology, many people have gravitated toward online therapy because this format is more convenient in our hectic, fast-paced world. Rather than needing to amend your schedule to attend an in-person therapy appointment, online therapy is literally right at your fingertips; you can chat with your therapist from the comfort of your own phone any time you want!

A therapist who specialises in helping kids can work with you and your child together in addition to offering one-on-one sessions for your child. All of these sessions can be conveniently arranged via text, phone call, or video chat to suit you and your child’s needs. So, if your child is being bullied— or if you are the parent of a bully— please remember that you don’t have to solve these problems on your own. With BetterHelp, support is only a click away!

Previous Article
Fear of Being Buried Alive: Understanding Phobias
Next Article
Traumatic Bonding
For Additional Help & Support With Your Concerns
Speak with a Licensed Therapist
The information on this page is not intended to be a substitution for diagnosis, treatment, or informed professional advice. You should not take any action or avoid taking any action without consulting with a qualified mental health professional. For more information, please read our terms of use. 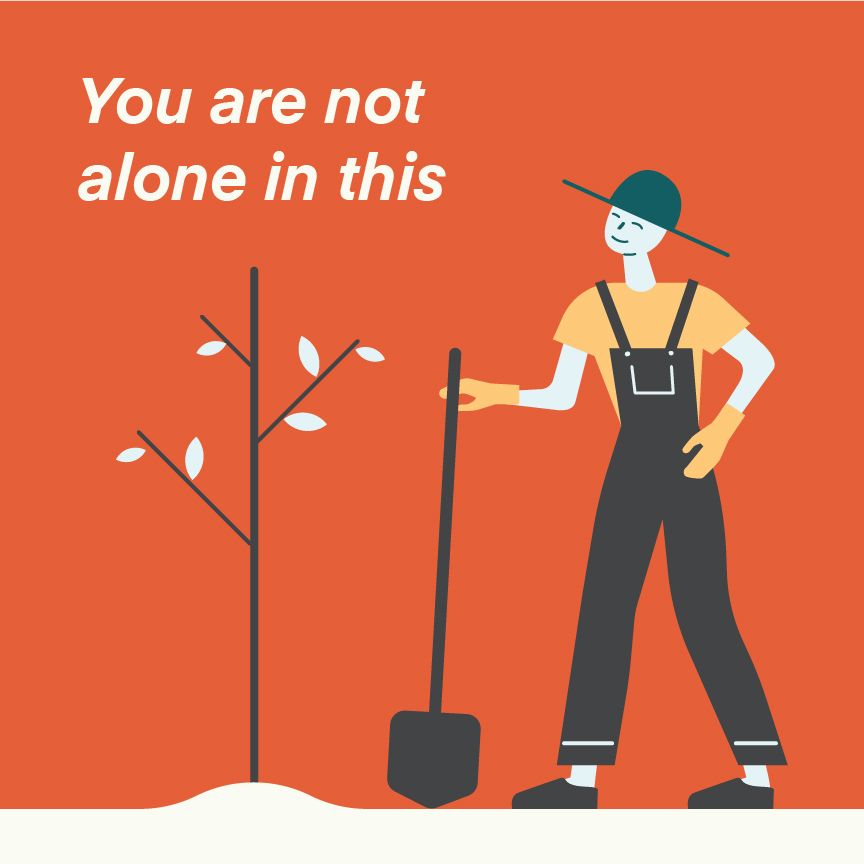