Advice Home
>Trauma
>Fight Flight Freeze: How To Recognize It And What To Do When It Happens

Fight Flight Freeze: How To Recognize It And What To Do When It Happens

Have you ever felt scared, threatened, or in danger? Chances are, you reacted one of three ways: fight, flight, or freeze. These are the natural responses in each of us. They can serve a purpose in the right moments, but can also stop you from doing what's best. Learning how to recognize these responses will help you know how to handle them. 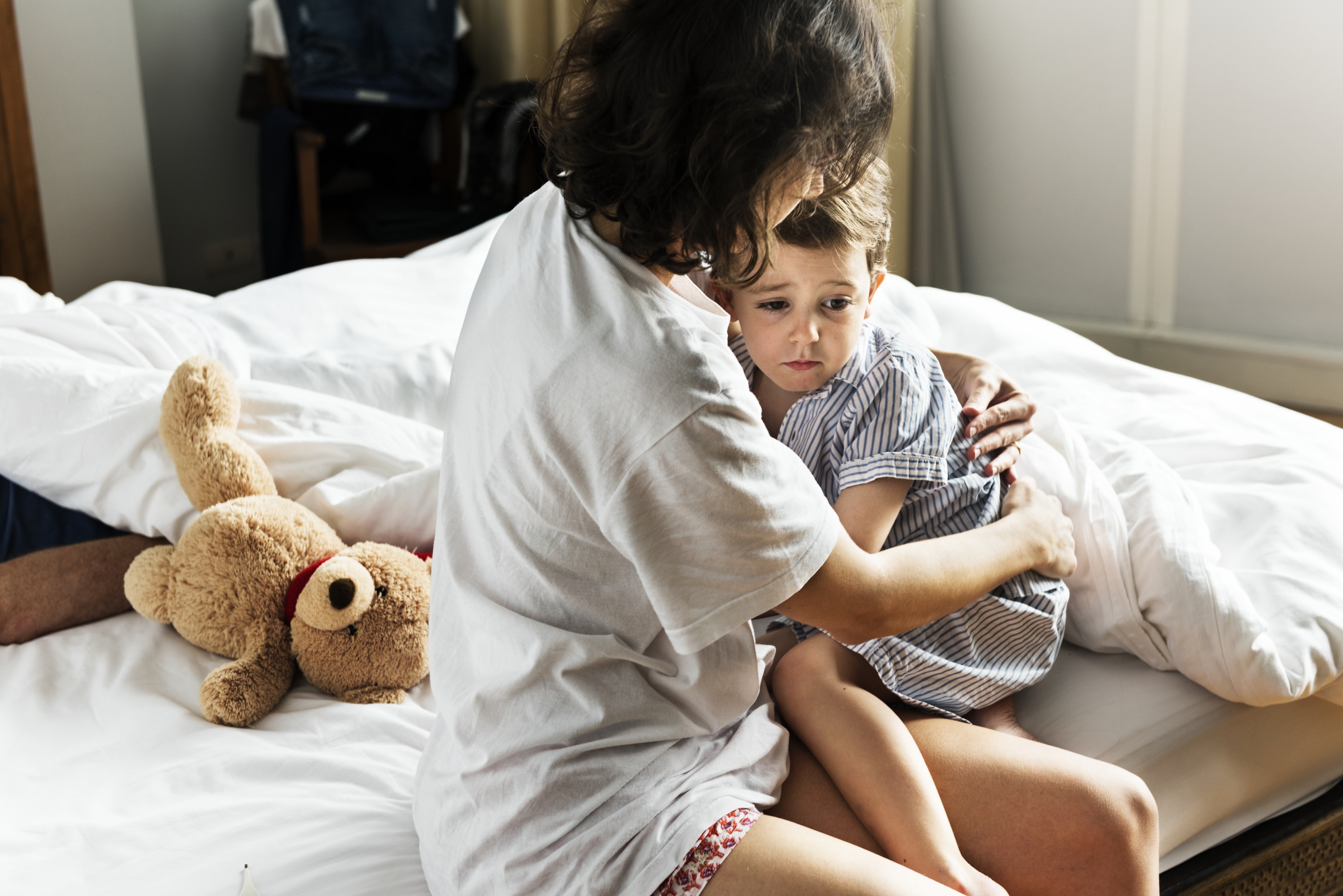 High Stress Causing You To Fight, Flight Or Freeze?
Learn Healthy Ways To Manage Your Stress With An Online Therapist Today

What Is Fight, Flight, or Freeze?

Back in the 1920s, a physiologist named Walter Cannon described what he called the acute stress response. It's also been called the fight or flight response. In the years since, physiologists and psychologists have continued to build on and refine Cannon's work. They've come to a greater understanding of how people react to threats using what they now call fight, flight, freeze, and fawn.

When you feel threatened, your body immediately responds to the danger. Whether you spring into fight, flight, freeze, or even fawn, your underlying goal is to minimize, end, or avoid the danger and return to a feeling of calm and control. While you have a natural inclination toward these responses, through the strategies shared below and/or therapy, you can learn to control your response. 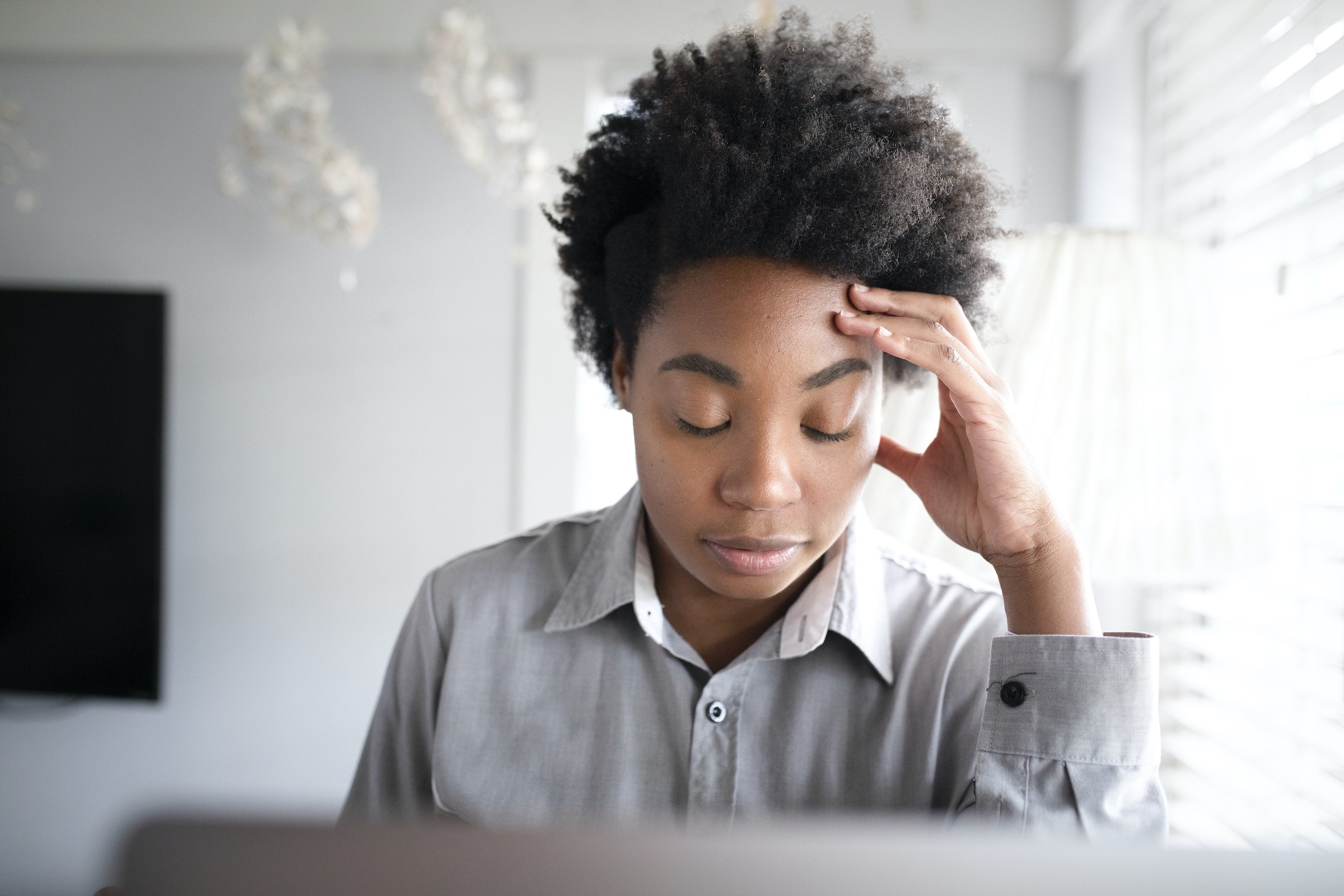 Before the fight-flight-freeze response kicks in, something happens to make you feel you're in danger. This threat may be real or imagined. Someone or something may be threatening to cause you physical or psychological harm. As soon as you recognize a threat, your nervous system shifts into the acute stress response.

The physiological response to anything that seems to threaten our survival is complex, but it all happens quickly. The hypothalamus sets in motion a series of rapid changes in the nervous system and endocrine system that propel you into fight or flight:

Along with the physiological response, you may experience psychological effects as well. Acute stress in the form of nervousness can increase the intensity of your anger or the speed of your flight. Or, your mind may become blank, making it difficult to decide what to do next.

Several psychological responses can happen. You feel anxiety. Your focus shifts to broader concerns, diminishing your attention to smaller tasks. Both the physiological and psychological stress shift your body and mind into survival mode. These responses have served an essential purpose for all creatures throughout history. They give us a chance to overcome danger or escape it so we can stay alive.

These responses can also be triggered at times when they aren't needed. When that happens, these drastic changes can damage our physical and mental health.

How to Recognize Fight, Flight, Freeze, and Fawn

The fight-flight-freeze response choice has a lot to do with your beliefs. If you believe you can conquer the danger, your body will jump into fight mode. But if you believe there's no hope of defeating the attacker, you'll naturally respond by running away.

When you respond by freezing, it usually indicates you feel you can't win either by fighting or running. The fawn response can happen when you can't fight or run. Instead, you choose to go along, trying to win over a person who is abusing you.

It's one thing to understand the responses you might have when you feel threatened. What can help the most is being able to recognize each type of response. Only then can you find a way to make better choices.

The fight response happens when you feel you're in danger, but you believe you can overpower the threat. Your brain sends messages to your body to quickly prepare you for the physical demands of fighting. Some signs you're in fight mode include:

You'll also know if you're in fight mode because you'll attack the source of the danger. The fight response can be extremely beneficial under certain circumstances. 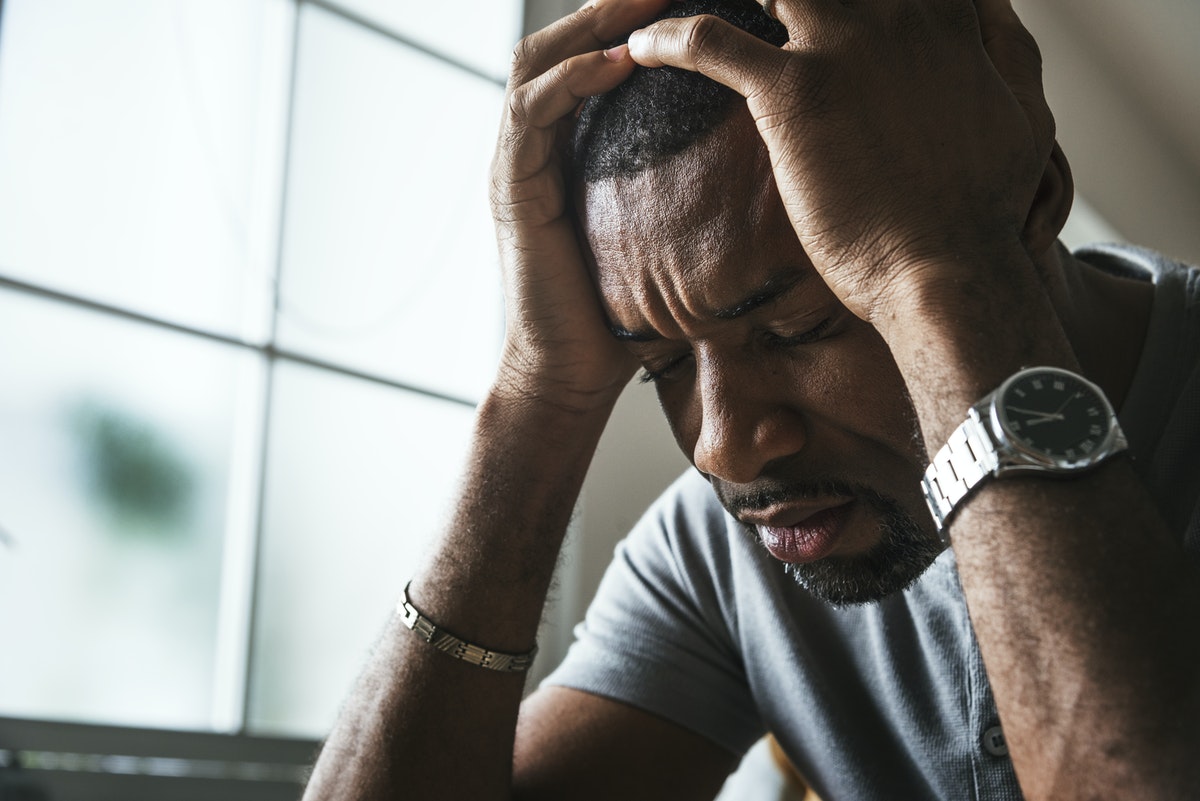 High Stress Causing You To Fight, Flight Or Freeze?
Learn Healthy Ways To Manage Your Stress With An Online Therapist Today

When you believe you can overcome the danger by running away, your brain prepares your body for flight. Sometimes, running away is your best option. After all, unless you're a firefighter, you probably want to run out of a burning building. Here are some of the emotional and physical flight responses:

When you feel neither running nor fighting is the best choice, you can freeze instead. The following freeze responses can keep you stuck:

When you've tried fight, flight, or freeze several times without success, you may find yourself using the fawn response. People who tend to fawn typically come from abusive families or situations.

For example, if you're the abused child of a narcissistic parent, your only hope of survival might be compliance and helpfulness. You can recognize this if you notice that no matter how poorly someone treats you, you are more concerned about making them happy than about doing what's right for you.

Each type of response is appropriate in certain situations. The healthiest scenario is that you display flexibility in your responses. If you can overcome the danger, you stay and fight it. If you can't, and there's a way out, you run.
The problem for many people is that they respond one way when a different response would serve them better. These inappropriate responses can lead to mental and emotional disorders.

1. Making an Inappropriate Choice. Everyone makes the wrong choice of how to respond at one time or another. Sometimes, it isn't very important, but often it has adverse effects. For example, if you fight an unwinnable battle when running would have been more appropriate, you may increase your danger rather than minimize it.

2. Getting Stuck in One or Two Responses. If you get stuck in one or two types of response, you don't have the flexibility you need to adapt to different situations. This often happens in posttraumatic stress disorder. If you face danger daily, you may come to rely on habitual responses instead of the responses most appropriate for each threatening situation.

3. Perceiving Threat Where There Is None. There may be a time when you feel threatened where no threat exists. Perhaps you don't have a complete understanding of the situation. You might have a stress reaction to one meaningless detail. If you think there's a threat, your brain and body will respond to the threat with fight, flight, freeze, or fawn, whether the threat is real or not. When that happens, it's nearly always an inappropriate response.

Many people tend to prefer one or two main types of stress responses. These responses become habitual patterns repeated over and over. The more trauma you've faced in your life, the more likely you are to rely on a habitual response. The good news is that you can understand your patterns and develop strategies to make better choices in the present moment.

As discussed above, the main four response patterns are fight, flight, freeze, or fawn. Other patterns are combinations of these basic patterns. Common hybrid patterns include:

Some disorders tend to be associated with certain stress response patterns. Here are a few of the ones that have been identified:

What to Do about the Feelings of Flight Fright Freeze Fawn

Stress is something that happens automatically when you feel threatened. What you can do, though, is find healthier ways to deal with those responses when they happen. A licensed therapist can help you learn to recognize when your brain is engaging in flight-fright-freeze-fawn responses, before choosing the option that's safest for you in that situation. There are also times when there is no legitimate threat, but our brains want to engage in a stress response due to past trauma. Research shows that online therapy can play a significant role in helping people avoid flight, fight, or freeze responses that are inappropriate due to past trauma.

Recognize the Difference between Real and Imagined Threats

Start by learning to recognize whether threats are real or imagined. When you perceive the same threat over and over, it helps to talk to a counselor. They can help you examine the threat more closely and understand it better. You may discover that what you perceive as a threat in the here and now is only a vague reminder of an earlier threat.

When you are confronted with something you feel threatened by, you have two main choices: either you can do something or calm yourself. To help the stress response pass, you can breathe deeply, practice mindfulness of the present moment, meditate, pray, sing, write, or talk. 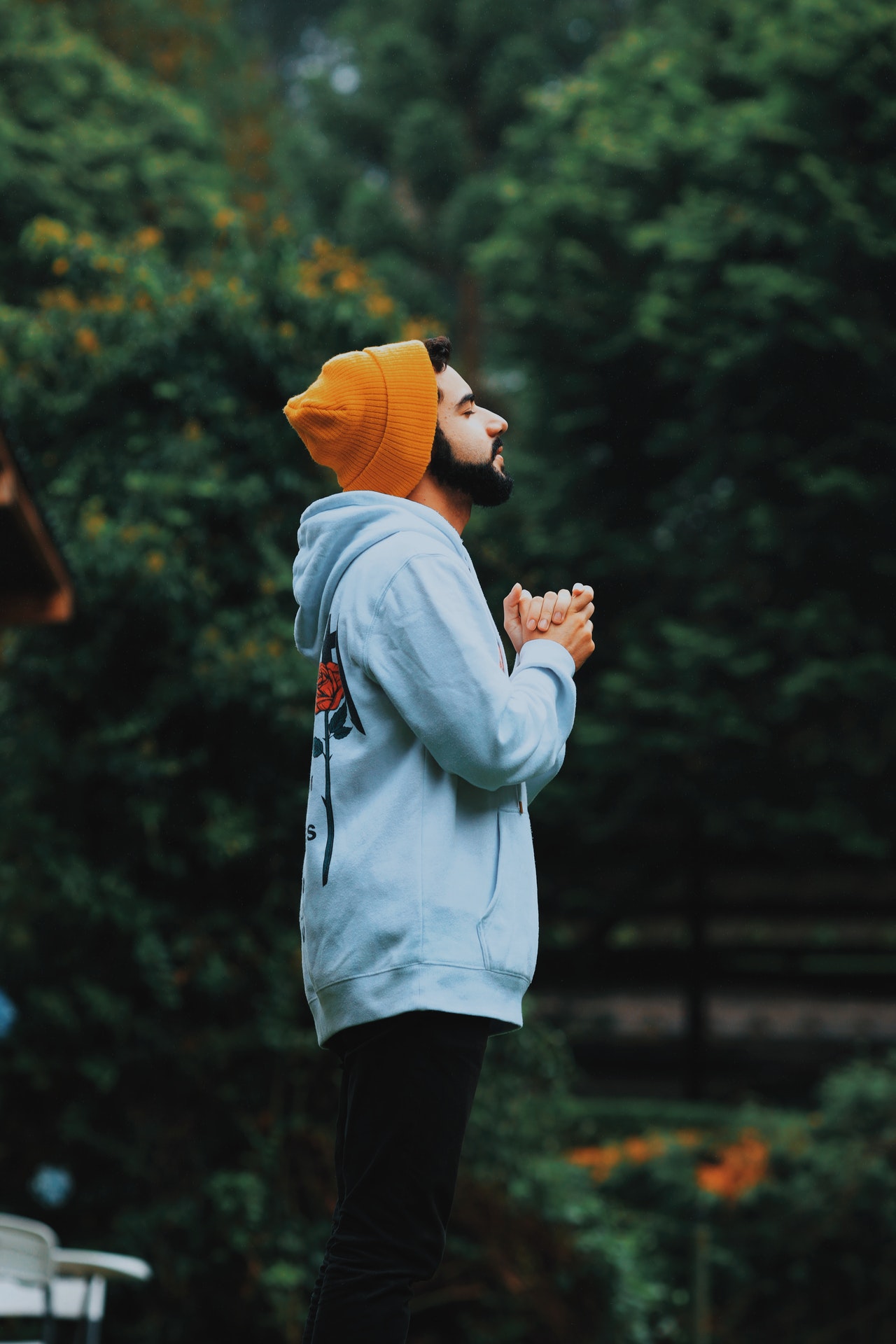 However, if the threat is real and you can do something about it, you need to act. Your body is geared up for action, whether that's running or fighting. What's more, by acting, you release the physiological burden of the stress response.

After the threat has passed, you can make better choices that will diminish your fear, increase your ability to respond to threats appropriately and flexibly, and learn to recognize when perceived threats have no basis in present fact. Because the fight, flight, or freeze response is a physiological response, it can be difficult to think about it rationally. You react the way you react; what else can you do?

A therapist can help you deal with past traumas that may be causing you to react in inappropriate ways. They can teach you techniques for calming yourself when you realize a threat isn't real. They can also help you overcome issues related to your fight-flight-freeze-fawn responses. You may read reviews of a few therapists below, from people experiencing similar issues.

"Jason Howard has been a kind, open-minded counselor I'd recommend to anyone in need. I have a better understanding for my reactions and feel more confident with my actions moving forward. I have him to thank."

"I've worked with Alyson for 1 month and it was my first time working with a therapist. From when I started, I feel so much better. I was dealing with frustrations in my relationship and I also was constantly stressed and anxious. Alyson showed me ways to communicate better in my relationship and how to work at them. She also helped me with stress management tactics and now I feel really good about how to handle my stress. I feel much less anxious now. Overall I am in a much happier place and obstacles feel like merely obstacles because there's stress-free ways to tackle life problems. Thank you so much, Alyson!"

Stress will always be around. With the right tools, however, you can deal with stress in ways that makes your life the most fulfilling possible. You can take charge of your life and make better decisions, even in the midst of fear. Take the first step today.

Previous Article
Better Health Is Possible When Healing Past Trauma With Professional Help
Next Article
Post Traumatic Growth: Is It Really Possible To Change For The Better After Trauma?
For Additional Help & Support With Your Concerns
Speak with a Licensed Therapist Today
The information on this page is not intended to be a substitution for diagnosis, treatment, or informed professional advice. You should not take any action or avoid taking any action without consulting with a qualified mental health professional. For more information, please read our terms of use.