Types Of Elder Abuse: What Should I Be Looking For?

For some people, it becomes difficult to take care of themselves as they age. Often, they can’t find or afford people to help them out when they need it. In other cases, they just don’t want to bother asking anyone for help. Elderly people are vulnerable to various different types of abuse, including emotional abuse and neglect.

If you’re an elder that’s being abused or you know of an elderly person that’s being abused in any way, there are steps that you can take to get it stopped right away, so that they can live out the rest of their days feeling loved and well cared for. 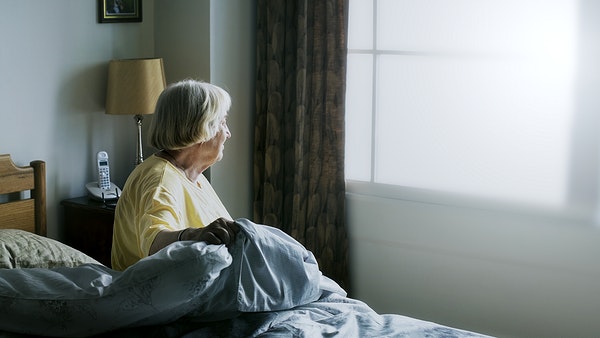 During the later years, many elderly people lose their ability to speak either because of dementia, a heart attack, stroke, or other impairment. While they may not be able to verbalize that they’re feeling neglected or abused, it doesn’t mean that they’re not affected by it.

Elder abuse can happen at the hands of a family member that is also a caretaker. It can also occur in nursing homes and assisted living facilities. Generally speaking, elder abuse usually occurs through contact with a trusted adult. Elderly people can even abuse themselves by neglecting their own care such as not taking their medications, not tending to their hygiene, diet, or exercise regimes, and not following up with their physician appointments.

Regardless of who is responsible for the abuse or why it’s happening, it’s important to learn more about the various types of elder abuse and how you can best address it.

The National Center on Elder Abuse (NCEA) reports that there are seven different kinds of elder abuse including:

Elder abuse occurs when someone harms an elderly person or wields power over them placing them at serious risk of harm. The abuse of elderly people can cause debilitating suffering, physical injuries, and sometimes death. The NCEA also states that neglect is the most common type of elder abuse. 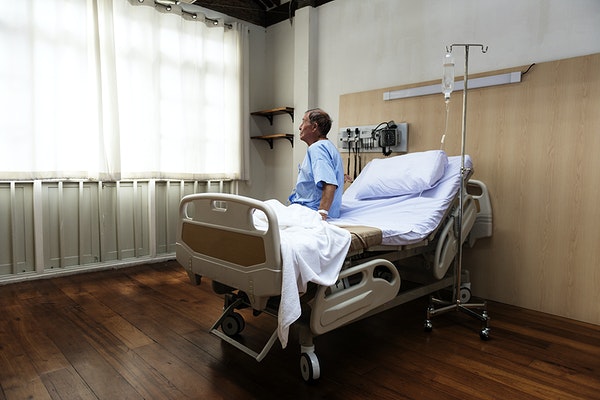 Physical abuse against elderly people occurs when someone uses intentional force against an elder that causes physical harm to them. The abuse may hurt them or even cause death because of an injury or because of complications of an injury. If you visit a loved one and find that there is evidence of broken bones, sprains, bruises, burns, or dislocated joints the elder may be a victim of elder abuse, especially if there are repeated incidences. It’s common for elderly people to lose their hair as they age but look for signs that someone has pulled their hair out. Tooth loss is also common among senior adults when it occurs naturally, but if there are signs of hits or slaps to the face, teeth may fall out due to abuse.

If you or someone else is being abused, in addition to physical signs, look for patterns of the same type of injuries or repeated hospitalizations for similar injuries. Pay attention to whether the explanation for an injury is explainable and whether the injury was attended to right away. If the senior has been taken to different emergency rooms after being injured, it could be a sign that they’re being physically abused and the perpetrator is trying not to get caught.

Victims of physical abuse may show signs of discomfort or fear around certain individuals which can be a sign of elder abuse. They will often withdraw from activities or not want to socialize if they’re being physically abused.

Various illnesses and disabilities may prevent elderly people from consenting to sexual acts. Any forced or unwanted sexual actions or interactions with an older adult constitute sexual abuse. People living with dementia, Alzheimer’s, or other disabilities may prevent a senior from being able to tell someone about sexual abuse, which makes them particularly vulnerable.

If you’re concerned about sexual abuse towards an elder, be aware of bleeding from the anus or genitals, bruising around the genitals or thighs, unexplained sexually transmitted diseases, pain in the genital area or buttocks, torn or bloody underwear, or pelvic injuries. An elder that has problems walking or sitting that can’t otherwise be explained could be due to elder abuse of a sexual nature. Evidence of a new sexually transmitted disease could be another concern over sexual abuse.

It’s also common for elders that are victims of sexual abuse to have mental health problems like panic attacks, social withdrawal, emotional withdrawal, or suicide attempts. Anyone that’s involved in caring for or visiting the elder could be a perpetrator of abuse, so don’t count out nursing home staff, nursing home residents, in-home caregivers, family members, or friends. 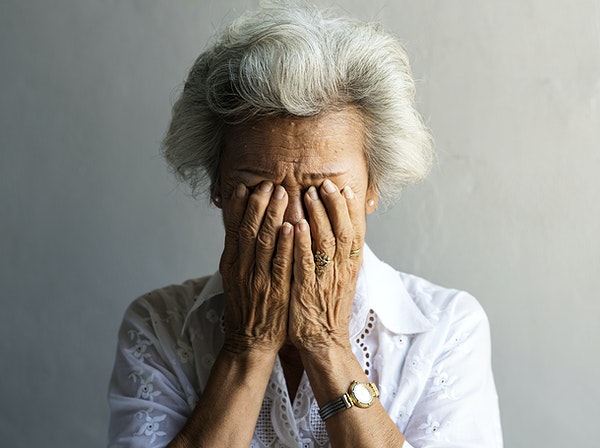 How will you know that this could be happening? Is the elder depressed, withdrawn, scared, or unusually moody? Have eating or sleeping patterns recently changed? Do they avoid eye contact and appear to have lost their self-esteem? These could be signs of emotional or psychological abuse.

When an elder caregiver doesn’t meet an elder’s needs and the elder gets injured or otherwise harmed as a result, this constitutes elder neglect. Elder neglect isn’t an oversight. It has to do with intentional carelessness or lack of regard for an elder’s wellbeing.

Elders should have adequate shelter and have their basic daily living activities tended to. They should have appropriate clothing and help with hygiene if needed. Elders should also have access to a good diet, water or other liquids, and medical care. They should also be safe and feel safe in their environment. Incidences of neglect may be high in some nursing homes or where caregivers are exhausted and overworked.

NCEA defines elder abandonment as when someone intentionally deserts an elder that can’t take care of himself or herself. Former caretakers may leave someone at a hospital, nursing home, or another care facility without making arrangements for visits and alternate care.

Victims of elder abandonment are likely to be confused, scared, lost, depressed, and empty inside. Their physical appearance may deteriorate to where they’re malnourished, dehydrated, or hygiene suffers. Pain and confusion over the loss can worsen physical pain and problems.

The National Council on Aging states that seniors are more inclined to report financial abuse than other types of elder abuse.

Elder financial abuse occurs when a trusted individual takes advantage of an elder by abusing their authority over finances or personal belongings. Financial abuse may be evidenced by someone stealing their belongings or property, someone who shows an unusual interest in how the elder’s money is being spent, withdrawing money without accountability or authority, or redirecting mail, bills, or notices to the perpetrator’s home. Seniors that can’t manage their own finances are particularly vulnerable to financial abuse.

One of the most difficult to detect forms of elder abuse is self-neglect. This type of abuse happens when an elderly person can’t take care of their basic daily needs. They don’t ask for help and no one takes steps to help them. It’s difficult for elders to admit that at some point, they begin to lose their independence. Self-neglect can be as dangerous as other types of elder abuse.

Self-neglect may take the form of dehydration, malnutrition, untreated medical conditions, or poor hygiene. They may live in unsafe or unsanitary physical living conditions. Some people lack appropriate clothing or outerwear. They may not be able to keep up with medical aids like eyeglasses, hearing aids, or dentures.  Homelessness and inadequate housing are also indications of self-neglect.

Getting Help If You Suspect Elder Abuse 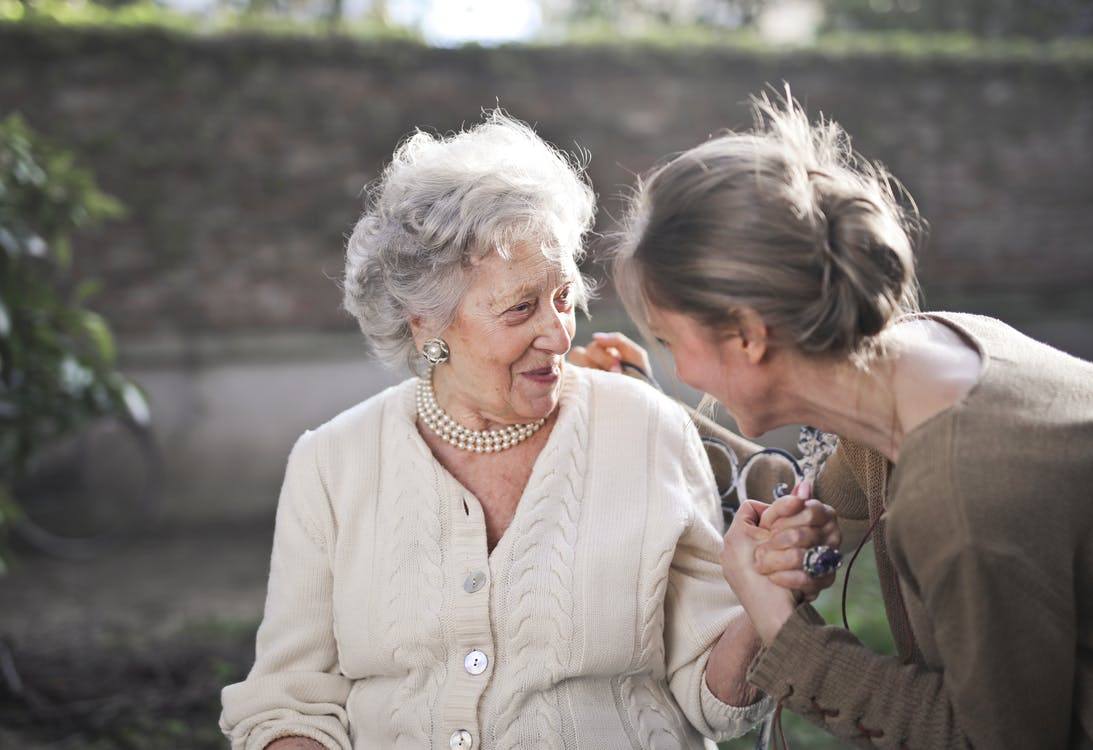 There are several steps that you can take if you suspect that someone is the victim of elder abuse. For many elders, it’s simply a matter of checking in on them on a regular basis. When you’re there on a regular basis, you’re more likely to notice changes or your loved one may be more inclined to tell you about it.

If your loved one does say something, it’s crucial to take their complaints seriously. Ask questions and be hypervigilant to any changes whether they’re positive or negative. If it’s an emergency, call 911 right away. If you have suspicions of neglect, self-neglect, or abandonment, call your local Adult Protective Services office and they may pursue an investigation.

Taking care of an aging friend or relative can be a stressful, difficult time where you have to make many difficult or heart-wrenching decisions. Personal caregiving is especially stressful and exhausting. During such difficult times, it can be helpful for the elder, the caregiver, or both to seek therapeutic counseling. When the circumstances are right and elders are safe, this final season of life can be rewarding and memorable for everyone.

Previous Article
Early Life Mistreatment: 12 Long & Short-Term Repercussions
Next Article
Why Do People Participate in Victim Blaming?
For More Help and Support With Abuse.
Speak with a Licensed Abuse Counselor Today!
The information on this page is not intended to be a substitution for diagnosis, treatment, or informed professional advice. You should not take any action or avoid taking any action without consulting with a qualified mental health professional. For more information, please read our terms of use. 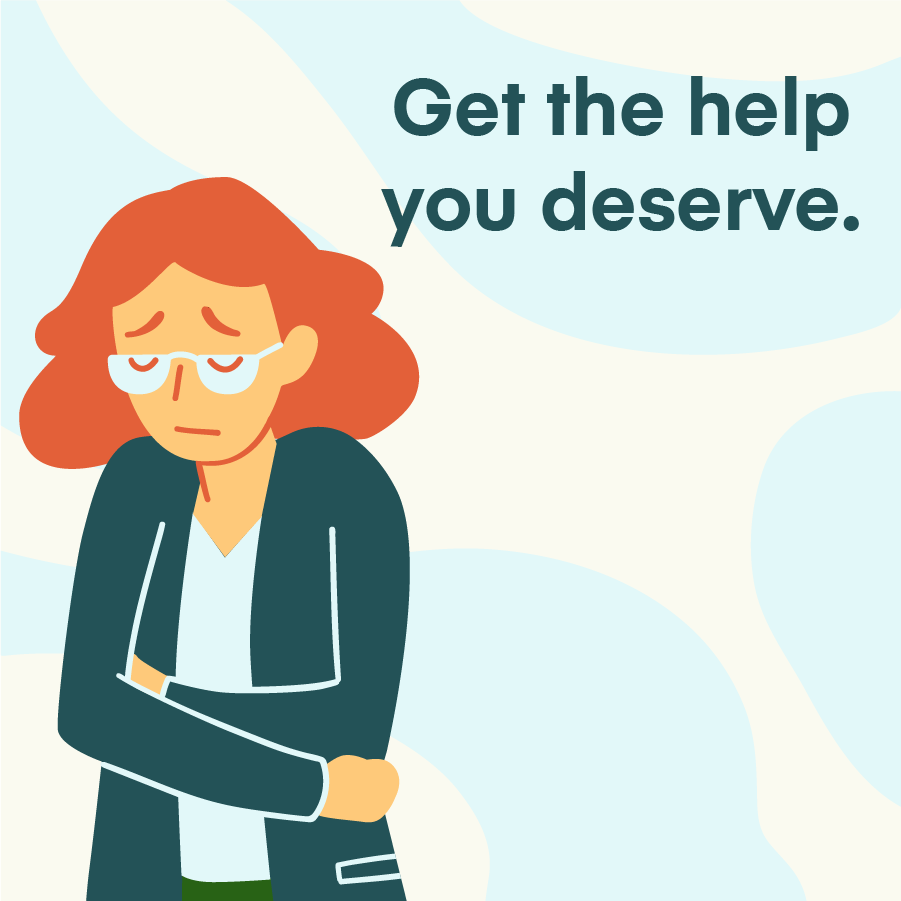