The effects of abuse, whether it is emotional, physical or sexual, can be both severe and long lasting. There can be both physical and emotional pain inflicted on the victim that can take years to heal. It can also effect the brain development in a young child and leave them with a lack of trust that can follow them through their future relationships.

Treating the effects of abuse often requires a multifaceted approach. Every case is different and requires individual considerations. Learning more about the signs and symptoms of abuse can be helpful for everyone including those in seemingly healthy relationships. The articles below offer a good starting point for doing this.

Here's how you can recognize verbal abuse.

How different types of abuse can impact you.

Wondering if you're dealing with emotional abuse? Read this.

Define Sobriety - How It Impacts Your Life

Substance Abuse Counseling: How To Know If It’s Time To Get Help

Different Types Of Abuse And Their Impact On You

What Is Physical Abuse And How Do You Identify A Victim?

What Is Mental Abuse And How Can You Protect Yourself?

Online Therapists And Psychologists: Are They For Real?

What Is Covert Narcissistic Abuse? Gaslighting, Manipulation, And Intimidation

Define Sobriety - How It Impacts Your Life

Substance Abuse Counseling: How To Know If It’s Time To Get Help

Substance abuse counseling is therapy for a wide variety of addictions. Typically, when therapists talk about substance abuse, they’re talking about drug and/or alcohol abuse...

Different Types Of Abuse And Their Impact On You

Abuse is an epidemic and is very common all over the world. Whether it is intimate partner violence, child abuse, or adult abuse, they are all too common. While abuse is known...

What Is Physical Abuse And How Do You Identify A Victim?

Physical abuse is defined as any deliberate act, behavior or physical force by an individual or individuals against someone which causes them bodily harm, injury, trauma or...

What Is Mental Abuse And How Can You Protect Yourself?

When most people think about the abuse they think about physical abuse because it’s something they can see. You think about bruises, ‘accidents’, and ...

WHAT IS SEXUAL ABUSE? When one person imposes or forces unwanted sexual behaviour on another person, it is defined as sexual abuse or molestation. Sometimes, threats, violence,...

Anxiety disorders affect 18% of the United States population (ADAA). Post-Traumatic Stress Disorder (PTSD), one of the most common anxiety disorders, impacts nearly 7% of all...

WHAT IS ALCOHOL ABUSE? In today’s world alcohol plays such an integral role in society, the line between what is considered a moderate amount of alcohol to drink and what is...

Are You In An Abusive Relationship?

You can easily tell if you’re in an abusive relationship, right? Maybe, maybe not. You have to have two bodies of knowledge before you can see whether your relationship is...

What Are The Different Types Of Drug Abuse & How To Get Help?

Defined simply, drug abuse is the general term used to describe the excessive and habitual use of some kind of substance, such as alcohol, marijuana or cocaine. These drugs...

What Is Domestic Abuse? How To Know You’re A Victim Of Abuse?

WHAT IS DOMESTIC ABUSE? It affects almost one-third of the women in the world. People see it. They hear about it. Unfortunately, only a few of them have developed the guts...
Next Page

Abuse is the intentional harm of a person. The individual can be of any age, including children, adults and even the elderly. Abuse is by definition harmful to the victims and leaves them with a feeling of helplessness. If know that you or a loved one is being abused, speak up. Do not stay silent and hope that it stops on its own. Abusers tend to escalate their behaviors and get worse with time.  There are often dire consequences when people stay in abusive relationships. There are several forms of abuse and it is important to recognize them so that you can get help if you need it. We can fight abuse by knowing the signs. Here are some different forms of abuse.

Physical abuse is when someone intentionally physically harms another person. It could include hitting, punching, or any physical violence. Even disciplining children can get out of hand and fall into the category of physical abuse. People who physically abuse others will often attempt to hide or disguise the marks that they leave on their victims. These marks are more than skin deep however. The lasting effects of physical abuse can lead to lifelong fear and anxiety in the victim. 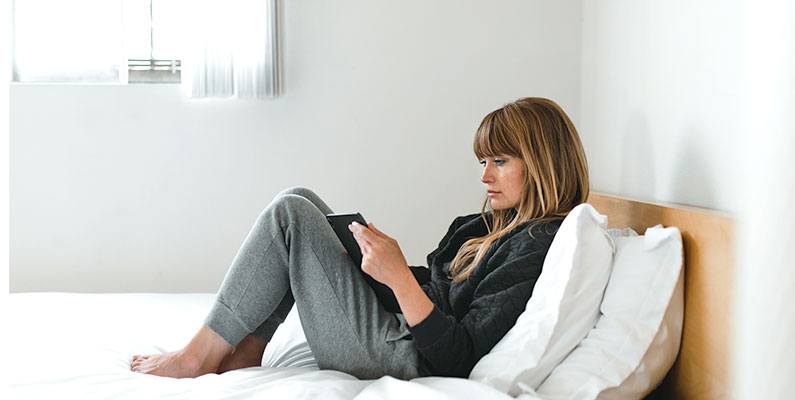 Sexual abuse is the sexual exploitation of another person. Consent is essential when it comes to sexual abuse. No means no! If there is no consent, then a sexual act is a violation of a person’s body. A young child or a person who has passed out from drugs or alcohol cannot give consent and falls into this category too. The sexual act could be intercourse, fondling, or any sexual advance or action. Sexual abuse is wrong, and it’s important to get the help you need to protect yourself. By speaking up, you can also help prevent the abuser from hurting another person.

Emotional abuse occurs when a person verbally attacks another person. It can be a child, adult, or even the elderly. They might belittle the person or call them names. Emotional abuse is often hidden from other people because of feelings of shame or doubt. Although you cannot see or touch the scars, but they are there. Emotional abuse severely affects a person’s self-esteem and ability to function. An emotionally abused person often does not know how to fight back because abusers tend to convince them that they are helpless. 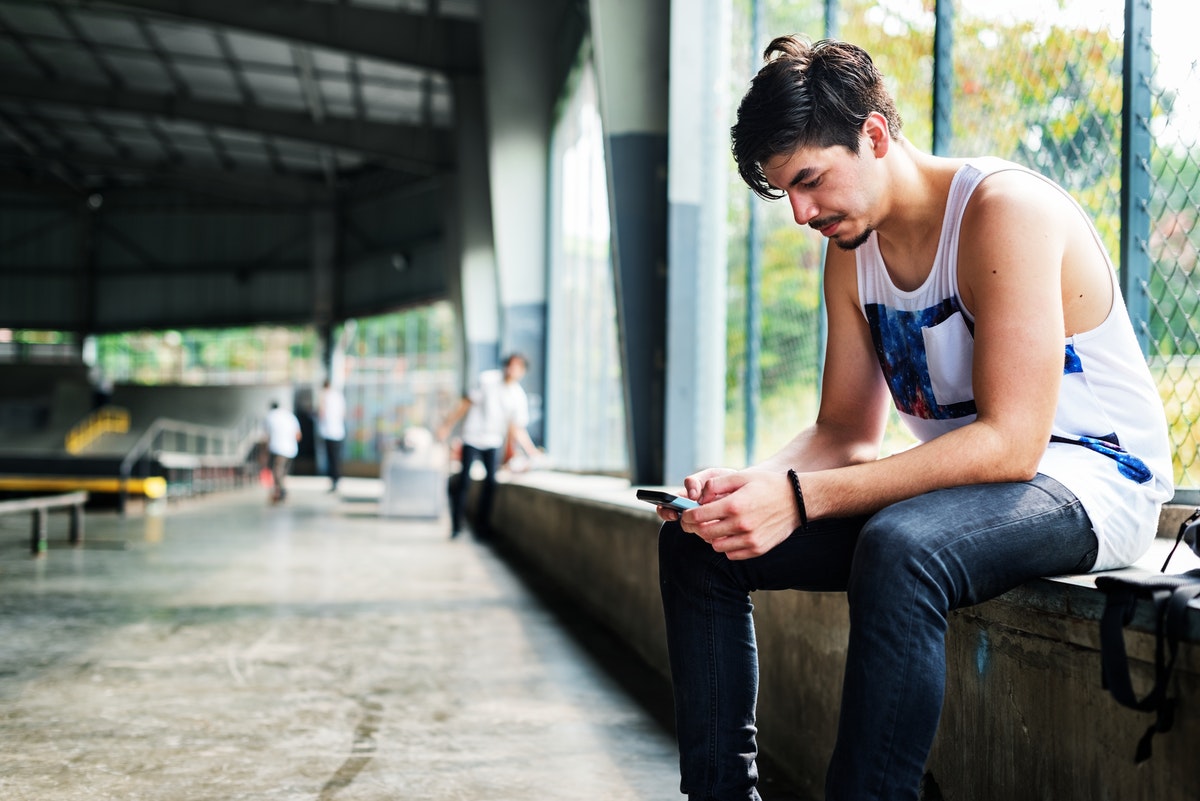 Medical abuse is when a person in a position of authority conveys false information about another individual’s health. A person who is medically abused is not receiving the adequate healthcare they deserve because they have been misled. Medical abuse is a form of neglect.

If you suspect a child is being abused, it is crucial to tell someone about it. You can call a school counselor, the police, or child protective services. Do not stay silent; you could save a child’s life.

Domestic violence or domestic abuse occurs within a home or family unit.  It is a severe form of harm to another person, and it happens to people of all ages. Sometimes partners abuse each other or parents abuse their children. Don’t be fooled about the word ‘violence.” The term encompasses all forms of abuse, whether it is violent or not. For example, mental and emotional abuse falls under the category of domestic violence because it’s hurting people. Domestic violence is a serious problem, and it includes all forms of abuse mentioned above. If you are in a toxic domestic environment, it is imperative to seek help. You can visit Safe Horizon or The Hotline for resources and support with domestic violence. 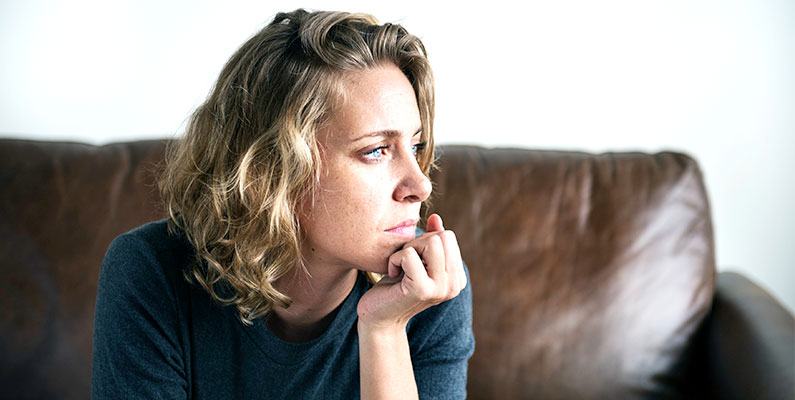 Online counseling is an excellent place to talk about your feelings. If you are in an abusive environment, your counselor can help you figure out how to get help. If you have experienced abuse or trauma in your past, a licensed online counselor at BetterHelp can support you in your healing journey. You don’t have to suffer alone. Search our network of experienced counselors and get help now.

For More Help and Support With Abuse.
Speak with a Licensed Abuse Counselor Today!

Get Help With Abuse From One Of Our Counselors
Get Abuse Help!
The information on this page is not intended to be a substitution for diagnosis, treatment, or informed professional advice. You should not take any action or avoid taking any action without consulting with a qualified mental health professional. For more information, please read our terms of use.