Advice Home
>ADHD
>Attention And Misconduct: A Look At ADHD And ODD

Attention And Misconduct: A Look At ADHD And ODD

As rates of ADHD increase, awareness of the disorder and how it affects individuals and families increases. This increase in awareness is beneficial for everyone; people with ADHD will gain greater respect and kindness when their habits, struggles, and quirks are understood as symptoms of a disorder, rather than behaviors borne of inconsiderate behaviors or beliefs. Individuals without the disorder can more fully understand people with ADHD, instead of taking any behaviors personally.

While Attention Deficit Hyperactivity Disorder is largely known-at least by name-ODD is a frequent co-morbid condition that does not garner as much attention or awareness, despite providing significant obstacles to the person affected, as well as their families. 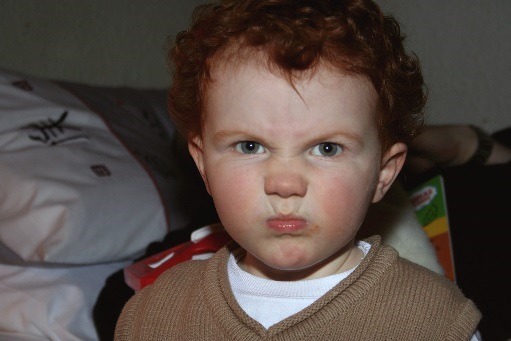 ODD is short for Oppositional Defiant Disorder. As its name suggests, ODD is a behavioral disorder characterized by consistent, unexplained behavioral outbursts. Although every child engages in defiant or oppositional behavior at some point, children with ODD engage in defiant and oppositional behaviors consistently, as a matter of course. While many chikdren might respond with anger, aggression, or disobedience as a show of frustration, displeasure, or in response to rejection, children with ODD may demonstrate anger, aggression, and disobedience without a trigger, and without any warning, whatsoever.

ODD is particularly alarming and problematic for families because children with ODD may pose a safety hazard for themselves, as well as those nearby. Children with ODD are very often physically, emotionally, and verbally violent, and may attack others without warning. Children might also throw items, elope (run away from parents or caregivers), and refuse to attend to necessary tasks, which can lead to danger, decreased self-esteem, and familial discord.

An ADHD diagnosis is typically completed in a clinical setting, by a psychologist or psychiatrist. Family doctors can also diagnose ADHD, and teachers can help children by observing ADHD-specific behaviors in educational settings. An ADHD diagnosis can be given in a single sitting and requires more parental reporting or self-reporting than actual observation of behaviors and symptoms.

Conversely, an ODD diagnosis is usually a more involved process and can take weeks (or longer). Because ODD diagnoses require observation in addition to self-report or parental report, the process can be longer and more complex. Teachers may need to make note of any behavioral difficulties experienced during school hours, parents may need to record or demonstrate difficulties, and clinicians need to observe behaviors associated with ODD. An ODD diagnosis may not as readily guarantee services in school or elsewhere, as the condition is still largely unknown.

Cause: ADHD Versus ODD

ADHD causes are primarily unknown. Although there are risk factors, such as family history, and existing developmental delays, none of these definitively acts as the root of ADHD. Co-morbid conditions provide possible insights into the mechanisms behind ADHD more than they provide answers as to why the condition exists in the first place. ADHD can also be traced to cognitive development and possible genetic triggers.

ODD causes are thought to be one of two possibilities: behaviors learned as a result of developmental impairments and parental influence, and emotional and attachment issues resulting in the improper development of emotional reactions and social behavior. Each of these explanations and root causes come with their own set of problems; if ODD is simply a series of learned behaviors, replacing those behaviors will take enormous effort and dedication on the part of many people. If ODD is a result of emotional and developmental immaturity, therapy is likely needed to learn healthy emotional ties and boundaries and to grow developmentally.

Existing Together: ADHD And ODD 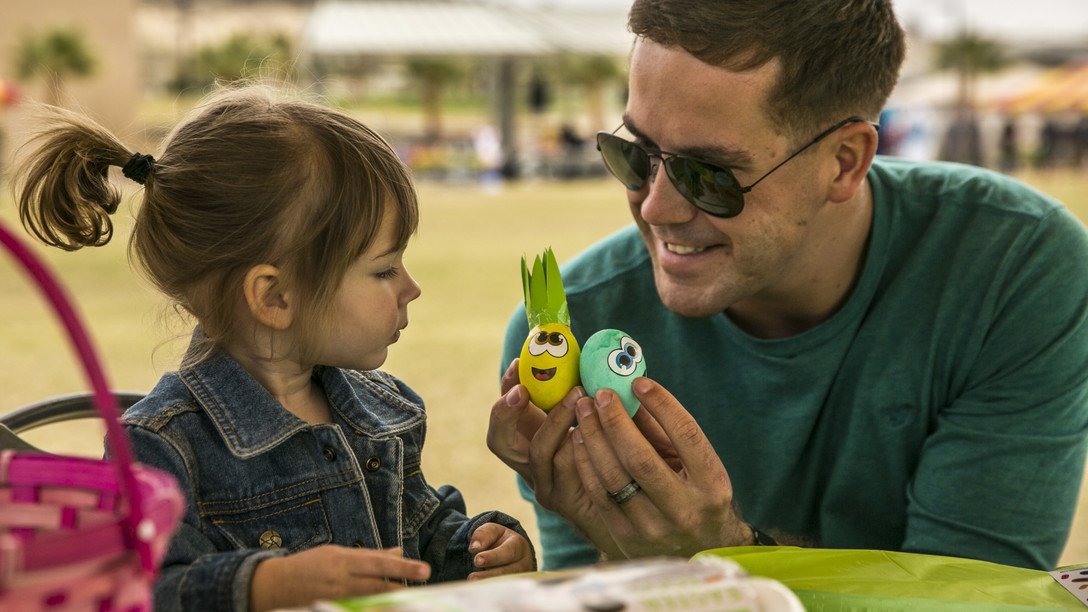 ADHD and ODD can be co-morbid conditions, and each interacts negatively with the other. In order to effectively treat ODD, children must be able to focus and attend to a task, and actively engage with a therapist or caregiver. In ADHD, focus and engagement are difficult, which can make treating either of the conditions uniquely problematic and extremely difficult. As many as 40% of children with ADHD will go on to develop ODD, rendering treatment absolutely necessary and challenging.

Interventions for both ADHD and ODD typically include some form of cognitive therapy. Cognitive therapy seeks to alter the ways in which the brain functions, including self-esteem, outward behavioral patterns, and methods of expression. Because some of the symptoms of ODD may be related to unhealthy expressions of emotion, learning to replace these forms of expression is pivotal in laying the groundwork for recovery from ODD. Unhealthy expressions of anger and frustration are often borne of ADHD, as the limitations children might experience in ADHD can cause extreme frustration, and even self-hatred, which are overwhekming emotions for a small child to process.

Medication may be necessary, for a time, when treating ODD and ADHD. The symptoms of each of these conditions can impede healing enough that pharmaceutical intervention is necessary while behavior patterns are broken down and rebuilt. These might include stimulants to encourage focus for ADHD, or sedative medications to ease some of the more aggressive or violent behaviors in children with ODD.

Although implementing therapy at home is useful in ADHD, it is far more imperative to the success of ODD treatment for parents to be on board, and actively implement therapeutic strategies. ODD, regardless of cause, requires parents to change parenting strategies to accommodate the unique behavioral needs of children with ODD. Because this disorder is often accompanied by the willful desire to annoy, frustrate, or cause a dramatic reaction in others, parents have to work particularly hard to tamp down extreme reactions and demonstrate patience and harmony both inside and outside the home.

Parents may be encouraged to enroll children in therapy to improve emotional expression, but may also be encouraged to enlist in therapeutic interventions, themselves. Children with ODD are far more likely to internalize and mimic parents' extreme reactions, and unhealthy expressions of anger, upset, or frustration. These parental behaviors will likely compound the symptoms of ODD in a child. 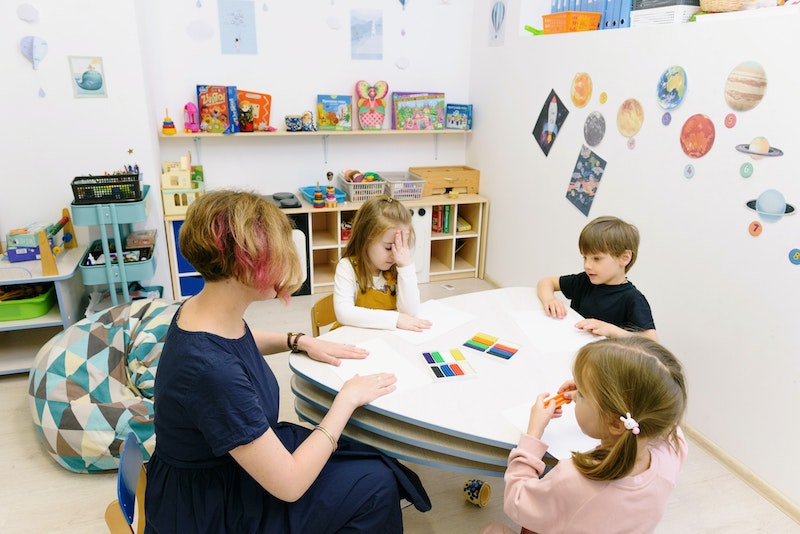 Schools and other educational institutions will be important for children with ODD and children with ADHD-and the combination of the two. In ODD, consistency within discipline and expectations is extremely important, so educators should be included in any disciplinary or therapeutic interventions being used at home or in therapy. As a diagnosed condition, ODD should warrant an IEP (Individual Education Program) or at least a 504 plan from educators. With one of these plans in place, getting teachers on board should not be a struggle, but an assumption.

Similarly, education systems should be on board with any interventions engaged by parents to help with the symptoms of ADHD. These interventions might be small, such as minimizing exposure to stimulants and sensory distractions or may be more significant, including a pharmaceutical regimen and a series of behavioral and cognitive therapies. 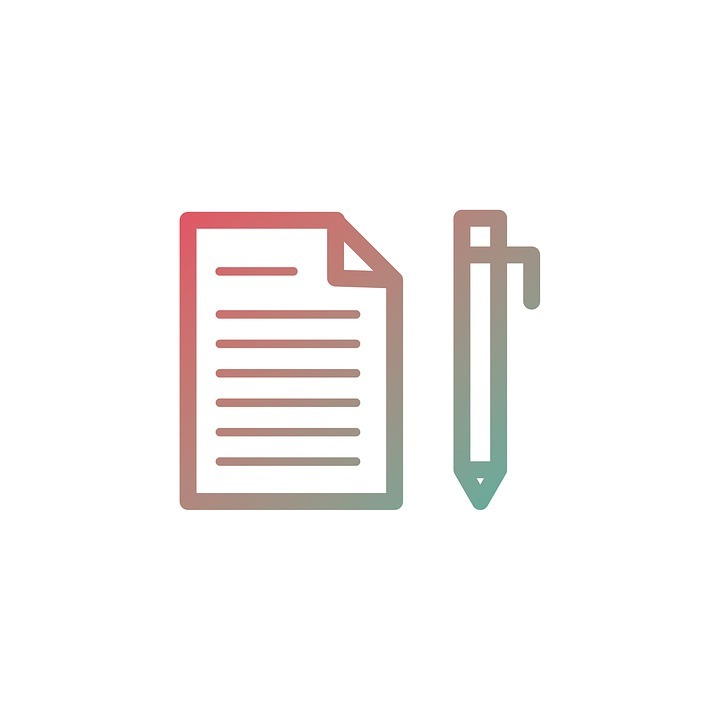 One of the best at-home strategies for both ADHD and ODD is routine. Routines are useful for parents, as they provide a framework in which to design a child's day, and are powerful interventions for children, as they allow children-young humans with very little control over their lives-to understand their days and know what to expect hour-to-hour or day-to-day. Routine can help children with ADHD get organized, and help them to know what to expect. Knowing what to expect-and what is expected-can help children with both conditions more effectively regulate their moods and emotional responses to their environment.

For children suffering from both of these disorders, regulating emotions and mood is important in condition management overall. If mood can be kept at a stable, balanced level, the likelihood of emotional outbursts is lowered, and comfort is kept for both the child and the people in the child's immediate environment. Keeping the comfort of others in play can help children regulate themselves, as there is no elevated mood or stress to trigger further stress or reaction from the child with ODD.

ADHD and ODD are two very different conditions, both in terms of symptoms and outcomes. Despite their differences, however, the two often intersect and may function in tandem; children with ADHD are far more likely to develop ODD, with almost half of all children with ADHD or ADD going on to develop symptoms of Oppositional Defiant Disorder.

ADHD is characterized by impulsivity and hyperactivity. ODD often displays these same symptoms but is more often accompanied by behaviors designed to antagonize others and disrupt harmony. The exact reasons for ADHD and ODD developing are not known, though they do seem to have similar risk factors, including a family history of mood and attention disorders.

Both disorders can be treated and can be effectively managed, and both are most often diagnosed in childhood when a child reaches school age. With therapy, parental intervention, and educational support, children with ADHD and ODD can go on to lead fulfilling, healthy adult lives.

Previous Article
What Are The Side Effects Of ADHD Medication?
Next Article
What Is Stimming? ADHD And Possible Behavioral Issues
For Additional Help & Support With Your Concerns
Speak with a Licensed Therapist Today
The information on this page is not intended to be a substitution for diagnosis, treatment, or informed professional advice. You should not take any action or avoid taking any action without consulting with a qualified mental health professional. For more information, please read our terms of use.