Signs Of ADHD In Children, Teens, And Adults 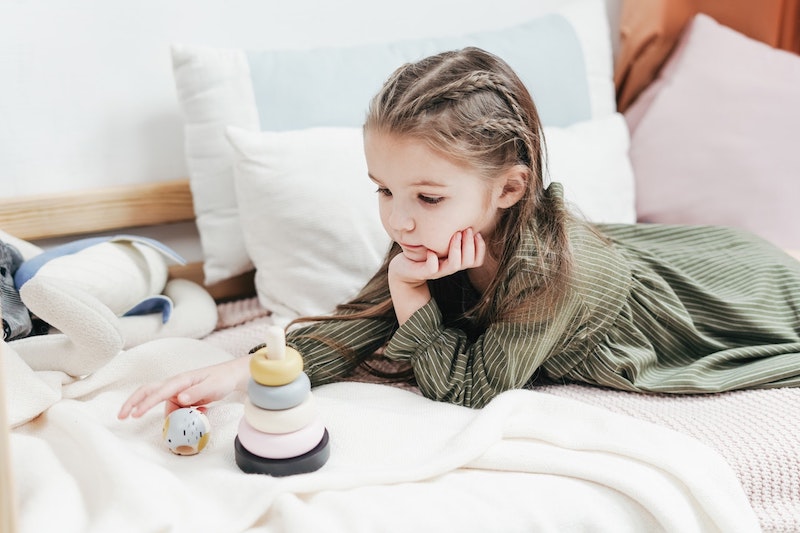 Is ADHD Hindering Your Ability To Make Decisions?
Speak With A Therapist To Find Out

ADHD, or attention-deficit hyperactivity disorder, affects 5.2% of adults, and up to 11% of children aged 4 to 17, although the prevalence of ADHD varies widely country by country. Like many mental disorders, ADHD is likely caused by a combination of genetics, biology, and environmental factors. As ADHD is such a prominent disorder, it is important to understand the signs of ADHD in children and toddlers, and the signs of ADHD in adults and teens. This article will give the common signs and symptoms of ADHD in both children and toddlers. Additionally, we will consider some information about ADHD in teens and adults to help you better understand signs of ADHD.

Attention-deficit hyperactivity disorder has become more prevalent in children in recent years, however it is unclear whether this is due to actual higher rates of ADHD or an increased rate of over-diagnosis. Many have criticized the pharmaceutical industry and psychiatrists for being too liberal with their diagnoses. For this reason, a child with symptoms of ADHD may or may not meet a full diagnosis. ADHD signs and symptoms have been found to be more prevalent in boys compared to girls, however over-diagnosis of symptoms in boys has also been claimed. In order to meet an official diagnosis, children must have most of the symptoms listed below for at least 6 months.

The symptoms of ADHD can be broken into three main categories: inattentiveness, hyperactivity, and impulsivity.

Inattentiveness: This group of symptoms involves being easily distracted, not completing tasks, and being unorganized. Usually teachers more easily observe these symptoms while children are at school.

Hyperactivity: The most noticeable symptom of ADHD is a child's inability to sit still. They seem to have energy constantly, and are often fidgeting in their seat if asked to focus on a quiet task.

Impulsivity: This symptom is marked by blurting out answers, impatience, and not being able to wait for ones turn. Although most children are impulsive at times, children with ADHD are more so, and have near constant impulsivity.

As children age into their teenage years and adulthood, the CDC has found that hyperactivity and impulsivity symptoms decline, however, symptoms of inattentiveness persist. So signs of ADHD in teens may look more similar to those in adults than those in children. In addition to these symptoms, the symptoms of ADHD can impact behaviors, mood, and thought processes:

Behavior: Of the three main categories of symptoms mentioned previously, hyperactivity and impulsivity fit into this category. Other behavioral symptoms include being easily agitated, aggressive, and/or repetitive word use.

Cognitive: These symptoms include inattentiveness, a lack of focus, and having a short attention span. Cognitive symptoms are not always obvious in children since they may not know how to describe these symptoms to an adult.

Mood: These symptoms are sometimes hard to identify in others since mood is an internal process that manifests itself in certain behaviors. Children with ADHD can have mood swings that can change rapidly from excitability to aggression. Other children may not have mood swings but may often be excitable, aggressive, anxious, and/or bored easily. Other mood disorders can accompany ADHD, or they may stand alone.

If you are still not sure if your child has ADHD, the CDC has provided a useful checklist to see if they might meet the criteria for diagnosis. Because ADHD can often look like numerous other disorders, the American Academy of Pediatrics (AAP) suggests observing your child in different settings (they may or may not behave a certain way specifically at home or at school), or asking teachers, nannies, friends' parents, or anyone else who spends time around your child what their behaviors typically look like. Additionally, speaking with a health care professional can help to answer any other questions you might have, and can help determine if your child might have ADHD.

Signs of ADHD in Toddlers 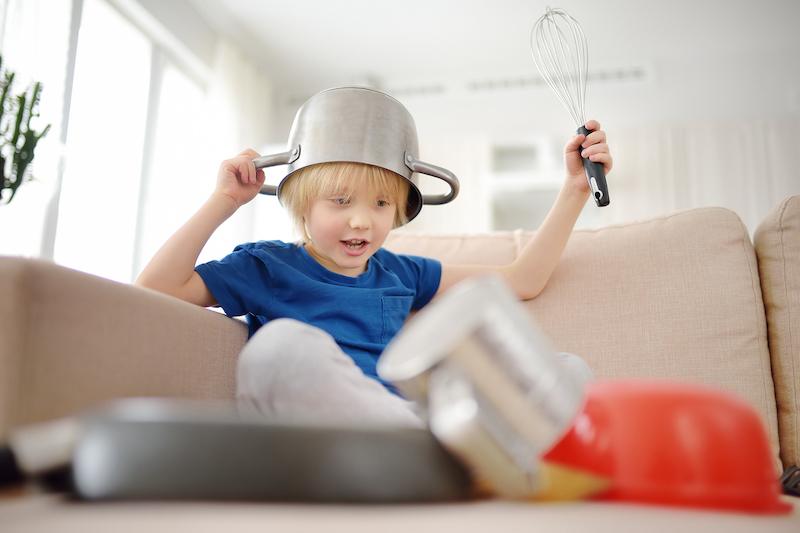 Although toddlers do not meet the minimum age requirement to be officially diagnosed with ADHD, symptoms may arise in toddlers under the age of 4. Common symptoms include being easily distracted while engaging face to face with your toddler, being impatient, being overly bold, or joining in play without being invited. These early signs of ADHD may or may not signal actual ADHD since these behaviors are already common among toddlers. It is usually just in extreme cases where ADHD will actually be diagnosed in toddlers. Many professionals recommend waiting to see if these types of behaviors persist into childhood.

ADHD in Adults and Teens

The National Resource Center on ADHD estimates that at least 10 million adults are living with ADHD in the US. Although the signs and symptoms are the same for children (as noted above), adults must have had signs of ADHD before age 12, and need to have more symptoms present than children to be diagnosed. Signs of adult ADHD are usually noticeable in performing tasks at work, during college classes for young adults, or while trying to complete projects. However, unlike children, adults with ADHD usually do not have the same energy and therefore are usually not bouncing off the walls. Therefore, the symptoms of ADHD become more internal for many adults in adulthood.

An adult with ADHD may or may not have been diagnosed as a child, but they usually report having struggled with completing tasks or staying focused during their life. For the majority of people with ADHD, the symptoms may change over time or be better controlled through behavioral therapy, but they do not go away over time. Adults with ADHD have reported the following:

For teens, the symptoms of hyperactivity and impulsivity decline over time from childhood, however symptoms of inattentiveness persist. As teens are faced with greater academic demands, and potentially begin working, signs of ADHD may differ from those seen in children. If a teen is finding that focusing on tasks is difficult and their mind is racing, they may want to speak with someone about the potential of having ADHD. As college is a time that is difficult for many individuals with ADHD, seeking treatment prior to attending college may be a useful tool for teens. 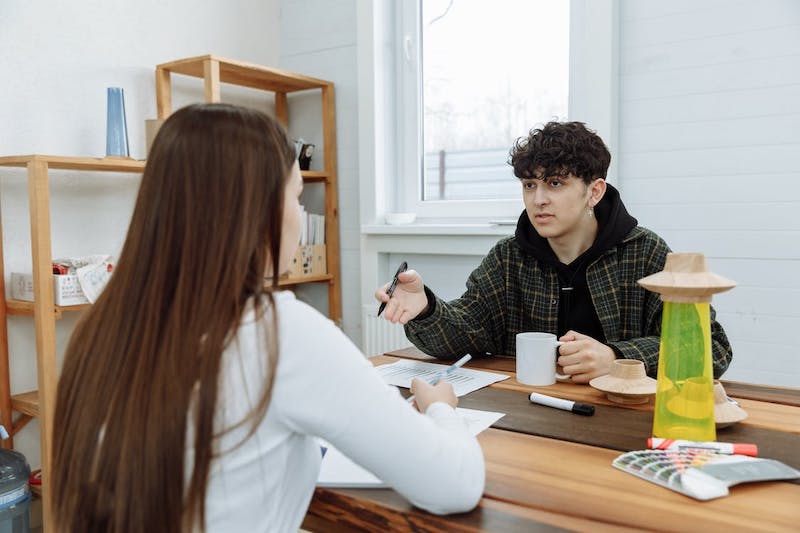 Is ADHD Hindering Your Ability To Make Decisions?
Speak With A Therapist To Find Out

Like children, treatment options for teens and adults include behavioral therapy and use of medication. During therapy, teens and adults may learn skills to help them break down large tasks into smaller more manageable ones. Also, therapy can be offered as group-based if you feel isolated and want to gain social support. The use of medication in adults is generally considered to be safer compared to children and teens since young brains are still developing. However as with all medication, there are usually side effects. A health professional can provide additional assistance in choosing appropriate treatment options.

Quotes by People with ADHD

The following quotes by people with ADHD may help you to better understand ADHD signs:

"I can't control my attention span all the time. I am fighting tooth and nail to focus, but sometimes I just lose the fight." -Tony Lampo

"Jack hammers. Lots of them in my brain. And a parade. With clowns and balloons and banners, and a marching band and strobe lights. When people talk to me it feels like someone is popping bubble wrap in my ears." -Sophie Moir

"You know when you go into a room and completely forget why you went there in the first place? Its like that, but all day with everything you do." - Brie Braun

We hope that this article has helped answer your question, "what are the signs of ADHD?" If you believe that you, someone you know, or your child may have ADHD, the next step should be speaking with a mental health professional. Oftentimes, ADHD looks very similar to other disorders, and symptoms may overlap. Speaking with a professional can help clear up questions and give you resources to help ease symptoms. As people are busy and don't often have time to seek out and speak with someone, the use of an online mental health website may be helpful for you.

These are some commonly asked questions about the topic:

What are 4 indicators that a child might have ADHD?
How do you tell if your child has ADHD or just being a kid?
What are 3 classic characteristic signs and symptoms of ADHD?
What can be mistaken for ADHD in kids?
What does mild ADHD look like?
What are the 9 symptoms of ADHD kids?
At what age does ADHD peak?
What can ADHD be mistaken for?
Is ADHD a form of autism?
What is Ring of Fire ADHD?