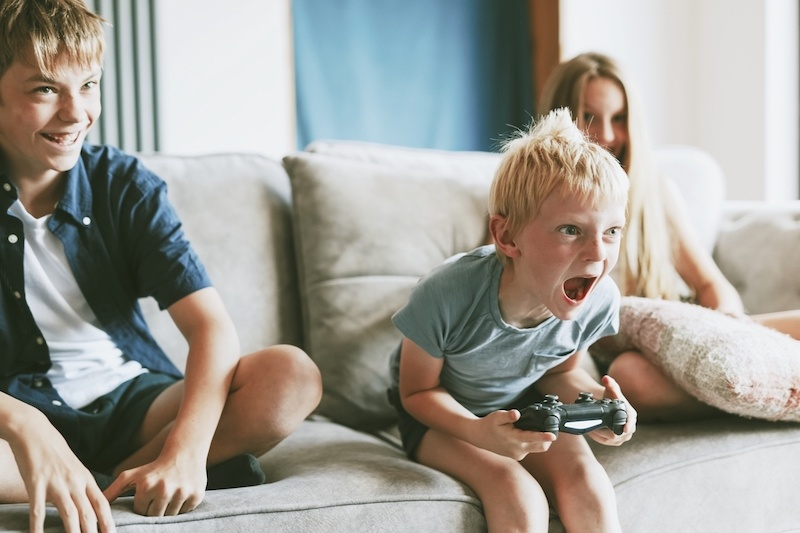 Attention Deficit Hyperactivity Disorder (ADHD) is one of the most misunderstood and misdiagnosed disorders of children and adolescents. Symptoms include poor impulse control, accelerated speech, restlessness, irritability, loudness, and excitability (Dryer, Kiernan, & Tyson, 2006). While considered by most to be a behavioral disorder, the condition is believed by psychiatrists and neurologists to be a combination of mental and neurobiological factors (Dryer, Kiernan, & Tyson). According to epidemiological studies, it affects 3-5% of school-aged children, with a larger percentage of these males (pg. 79). Notably, gender differences depend on subtype, with the combined subtype (both inattention and hyperactivity) being more common for males and the inattentive type being more common for females (Woo & Keatinge, 2008)

There are several lay theories in addition to those from researchers in neurology and biology. Most of these have been ruled out (Steinhausen, 2009) as being the cause, but most certainly factors worsening the condition. Steinhausen argues that sugar, food coloring, and caffeine have been dismissed as the cause, but they do affect children with ADHD, as they affect almost anyone. Causes that have been positively linked are pesticides and other chemicals that affect the central nervous system; however, these may cause central nervous system damage, causing the symptoms to mimic ADHD.

Most current research agrees that ADHD is the result of combined genetic or biological factors as well as environmental factors. When thinking regarding the environment, most do not consider environmental factors affecting an unborn child, specifically prenatal smoking; however, a twin study (Thapar, Cooper, Eyre, & Langley, 2013) found that prenatal smoking contributes to ADHD in children where there was also an increase in dopamine. Others(Dryer, Kiernan, & Tyson, 2006) agree that the disorder is neurological in origins, that it is hereditary, but that exposure to certain chemicals, drugs, alcohol, or tobacco in-utero could be a contributing factor. Surprisingly even lead, which has not been used in paint since 1979, could also be a contributor. Brain differences have also been linked to ADHD, which include lower-than-normal activity as well as a smaller-than-normal size of the frontal lobe.

Diet has been all but ruled out as the cause of ADHD; however, there is no clear research to refute these claims. Some studies have suggested that preservatives and chemicals in processed foods, as well as pesticides on produce, may play a role in ADHD. Moreover, there is the interaction between environment and genetics. However, the most recent research was inconclusive since the results were so diverse (Pelsser, Frankena, Toorman, & Pereira, 2017). While Pelsser, Frankena, Toorman, and Peeria stated that while the results were inconclusive, they recommend the elimination diet for children who did show signs of increased activity and attention issues. Other researchers (Mullins, Tang, & Dear, 2011) argue that Pessler et al.'s study results were not valid enough to suggest the elimination diet, and further argued that the results were skewed. 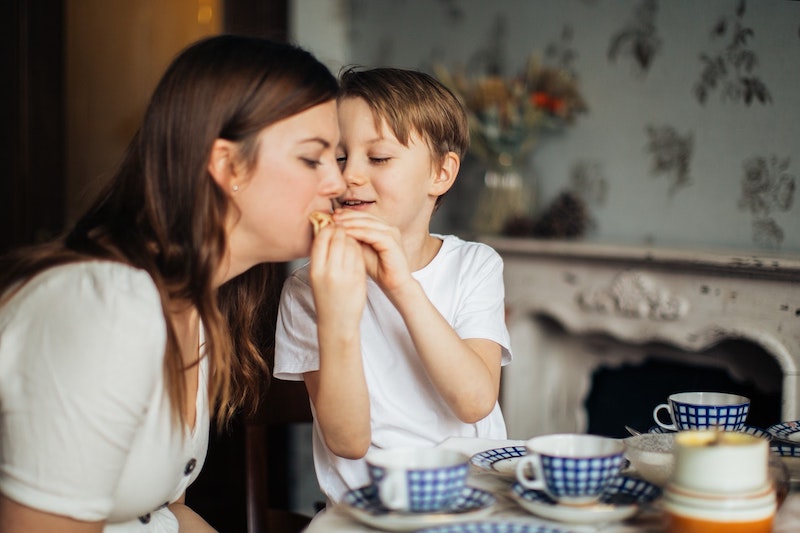 In spite of arguments posed by Mullins, Tang, and Dear (2011), others recommend the elimination diet as an exploratory measure for parents to obtain answers for their child (Heilskov Rytter et al., 2015). The way the elimination diet works by eliminating one food at a time from the diet. The parents would keep a food and behavior diary to document any or no changes in the child's behavior. It would be prudent, to begin with sugar, artificial sweeteners, and processed foods first. Then begin to include organic, or pesticide-free produce, and hormone-free meats, poultry, and fish - mercury free. In addition to removing certain foods, there are foods that can be added into the diet, such as certain fruits and vegetables, or other nutrient-dense foods.

Still others, such as parents and teachers suggest that television, video and computer games, and smartphones are causes. Some researchers (Dryer et al., 2006) refute this notion. Specifically, they acknowledge that participating in fast-paced games or watching television where there are commercial interruptions every few minutes can train a person to be unfocused. However, these things do not harm a child or adolescent neurologically.

Theories regarding this disorder are frequently generated as the prevalence of the condition, or at least the diagnosis of it grows with each passing year, while the inaccurate theories and beliefs also continue to rise (Furnham & Sarwar, 2011). As the number of inaccurate theories continue to rise. so are the numbers of children and adolescents who are prescribed medication to treat ADHD each year. Notably, many of these children are not tested neurologically, rather they answer questions on a test regarding their grades, relationships, and behavior to be prescribed medication (Pownall, 2006). 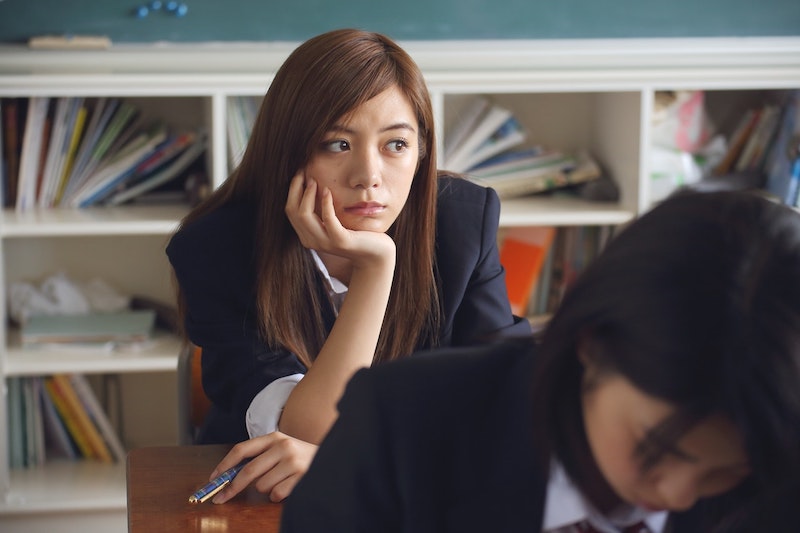 Many children who have prescribed medication for ADHD report feeling like zombies and many discontinue the medication because of the feeling of being drugged, and not like themselves (Pownall, 2006). On the other hand, many adolescents abuse these drugs. One of the most popular medications is Adderall, Adderall is oftentimes referred to as the "good grades drug" (Sells, 2014), and sold to other students, many of the honors and AP students, as well as college students.

The most disturbing part of the mystery behind ADHD and its causes is that although research scientists and medical doctors cannot empirically prove the etiology of ADHD. As such, pediatricians continue to write prescriptions for children who are hyper, and who seem to have trouble focusing (Pownall, 2006).

Practitioners who focus primarily on ADHD realize that we just do not know enough (Thapar, Cooper, Eyre, & Langley, 2013a). There are so many things that can affect or impair the central nervous system, but doctors still believe the disorder is organic, meaning inherited. Cooper, Eyre, and Langley (2013) have concluded that both biological as well as external factors are contributors. They suggest that if there is an attention deficit, with hyperactivity, and it impairs or interferes with the individual's ability to function, it is a disorder. Arguing about how it began is futile no matter the origins. Those who exhibit the symptoms are more concerned with stopping it, than struggling to figure out how it started.

There is still a great deal to be researched regarding what ADHD is and what it is not. There is also a controversy regarding over diagnosing and overprescribing for ADHD. Not all children who "test" for ADHD, have it. ADHD is not a learning disability, in the typical sense (Graham, n.d.); however, difficulty concentrating can impede learning. Many children with ADHD are quite intelligent, many of them are also gifted. In fact, recent research into the characteristics of gifted children shows that the similarities in behaviors and attention are quite astonishing(Rinn & Reynolds, 2012). 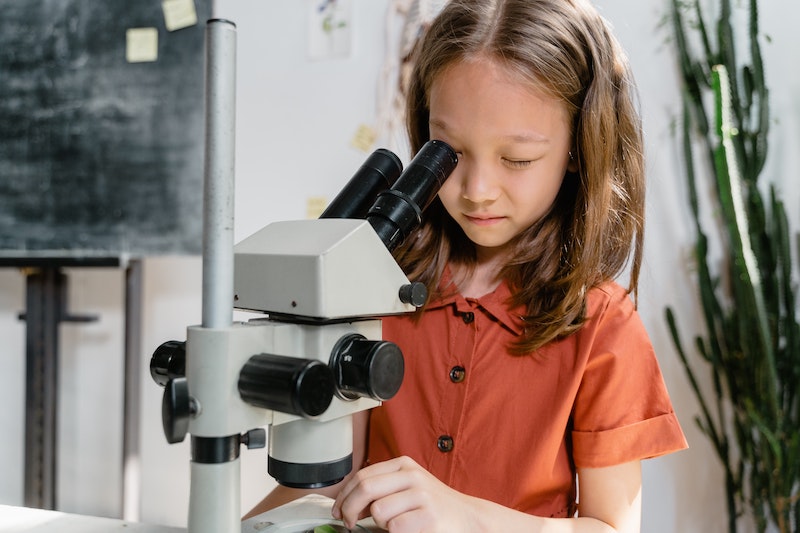 Children and teens with ADHD need to stay mentally and physically active. It can be equally frustrating for teachers who sometimes have as many as 30 children or more in a classroom to have a child who at times seems to be more than one child. Teachers who know their students well, and know the ones who are on medication for ADHD, also recognize when their students have not taken their medication. When teachers observe the signs, they should intervene before there is a problem. When teachers and students have a positive relationship based on respect and trust, the student appreciates the measures the teacher takes (Elik, Corkum, Blotnicky-Gallant, & McGonnell, 2015).

Children do not like the way ADHD make them feel, think, or behave. Children and teens with ADHD do not like being treated as though they have a problem, that they have an illness. ADHD is not an illness. It is considered a disorder, because it creates chaos in the lives of those who have it, and those around them, sometimes to the level of dysfunction (Foley, 2011). Especially when children are young, it takes everyone in the family to help with keeping the child with ADHD mentally and physically busy. This can be exhausting for family members; however, a young child with ADHD left to his or her own devices is likely to get into trouble or even danger. The thought processes of a child or teen with ADHD are different from those without it. The thoughts may race from one topic to the other. The child's speech may also be rushed, the child may be loud, and laugh at inappropriate times(Dryer, Kiernan, & Tyson, 2006).

ADHD is primarily genetic, or heritable, and there may be environmental factors that influence or exacerbate it. At this point, there are no preventive measures known. ADHD should not be debilitating; it is manageable through medication, behavior modification, cognitive therapy, or a combination of any or all. Where practitioners have missed the mark, is in their eagerness to diagnose and prescribe (Pownall, 2006). More research on medications, their side-effects, and how they interact differently in children of different ages is imperative.

Parents of children who exhibit symptoms that may be associated with ADHD are often frustrated by misdiagnosis from doctors, and misunderstanding from teachers, neighbors, and even other family members (Dryer et al., 2006). Some find that it takes several tries with different medications before the right one is found. Even so, there are some children and teens who refuse to take their medications because of the way they make them feel (Pownall, 2006). 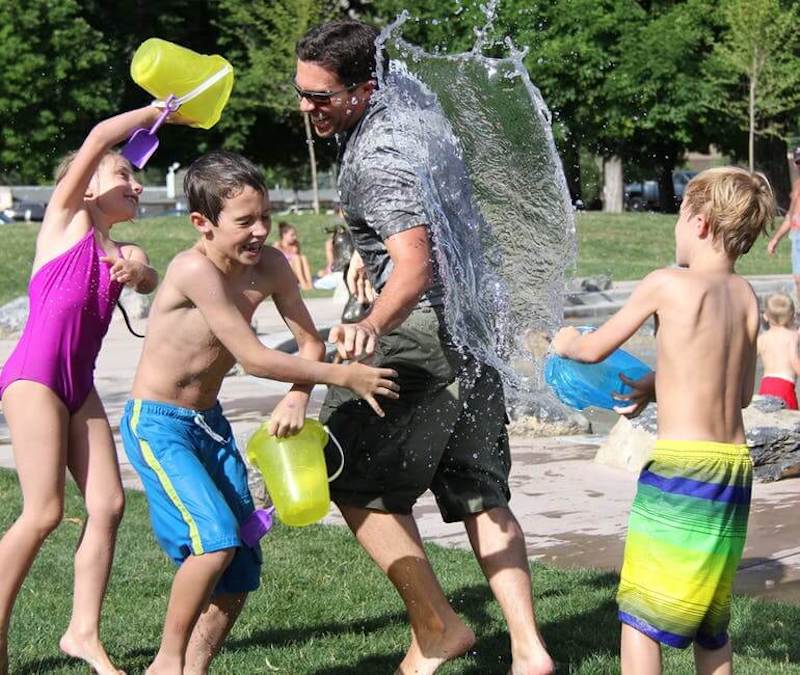 A combination of behavioral and cognitive therapy may prove beneficial to children and teens with ADHD; family therapy may help parents and siblings to cope with their own frustrations regarding the often disruptive behavior and heightened emotionality of the child with ADHD (Foley, 2011). It is important for children and teens with ADHD to know that they are not alone and that there is help for them. It is equally important for parents and siblings to have support and a safe space to discuss their feelings.