Bipolar disorder is a complex mental health condition characterized by severe shifts in mood accompanied by changes in energy and activity levels. The condition affects an individual's mood, thoughts, and behaviors. A person experiencing this life-altering disorder may quickly shift from feeling incredibly happy and hopeful to intensely sad and hopeless.

Want To Explore Professional Counseling Services?
BetterHelp Cares About Your Mental Health - Sign Up Today
This website is owned and operated by BetterHelp, who receives all fees associated with the platform.

Diagnosing bipolar disorder can be as complex as the disorder itself. Unlike conditions that require a simple blood test or short questionnaire, the process of diagnosing bipolar disorder often includes ruling out other conditions and undergoing extensive health evaluations, including blood tests and brain scans, as well as a comprehensive personal, family, and social history. It's important to be completely honest with your healthcare provider to ensure proper diagnosis and treatment.

According to the Depression and Bipolar Support Alliance (DBSA), many people with bipolar disorder deal with symptoms for up to 10 years before being properly diagnosed, and just one in four individuals receive an accurate diagnosis within the first three years of the onset of symptoms. For this reason, it's incredibly important to seek help. You can get in touch with one of our experienced online therapists here.

You may have heard of the DSM-a manual utilized by psychologists, psychiatrists, and other health professionals to help diagnose and treat mental health conditions. Short for Diagnostic and Statistical Manual of Mental Disorders, the DSM is published by the American Psychiatric Association (APA) and contains standardized criteria to help clinicians diagnose and treat patients.

Breaking Down The Different Types Of Bipolar Disorder

Later in this article, I'll discuss diagnosis and treatment options for individuals who think they may be dealing with bipolar disorder. First, let's take a closer look at the different types of bipolar as specified in the DSM-5:

Bipolar I Disorder: This disorder involves episodes of severe mania. Manic episodes often include increased energy, racing thoughts, a decreased need for sleep, and a "high" or "wired" feeling. People experiencing mania may talk more quickly and be more easily distracted than usual, involve themselves in risky behaviors, and experience heightened senses.

The symptoms related to bipolar I disorder can lead to relationship problems, as well as difficulty at work or school, so it's incredibly important to seek treatment.

Bipolar II Disorder: This disorder involves depressive episodes and hypomania-a mild form of mania characterized by elation and hyperactivity. Hypomania doesn't typically interfere with everyday tasks. In fact, people experiencing this milder type of mania may perform better at work or school and excel at other goal-oriented activities.

Cyclothymic Disorder: Individuals with cyclothymic disorder experience shifts in mood that are less extreme than the highs and lows associated with the types mentioned above of bipolar disorder. While day-to-day life can be difficult for people suffering from the cyclothymic disorder, the condition typically doesn't impair daily functions, though it can be chronic and worsen over time.

Substance-Induced Bipolar Disorder: An individual may be diagnosed with this disorder if they experience mania, hypomania, and a major depressive episode caused by taking or withdrawing from a substance or medication. The onset of this disorder may be induced by alcohol, phencyclidine, hallucinogens, amphetamines, or other substances.

Bipolar Disorder Associated With Another Medical Condition: With this type of bipolar disorder, symptoms are caused by a separate, non-mental health-related medical condition.

Bipolar Disorder Not Elsewhere Classified: People experiencing this type of disorder experience common bipolar symptoms, but do not meet the criteria for one of the types mentioned above of bipolar disorder. Many clinicians consider this condition to be an early warning sign of more severe mental health conditions, such as bipolar I or bipolar II disorder.

To be diagnosed with bipolar I disorder, an individual must meet the full criteria of a manic episode, which includes three of the following symptoms:

A person may be diagnosed with bipolar II disorder if he or she has experienced an episode of hypomania, along with a depressive episode that is characterized by at least five of the following symptoms:

If you think you may have bipolar II disorder, be sure to tell your doctor about all of your symptoms, including hypomanic symptoms, such as elevated mood. Clinicians sometimes diagnose patients with major depression instead of bipolar II disorder if the patient does not disclose information regarding his or her hypomanic episodes.

While the diagnosis of bipolar I and bipolar II disorders is somewhat straightforward when it comes to telltale symptoms, the cyclothymic disorder is often more difficult to diagnose. Patients must experience the following symptoms for diagnosis:

Note: The two year time period noted above is for adult patients only. Diagnosis of cyclothymic disorder in children and adolescents requires one year of hypomanic and depressive periods.

An individual may be diagnosed with substance-induced bipolar disorder if he or she experiences an onset of symptoms while taking or withdrawing from a medication or other substance. Many different types of medications and substances have been linked to substance-induced bipolar disorder. As previously mentioned, it's important to share all of your symptoms with your healthcare provider to ensure proper diagnosis and treatment. 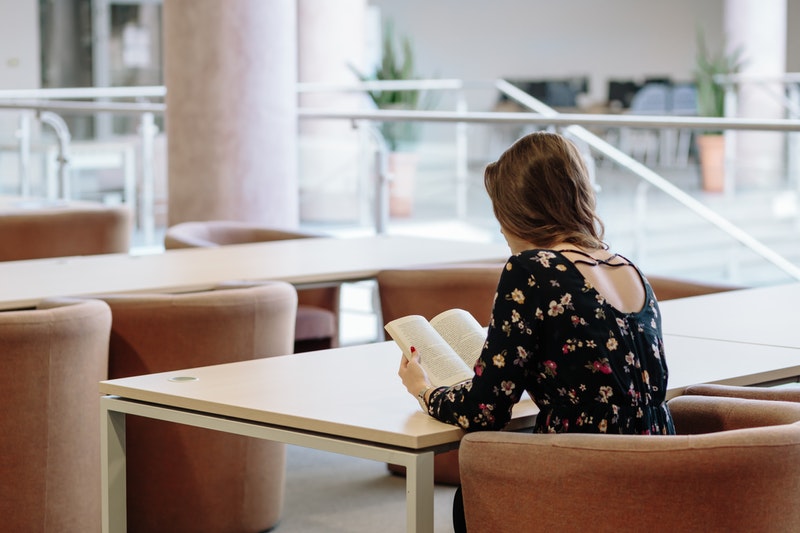 Some medical conditions cause changes in the brain that can lead to mental health conditions. Brain tumors, traumatic brain injuries, multiple sclerosis, migraines, and strokes are a few examples of physical conditions that can alter brain function.

If you have recently been diagnosed with a medical condition or you have a chronic condition, and you experience new mental health symptoms, contact your healthcare provider right away.

Healthcare providers will diagnose a patient with bipolar disorder not elsewhere classified if the patient is experiencing some of the common symptoms related to bipolar disorder, but these symptoms don't quite fit the criteria for any of the definitive types of bipolar disorder.

Bipolar disorder not elsewhere classified is often diagnosed in patients who experience short episodes of depression and hypomania that don't qualify as a cyclothymic disorder. Diagnosis criteria may also include:

There are multiple treatment options for people who are diagnosed with any of the bipolar disorder types outlined above. These options include:

Along with CBT, clinicians may utilize psychotherapy to help patients recognize and manage symptoms related to stress, and educate patients about helpful self-care practices.

Family-focused therapy may also be recommended to help educate family members about bipolar disorder and how they can help their loved one.

Research suggests that individuals receiving a combination of multiple types of psychotherapy and medication may have the best chance of relief from their bipolar disorder symptoms.

In the rare case that a patient does not respond well to psychotherapy and medication, clinicians may recommend electroconvulsive therapy (ECT). This type of therapy involves a series of brief electrical shocks to the brain that can effectively treat severe depression and mania.

Women with bipolar disorder who can become pregnant should speak with a healthcare provider about treatment options before, during, and after pregnancy. Some medications used to treat the disorder can affect a fetus or newborn. However, it's important that pregnant women do not stop taking medication abruptly, as the symptoms of bipolar disorder can also hurt both the mother and baby. 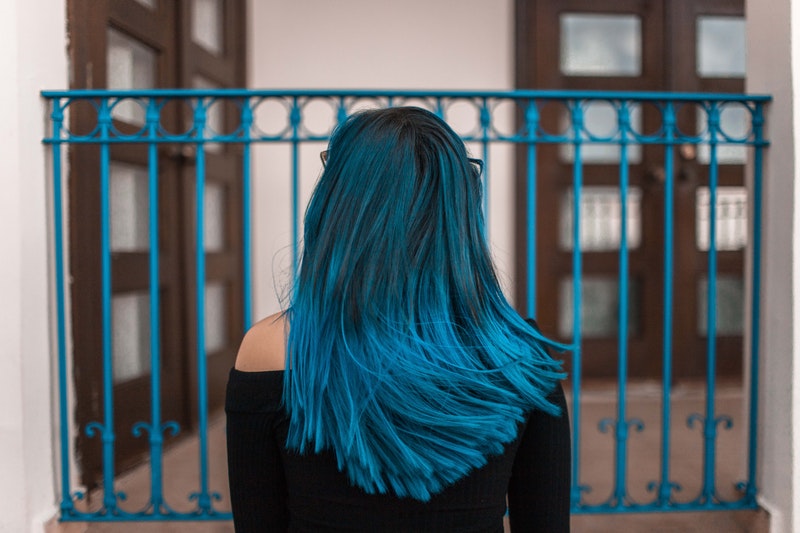 Clinicians must conduct a battery of comprehensive tests before diagnosing a child with bipolar disorder. Children often have co-occurring conditions, such as attention-deficit hyperactivity disorder (ADHD), learning disabilities, or posttraumatic stress disorder (PTSD). Any co-occurring conditions must be treated in conjunction with bipolar disorder treatment.

In most cases, clinicians recommend psychotherapy and psychosocial interventions before prescribing medication to children with bipolar disorder.

Any mental or physical health diagnosis can be scary. If you believe you may have bipolar disorder, you are not alone. According to the DBSA, bipolar disorder affects approximately 5.7 million American adults. That's over 2.5 percent of the U.S. population.

The DBSA reports that bipolar disorder is equally common among men and women, but women tend to experience rapid cycling more often than men. Women may also experience more depressive and mixed episodes.

If you are suffering from any of the symptoms mentioned above, contact your healthcare provider. There is help, and you don't have to face this illness alone!

What Is The Difference Between Bipolar 1 And 2?