What Everyone Should Know About Social Media And Body Image

In today's hyper connected world, it can be hard to escape messages about body image. Between Instagram, Snapchat, Facebook, and countless other social media networks, men and women are constantly exposed to images of their peers, celebrities, and social media users from around the world. Social media can influence what people buy, what they wear, what workouts they try, and most importantly, how they feel about themselves. 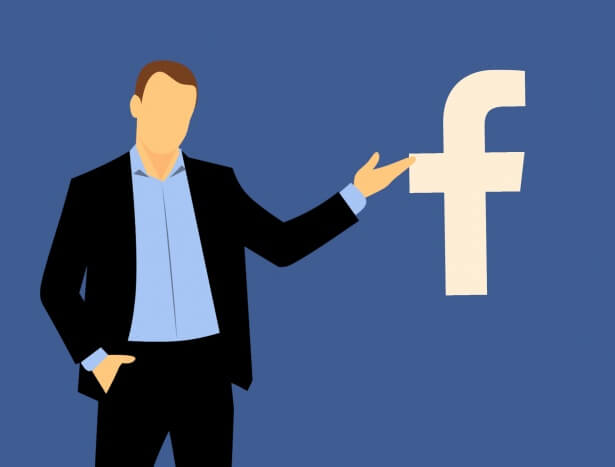 Unfortunately, the effect that social media has on body image is typically not positive. When everyone is posting only their most attractive and curated snapshots, it is easy to get caught up in social comparisons. Not only can social media lead someone to have a negative body image, but for some, it can even contribute to the development of body dysmorphic disorder and eating disorders.

It's hard to quantify how many people are struggling with an eating disorder for many are reluctant to seek help or talk to a doctor about their condition. Nevertheless, it is estimated that up to 30 million Americans will experience an eating disorder at some time in their lives, many are in their teenage years.

This number may rise as social media becomes more prevalent in the lives of people of all ages. Multiple studies over the years have found a correlation between social media use and negative body image, including one study from the University of Haifa conducted in 2011. Their research found that the more time teenage girls spent on Facebook, the more likely they were to develop negative body image. In 2014, a similar Florida State University study had the same findings regarding the relationship between Facebook use and body image. The results are even more troubling when you consider the rise in popularity of Snapchat and Instagram in the years since these studies were conducted. Now, there are numerous social media platforms for people to spend their time on, potentially leading to an even more severe negative impact on body image. 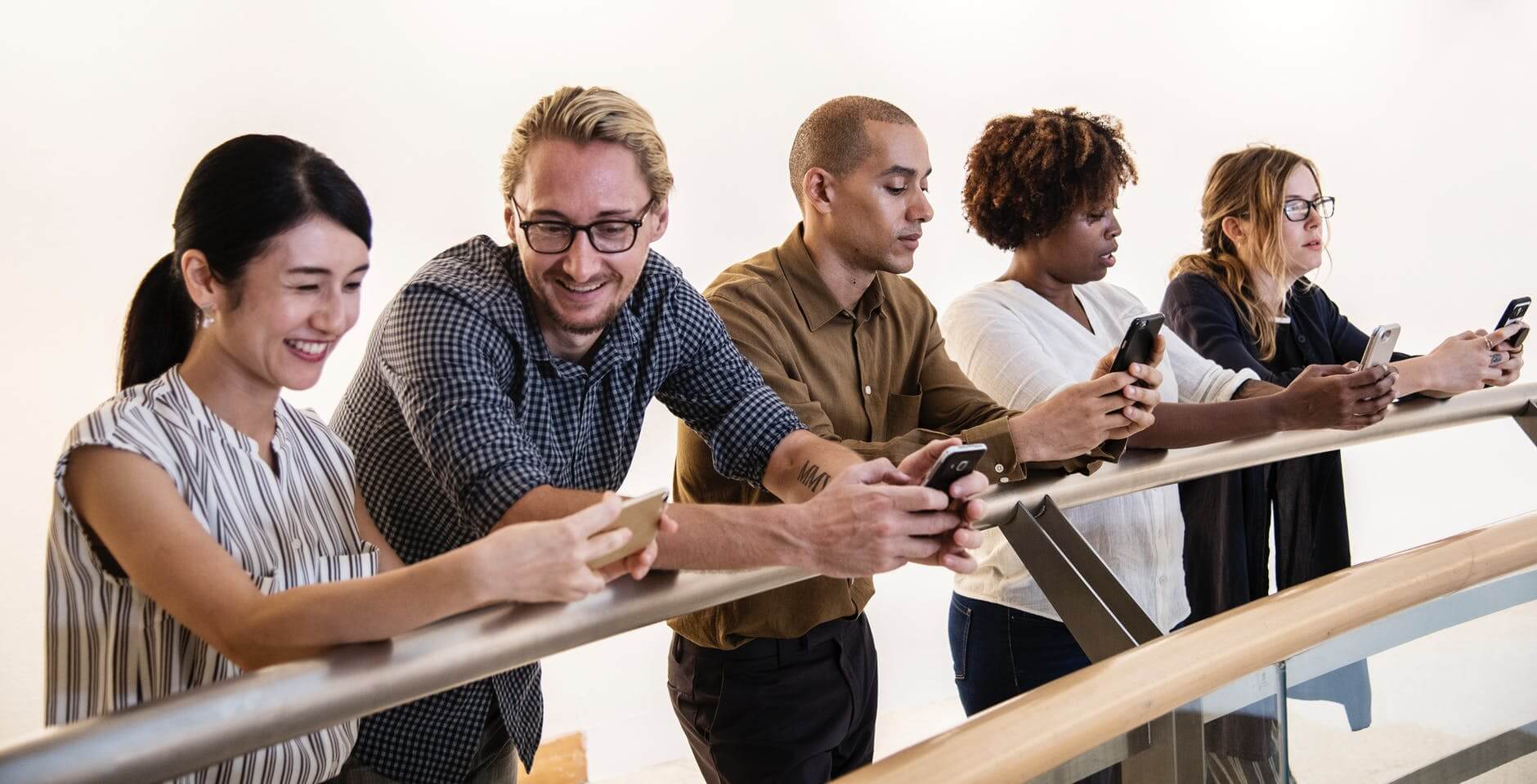 What Is Body Dysmorphic Disorder?

Many people have things about their appearance that they do not like, but for those with BDD, thoughts about one's flaws are invasive. They often occur daily and persist for hours, which may cause a serious disturbance in daily functioning.

It is unclear what causes body dysmorphic disorder, but it is believed that environmental factors like peer pressure, bullying, and online media consumption play a role in the development of the condition. Other biological factorscan contribute to the condition as well, and may includegenetic predisposition and malfunctioning serotonin production. Most people begin to experience BDD between the ages of 12-13, though the condition can affect people of all ages. In the United States, approximately 2.5% of males and 2.2% of females struggle with body dysmorphia. 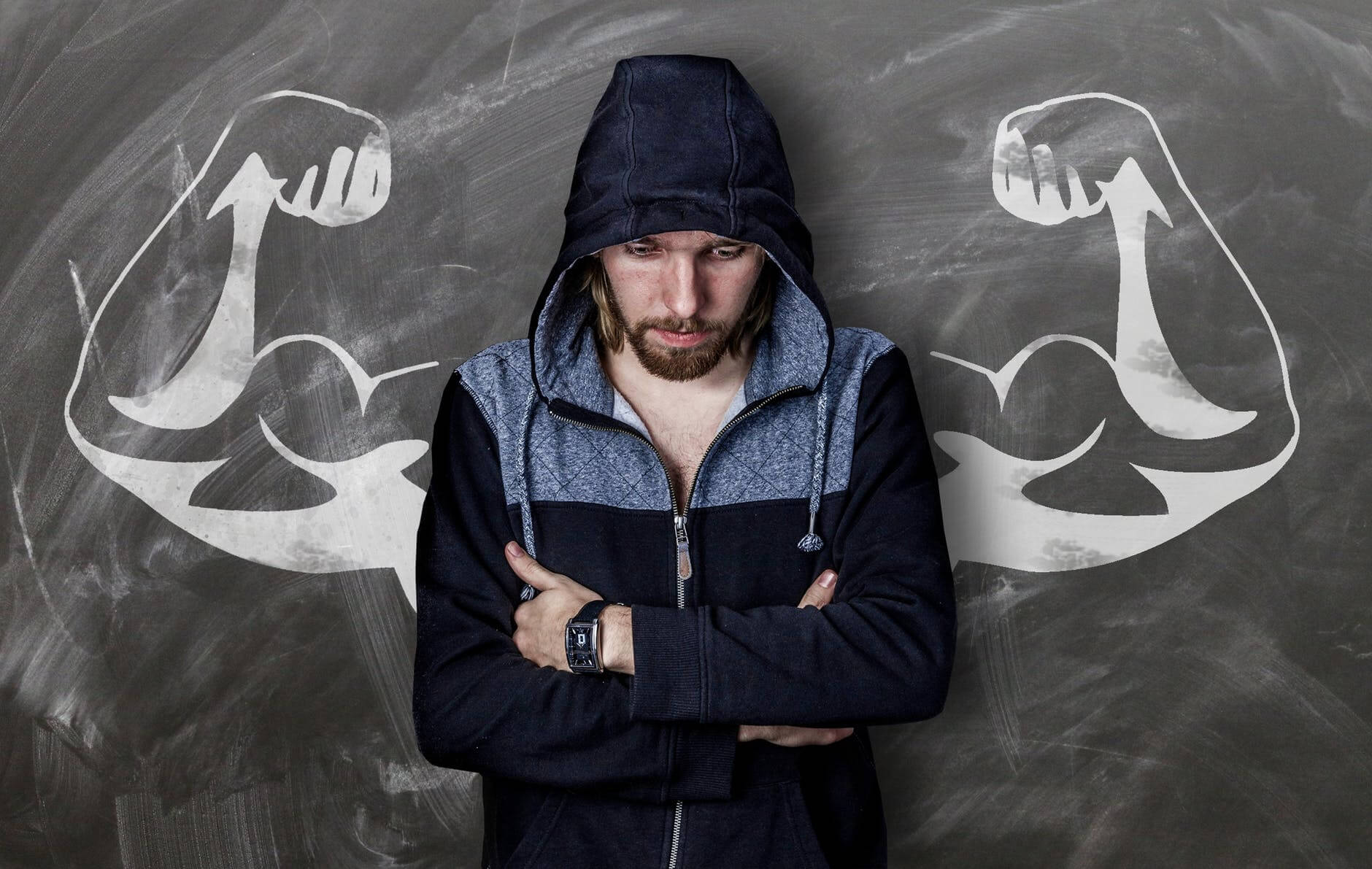 How To Treat Body Dysmorphia

The first step in treating BDD is by discussing the concerns and fears with a physician or a mental health professional. A qualified clinician will be able to make an official diagnosis.

Consumers have been exposed to images of the "ideal" body for decades, in magazines, television, movies, and other forms of media. But now, the opportunity for comparison is endless. And, people of all ages are viewing these "perfect" images from millions of others online, rather than just the people around them or actors and actresses on TV shows.

This is not to say that the media did not negatively impact body image and self-esteem before the emergence of social media. Research, dating back to the 1980s and 1990s found that as models, actresses, and pageant queens became slimmer, the perceived "ideal" body weight and size of women went down respectively. More recently, the average weight of Americans has been increasing, which has created a growing discrepancy between the ideal body and the average body. This discrepancy has contributed to increase in eating disorders cases, low self-esteem, and poor body image. 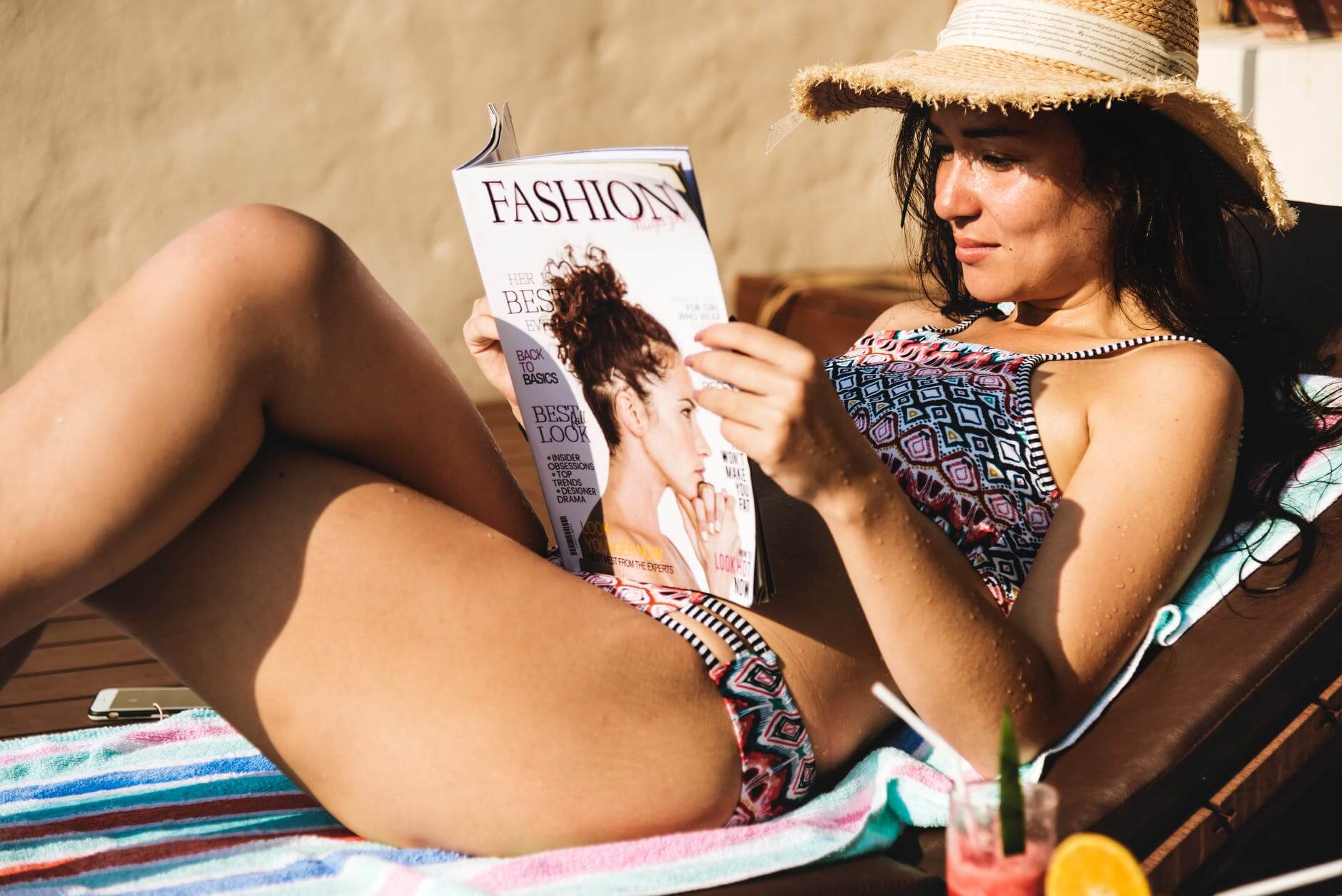 The discrepancy between what men and women wanted to look like and what they actually looked like, positively affected the diet industry. Advertisements from both the diet and beauty industries emphasized thinness and led many women to feel that their quality of life was dependent on their weight and size. Studies conducted in the early 1990s found that the number one wish among both young girls age 11-17 and middle-aged women was to be able to lose weight and keep it off.

The media negatively impacting body image is not a new problem. But, the effects may be more severe or widespread today than they were in the 1980s and 1990s due to the prevalence of social media in our daily lives. In the past, people would perhaps watch a few hours of television or flip through a magazine when they returned home from work. Nowadays, multiple social media platforms are available at our fingertips 24/7. Simply scrolling through Instagram can make almost anyone question their body and life, with thousands of pictures (likely photoshopped) of models and acquaintances vacationing on the beach filling the social network at all times. This is especially problematic for young people, who are easily impressionable and now are constantly exposed to the opinions, thoughts, and images of others.

But, this is not the only way in which social media can impact body image. In addition to pictures, many harmful communities have blossomed online that promote unhealthy body image and dieting. For example, the "pro-ana" and "pro-mia" movements actively encourage social media users to adhere to the disordered eating patterns of anorexia and bulimia. These communities often post pictures of extremely thin celebrities and models as "thinspiration"- the inspiration for social media users to restrict their diets until they achieve the unhealthy thinness portrayed in the photos. 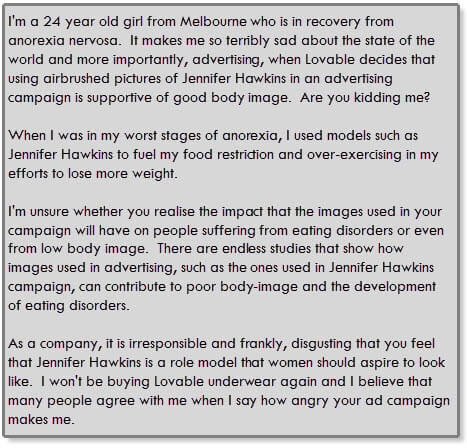 These communities are extremely dangerous and can be very damaging to one's self-esteem and body image. Often, in addition to posting "thinspiration" photos, these communities also encourage users to adopt or continue their eating disorders and offer "support" for those who want to become extremely thin or feel that they are overweight, whether or not it's true.

Thankfully, there are fewer pro-ana and pro-mia communities active today than there were a few years ago.As social media networks have cracked down on these communities, the public opinion of the "ideal" body has begun to change. Rather than the extremely skinny ideal, today most people consider the "perfect" body to be lean and muscular. While this is a healthier view than the very-thin trend of years past, it still sets an unrealistic standard. Now, more and more "fitspo," or fitness inspiration, accounts are popping up, outlining their diet and workout routines alongside photos of their muscular bodies. However, this still sets an unattainable standard for many people who do not have the time or financial ability to adhere to these fitness plans, or whose natural body type is just not able to achieve this muscular physique. While "fitspo" is a step in the right direction from "thinspo," it still promotes an "ideal" body type that is not attainable for many people, and thus fuels negative body image among many social media users.

The Positive Side Of Social Media

Despite its flaws, social media can have a positive impact for some people struggling with their body image. In addition to the harmful body standards that have been present on line over the past few years, there has recently been a "body positive" movement to counteract the message that there is one ideal body type. Those involved in the positive body movement will often hashtag their photos, so all social media users can search the "body positive" or "bopo" hashtag and see a stream of photos of people with all body types feeling confident in their skin. 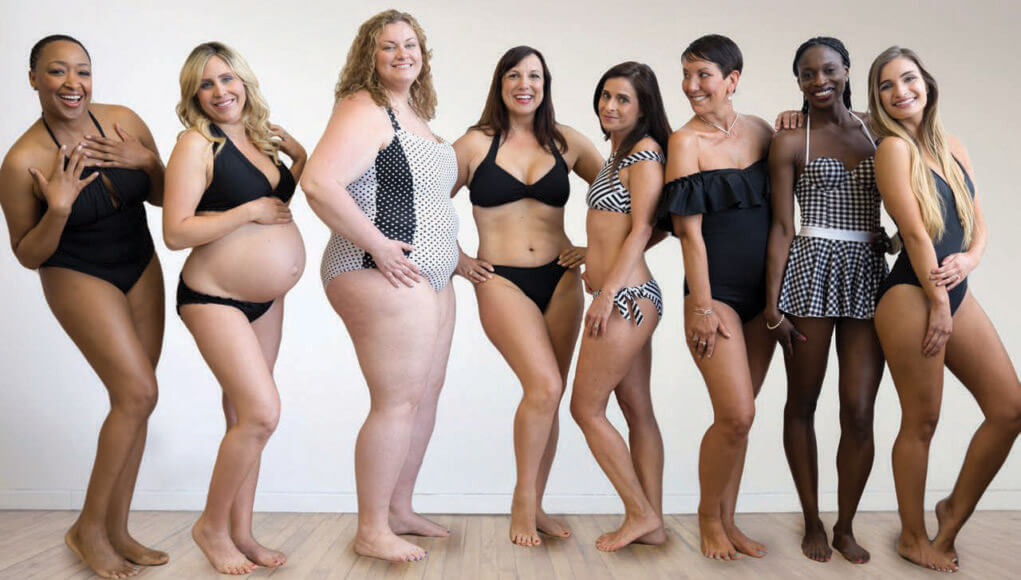 Are You Struggling With Body Image?

If you are struggling with your body image, know that you are not alone. Most likely, many of your peers feel the same way you do. And, you can get help. Working with a therapist or counselor can help you improve your body image and self-esteem, or start your recovery from an eating disorder or body dysmorphic disorder.

It is unlikely that social media is going away anytime soon, but anyone can learn how to better cope with the mental and emotional impacts of social media . Get in touch with a therapist if you want to get to a place where you can keep up with social media while still feeling good about yourself and your body. Learning To Love Your Physical Appearance

What Is The Best Type Of Body Dysmorphic Disorder Treatment For Me?

What Is Body Dysmorphia And How Is It Treated