Diet soda has been a popular drink for a long time. It contains zero, or very little, calories, allowing you to enjoy carbonated or caffeinated beverages with little guilt. While some people can't stand artificially sweetened drinks, improvements to their formulas have made them taste close to the original thing, and sometimes people prefer the taste of diet over the sugary regular. 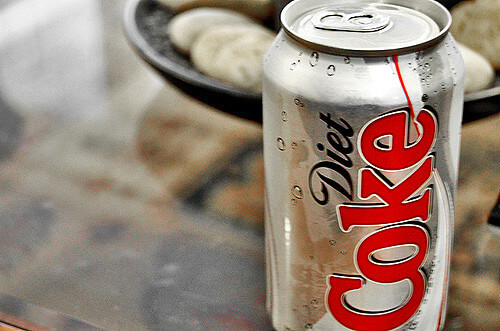 However, diet soda has been quite controversial and the subject of many rumors and speculations. There have been claims that diet soda has been linked to all sorts of ailments, including cancer, diabetes, stroke, and anything else that sounds scary enough to share. Sometimes, these claims come from quack websites, and their claims have little evidence to support them. However, there have been other links that have come from more reputable sources.

We can't talk about all the ailments diet soda has been linked to, so we'll talk about one that has been recent: dementia.

What Is Diet Soda?

When we think of diet soda, we think of Diet Coke or Diet Pepsi, but diet soda started in the early 1950s through No-Cal, a ginger-ale drink. The drink wasn't created for those who wanted to diet, but rather people with diabetes. Afterward, other diet drinks were created, including Diet Rite. It wasn't until over a decade later when Coca-Cola joined the fray, but their first diet drink was Tab, not Diet Coke. Pepsi joined in 1963. Originally, their drink was called Patio Diet Cola but then renamed to the Diet Pepsi we know today. Diet Coke didn't come into the market until the early 1980s.

The belief that diet sodas may be linked to health effects was popularized in the late 1990s through internet chain emails claiming that aspartame could lead to multiple health effects. Since then, the idea of diet soda being dangerous to you hasn't left the minds of the public, even if aspartame has been phased out in some instances. Many alternative medicine health sites will talk about the dangers of diet drinks, even if there is little evidence to back it up. 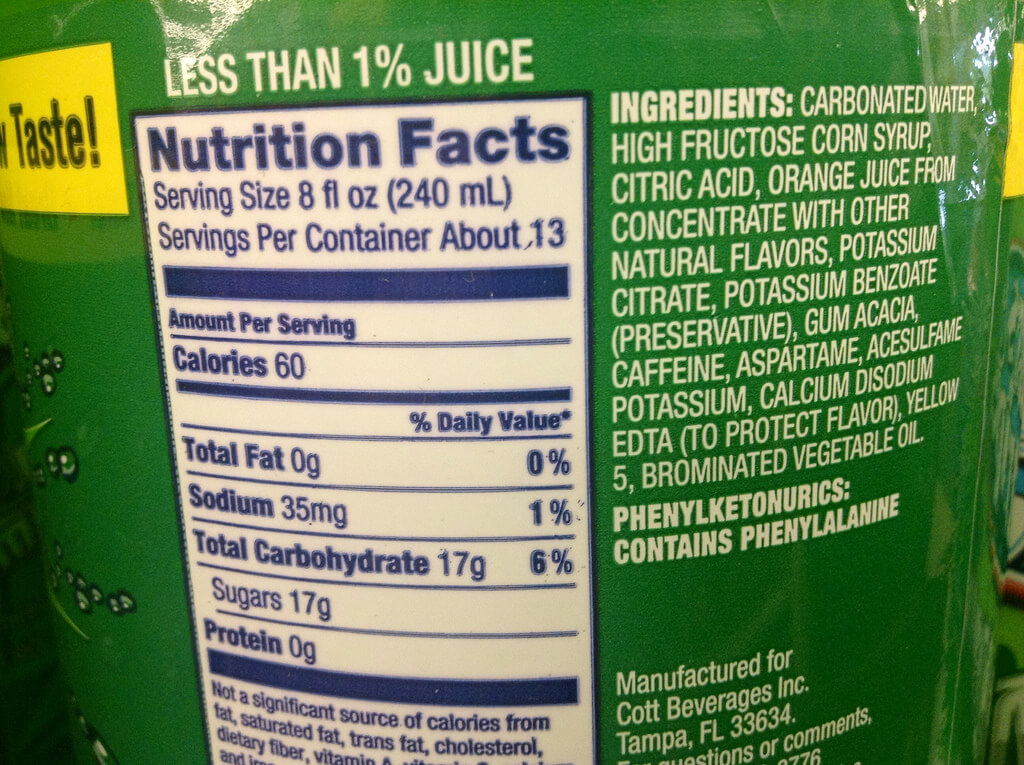 Dementia is not the name of a disease, but rather the umbrella term to describe disorders that affect cognitive functions. Perhaps the most infamous form of dementia is Alzheimer's disease, where the mind gradually breaks down over time, leading to impairment, forgetting self and family, and eventually leading to death. Alzheimer's counts for about 70 percent of all dementia cases.

It's upsetting having a loved one go through Alzheimer's or another form of dementia, and the idea of getting it yourself can be quite terrifying. While there may be ways to slow down the prognosis of Alzheimer's, there's still no cure.

The cause of Alzheimer's is still not understood. There may be a genetic reason, and there may be certain lifestyle choices that can increase the risk for it, but there is still no good cause for the disease. The same applies to other forms of dementia as well. One such form of dementia is vascular dementia, which is caused by multiple strokes or the lack of blood being sent to the brain. Another form of dementia is Lewy body dementia, genetics and a poor lifestyle can cause this form, but the exact cause is still unknown.

Therefore, the claim that diet soda can increase your risk is a bold one and is worth exploring.

Last year, in April 2017, the American Heart Association's journal, Stroke, published a study involving almost 3,000 adults over 45 and about 1,500 adults over 60. They asked the adults about their dietary habits, and then followed up with them through 10 years, still asking about their habits.

This is a bit eye-opening. No one wants to go through dementia, and yet many people drink diet soda on a regular basis. So, is the study true?

It's hard to answer that. First, that correlation does not imply causation. If you do believe correlation implies causation, it can lead you to some ridiculous and downright unscientific claims. It's how pseudoscience gets peddled.

Also, although the study did adjust for certain factors, there are still other factors that they did not look at, such as race, health risks, family history, and a few others.

Not to mention that this is still a small group of people. Compared to the population of the US, 4,500 is not that much, and maybe not enough to conclude. This is another thing to remember; the study did not conclude that diet soda causes dementia, but instead, there was an association with some people who had strokes and dementia and those who drank diet sodas.

So, to answer this article's question, we can't say yes or no. No one likes an unknown answer, and that's one reason why the headlines like to exaggerate what the study said. However, further research does need to be done when it comes to the link between diet soda and dementia.

Even if the evidence linking diet soda to dementia is still out, there are some reasons why diet soda may not be good for you, and one such reason is that diet soda may cause you to gain weight.

Most people drink diet soda because they want to lose weight. Soda can add hundreds of calories to your meal, so taking that off can add up and make you lose weight. However, some studies say drinking diet soda can cause you to gain weight. How can this be?

There have been some speculative reasons. One reason is that diet soda may stimulate your appetite; your body thinks it has sugar, so it prepares itself for calories. When it doesn't get those calories, you may end up eating more as a result, which can cause weight gain. 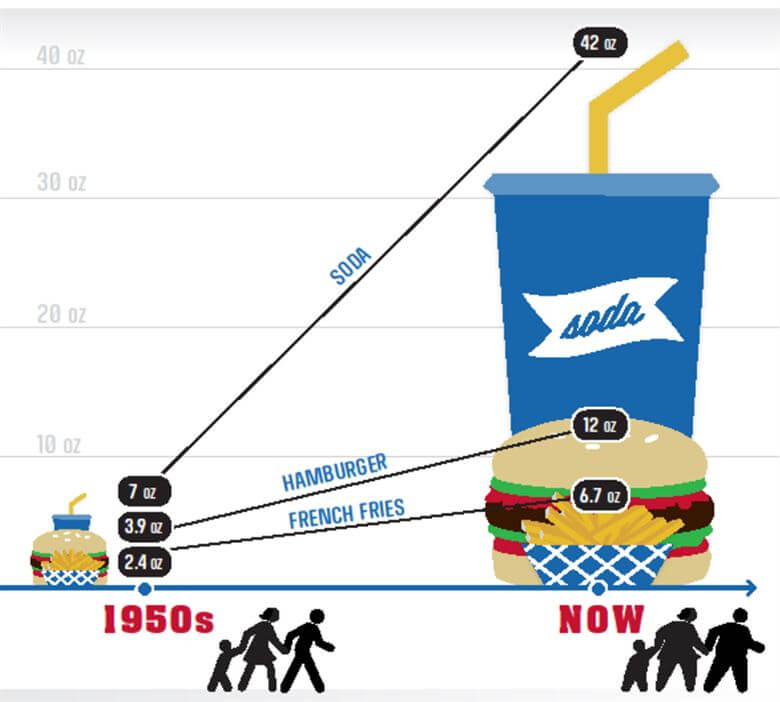 Another reason may be that people overestimate the benefits of cutting out soda. They may think they can eat a little more, sothey consume even more calories. We've all heard the joke about someone ordering a large burger, a large fry, a large milkshake, and then a Diet Coke. There's some truth to that joke.

If you're trying to diet, you should watch your calorie intake. Also, try replacing soda with water, as this can help you lose weight as well. Water can help you refresh your muscles for a better workout, regulate your bowel movements, so you feel less bloated, and let you have a good workout in the end. If you want to lose weight, drink more water and less soda, regardless if it being diet or not.

If you need your caffeine fix, black coffee or unsweetened tea are a few good options.

One or two diet sodas every once in a while is probably not going to hurt you, but if you're serious about dieting, don't use it as a miracle cure-all.

If you're serious about losing weight, talk to an expert; they can help you create a diet tailored to your needs.

If you want to change your dietary habits, have a loved one going through dementia, or want to improve your life, then put down that diet soda and talk to someone who can offer you help. A therapist can help those who want to accomplish their goals do so in ways that are easy to implement. For example, if you're trying to quit sodas, a therapist may come up with a plan to wean you off them without making you quit.

To summarize, there may be a link between diet soda and dementia, but it's still unknown. However, diet soda may lead to weight gain, and should not be used as an effective way to diet. If you have any questions or concerns about your health, it's worth it to speak to a doctor.

Dementia Facts And The Prevalence Of it

Prilosec And Dementia: How It Affects People
For Additional Help & Support With Your Concerns
Speak with a Licensed Counselor Today