Advice Home > Depression > The Relationship Between Depression And Eating

The Relationship Between Depression And Eating

When you imagine someone who is depressed, you might imagine someone laying in bed or on the couch eating ice cream out of the tub or potato chips out of the bag. In most ways, this stereotype is unfair towards people suffering from this serious condition. However, the perception does come from a nugget of truth. 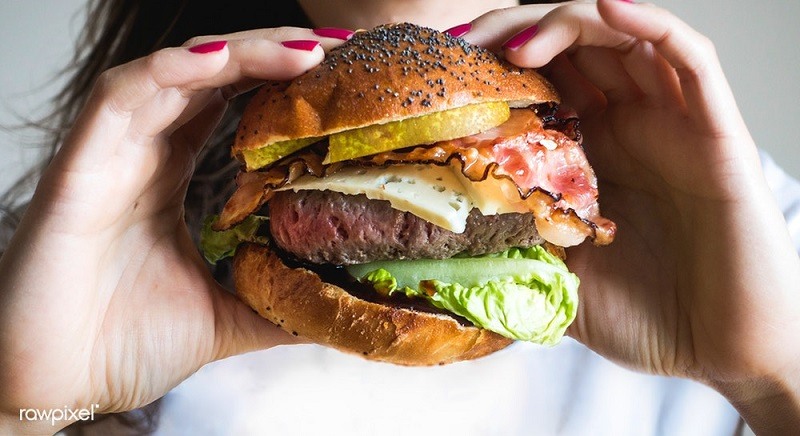 Depression is linked to diet in a number of ways but the relationship is not nearly so straightforward as the common misconception described above. In fact, there are several different relationships between depression and eating and some of them are not nearly so well known.

Many of us say that we are "feeling depressed" when we're really just sad or don't feel like getting out of bed. Real depression is known for feelings of sadness, hopelessness, apathy, and lack of energy, but these feelings may last for weeks or months at a time or may seem to never go away. These feelings may be so severe that the depressed person is unable to make the commitments, maintain healthy relationships, or maintain a healthy lifestyle.

In many cases, shorter-term depression can follow a traumatic event like the loss of a loved one. Even without professional help, this kind of depression doesn't usually last forever and with professional help like counseling and or medication, it may go away in a matter of months or years.

In other cases, however, depression is caused or worsened by an imbalance of messenger molecules in the brain called neurotransmitters, specifically serotonin. Serotonin may not be produced in adequate amounts, it may not stay in the brain and body long enough to be used, or there may not be enough healthy serotonin receptors for it to do its job. There are other neurotransmitters that impact emotion and if these are out of whack it may mean that serotonin is unable to do its job effectively, even in the absence of the other potential problems that we have discussed.

Neurotransmitters impact how our brains and bodies work, so imbalanced brain chemistry can lead to an imbalanced diet. However, because everything that goes on in our bodies is the result of what we put into them, the relationship goes the other way as well. 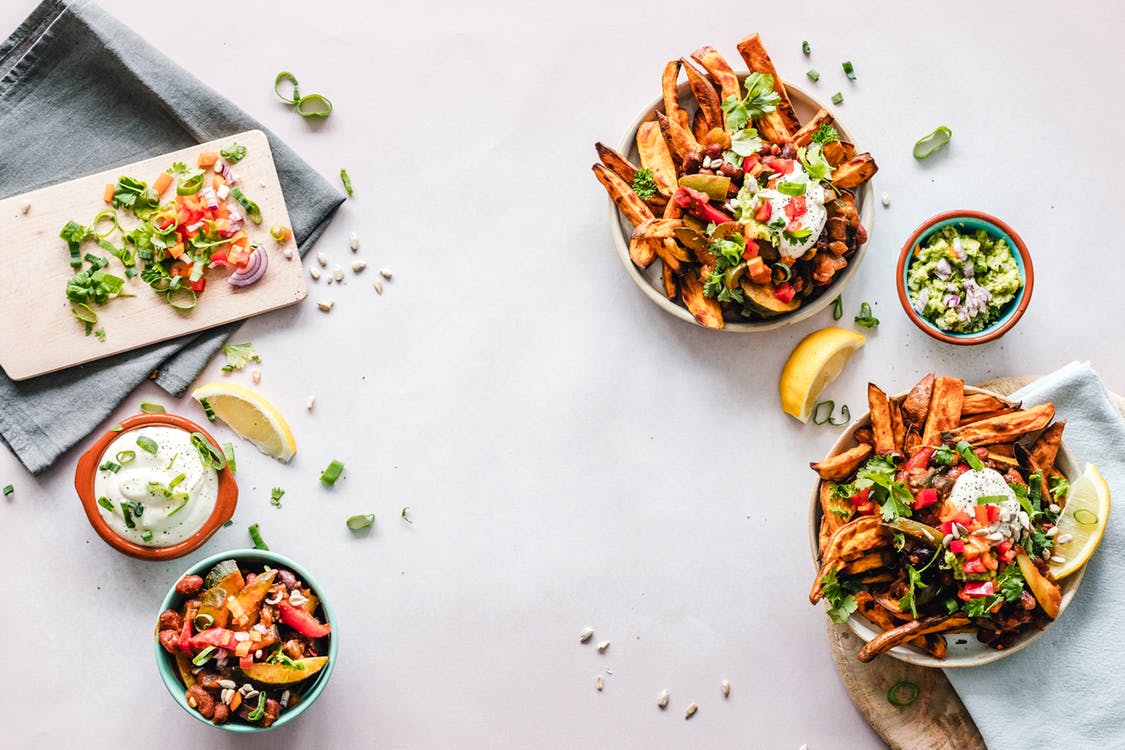 Our bodies make and release serotonin and other neurotransmitters when we eat certain foods. For example, the protein tryptophan triggers increased serotonin.

Further, brain chemicals don't exist in a vacuum. They exist in a complex biological context that includes a large number of other chemicals. For example, staying hydrated and getting enough healthy oils can both help to make neurotransmitters, including serotonin, work the way that they are supposed to. That's because water and fat are both used to dissolve nutrients and carry out certain chemical reactions in the body. Water is also important for maintaining salt balance in the body which is important for the nervous system. Further, fat is an important part of nervous tissue. It acts as insulation the way that the coating on a wire is used in electronics. Without enough fat in the diet, the nervous system can't work like it's supposed to.

There's also a well-established link between depression and low vitamin D. Vitamin D in the body exists in a dormant form which needs to be activated by the sun. That's part of the cause of the seasonal affective disorder, which includes symptoms of depression. However, there's a common misconception that vitamin D comes from the sun. The sun activates vitamin D in your body but you need to take the vitamin D in through foods first.

None of this means that you can fight depression with fortified cereals, fish oil pills, and lunchmeat - that's not the point. The point is that a balanced diet can help to prevent depression and once an individual has sought out professional help with their depression, keeping a healthy balanced diet can only help their management or recovery.

If eating healthy is so important for depression, why does the first image of a depressed person that we often conjure up one with a poor diet? That has to do with the chemical makeup of those foods.

Evolution is a slow process and it hasn't caught up with today's high availability of energy and fats. As a result, feel-good chemicals are released into the brain when we eat fatty and sugary foods because our brain is trying to reward us for eating things that were very scarce for most of human existence. This is the reason that many of us crave junk foods, especially when we are feeling sad.

Some foods, perhaps most famously chocolate, simply contain these feel-good chemicals, along with other things that increase our energy levels, like sugar and caffeine. It's not a surprise, then, that people who are feeling down and drained of energy may search out these foods.

Unfortunately, the case is also true for alcohol. Alcohol binds to neurotransmitter receptors in the brain including serotonin receptors. As a result, alcohol can seem to provide some relief from depression. As a result, some people with depression - especially undiagnosed depression - attempt to self-medicate with alcohol. However, alcohol is itself a depressant so it can actually make symptoms of depression worse. Further, by binding with serotonin receptors in the brain, it can make it harder for these receptors to be satisfied with the serotonin that they do have access to.

The chemical makeup of junk food isn't the only reason that people with depression often indulge in it. As we've mentioned, one of the hallmark symptoms of depression is a lack of energy. The healthiest food is the food that we make ourselves. So when we aren't feeling up to much it becomes more and more tempting to eat pre-prepared foods or delivery - seldom a healthy option.

That might be why it is common for people to bring food to someone who has just lost a loved one or has just come to a new town. Moving and losing a loved one both commonly cause depression and having easy access to someone else's homemade food is better than looking for unhealthy pre-prepared food - or worse, not eating at all, as we'll discuss below.

If someone you know is struggling with depression, you might want to consider preparing food for them or offering to help them prepare food. This can make it easier for them to have access to healthy food as well as turning to eat and preparing food into a positive social experience - which can be very important for someone who lives alone or has just lost a loved one. If you take on this role, remember to keep things healthy but allow for some indulgence. Remember as well that carbs, fats, and sugars can exist in healthy forms like breads, the occasional fried foods, and fruits respectively.

Eating & Depression: When There Is No Eating 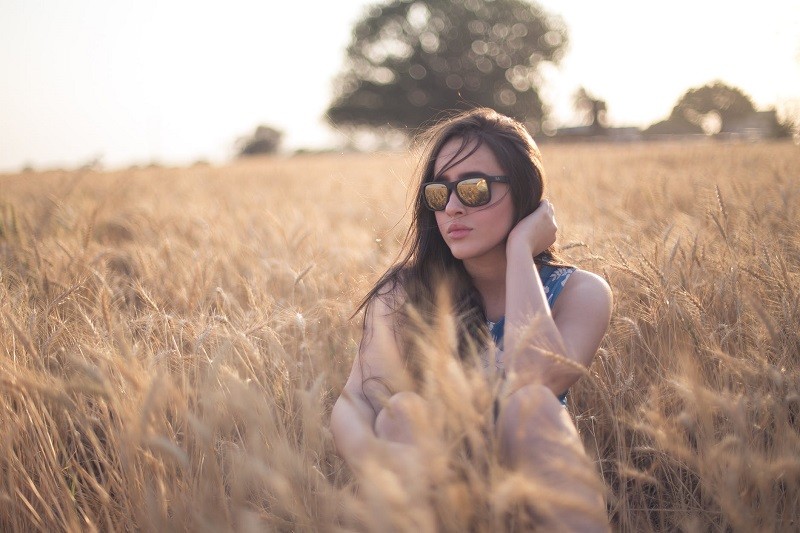 As we mentioned above, many people with depression may find making food difficult due to apathy and low energy. On top of this, another symptom of depression is a loss of appetite. Like most symptoms, not everyone will experience this but for some, it can be serious.

Also as mentioned above, a healthy diet is important for making sure that the body can produce and effectively use neurotransmitters. As a result, not eating because of depression can be a vicious cycle in which the individual experiences depression, loses their appetite, stops eating, and suffers worsening symptoms of depression because their body is not getting the nutrients that they need.

Once again, you may be able to help a person with depression to maintain a healthy diet by offering to prepare their food or offering to help them prepare foods for themselves.

Diet plays an important role in depression. That doesn't mean that depression can be fixed with dietary changes alone. If depression is severe or lasts more than a few weeks, it's time to seek out professional intervention.

Depression is treated in three key ways. One of these is medication, usually Selective Serotonin Reuptake Inhibitors. These work by making the body's naturally produced serotonin stay available longer so that it can be more effectively used. Unfortunately, one side effect of serotonin reuptake inhibitors is weight gain but newer and more selective medications have decreased the risk and severity of this considerably compared to earlier generations of medication.

Exploring The Option Of Online Therapy With BetterHelp 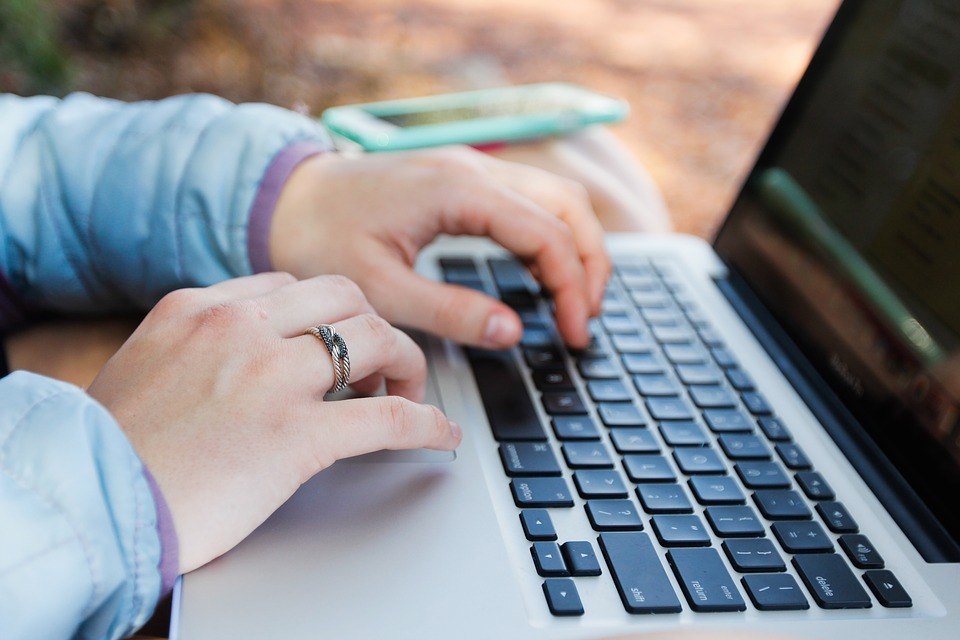 One way to increase access to therapists and counselors while decreasing the price is to explore the options for online therapy.

BetterHelp connects individuals with thousands of licensed and professional counselors and therapists over the Internet so that they can get help when and where they need it and at a price that is more affordable than seeing a therapist or counselor in person.

For more information about how online therapy can benefit you or someone you care about, visit https://betterhelp.com/online-therapy/.

Nicotine And Depression: Is Smoking Making Me Sad?

How Genetics And Depression Are Linked
You Don’t Have To Face Depression Alone. Our Experienced Counselors Can Help.
Get Help & Support With Depression Today

Why Are The Signs Of Depression In Men Different Than In Women? Postpartum Depression Statistics: Knowing The Numbers What Are The Natural Cures For Depression? How To Diagnosis Depression: How To Cope After A Diagnosis Depression In Older Adults: Can It Develop After Retirement? The Connection: Melatonin, Depression, And Happiness
The information on this page is not intended to be a substitution for diagnosis, treatment, or informed professional advice. You should not take any action or avoid taking any action without consulting with a qualified mental health professional. For more information, please read our terms of use.
Your session is about to expire!