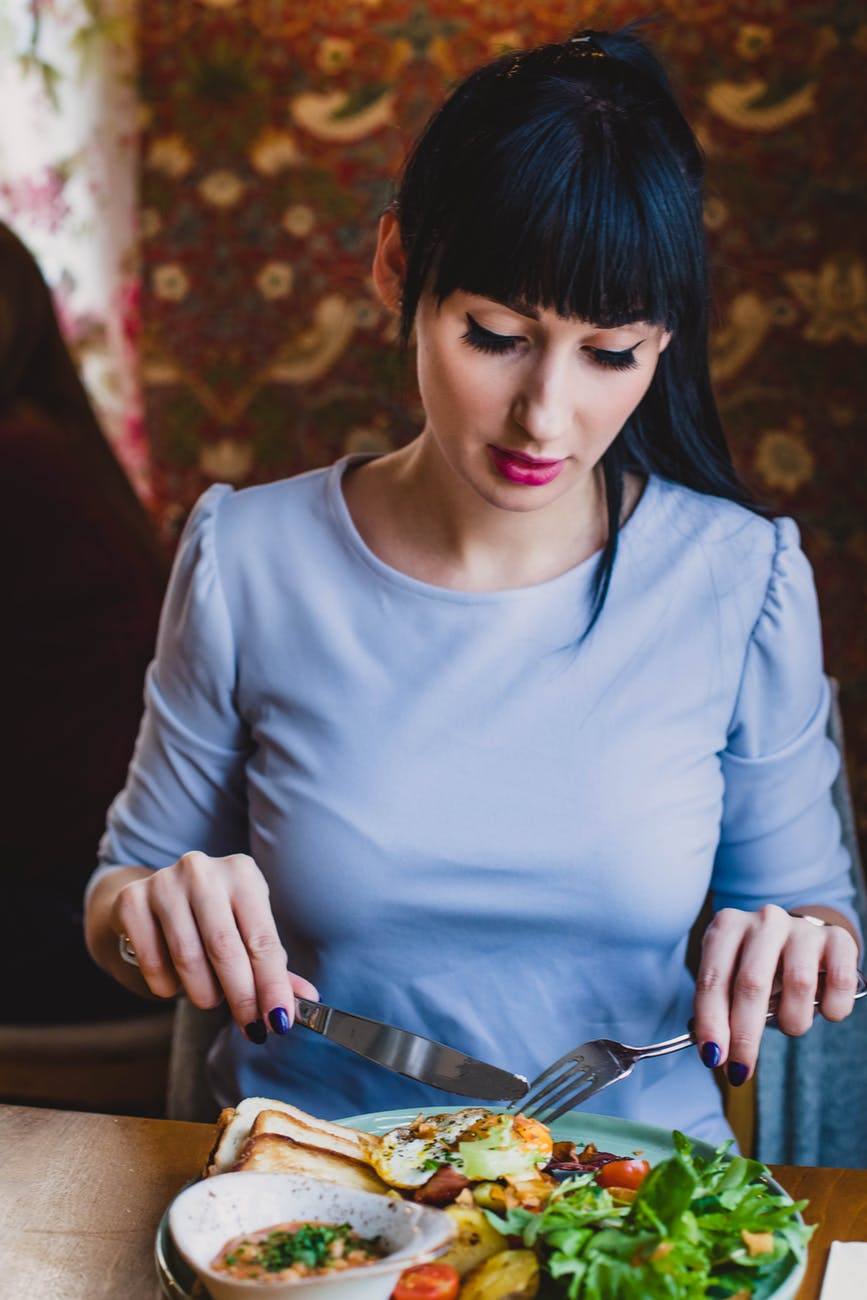 Psychologists use the Diagnostic and Statistical Manual-Fifth Edition (DSM-5) to diagnose Eating Disorders. This guide defines Anorexia Nervosa (the official name for Anorexia) with specific criteria:

All three symptoms are required to assign a diagnosis of Anorexia Nervosa officially; however, even when someone has even just one of these symptoms, it can be a cause for concern. Therapy can be used right away as an early intervention to prevent the symptoms from getting worse.

Typical Signs And Symptoms Of Anorexia

The essential symptom of Anorexia is restriction from eating. Restriction from eating could be skipping the occasional meal or skipping meals more frequently. It could also mean eating less at a meal than is typical for a person of that age, gender, and size. Some people with Anorexia get to a point where they do not eat at all, or extremely limited amounts, which is clearly very dangerous. 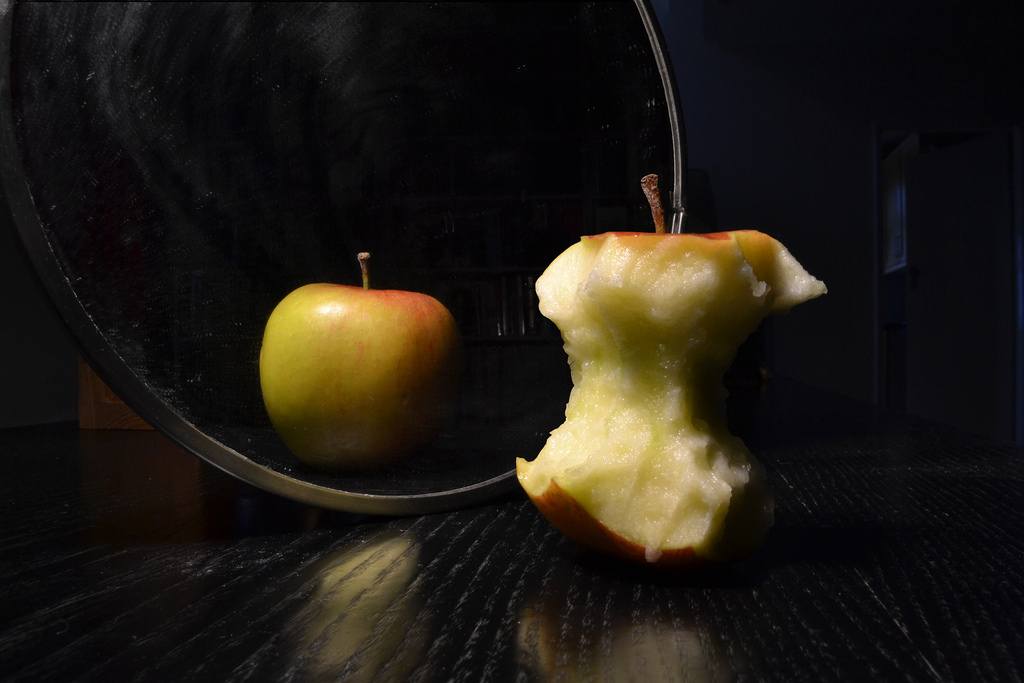 For most people, the restriction from eating is due to a fear of gaining weight. Often, people with Anorexia vi ew themselves as larger than they are. So, they look in the mirror and see themselves as overweight. This distorted view contributes to them wanting to take action through restricting their food intake. However, body image is sometimes not the cause of Anorexia.

Issues with body image and a distorted body image are often actually due to bigger problems with self-esteem. Often, when people consider themselves they feel badly about many aspects of themselves, not just their body. They may lack confidence in their abilities and be critical of nearly anything they do. Sometimes this criticism is actually due to perfectionism and unrealistic expectations.

It should be noted that people with restrictive eating will also sometimes engage in behaviors to eliminate food or calories from their body. When they have eaten, they then make themselves purge the food. Many will also engage in excessive amounts of exercise.

Sometimes people with Anorexia do not realize that they have a problem. They may think they are okay when they are not. Often, people who restrict their eating also become so used to this way of life that it becomes increasingly difficult to change their behaviors and become healthy again. It can be really hard for the person to get better on their own. These are more reasons why therapy is so necessary to help make those changes.

Although restrictive eating and fear of gaining weight are the key features of Anorexia, this condition is also characterized by other features. Sometimes people with Anorexia have grown up in really difficult home situations. Their family and home may have been rather unstable. The behaviors of Anorexia may have emerged as a means to gain control over some aspect of their life.

Similarly, people with Anorexia often have a history of trauma. This could be childhood trauma, including abuse. It could also be some other form of trauma such as a sexual assault. The trauma of a sexual assault can often leave people feeling uncomfortable with their body. They may seek to harm their body. Alternatively, they can also be looking for new ways to cope. The disordered behaviors of Anorexia may emerge as a maladaptive means of coping. 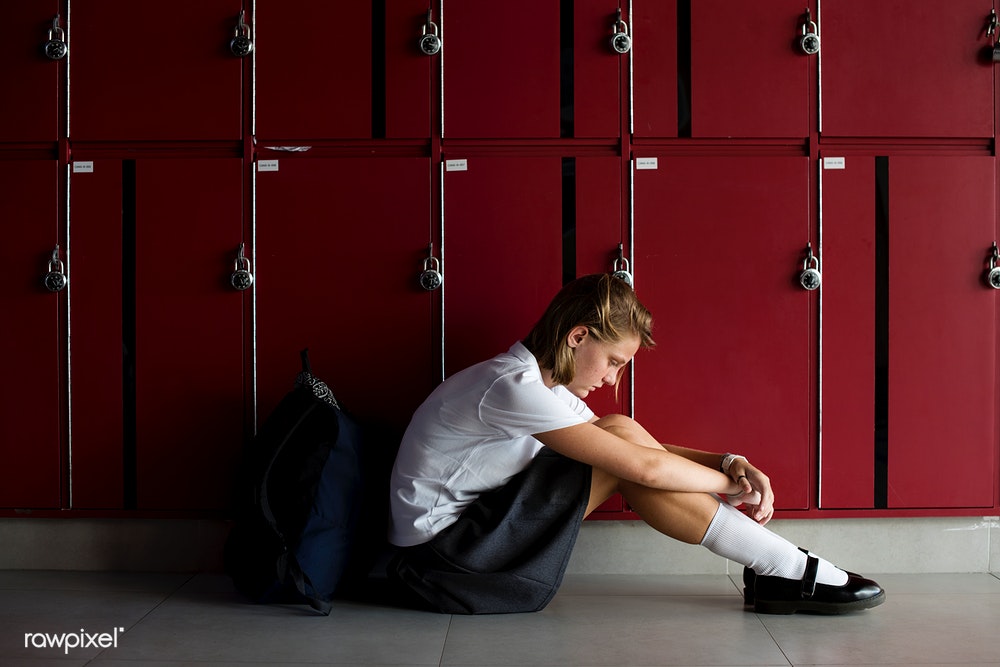 Often, mental health concerns occur in tandem. So, many people with Anorexia Nervosa also experience symptoms of other conditions, such as Depression or Anxiety. As people progress through their disorder, the lack of food and malnutrition can also create secondary problems. People may start having difficulty thinking. They may be unable to focus or concentrate. The condition can then start to affect many other areas of their life, including work and school.

People often think of Anorexia and the other Eating Disorders as being a problem only women have. While women do more often experience Anorexia Nervosa, men can also experience the symptoms.

If you are worried about yourself or someone else, certain signs can indicate Anorexia may indeed be a concern. Keep watch for these warning signs:

Seeing any of these warning signs could indicate something is not quite right. If you are concerned that someone may be struggling with Anorexia, talk to them and connect them with help.

Health And Medical Risks Of Anorexia

More than almost any other disorder, Anorexia can cause significant health problems that often require medical intervention to manage and treat. Learn more about the Anorexia medical definition: 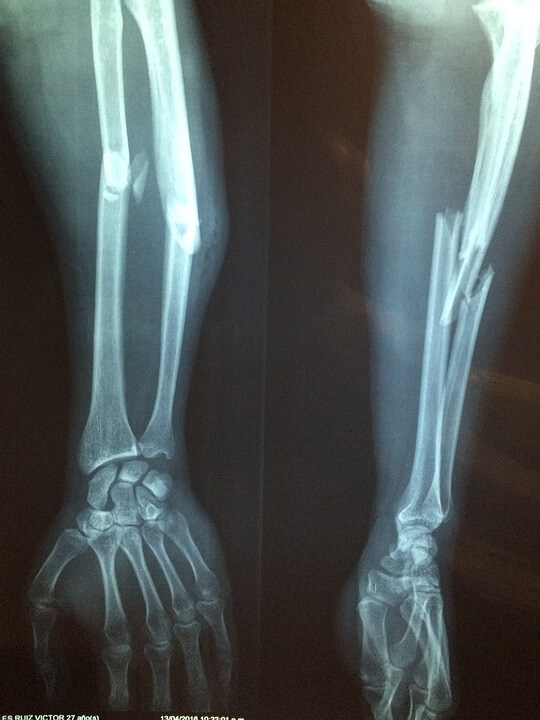 These physical symptoms can get progressively worse if Anorexia is not treated. Eventually, failing health can even lead to death. For this reason, it is important to seek help right away.

Anorexia is a complex disorder, and it is unlikely you can stop these behaviors on your own. There are a range of treatment options for Anorexia. Some are more appropriate than others, depending on the level of severity. If caught early, when symptoms are more minimal therapy will be most appropriate. A therapist can help to assess the condition to determine the best approach.

Some therapists will help clients learn better-coping skills; some will help uncover more broad problems with self-esteem, some will help to resolve past trauma that may be influencing the disordered eating behavior. Many approaches work well and what is used will usually depend on the symptoms.

One specific approach that tends to be very helpful for Anorexia Nervosa is Cognitive-Behavioral Therapy (known as CBT). This approach is well-supported by research. With CBT, the therapist helps to identify negative thought patterns and dysfunctional behaviors. Then, they teach how to change irrational thoughts and develop new and healthier ways of coping.

In some cases, therapists may utilize other forms of therapy too. When someone with Anorexia still lives at home, the process may involve Family Therapy, to ensure that everyone in the home knows how to best support the client. In the "Maudsley Method" of family therapy, the parents take responsibility over ensuring their teen improves their eating habits.

Another option may be medication. Research suggests that people with Anorexia may have imbalances in their neurotransmitters (brain chemistry), which can be corrected with psychotropic medications. Sometimes, it is also helpful to work with a nutritionist. Then, the therapist and nutritionist may collaborate as part of an eating disorder care team to provide the best possible care.

Given the health risks, you may also need a physical evaluation and medical care. In the most severe cases, where clients have many symptoms and health problems that could cause a medical risk, inpatient residential treatment or hospitalization may be required. In this setting, the person's behaviors and health can be monitored. The safe and intensive environment may be necessary to get better. 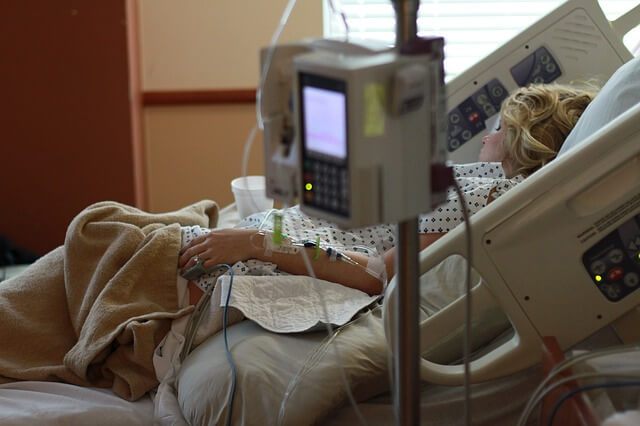 What is Anorexia Nervosa? Anorexia is a serious eating disorder that can eventually have deadly consequences if left untreated. Now that you know more about the definition of Anorexia Nervosa, it is likely clear that anyone with these symptoms should get help.

For the best recovery from Anorexia, you should seek out therapy services with a counselor or psychologist. A therapist can help you overcome the symptoms and the underlying problems to get healthy again. As you start working with a counselor, they will assess your symptoms, and they may make recommendations for other helpful services, such as a medical evaluation.

Binge Eating Disorder Symptoms And Characteristics To Be Concerned About

Anorexia Statistics Reveal That Other Mental Disorders Play A Part. How?
For Additional Help & Support With Your Concerns
Speak with a Licensed Counselor Today