How To Start Telling The Truth

If you seem to be dishonest frequently, whether on accident or on purpose, it's natural to feel worried. Understanding this habit or compulsion from its root will be helpful in un-learning this behavior. A therapist can help you set achievable goals, form different habits, and live in accordance with your values. The first thing to understand when talking about pathological dishonesty is what the difference is between involuntary and normal behavior. If you're trying to learn ways to improve, it's important to look at your behavior (including thoughts) leading up to telling a lie. Continue reading for advice and tips for improvement. 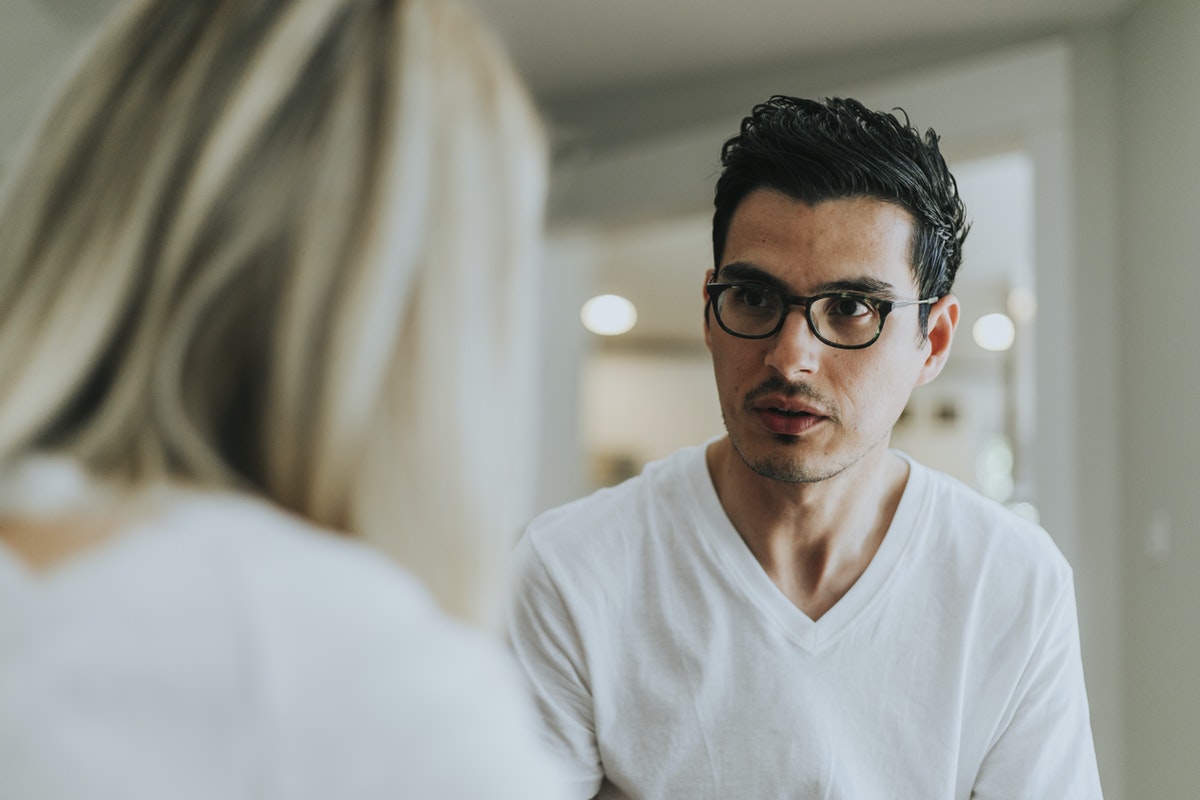 What Is Uncontrollable Dishonesty?

If you find yourself telling a friend she looks great even when her new dress is not your style, or telling your partner that you love the meal they've cooked, even though it's not the best, that's not compulsive lying. That's considered a 'white lie.' It's something we tell that doesn't hurt anyone, and also keeps them from getting hurt. These types of lies are generally forgiven and forgivable (even if the person never knows you lied). Lying is also a natural reaction to fear of unacceptance. Think of a five-year-old who did something she knows mom won't like and says, "It wasn't me." This is also not an example of compulsive lying.

If you often find yourself lying more frequently about more things, however, you may be a compulsive liar. Compulsive liars often: 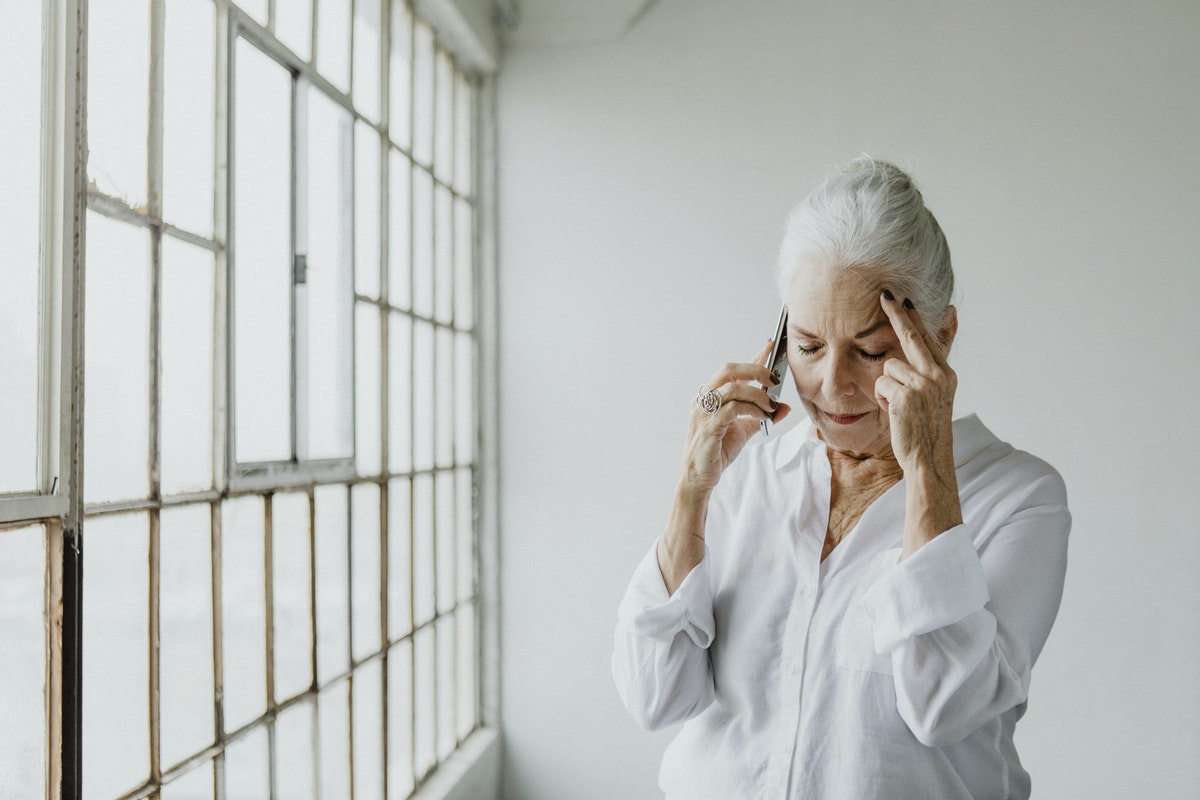 So just how are you going to stop yourself from lying? It's not going to be an easy process to stop lying, but it's one that you can engage in with some work. BetterHelp can find you a professional who won't judge you and will be on your side from day one, so you can start the process of unlearning this behavior. Here are some considerations to think about when making a sincere attempt to stop lying and make a change for the better:

Make Yourself Accountable. Sometimes it feels tempting to do things if we think we'll be able to get away with it or no one else will ever know. How will you feel about that decision later though? Be accountable to yourself whenever you speak, and make sure you tell the truth, even if no one will find out that you lied. Be honest with yourself about why you're lying as well-what do you hope to accomplish? What is your end game? What is easier in this situation about lying versus telling the truth?

Telling the Truth Is Easier. It's a whole lot easier to tell the truth, even though you may be used to lying. Think about all those lies you've told people. They're exhausting, right? You must remember everything you said to this person or that one.

If you tell the truth, you don't have to struggle to remember how to cover the tracks of lying behavior with more lies. You can just relax. Lies often start as something that may seem small or insignificant but could end up costing you or someone else in a way you didn't intend. Can you think of any ways that lying has cost you or someone else something you wouldn't have had to pay?

Omission Is the Same As Lying. If you fail to disclose important information to someone, even when you know it's necessary, it's the same as lying. If someone is looking for their phone and you know where it is but don't tell them, that is still an example of dishonest behavior. It may not seem as obvious as telling a lie outright, but if you're ready to practice some radical honesty, lies of omission also must stop.

The Truth Will Likely Come Out. You may have already experienced this one. If you're not telling the truth, sooner or later something unexpected will probably happen that exposes your lies. Your long-estranged mother who abused you as a child will walk into the office one day to tell your receptionist all about that great party you threw for her last weekend. Your close friend will stop by the soup kitchen you (supposedly) volunteer every Friday and find out you've never been there. The smallest lies can unravel quickly, even when no one is intending to prove you wrong. 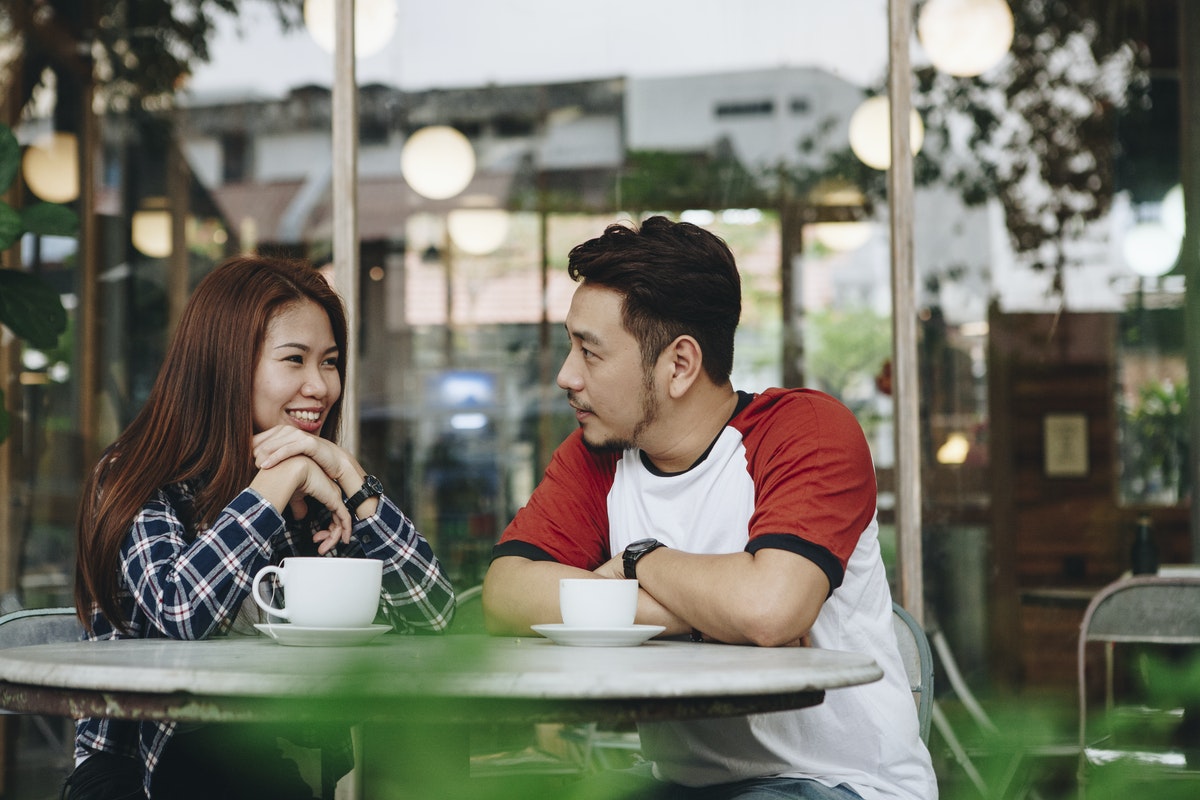 The Truth May Not Be So Scary. Sometimes people lie to feel a sense of security or to hide something about themselves they don't think others will like or accept. It can be hard to take a leap of faith that people will accept you as you are, not a person you fabricated or tried to make "better" in some way.

Consider giving the people in your life a chance, and you might be surprised in a great way when you discover they can digest it.

Decrease Stress. For some people, lying can be a stress reaction. You may have been in a situation where you felt so overwhelmed that you could not think straight enough to feel like you could come up with a good answer, and the result ended up being a lie. Lying serves to take the pressure off in this way. Sometimes, people genuinely do not even realize they're telling lies if lying is an almost automatic reaction to stress. In these types of cases, someone else might be calling to your attention that what you said was untrue. Learning some healthy methods to identify and cope with stress could help this type of lying.

Start Small. It's overwhelming to think you must change all at once. Start by telling people a few true things every day. Set a goal for yourself. Don't say "I won't lie today" because that can be very hard to achieve at the beginning of your process. Set a specific goal on how many true things you'll say that day about yourself. Maybe you start with three or four, but you want to start small and work your way up from there.

Before you know it, you're going to be in the habit of telling the truth, and you'll see the immense positive impact it has on your relationships and your overall life. 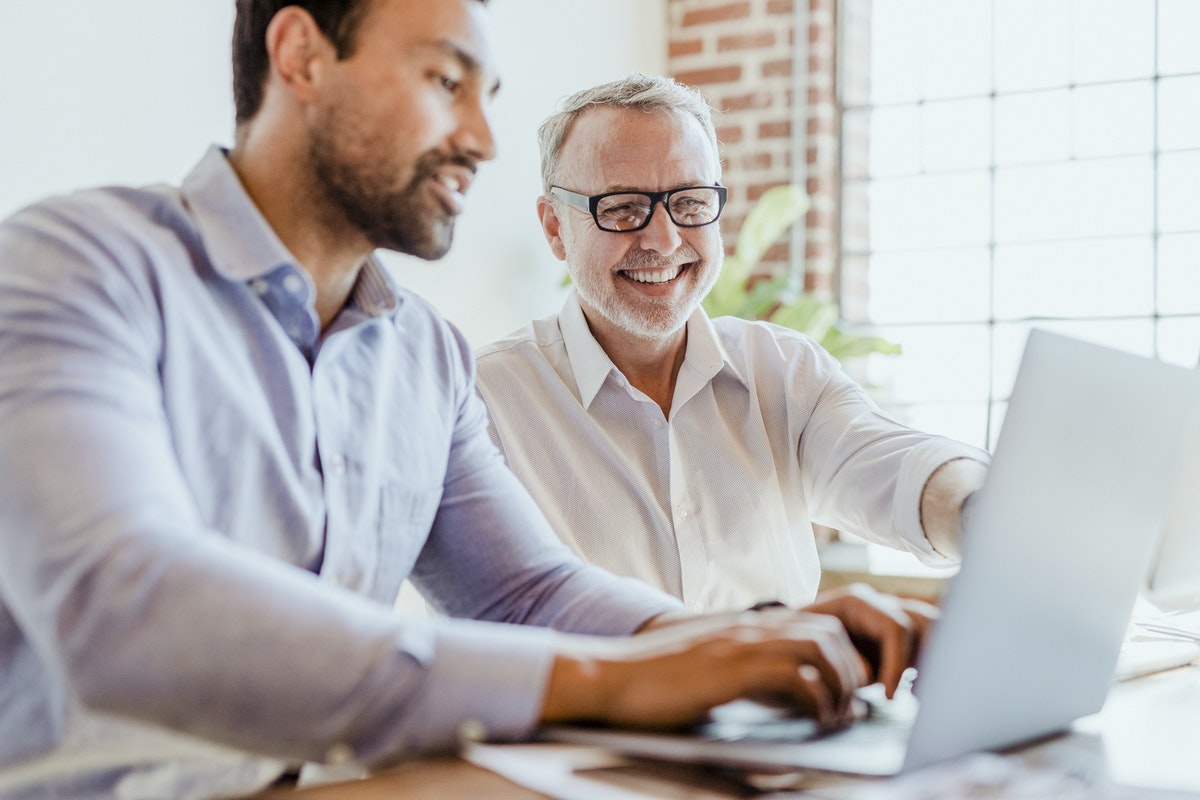 BetterHelp Can Support You In Improving And Recovering From Bad Habits

If you want to get help, but you have trouble finding the time, BetterHelp can help you find a therapist that can work with your schedule. BetterHelp is an online platform that gives you access to trained therapists from the comfort of your home. You won't have to worry about stuffy waiting rooms or uncomfortable conversations with a new counselor. You'll have someone who cares and is ready to help at your fingertips. Read below for reviews of BetterHelp counselors from people experiencing similar issues.

"Douglas has helped me realize and find a way to break a pattern that I've been having for the last few weeks and probably lifelong. This is going to help me improve my relationships and my life will be more fulfilling. I'm glad I got to talk to Douglas, I can sense he is a great professional."

"Nancy is one of the best counselors I've ever had, and I have had many. She's very down to earth and in touch with me emotionally. Our sessions are always productive and thought-provoking. I highly recommend Nancy to anyone who wants a forthright, no-nonsense approach. If you don't want to think and talk very honestly about yourself, find somebody else. Nancy is going for the truth to really help."

Final Thoughts On Dishonesty And How To Stop Lying

Even though you might be comfortable in the way you're coping, there's always a better way. You deserve to feel free from the stress and discomfort that comes from your compulsive lying, and the people around you don't deserve to be manipulated through lying. Take the first step today and find a therapist who can help you stop lying and start telling the truth instead so you can improve your personal relationships and encourage personal growth.

Still Wondering How To Stop Lying?

If you're struggling with stopping lying and would like to recover from lying as a coping mechanism, therapy can support you in curbing the habit. Therapy is a personal experience, and not everyone will go to it seeking the same things whether for stopping bad habits or otherwise. Keeping this in mind can ensure that you will get the most out of online therapy for lying, regardless of what your specific goals are. If you’re still wondering if therapy is right for you, and what amount therapy costs to start, please don't hesitate to contact us at contact@betterhelp.com. BetterHelp specializes in online therapy to address all types of mental health concerns. If you’re interested in individual therapy, reach out today to get started. To learn more about BetterHelp as a company, please find us on:
If you need a crisis hotline or want to learn more about therapy, please see below:
To learn more about mental health, please see:
Get help now:
Further Reading About Therapy
Previous Article
How To Be Seductive And Still Be Yourself
Next Article
How To Stop Snacking With These Simple Steps
For Additional Help & Support With Your Concerns
Speak with a Licensed Therapist
The information on this page is not intended to be a substitution for diagnosis, treatment, or informed professional advice. You should not take any action or avoid taking any action without consulting with a qualified mental health professional. For more information, please read our terms of use. 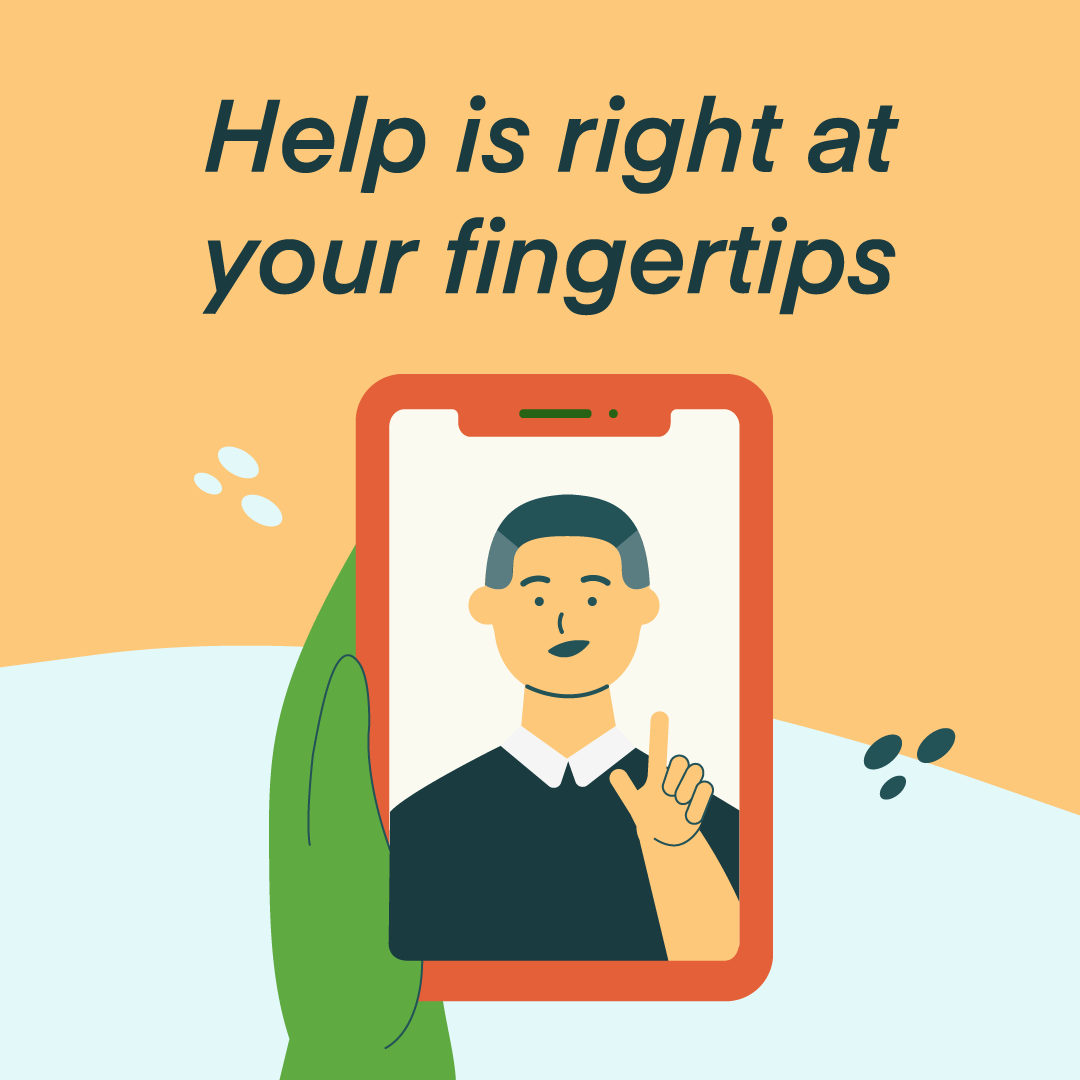