Advice Home > Loneliness > What Are The Best Songs About Loneliness?

What Are The Best Songs About Loneliness? 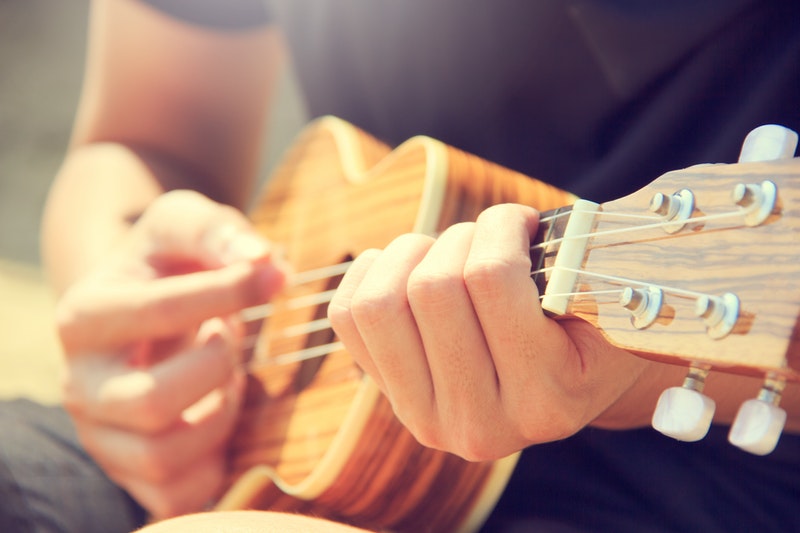 Being lonely sucks. Chances are if you're lonely, you've spent hours on Tumblr, gone to a partyonly to leave 15 minutes in because you're the "single pringle" in a room of couples. Maybe the radio has become your best friend. For manypeople who struggle to express themselves and want to communicate, music is a bridge. Songs can create and soothe our emotions in many ways, and when you're lonely, they're often a good way of not feeling"on your own." Sometimes it seems like the singer is reaching into your heart and saying exactly what you feel.

The classic about loneliness. A song about different people and their shared loneliness. One of the things that loneliness often creates is a feeling of isolation. Although everyone in the song is separate and alone, they're all going through lonelinesstogether. The song illustrates that all these visible people, like the priest, may not seem alone but are lonely. It's a hint that maybe you should reach out and ask people how they're doing even if you're not that close with them.

In situations where people are happy (like the wedding mentioned in the song), it can be difficult to see beyond those moments—people come together, but after they've left, life goes on.In the case of Eleanor Rigby, all she has left is the rice on the floor ofthe wedding venue. It's a powerful image because we all know how busy and happy weddings are, yet the empty church following them is an antithesis.

Yes - Owner Of A Lonely Heart

In true 80's style, this is far from the sad cry-inducing ballad aboutloneliness. Instead, the song is about someone who is alone, but instead of feeling upset,they feelstrong. Itis about taking a second chance on love even when you've been hurt before. Many lonely people are scared to reach out and create relationships. They've been hurt before, so instead choose to remain alone rather than risk being hurt again.

This is a powerful song for people who feellonely because it shows that there is strength in isolation.Having the ability to self-isolate means they're stronger than any hurt, which, in turn, means they should give love another try. 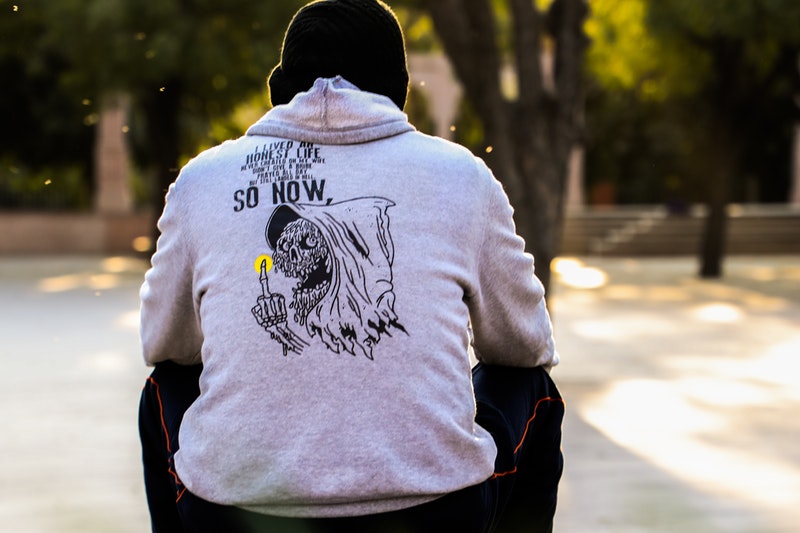 Eric Paslay - She Doesn't Love You

Many lonely people are eager to fill that empty feeling with the company of another person. Often this means they settle for someone that might not be a healthy fit. The person they're with may not be right for them, but the craving for human interaction can outweigh this fact. Loneliness often has nothing to do with being alone, else emphasized in the song. Often people feel as if they’ve found "the one," andwhen itdoesn't work out, every relationship after will always be compared yet never measure up. The songtalks about forgiveness towarda person who is trying to move on but is haunted by the shadows of the relationship’sfailure and is fighting feelings ofloneliness with a newrelationship.

The flipside of Eric Paslay's song comes from the viewpoint of the person on the other side of the relationship, the partner who is trying to make it work with a lonely person. The dynamic is often hardest on the partner because they cannot help or "fix" the other person’sfeelings of loneliness. This song shows that often someone right in front of uscan help address our lonely feelingsif weonly look their way.

Many times, we don't realize how lonely we are or that we may bethe lonely characterin the song.

Blaine Larsen - How Do You Get That Lonely

Suicide is a concern among people who are lonely, especially when their loneliness is connected with traumatic events. Many people who have suicidal thoughtsisolate themselves and avoid reaching out to others. Depression can lead to isolation because people may believe they're better not interacting with others or that they are a burden to those around them.

This song is very emotional because it talks about a stranger watching someone living with depression and wondering how desperation symptoms can become so severe that they lead to suicide. According to the Centers for Disease Control and Prevention (CDC), suicide is the 10th leading cause of death in the U.S., yet it is preventable. If you or a loved one are experiencing suicidal thoughts, reach out for help immediately. The National Suicide Prevention Lifeline can be reached at 1-800-273-8255 and is available 24/7.

There's a difference between feeling sad and being depressed, and then also having thoughts of suicide. If you are experiencing depression, sites like BetterHelp have directories of therapists so you can choose someone who can help address your symptoms. 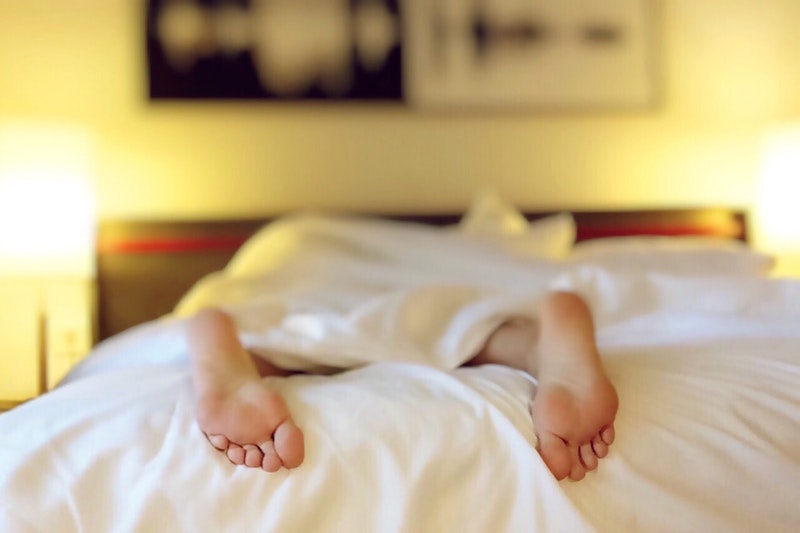 Backstreet Boys - Show Me The Meaning Of Being Lonely

A ‘90s classic, this song illustrates how it feels for people who have lost someone they loved and how it physically tears something from their heart aslife goes on around them. When a person dies, the grieving process can often stretch for years, and in some cases, a person may never get over the loss of a loved one. Grief counseling can help patients work through their feelings of loss and help them learn how to live in a world where "something is missing" duetoloss.

In the music video for this song, the girl in question dies by suicide. Death can leave loved ones feeling lonely themselves.

Many lonely people have trouble sleeping and often find their minds wandering. It's a poignant image that is easily relatable – the lone stranger wandering the streets in the dark. The lyrics include an interesting part that many songs about loneliness miss – it's all in the mind.

Most people who are lonely try to reach out for support but feel as if they fail to connect even when attempting to be social. People who areanti-social and struggle to be social may benefit fromtherapy. If you are struggling with reaching out and feel that your loneliness is getting worse, it’s important that you get help.

Being anti-social is not a precursor to being lonely. However, less interaction with others can damage our ability to connect. 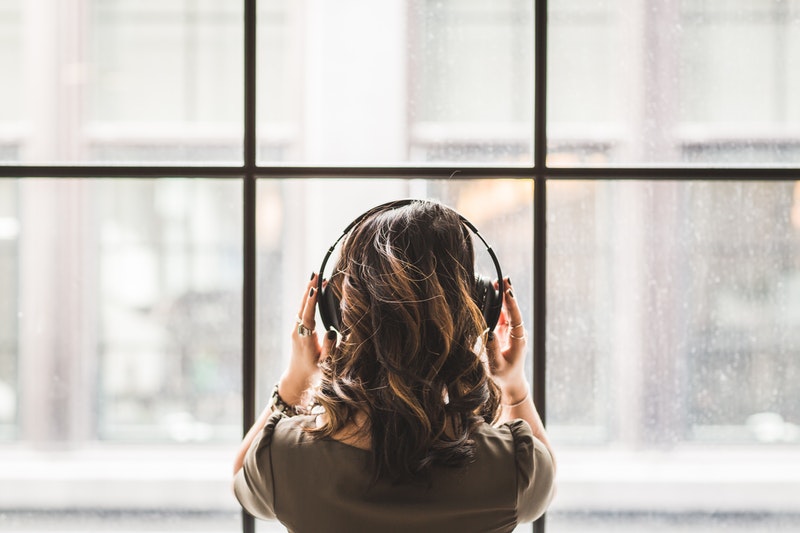 This is another song about reaching out. While the girl in the song isn't lonely to the depths that many people are, her experiences – sitting in the club alone, walking aimlessly, etc., – are thingsmany lonely people can empathize with. The singer wants this girlto reach out for help because he wants to be there for her. In the song, he's trying to help end her feelings of loneliness. Many people do not have a supportive friend or loved one willing to help them through tough times and lonely periods. In these cases, talking to a trusted counselor can help.

Unfortunately, part of the song also illustrates that lonely people sometimes reach out to the wrong people who end upleaving them feeling even more lonely – "You don't have to wake up and miss me." The singer is saying he won't be there for this personin the morning, and they’llwake up on theirown to feel lonely once more.

This is a fear of many lonely people; they choose to remain alone rather than reaching out because they don't believe aperson will be there for them in the future. Meaningless connections can sometimes be worse than no connections at all because of the disappointment they often bring and the fact that they may reinforce false ideas that someone is not worth developing a relationship with.

Loneliness, grief, depression, breakups, and being anti-social are just a few of the reasons a person may be lonely. If someone you know is lonely, consider reaching out to them.Most likely,they will appreciate your gesture.If you are feeling lonely or depressed, consider speaking with a counselor.

The idea of seeing a stranger and sharing personal information can feel a bit intimidating. Online counseling is a great way to connect with a counselor or mental health provider, and studies show it can improve your mental health. One such study from Palo Alto Universityfound that video-based cognitive behavior therapy is effective in treating depression and anxiety. According to the research, approximately 73% of study participants saw an improvement of symptoms after six weeks, and the data suggests a “decelerated decrease in symptoms over time.”

WithBetterHelp,you can schedule live video and phone sessions and exchange messages with your counselor. Every BetterHelp therapist is licensed and experienced, with at least three years and 1,000 hours of hands-on experience.Below are some reviews of BetterHelp counselors from people experiencing similar issues.

“I look forward to my counseling sessions. I have felt kind of lonely and cut off from a lot of people for this past year for obvious reasons and speaking to someone who is so knowledgeable and empathetic really helps me to remember that everything is working out. I very much appreciate this service and how easily accessible it is.”

“Jamie has consistently helped me to work on myself. and I have never felt in any way judged by her. I feel I can be open and honest. which is very important as I have previously struggled with this (& as a result, counselling has failed). I feel Jamie understands me, my triggers. and my needs and her empathetic approach is greatly appreciated. I no longer feel alone in addressing my demons and am confident that with her support. I will get to where I need to be. I couldn’t ask for a better counsellor.”

What Do I Do When My Loneliness is Killing Me?

Poems: Poems About Loneliness
For Additional Help & Support With Your Concerns
Speak with a Licensed Therapist Today Is It Normal To Feel Lonely In Marriage? Why Do I Always Feel Sad And Lonely? “I’m So Lonely”: How To Build Meaningful Social Connections I'm Married and Lonely. What Do I Do? How To Fight The Loneliness Epidemic Loneliness Quotes For Support
The information on this page is not intended to be a substitution for diagnosis, treatment, or informed professional advice. You should not take any action or avoid taking any action without consulting with a qualified mental health professional. For more information, please read our terms of use.
Your session is about to expire!