Advice Home > Memory > What Is The Modal Model Of Memory?

What Is The Modal Model Of Memory? 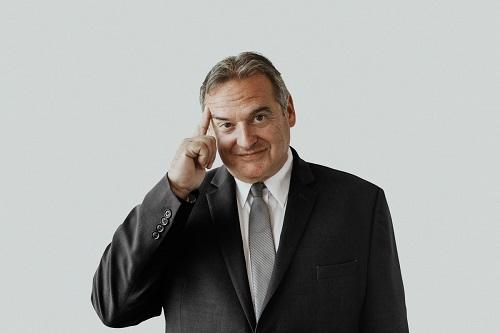 Have you ever stopped to think of how your memories are formed, where you store them and why you can remember some things but not others?

Scientists suggest that we have an unlimited capacity to store memories. However, although our senses are continually bombarded with a multiplicity of information - things we see, hear, feel, taste and smell, we only remember a small fraction of it all. The modal model of memory formulated in 1968 by psychology professors Richard Atkinson and Richard Shiffrin attempts to explain why. It looks at how our brains go about encoding, storing and retrieving information.

For millennia, thinkers have studied and tried to explain the process of human memory. Around 350 BCE, Greek philosopher and scientist Aristotle wrote On the Soul, one of his major works concerned with psychology and its connection to the physical body. 17th-century physicist and inventor Robert Hooke also put forward his theory on memory which, though lesser known, is often hailed for the completeness of the memory model it presents.

Out of the current models of memory, the modal model of memory, also known as the multi-store model or the Atkinson-Shiffrin model, is often referred to as one of the classics. That is because of its far-reaching influence on several of the other memory models which have been developed since then. These include:

The Atkinson-Shiffrin model, itself, has undergone some review, revision, and clarification since it was first proposed.

Stages Of The Modal Model Of Memory

Atkinson and Shiffrin suggest that we have three stores of memory. These are the:

They differ regarding how each encodes information, its capacity and how long information can be stored in it. 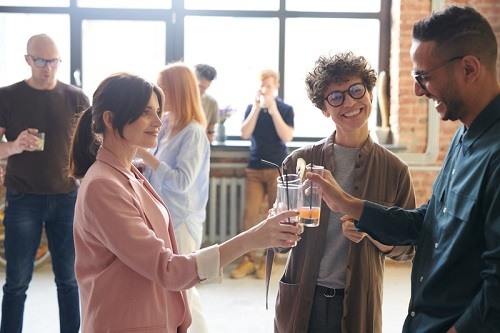 Imagine being in a crowded room with several groups of people carrying on their conversations. You attend only to the conversation you are a part of, and it seems like you hear nothing else. Your ears are still picking up all the sounds in the room, but because your attention is focused elsewhere, any memory of these sounds quickly fades away. If, however, a particular word or phrase happens to catch your attention then suddenly you are no longer filtering out sounds as you were before and now you are actually "hearing" the other conversation. Similar effects can happen for each of the other senses.

Due to limitations in researching some of the registers, the Atkinson-Shiffrin model focuses on just two:

One example of echoic memory is called the "What did you say?" phenomenon and it is one perhaps all of us have experienced. Right after someone says something to us we ask "What did you say?" thinking we have not heard what they said. Yet, before they can repeat whatever it is they said, we suddenly "realize" what it was and can respond. It is almost as if you hear their words after you have already asked the speaker to repeat. 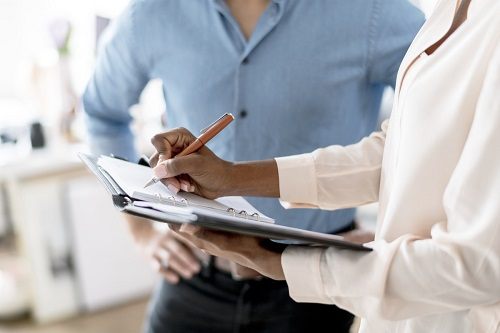 Rehearsal can take different forms depending on the type of information. According to the modal model of memory, however, much of the encoding which takes place in the short-term memory is auditory encoding. This is so because we can rehearse a piece of information in a different manner from which it was perceived.

For instance, after taking a quick glance at a phone number posted on the fridge in the kitchen, you continue to repeat the number to yourself while you head to the living room in search of your phone (visual perception but auditory encoding). Without any form of rehearsal, you likely will only be able to recall a couple of digits by the time you find the phone.

The capacity of the short-term memory (how many pieces of information it can hold) is still a matter of avid research among scientists. In the 1950s, before the Atkinson-Shiffrin model was presented, American psychologist George Miller, who is hailed as one of the founders of cognitive psychology, proposed his theory that, on average, the short-term memory can hold seven plus or minus two bits of information.

Connected to Miller's theory, is the idea that "chunking" can be used to improve the short-term memory. For instance, 8-2-6-4-9-7 represents 6 different bits of information whereas 82-64-97 are only three and are likely easier for an individual to commit to their short-term memory. 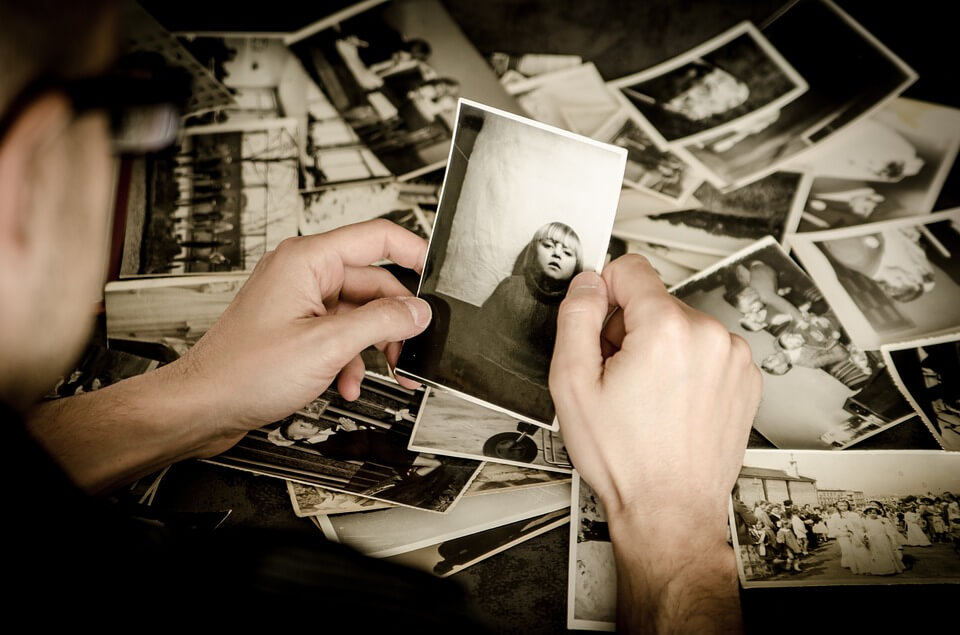 There are several ways to improve your long-term memory, including what is called the spacing effect. It involves taking breaks between learning new information, that is, spacing out your learning. During the break, however, you should refrain from engaging in other activities which will interfere with your brain processing, encoding and storing the information you have just learned. Thus, students studying for an exam may see better results regarding how much they recall if instead of studying for a 2-hour block, they break it up into smaller segments with quiet time in-between.

Strengths Of The Modal Model Of Memory

One of the greatest strengths of the modal model is its simplicity: 3 separate stores with information moving along from one store to the next. The model is both easy to explain and easy to understand. It, however, still retains some measure of thoroughness as it looks at how information is handled in each of the stores.

Its other strengths include:

Its distinction of short-term memory from long-term memory, as well as the relationship between them, is supported by the research of other scientists. This includes the modal model of memory being used to explain the serial position effect (or primacy and recency effect). For example, if presented with a list of words and asked to recall them shortly afterward, we are most likely to remember the first few words (primacy effect) and the last few words (recency effect) but not those in the middle. That is because the first words are committed to the long-term memory while the last words are still held in the short-term memory.

Among psychologist, the most well-known case of amnesia is perhaps that of Henry Molaison, referred to as Patient HM. For over 50 years, Molaison was the subject of numerous studies into how memories are formed and where they are stored. At age 27, he had undergone brain surgery for epilepsy in which a portion of his brain was removed. As a result of the procedure, Molaison was left with acute amnesia where his short-term memory was intact, but he was unable to form some types of new long-term memories.

Criticisms Of The Modal Model Of Memory 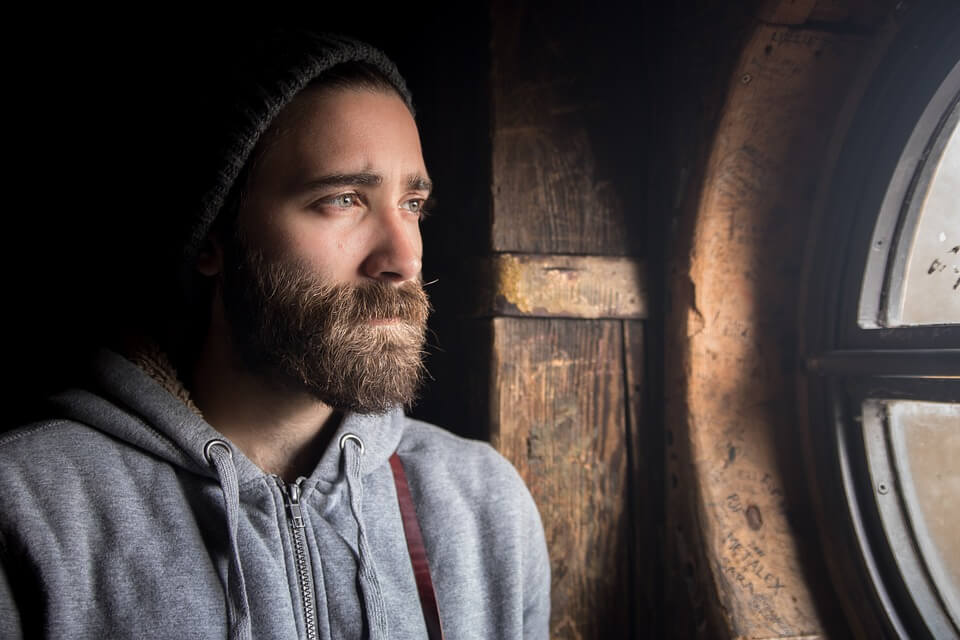 It is worth noting that many of the attempts to disprove parts of the model have, in reality, served as clarification or extensions of its theories instead of refuting the model altogether. Atkinson and Shiffrin, themselves, went on to revise the model by including the sensory registers as part of the short-term store.

The very simplicity of the modal model of memory has led to much of the criticism it has received. These criticisms include:

Later research has shown that the short-term memory operates in a much more complex manner than Atkinson and Shiffrin had described. For instance, Baddeley and Hitch (1974 and revised in 2000) suggest that the short-term memory has a controlling system they call the Central Executive. It regulates the functions of three subordinate systems called the Phonological Loop, Visuo-Spatial Sketchpad, and Episodic Buffer.

Subsequent work, such as that conducted by Endel Tulving, describe separate locations for the storage of different forms of long-term memory. These include the episodic store for memories of events and the semantic store for memories of all things which may be considered as general knowledge. There is also the procedural store for memories of how to perform certain skills. Evidence of the procedural store is found in the ability of amnesiac Henry Molaison (mentioned above) to learn and improve on his skill in drawing a star. Molaison, however, was unable to recall the instances in which he learned the skill. He was also unable to learn word meanings (semantics).

The modal model of memory emphasizes the function of rehearsal in transferring information from the short-term memory to the long-term memory. Later studies, such as the levels of processing theory of Craik and Lockhart, present the idea that rehearsal is not always necessary. They suggest that learner motivation and past experiences, as well as similarities between the learning and recall environment, can affect how deeply the information is processed and how it is transferred to the long-term memory.

Memories are an integral part of who you are: your name, how to brush your teeth, your experiences (both new and old), the information you have learned and are currently learning even as you were reading through this article. Usually, without giving it a second thought, you trust your memory to hold all the important information you will need later on. There are instances, however, when your memory can fail you and when problems, such as memory loss, can begin affecting your quality of life. 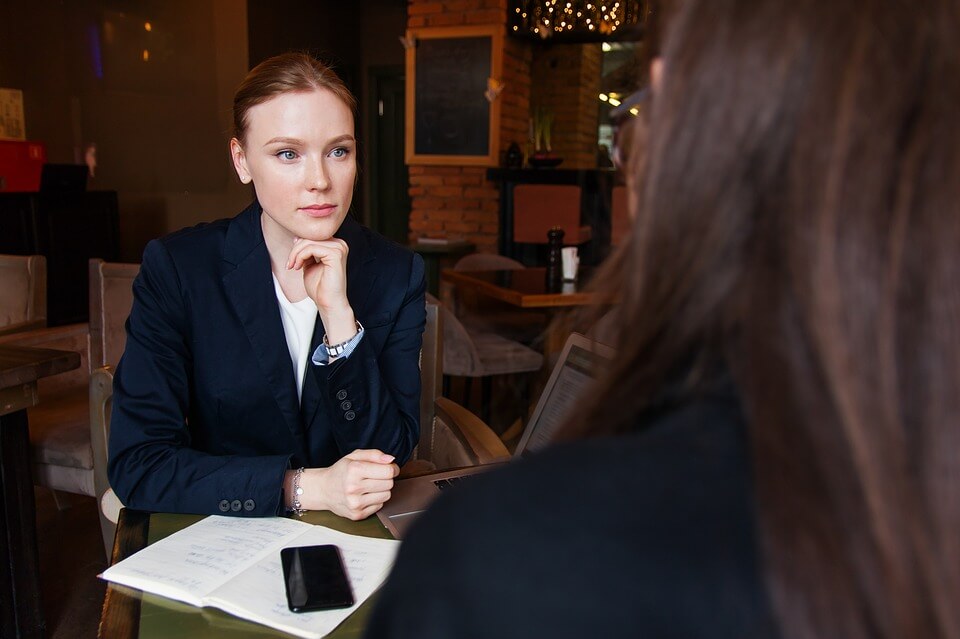 As the modal model of memory shows, there are different components to your memory, and any of these may or may not be responsible for the particular memory issue you are faced with. You can get a definitive assessment if you consult with a trained professional, such as a psychologist. They are knowledgeable about the factors which can affect memory formation and recall; how aging affects memory processes; as well as the connection between learning and memory, and how to improve both.

What Is Mood Congruent Memory & What Can It Teach Us?
For Additional Help & Support With Your Concerns
Speak with a Licensed Counselor Today