Panic Attack: What To Do When It Happens 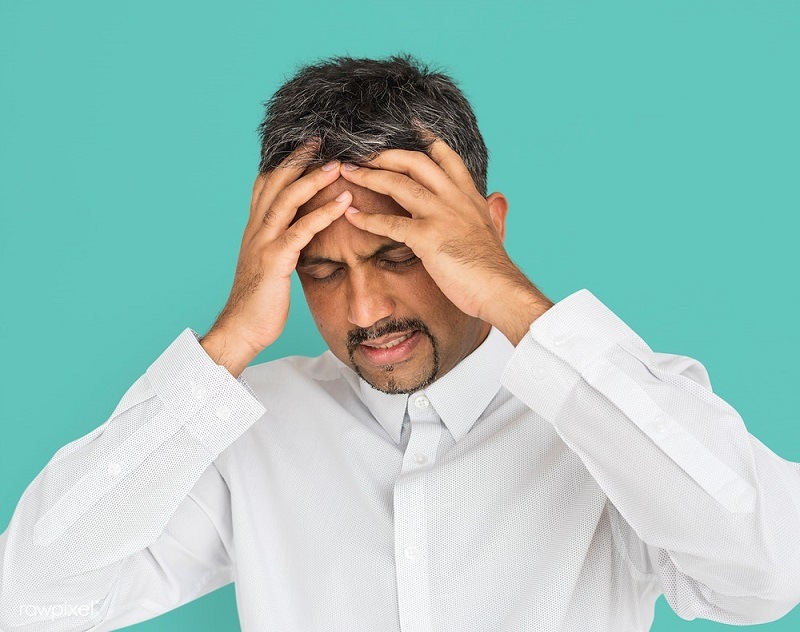 Panic attacks are scary. They can make you feel out of control, but rarely do they ever occur without warning. Panic attacks are most often symptoms of a panic disorder, but they can also be due to situational factors, such as in a form of post-traumatic stress disorder (PTSD). Recognizing triggers and employing panic reducing strategies are often effective in controlling panic attacks. It can take time to figure out what triggers these panic attacks, but once you're able to learn more about what causes the panic, the less often you'll have to experience them. The best way to control a panic attack is to stop it before it happens.

If you feel like are going to have a panic attack, as difficult as it is, you need to remain calm and remind yourself that it will pass. The more negative self-talk you have about what's happening, the more likely it is that your panic attack will be more intense and last longer. Treat yourself with kindness before, during and after a panic attack. Knowing how to control panic attacks doesn't come naturally for people. It is something that will hopefully get easier with time and practice. It's important to make your mental health a priority if you want to minimize the risk of panic attacks.

How Do I Know if I'm Having a Panic Attack?

While panic attacks manifest in different ways from person to person, there are some pretty common symptoms that are true for most people. Panic attacks usually involve some of these symptoms: rapid heartbeat, sweating, shaking, difficulty catching your breath/chest tightness, nausea, stomach aches, sense of danger around the corner, dizziness, headaches, and feeling like you're detached from reality. While all of these symptoms are extremely uncomfortable and unsettling, panic attacks are not life-threatening. If you've experienced some of these symptoms, it's possible that you've had a panic attack. It is more likely that you'll have another panic attack because you've become overly worried about having another one. You can get yourself so worked up that you end up triggering another episode.

A trigger is something that causes a reaction. Generally, triggers are associated with traumatic events from childhood or adolescent years, but they can happen at any time. These events can also be associated with domestic violence, verbal or emotional abuse, or work-related stressors. A trigger can be something as small as smelling something that reminds you of a difficult time in your life. Typically, people are able to identify those individuals and/or situations that cause stress. However, sometimes people report that they seemingly have panic attacks out of nowhere. If you are unable to identify triggers, after a panic attack, it helps to retrace your steps to think about what you were doing, who you were talking to, and what you were thinking about leading up to the attack. Trying to recall these things during the panic attack likely won't yield positive results as you're unlikely to be able to form coherent thoughts and will just be focused on trying to get through the panic attack.

A panic attack is an essentially an extreme reaction to high levels of stress and anxiety. Attacks may seem to come out of nowhere, but in reality, the sufferer has built up a tolerance to stressors. We can go into auto-pilot mode where we do not even realize the stressors that are causing these attacks. When there is a tolerance, the individual is merely postponing the inevitable, but also creating a boiling point situation. While it's not always intentional, sometimes the buildup of tolerance to stressors is a coping mechanism that many develop in an effort to sustain a relationship, job, or even to avoid dealing with the object of stress.

Triggers cannot always be avoided. We can know that seeing a certain person will upset us and while we can do our best to try and avoid that person, we cannot isolate ourselves completely. There is always a possibility that we will be triggered out of nowhere since we can't possibly plan for every scenario. However, planning time more efficiently can circumvent certain triggers like traffic. If deadlines bring on feelings of panic, employ a proactive stance so that projects can be completed early, thus reducing stress. It takes a bit more planning in the short term, but in the long term you'll reap the benefits by reducing symptoms that cause panic.

If someone has a boss that is overbearing or threatening, the need to sustain employment might cause the individual to learn to function in the face of even severe stress. The buildup of the stress can often manifest itself in mental or emotional distress, such as depression, anxiety or panic attacks. It helps to normalize the person that you are threatened by instead of looking at them as someone who is above you. You should also consider talking to the person about their behavior is impacting you; some people might not even realize that the way they're behaving is causing you so much stress. You want to give the other person the chance to correct their behavior by letting them know in a diplomatic way that you want to work on having a better relationship with them.

Individuals who have been abused by a family member, a romantic partner or a victim of crime may develop symptoms of PTSD. Events or individuals that are reminiscent of the traumatic event can bring on a panic attack. If you have not made steps to remove from a situation that is triggering panic attacks, you should seriously consider it. You cannot move past an issue if the very source of the panic attacks is someone that you're actively keeping in your life. If you are being abused, reach out to a family member or friend who can help you stay safe.

When stressors and triggers go unacknowledged and unmanaged, then panic attacks seem sudden. If at all possible, separate from the source of anxiety. Move to an open area, preferably where fresh air is available. If a change of location is impossible, close your eyes and use visualization techniques to mentally take yourself to your happy place. Take some deep breaths and acknowledge that you are having a panic attack. It helps to recite a mantra such as "I'm safe and this will pass." As you continue to breathe, you are allowing your body to relax which will eventually end the panic attack. As mentioned before, don't be afraid of the panic attack. When you eliminate the fear, you're getting rid of the most common reason why panic attacks happen in the first place. 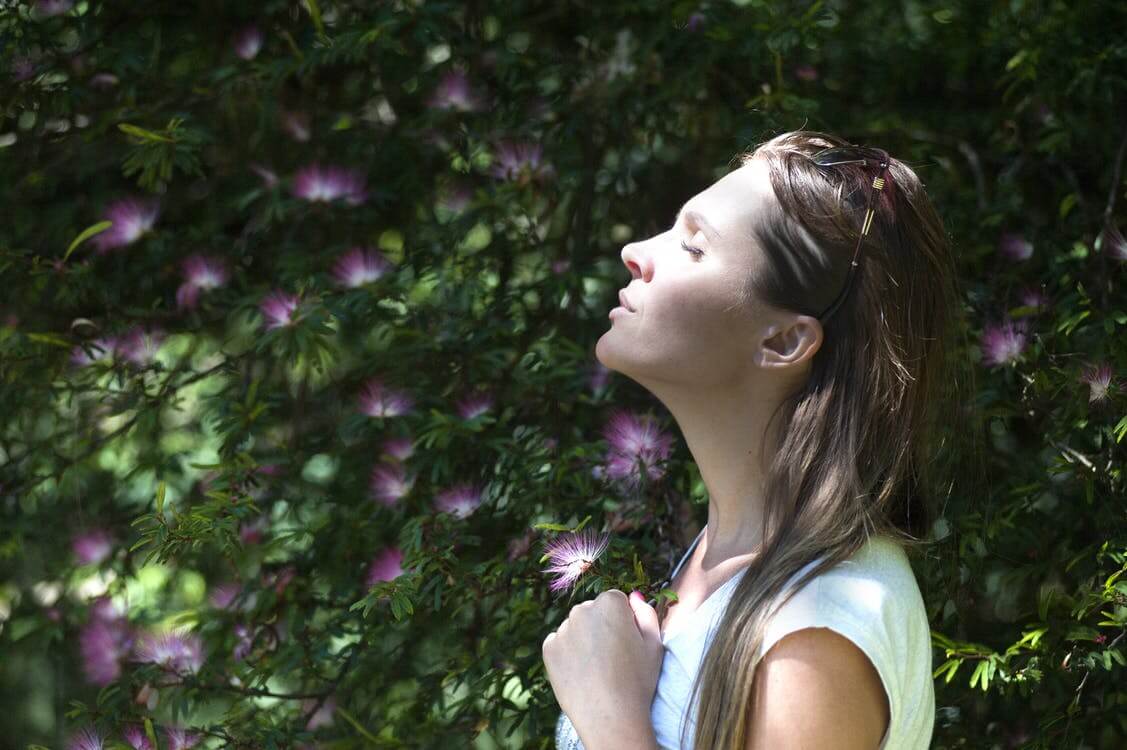 Managing daily stress through diet, exercise, and proper amounts of sleep can equip individuals to better handle stressful events as they occur. We don't want to wait until a panic attack had debilitated us to address our mental health. Learning deep breathing techniques, working on challenging your anxiety by differentiating between emotional and rational thoughts, and engaging in meditation techniques can be extremely helpful for people who suffer from panic attacks.

Know When to Ask for Help

If you are struggling with panic attacks that you haven't been able to manage with the strategies listed above or even if you've had a panic attack for the first time, it is a good idea to seek help from a professional. A licensed therapist will be able to gather a history of your symptoms and come up with an individualized plan for you to employ to address your anxiety and panic. BetterHelp.com will be able to connect you with a licensed, qualified therapist who specializes in helping people who suffer from panic attacks.

Previous Article
Identifying The Symptoms Of Panic Attack
Next Article
How To Calm Down From A Panic Attack
For Additional Help & Support With Your Concerns
Speak with a Licensed Therapist
The information on this page is not intended to be a substitution for diagnosis, treatment, or informed professional advice. You should not take any action or avoid taking any action without consulting with a qualified mental health professional. For more information, please read our terms of use.