Advice Home > Psychologists > What Is Flooding? Psychology Of Coping With Trauma, Anxiety, Phobias, And OCD

Flooding is a type of exposure therapy that is used in treating invasive and debilitating psychological impairments, though primarily phobias, via the use of intense and immediate exposure to negative stimuli. Whereas other types of exposure therapies may gradually build a patient up from smaller and less calamitous examples of stimuli in their treatment, flooding generally starts with the most difficult aspects from the very beginning. 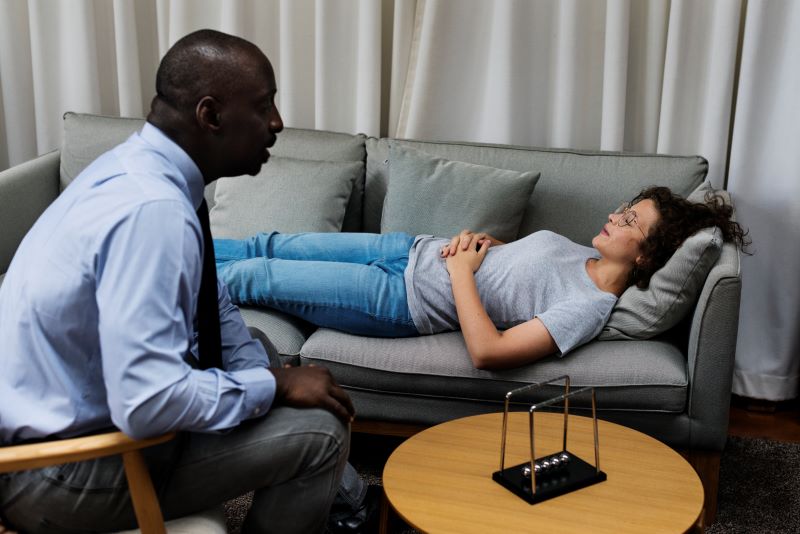 Have Questions About Flooding And How It Can Help You Cope?
We're Here To Answer Them - Ask A Licensed Mental Health Expert Now.

How Does Flooding Work?

Flooding works on the same principals as classical conditioning, which modifies an individual's responses to certain stimuli in either a positive or negative manner.

Examples Of Conditioning In Relation To Exposure Therapy

Many people have heard of the Pavlov dog experiment in which the dogs were trained to associate the sound of a metronome (the stimulus, in this case) with food and therefore were conditioned to salivate upon hearing that particular tone from then on. This is a relatively neutral example of how conditioning works.

An example of conditioning in a negative context would be a situation that many individuals have unfortunately experienced at some point in the course of their lives. This example of an incident resulting in negative conditioning would be if a person were eating a certain food before unknowingly getting food poisoning or having a stomach virus that had not yet shown symptoms, then having the effects of either option kick in right after consuming that particular food. This would cause some pretty horrible digestive symptoms that are not easily forgotten. With your body going into defense mode after such an unpleasant ordeal, it would strongly want to avoid experiencing it again. In an attempt to do this, it will likely make you be nauseated and repelled by the food that is associated with the resulting sickness. In this case, you were conditioned by the experience to avoid a specific food due to your mind "learning" (or being conditioned to believe) that it was associated with unpleasant sensations and results.

Positive conditioning is the desired result of flooding in therapy. In these cases, it's used to take a negative concept to an individual and re-condition them to view it in a positive or neutral light and respond accordingly. This is done to alleviate (or at least lessen) fears, triggers, and other behaviors in those seeking treatment. When receiving flooding as treatment, an individual will be exposed to what has triggered such strong negative responses in them and encouraged to practice various forms of relaxation methods throughout the process, thereby eventually calming themselves in the presence of their particularly undesirable trigger. This works to "re-wire," or positively condition, the mind to no longer react so intensely when presented with that trigger again in the future. The association of the situation is no longer one connected to fear or trauma, and the individual becomes desensitized to it to an extent, allowing them to function more normally in daily life. 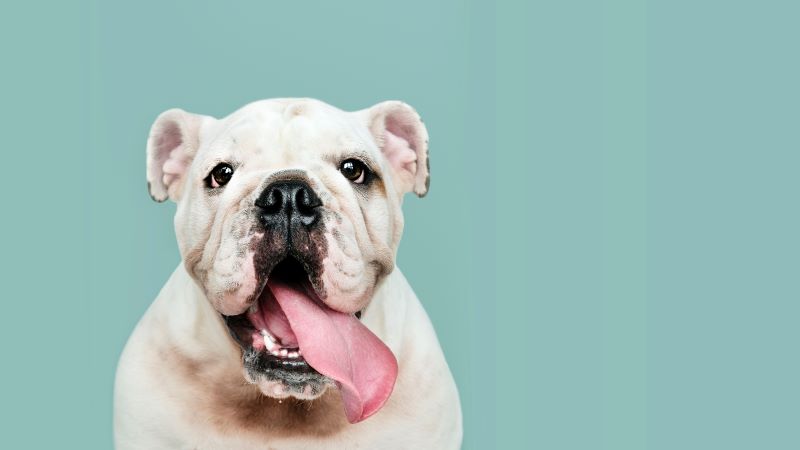 How Is Flooding Used In The Treatment Of Various Conditions?

This type of therapy can be done immersively, with the assistance of virtual reality, or through the use of actual images. With successful flooding treatment, the individual struggling with the conditions being treated will find themselves having decreased reactions to triggers, an increased sense of capability in handling their fears and anxieties on their own, reduced associations of a negative manner regarding situations or particular stimuli, and increased emotional processing in regards to fears and the world around them.

Flooding is not a treatment appropriate for all individuals and all situations, nor will all mental health professionals choose to use it in therapy depending upon the patient's level of anxiety and the severity of their condition.

Flooding As A Treatment Method

Flooding, as one of the many variations of exposure therapy, is sometimes appropriate in the treatment of numerous conditions involving anxiety, trauma, phobias, and obsessive-compulsive behaviors. While it may not be suitable for all individuals seeking treatment, it can greatly reduce the invasive and incapacitating responses for some in the presence of their triggering stimuli.

Flooding As A Treatment For Post-Traumatic Stress Disorder

In the treatment of Post-Traumatic Stress Disorder, exposure therapy may need to be approached with caution due to the severity of the experiences that induced the post-traumatic symptoms in the first place, but flooding is still a viable option in reducing those incapacitating responses to negative stimuli.

With the factors of a traumatic situation generally being far too dangerous or impossible to replicate as one would in standard exposure therapy procedures, mental health professionals will often use an alternative variation known as imaginal exposure to acquiring the same results. This method involves having the afflicted individual imagine the aspects of their trauma and replaying them in their minds, under the guidance of a licensed professional, while vividly describing them as much as possible. This allows them to be re-immersed into the trauma while in a safe environment and under the care of a psychologist that can provide support in keeping them calm and assisting in the re-conditioning process. Through this, they can gradually learn to react far less intensely to flashbacks, memories, and triggers related to the event.

Flooding As Treatment For Anxiety

Exposure therapy of a sort can sometimes be an appropriate treatment for those struggling with anxiety or anxiety-related disorders. If someone were to experience social anxiety, their mental health professional might encourage them to counter this aversion head-on by going into a public place or social event. While directly stimulated by the issue that bothers them the most, they will be instructed to practice relaxation techniques and exercises until they are capable of remaining calm in the undesired circumstances.

Though there is always the possibility of risk in any situation, the person with social anxiety will grow to realize they have nothing to fear in a crowded place, whether their concerns were attached to a fear of harm or fear of ridicule. They may still be a bit uncomfortable in public or crowded places, but it will likely only pertain to general overstimulation in those that just genuinely prefer smaller groups or solitary activities on their own. They will become desensitized to the sights and sounds and smells around them and realize that others in public are simply going about their business and likely not even noticing the patient in question, let alone talking behind their back or intending to cause harm to them. 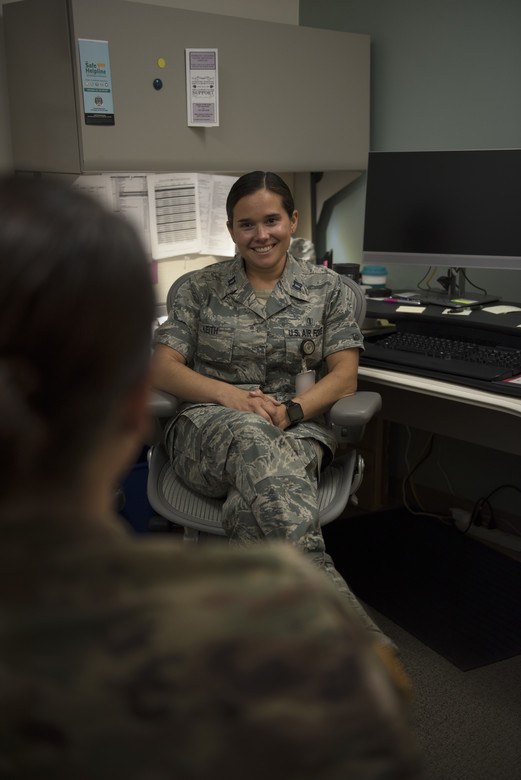 Have Questions About Flooding And How It Can Help You Cope?
We're Here To Answer Them - Ask A Licensed Mental Health Expert Now.

Anxiety-based treatment via in vivo therapy can also be beneficial for those with a fear of speaking in front of others, those dealing with self-image issues, or even people overly affected by something like being stuck in traffic. All of these are issues that can have resulting anxieties reduced by exposure and conditioning themselves to remain calm and collected when faced with the situations that trigger these high levels of anxiety for them.

Flooding For The Treatment Of Phobias

Phobias are the most recognized condition treated with flooding or exposure therapy. There have even been television shows dedicated to showing the process in the action of reducing reactions in the presence of fear-inducing stimuli.

A graded approach to treating phobias is often taken, building up from smaller triggers to the ones of most significance. However, flooding starts at the opposite side of the spectrum. If someone reaches out to a mental health professional due to an extreme fear of dogs to the point that they are unable to go on a walk out of fear of coming across one, they may likely be instructed to expose themselves to dogs in a safe environment. This could be petting or holding a dog (and one possibly belonging to a friend or relative to ensure confirmation of good temperament) and "enduring" the interaction until their anxiety, and adrenaline calms down and pass, helping them to realize the lack of risk involved and additionally grow accustomed to the interaction. This exposure will help condition the individual to associate positive or neutral reactions in response to coming across dogs in less familiar settings, therefore allowing them to overcome their fears for the most part or entirely.

For other (non-animal) phobias, such as being in a moving vehicle or being afraid of the dark, they can easily and immediately be placed safely into these situations and required to remain in them until the appropriate calming techniques are applied, and the association with fear begins to wane as they realize no harm is coming to them in the process.

One of the key problems with flooding as a treatment for phobias is lack of submission to this form of treatment by the patient or a quick removal from the stimuli before the exposure therapy has had time to re-condition their responses to their specific fears.

Flooding As A Tool To Overcome OCD

The ritualistic behaviors displayed by someone with Obsessive-Compulsive Disorder are often due to underlying fears that a person may feel the repetitive and often specifically-numbered actions may resolve or prevent from happening.

Flooding in this context allows the individual in treatment to be fully immersed in a situation that would trigger their compulsive behaviors, yet their mental health professional will guide them in not engaging in any of them while experiencing distress. This can be anything from coming into contact with "contaminated" surfaces (whether truly contaminated or not) to addressing certain thoughts that provoke obsessive-compulsive behaviors.

In Obsessive-Compulsive Disorder, these disruptive and compulsive behaviors are often an avoidance tactic to circumvent experiencing certain fears. The individual has usually convinced themselves that the behaviors are somehow preventative actions (or effectively are- like excessive handwashing due to fear of germs- but have grown to the extent that is unreasonable and unhealthy) against the particular negative stimuli. By not allowing oneself to indulge in these ritualistic activities, yet still being exposed to whatever it may be that triggers them, this form of exposure therapy is helping the person to learn that their obsessive-compulsive actions have no significant impact on the outcome on the situation or concern at hand. This also allows them to realize that they can handle the amount of anxiety induced by a situation without always relying on their ritualistic behaviors. 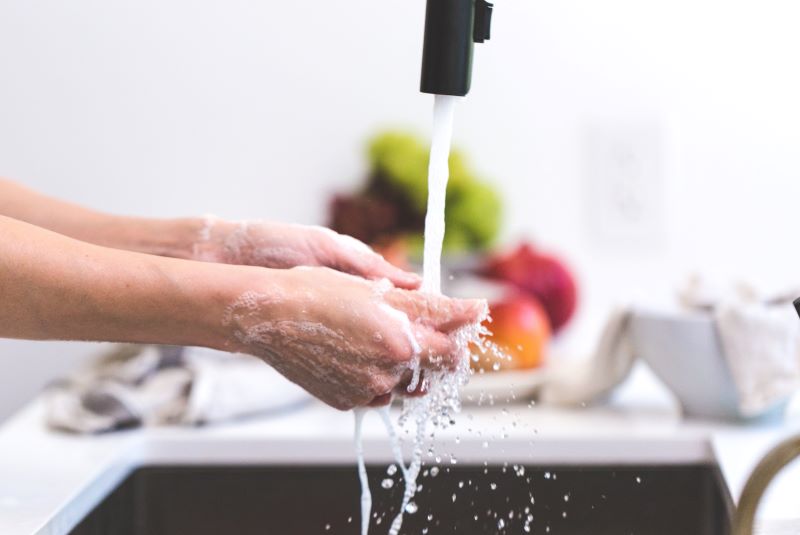 For more information regarding exposure therapy, other mental health concerns, or any of the conditions listed above, contact your local mental health care professionals or reach out to the readily available support and resources via BetterHelp's online therapy professionals.

Is Guilt Different From Shame? Psychology Makes The Distinction
For Additional Help & Support With Your Concerns
Speak with a Licensed Counselor Today