What Is Forensic Psychology? 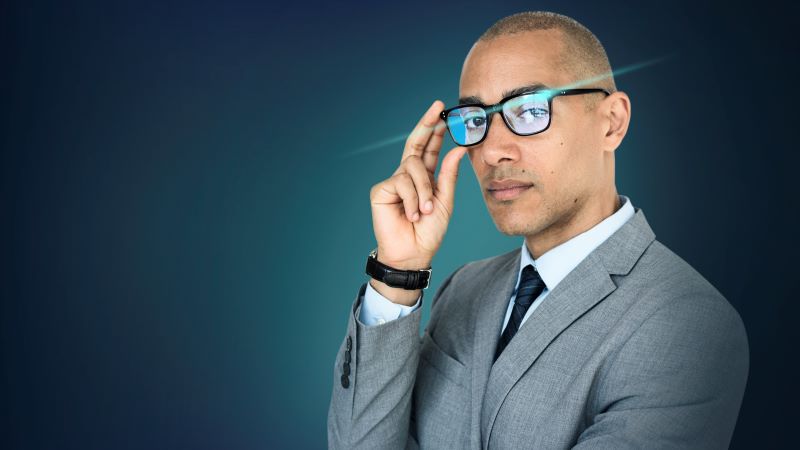 There Is More To Forensic Psychology Than Meets The Eye
Interested In Learning More? Sign Up Today!

Hollywood often glamorizes the role of a forensic psychologist. With popular crime shows hitting prime-time television almost nightly, a lot of false information gets spread about this area of psychological expertise. So what is forensic psychology? Where does it come from and why does it matter in today's world? The answers might surprise you enough to pursue it yourself!

What Is Forensic Psychology?

To understand what forensic psychology is, it is helpful to break down its name. According to the Merriam-Webster Dictionary, the term "forensic" refers to "relating to or dealing with the application of scientific knowledge to legal problems." The term "psychology" is defined as "the science of mind and behavior."

Jane Tyler Ward, Ph.Dhas the most basic forensic psychology definition, describing it as the"psychological assessment of individuals who are involved, in one way or another, with the legal system."

Popular television shows typically portray a forensic psychologist as a complex, brooding genius. Someone whose mind is so advanced that they alone understand the thought processes and motivations of an unidentified serial killer. Someone, who, like the famous Sherlock Holmes, can pick up on the slightest of details to crack a difficult case.

While this image does a lot for story-telling, in reality, the career of a forensic psychologist is much broader and more administrative. Most forensic psychologists are not chasing criminals with secret-agent flair. They are sitting in treatment offices, conducting research, working at desks, or helping others in their community.

They spend much of their time treating patients, assessing a person's ability to stand trial, working with victims of crimes, and writing reports. They collaborate with members of the judicial system to reduce crime rates; help offenders re-enter society and advocate for children in the case of divorce or abuse. They also work with companies to identify or prevent fraud and come up with safety plans for schools. You will see them work with children and adults, criminals and the innocent, as well as individuals and groups.

On occasion, an expert forensic psychologist will consult on a high-profile crime. For example, during the trial for the murder of Arizona resident Travis Alexander, his accused killer, ex-girlfriend Jodi Arias, underwent an extensive evaluation to determine whether she was mentally fit to stand trial. Likewise, you can find forensic psychologists like J. Reid Meloystepin during times of serious tragedies, (like the Las Vegas shooting) to offer insight into the minds of those who commit heinous acts.

While forensic psychologists publish countless books, interviews, and documentaries (check out John Douglas and Mark Olshaker's "Obsession."), the knowledge they have stretches far beyond the most violent or even intriguing crimes of our century. A forensic psychologist is mostly active during every day legal situations. But, there are a few exceptions to this rule. 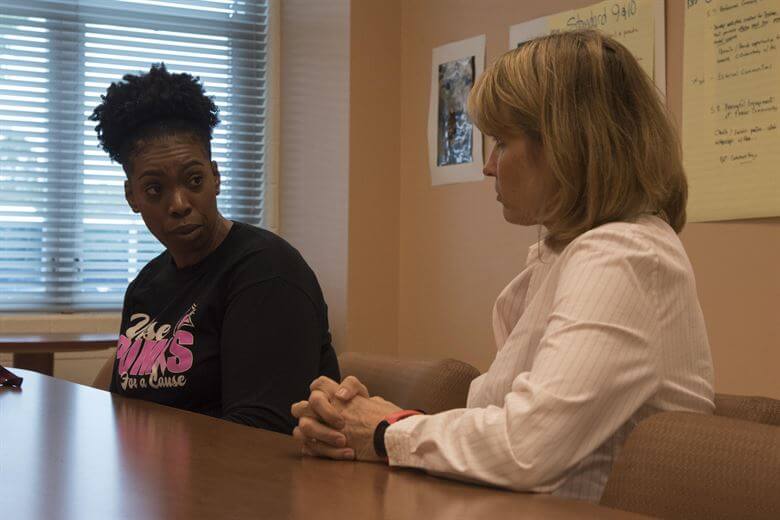 They work closely with offenders, study their behaviors, evaluate crime scenes, and give us insight into motives. The duties of a forensic psychologist and criminal psychologist do overlap in some ways, but someone who identifies strictly as a "criminal psychologist" is more likely to be employed with the police or FBI than with other agencies.

What Makes a Forensic Psychologist Different?

Forensic psychologists are first and foremost psychologists. They have the proper credentials to treat and work with patients. Clinical forensic psychology, the practice of treating patients directly, takes place in many facilities, but often the motivation for working with one is different than that of using a general practice psychologist.

When a forensic psychologist is needed, it is because the person they are working with requires legal assistance, representation, or needs to ensure they comply with certain legal parameters. There is a direct relationship with a court or a specific law or regulation. While they may help their patients work through mental illness or behavioral concerns like anger, anxiety, or depression, the primary reason for doing so stems from a specific legal need.

Where Does Forensic Psychology Come From?

There Is More To Forensic Psychology Than Meets The Eye
Interested In Learning More? Sign Up Today!

Although it is a commonplace today, and it is a thriving career choice, the history of forensic psychology had a slow beginning. While crime has existed presumably all throughout human history, an appreciation for the relationship between the law and the mind did not come about until the 1900's.

At the beginning of the 20th century, Hugo Munsterberg was the director of Harvard's Psychological Laboratory. In 1908 he wrote, "On the Witness Stand," a book which explored topics like eyewitness testimony and crime prevention. While his ideas were controversial, even his opponents could not ignore the potential value ofintroducing psychology into the courtroom.But it took several practical cases to support that need.

One of those casestook that same year. Louis Brandeis, a lawyer from Boston, worked on the case of Mueller v. Oregon. He presented empirical research which showed that long working hours impacted the health of women. This was the first time in history that social science was used as part of a brief. This opened the door for legal acceptance of social and psychological research, but it would still be a long while until it became a common practice.

From the early 1900's to roughly the late 1960's a formal path for forensic psychology was still evolving. While some cases such as Jenkins v. the United States did promote the use of psychology in the courtroom, many experts were hesitant to replace medical doctors with those who had degrees in psychology instead.

In 1968, psychologists Jay Ziskin and Eric Dreikurs formed the first forensic psychology professional association. Their efforts led to the formation of the American-Psychology Law Society (APLS) which today, has over 3,000 members. Thus, the relationship between the mind and the law as we know it gained credibility and acceptance.

Today, forensic psychology spans all over the legal spectrum. Current research explores hot topics like false allegations, threat management, and the rights of terrorists. Some professionals expand their knowledge to other fields, like forensic neuropsychology, to offer a medical and psychological perspective to their clients. They work hard to protect victims in any situations including class action lawsuits and military court-marshal cases. And last but not least, the rising interest in the career field has paved the way for some individuals to become university professors.

How Can I Become A Forensic Psychologist? 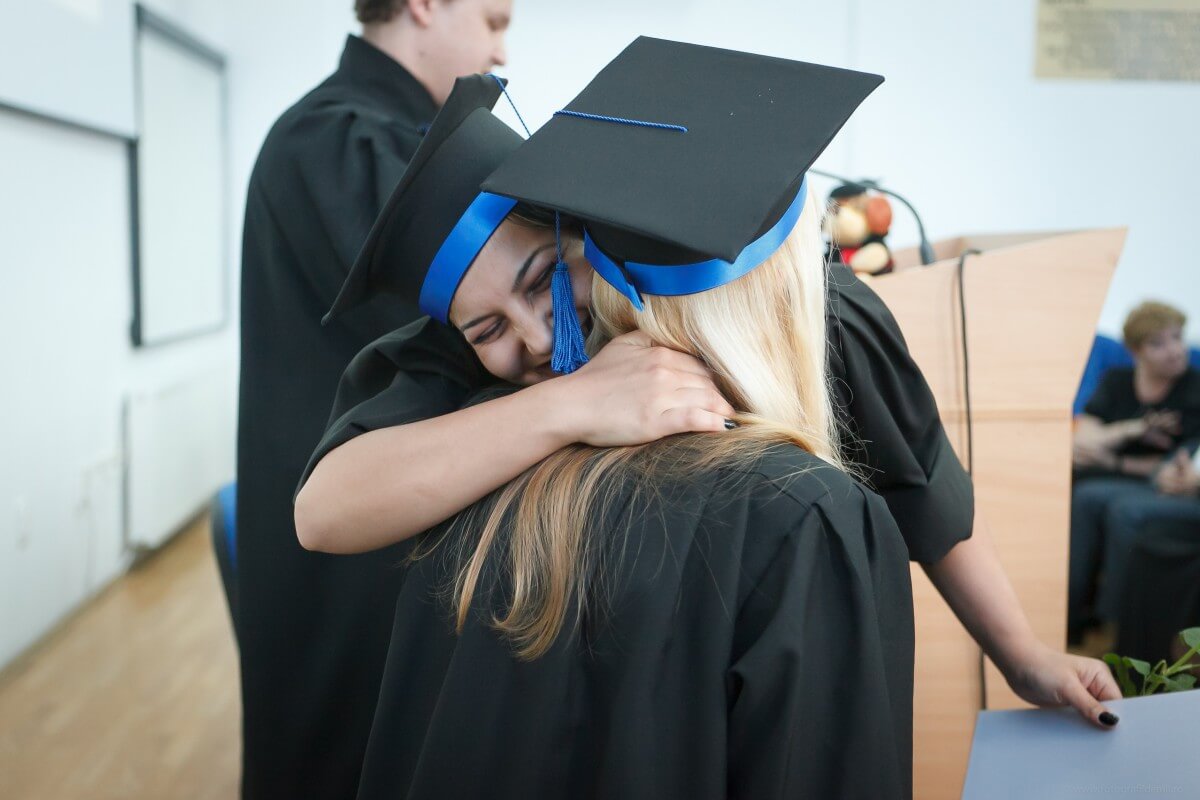 Forensic psychology requires an advanced degree. Most professionals recommend that students who are interested in pursuing this career path, start with getting a Bachelor of Science degree (instead of a Bachelor of Arts), to ensure meeting the prerequisites for further education. Many students pursue their degree in Psychology with a minor or dual major in Criminology or Law, but it is best advised to tailor one's academic path to what best fits their future career goals.

Upon earning aBachelor's degree, alumnithen pursue a Master's degree. Instead of learning the basics about psychology, law, health, and science they will go on to study theoretical and research-based practices. Their classes may include topics like "Personality Assessment," "Crisis counseling," or "Ethics and Practice of Psychology." Once getting aMaster's degree, it is often advised to pursue a degree in Law, unless classes have already been taken as part of the concentration, or otherwise, go on to earn adoctorate if interested in treating patients or conducting research.

While many academic qualifications get someone ready for a career in forensic psychology, it is important to make sure their personality and skills are a good fit too. The most basic skills needed for this role are strong communication, attention to detail, and critical thinking. Likewise, a good forensic psychologist must also be able to remain objective in difficult situations. Moral or ethical views cannot sway their opinion about a patient or legal process.

The role also calls for strong resilience. A forensic psychologist may deal with difficult topics like child abuse, domestic violence, substance abuse, and death, on a regular basis. These topics are not for the faint of heart, but justice will not come to victims without them.

As you can see, there is much more to forensic psychology than meets the eye and these professionals are found anywhere legal processes are followed. While the FBI does have its fair share, and a select few do have roles similar to what you would see on TV, you are just as likely to find a forensic psychologist in a hospital, school, business, or outpatient treatment center. Becoming a forensic psychologist is a long and difficult process, but it is incredibly rewarding to help and protect others and make a difference in the lives of those who need it most.

What Is Somatic Psychology?
For Additional Help & Support With Your Concerns
Speak with a Licensed Counselor Today