What Is Romantic Attraction How To Recognize And Better Understand It

Romance is something that has been so prevalent in our society, and yet many still don't understand it. The media portrays it one way, with two lovey-dovey couples whose relationships survive all odds, while in real life, it's a little more complicated than that.

Whether you're a teen or even an adult, it's hard to figure out if your feelings for someone are truly romantic, if you just have a meaningless crush on someone, or if you're just sexually attracted to them. Contrary to popular belief, there is a difference between sexual and romantic attraction, and knowing them can help you navigate your thoughts and feelings better. 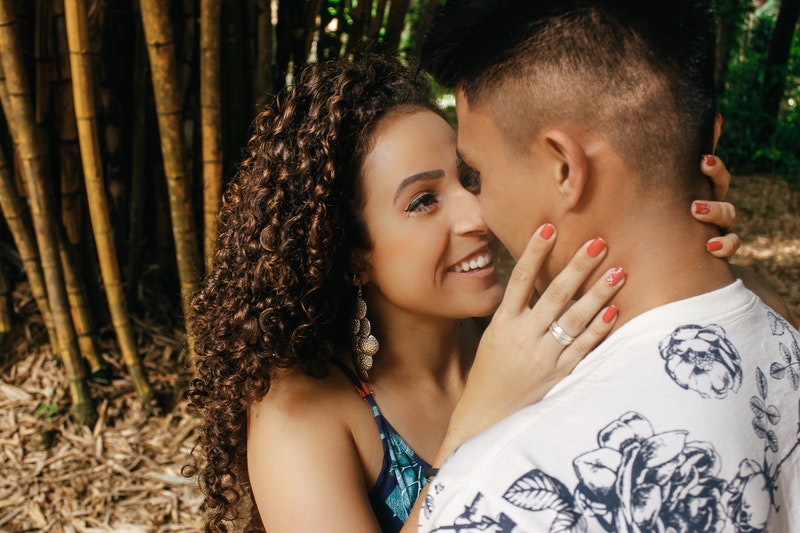 I Don't Know If I'm Romantically Attracted Them
Feelings Can Be Confusing - Chat With A Licensed Relationship Expert Today.

While we can't get in your head to know for sure if you're experiencing romantic attraction, we hope to educate you so you can make better decisions about your relationships by learning about the two main types of attraction that people can experience, starting with romantic attraction.

What Is Romantic Attraction?

Romance is a complex subject, and we could do an entire article on the definition alone. Generally speaking, romantic attraction is when you have a deep, emotional attraction to someone. Humans are known for having emotional bonds with people, but the romantic attraction is beyond that. You connect with the person. You're willing to stay with them for the rest of your life. If there is trouble in your relationship, you're going to try to fix it as much as you can.

This is not to be confused with sexual attraction. Many think they're romantically attracted to someone when in reality, they're just sexually attracted.

What Is Sexual Attraction?

As you probably guessed from the name, sexual attraction is when your attraction to someone is based on sexual desires, better known as lust. The two of you are attracted to each other's appearances and may have great sex with one another, but the romantic, emotional bond the two of you share just isn't there.

This isn't to say that you can't get along; you can be good friends with the people you have sex with. However, the emotional bond, the feeling of wanting to be with them for as long as possible, just doesn't exist.

Many people confuse romantic and sexualattraction with one another. Schools usually don't teach you about different types of relationships, leaving people to learn by themselves and still not fully understand the difference between a sexual and romantic connection. That attractive person you're in a relationship with may only be a sexual bond.

Is this a bad thing? Of course not. As long as it's between consenting adults and you practice safe sex, having casual encounters and sexual flings aren't bad and can make your experience with relationships grow. It just isn't good for relationship material. 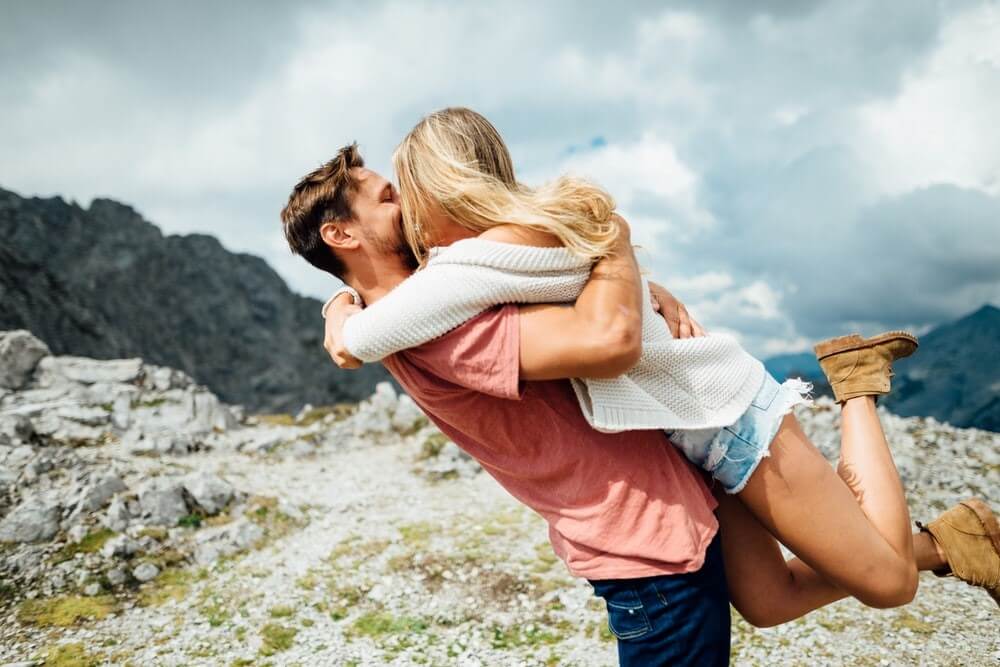 If you're getting together for someone just for the sex, the sex is going to fizzle out. You may enjoy the sex, but the two of you aren't going to be able to stay together because the two of you don't share that romantic bond.

You must be smart and know whether the attraction is sexually and/or romantically inclined. And yes, it definitely can be both. You can be with someone for a long time and still have an awesome sex life.

A Brief History Of Romance

Romance has evolved in the last few thousand years. The ancient Greeks created different concepts of romanticism. Eros was romantic love, while Storge was family love. Philia was brotherly love or friendship. Then there is agape, which is the feeling of spiritual love to the god you worship.

During medieval times, the idea of chivalry was born. Concepts such as the man buying the woman dinner or helping her out of the car come from this concept.

The idea of getting together with someone because you're romantically attracted to them is a relatively new idea in the lifespan of humankind. The idea of marrying based on love became mainstream in the 18th century. Marriage beforehand was based on mutual interest, from financial reasons to family reasons. There may have been a sexual and romantic attraction in the marriage, but it wasn't the focus of it.

As you can see, there isn't one straight depiction of romance. It's something that is always evolving and will continue to evolve. One thing stays the same, though, and that's the fact that you're sharing an emotional bond with the person that you don't share with anyone else. That will survive until the end of time. 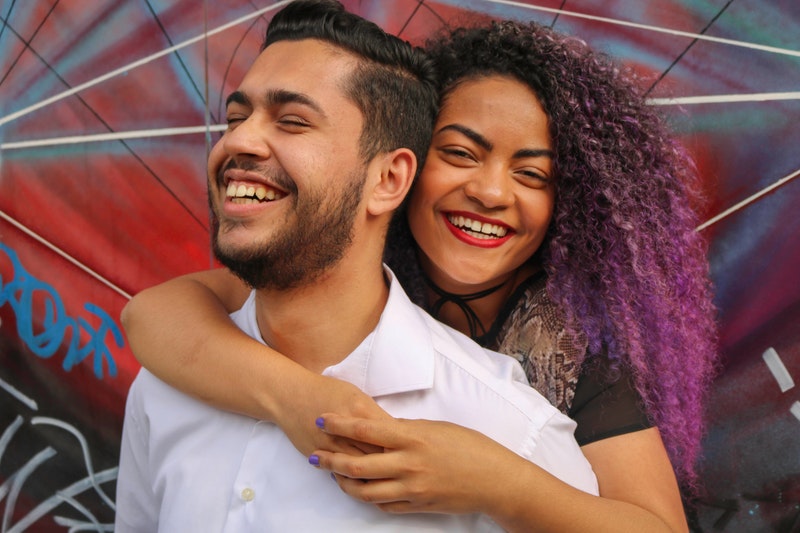 I Don't Know If I'm Romantically Attracted Them
Feelings Can Be Confusing - Chat With A Licensed Relationship Expert Today.

How To Spot Romantic Attraction

If you're together with someone, how can you tell if the person is romantically attracted to you? There is no straight answer, as everyone has different signs of romantic attraction towards persons that fit their preferences. Here are a few general signs of it, though:

Love In The Brain

Romance is something that many say is more than cerebral, but if you're scientifically minded, you may believe that romance comes straight from the chemicals in the brain. This doesn't devalue the power of romantic attraction but just explains it.

The brain is complex, and our understanding of how it works is still evolving, but when you fall in love, you'll experience a rush of chemicals that are associated with reward. You may experience an increase in cortisol, the stress hormone, during the beginning of your romance. This can explain why you're so worried about losing your romantic partner in the beginning.

There will be a rush of dopamine, another euphoric chemical, as well as oxytocin and vasopressin, which are involved in nursing and pregnancy. Oxytocin may be released during sex and make you and your partner feel closer to one another.

Ever heard the phrase, "love is blind?" This may be due to chemicals in your brain that lessen the parts of your brain responsible for more negative feelings, and this is why some people in love won't listen to people skeptical of the relationship.

If it's true love, the stress chemicals will lessen over time, but there will still be passion.

This is just a brief explanation of the brain function during a romantic attraction; it's even more complex than that. Emotions are complicated and even explaining them as chemicals in your brain doesn't do them justice.

Can A Person Not Experience Romantic Attraction?

Some people have been in dozens of relationships and yet have never experienced any romantic feelings for their partners. They may be good friends and care for the other person, but that feeling of romanticism just isn't there. Have they just not found the right person?

The truth is that it's possible not to experience romantic attraction to anyone. The term has only been recent, but aromanticism applies to someone who experiences little to no attraction and romantic feelings for someone.

They can still be sexually attracted to someone, and be good friends with the person, but the emotions that make them want to be with that person forever just aren't there.

If you feel this way, there's nothing wrong with that. The human brain is complex. Some may not experience the same chemicals that determine romantic attraction. The romanticized (pun not intended) depiction of love doesn't have to apply to anyone. You can still have a good sex life and good friends without being attracted. 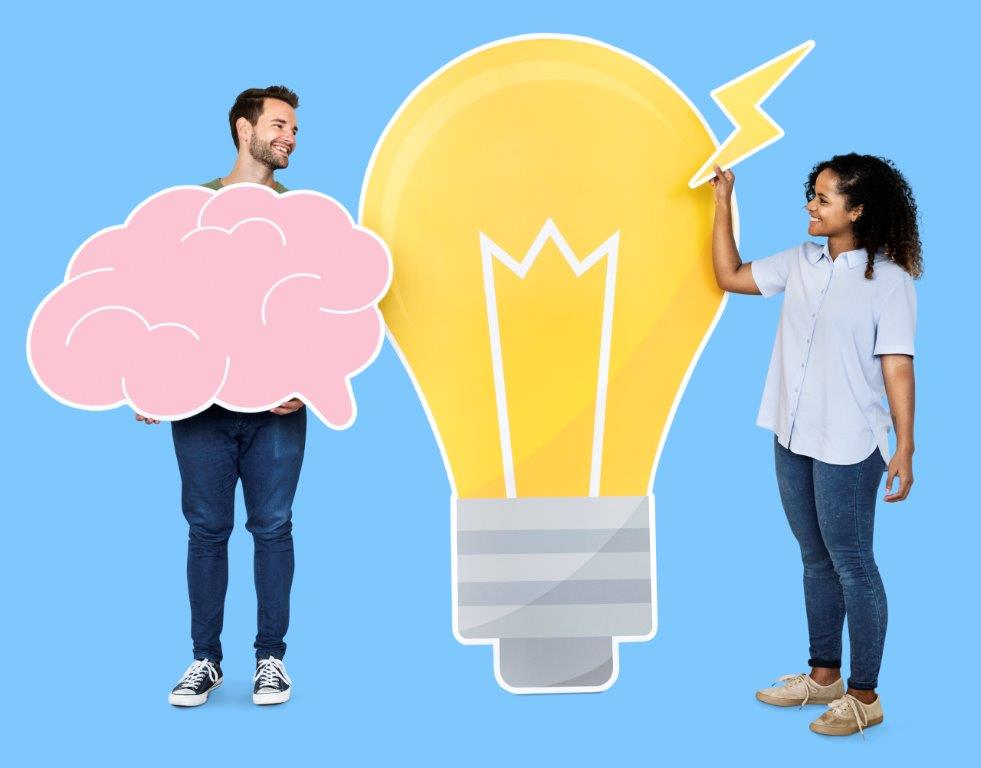 Unlike sexual attraction, which can occur simply by someone seeing someone that fits their preferences, and sexual chemistry, which can form as early as meeting someone for the first time, romantic attraction is more involved and can take some time to develop.

Romantic attraction occurs when someone finds an emotional connection with another person, and this can include appreciating their personality, valuing their opinions, and looking to them for support.

Feeling a romantic spark can be a very exciting experience. While forming a new emotional connection can present symptoms of anxiety, such as a racing heart, sweating, or blushing for some people, which can be uncomfortable, it’s not necessarily a negative thing since it means that you want to engage with the person and become emotionally invested in them.

What Are The Signs of Attraction?

Regardless of the type of attraction, the indicators can be very similar between sexual and romanticattraction, and some of the most common ones are:

Additionally, people who experience attraction to another individual might also “mirror” the body language of that person. Others may try to do things to deliberately get their attention, such as dressing differently.

Can You Be Romantically Attracted To Someone But Not Sexually?

Certainly, and it’s quite common. In sexual studies, the concept of not having sexual attraction towards someone or having a lack of interest in sexual contact is known as asexuality, which can be considered a type of sexual orientation, just like homosexuality and heterosexuality.

However, those who are asexual can also still be straight people, and while asexual people may not experience sexual attraction, they can still long for romantic relationships and finding companionship without sexual desire with the opposite sex, and this refers to romantic orientation.

Can You Fall In Love Without Physical Attraction?

While physical or aesthetic attraction can be the catalyst for getting someone's attention and potentially starting a relationship and maintaining one, it’s not essential for everyone and people can still fall in love with someone based on other qualities that they value and appreciate in that person.

Can A Relationship Work Without Physical Attraction?

Just like how people can fall in love without physical attraction, people can also maintain a functioning relationship without it too, and it’s contingent on having good communication.

For example, if there is a couple where just one member is asexual, it will need to be agreed upon that it will not become a sexual relationship in order for it to work. If this isn’t discussed beforehand, the other member can become upset if he or she didn’t know what the “rules” were.

On the other hand, some people’s relationships might be built entirely on physical attraction, and if the looks fade away from an individual, so can a person’s interest in them, unfortunately.

Why Do I Have No Romantic Feelings?

Not everyone is required to have romantic feelings, and some people prefer to keep relationships strictly casual and short-term.

However, there is also the possibility you haven’t come across someone who has truly piqued your interest. If this is the case, continue to explore yourself to find out if you just haven’t met the right person or if you simply aren’t interested in forming romantic bonds with others - and that’s okay too.

Romance is a complex subject, and we feel like we can't do it justice in a short article. But we hope we helped you to understand it better and figure out if what you're experiencing is a romantic attraction or not. Good luck with your relationship, or future relationship, and be sure to stay happy no matter the circumstances.

The Importance Of Having Supportive Friendships How To Feel Confident In Awkward Social Situations

10 Signs That You Might Be In A Negative Relationship

How To Move On From A Relationship And Start Healing

The Importance Of Communication In A Relationship