High school teens are intensely aware of negative stereotypes. These include stereotypes about gender, sexuality, ethnicity, religion, and even extracurricular activities. Most students feel the need to find a place where they belong, and almost every student ends up in at least one group or another. Most of these groups will be associated with stereotypes, from cheerleaders being considered “dumb” to smart kids (like those on a chess team) being seen as “uptight” or “not fun.” And nonconformists who are not part of a group may be seen as “outcasts” or not caring about school. These and other high school stereotypes are harmful. 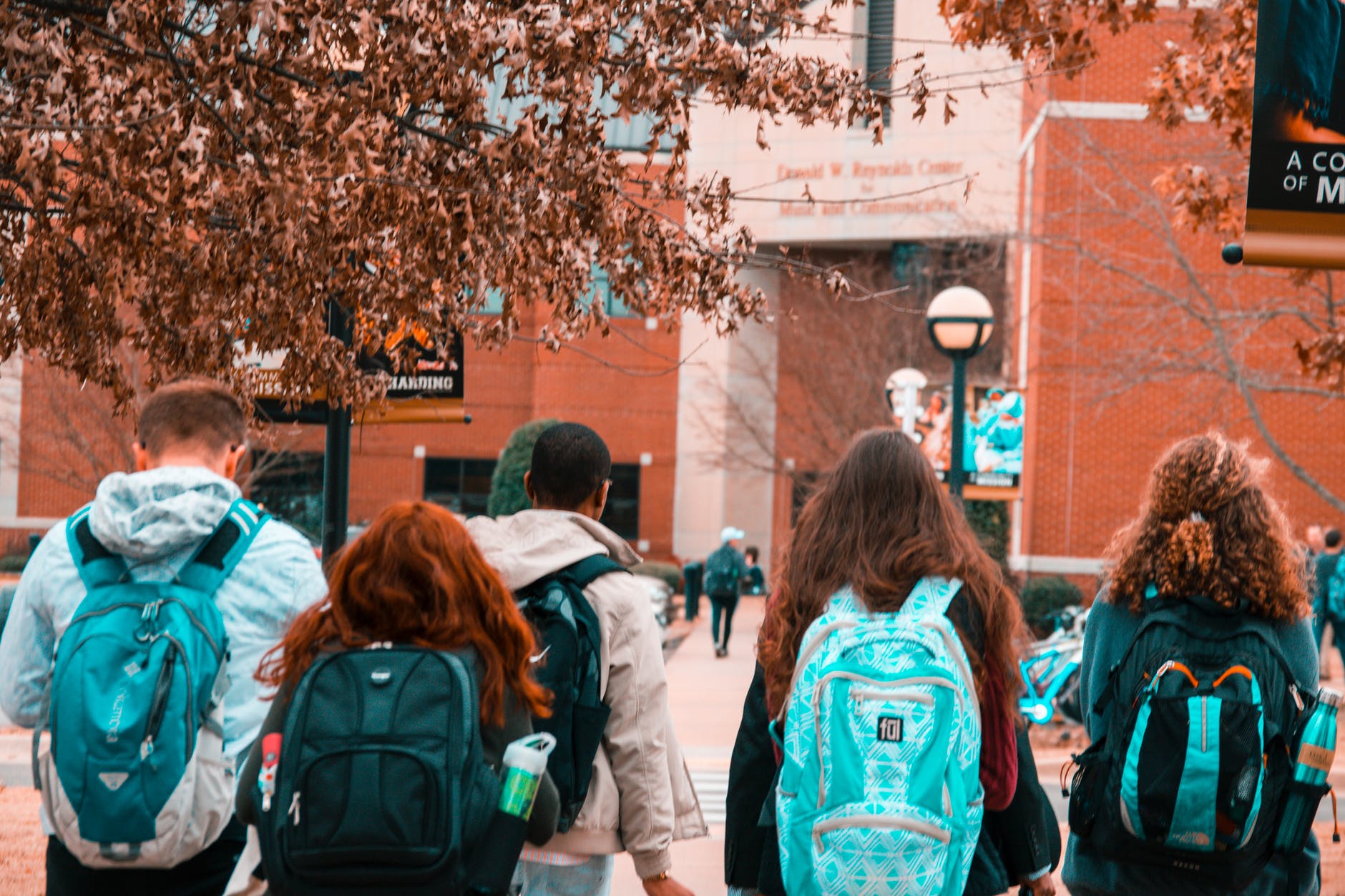 What Are High School Stereotypes?

High school stereotypes are “boxes” into which teenagers may be placed by peers. Because teens spend their high school years learning about themselves, they may end up believing some of the stereotypes that are thrust upon them during this important developmental phase.

Students are not the only ones to blame for stereotypes. Teachers, administrators, and even parents may play a role in reinforcing them as well. Furthermore, social media's impact on social norms has increased the negative impact of stereotyping in American high schools today.

Consider television shows and movies about teens. In The Breakfast Club, a movie from the 1980s, we find examples of the stereotypical burnout, athlete, nerd, loser, and princess. Unfortunately, such stereotypes are harmful to high school students, increasing the risk of depression, anxiety, and even suicidal ideation. Stereotypes can also affect students' future career choices and opportunities.

If your child is struggling with stereotypes, you're not alone. However, with the right support, your teen can learn to look past stereotypes to recognize their full and genuine self. In this article, we'll explore how high school stereotypes come to exist, how they hurt teenagers, and what you can do to help.

As mentioned above, teens are not the only ones who perpetuate high school stereotypes. Whether intentionally or not, teachers and administrators may be guilty as well. For example, teachers may treat students differently based on their nationality, race, or ethnicity.

One study found that some teachers preferred Asian-American over African-American and Latino students because of the stereotype that Asian-Americans are more academically successful. This preferential treatment caused students from other marginalized groups to lash out against Asian-American students. The result was tension and bullying among all groups as students fought to avoid being stereotyped. 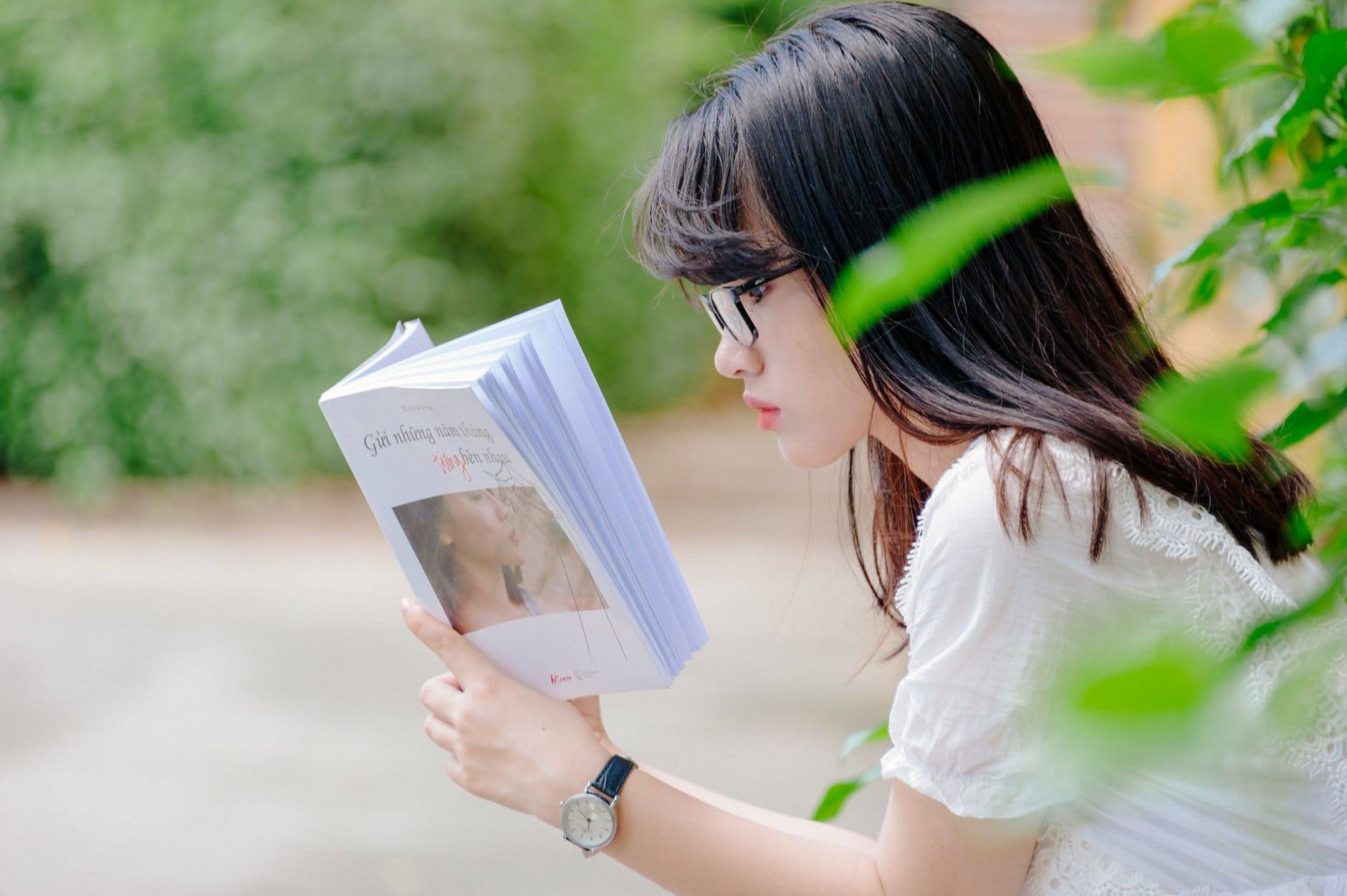 Another study found that stereotypes and biases are some of the greatest contributors to high school bullying. Based on social, cultural, or physical differences, students may stereotype other students as weak or weird. Aggressive students often base their dislike and bullying of other students on these stereotypes.

Many studies have attempted to understand the problems that lead to high school bullying. Bullying has become a larger problem over the past few decades, so more educational efforts have been made to increase awareness and put a stop to bullying.

The stereotypes associated with different demographics cause increased stress for high school students, as well as anxiety related to academic success. Racial stereotypes, for instance, promote the false belief some minorities are less willing or able to learn than others. Research has shown that racism at school creates a greater risk for mental illness.

For example, because of racial stereotypes, students from marginalized or minority groups might feel intense pressure to succeed, in an effort to disprove the stereotype. As such, they may work harder than other students at academics and put more effort into extracurricular activities. The intense pressure they place upon themselves is likely to increase stress and anxiety. Later, this can lead to breakdowns in behavior, mood changes, depression, or even suicidal ideation.

As we saw in The Breakfast Club, certain high school groups are well known in our culture. However, not all students fall into these predetermined groups. In other words, the high school stereotypes portrayed by the media are what students, parents, and administrators expect, but they do not encompass all students. 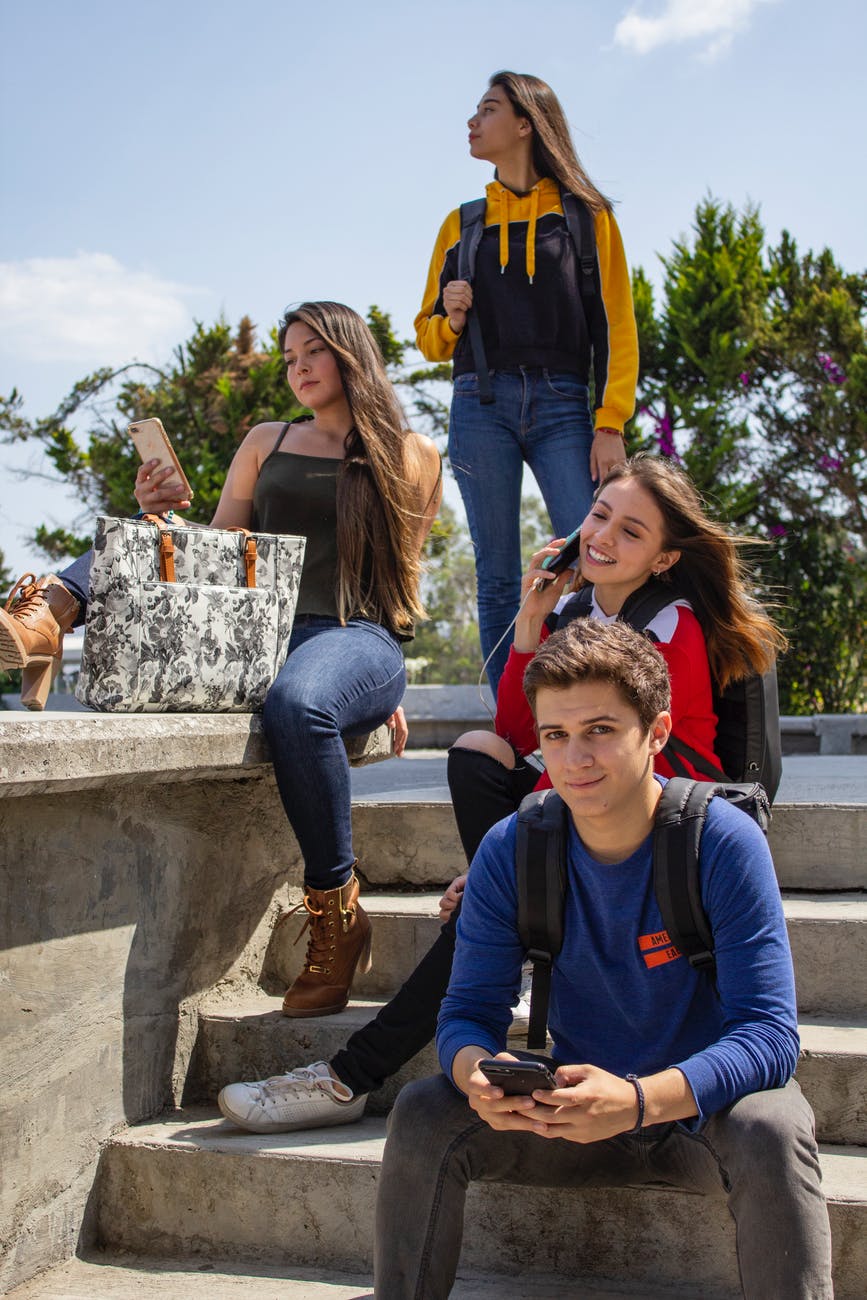 When a student does not fit into an established group, they may become isolated and disenfranchised. For example, consider an Asian-American student who doesn't excel at academics, as Asian-American students are stereotypically expected to do. That student may feel like they have nowhere to fit in and become socially isolated.

Such social isolation is harmful to teens. They may feel like they don't belong in school or even in society in general. This can be a huge blow to their developing self-esteem, and may even cause them to engage in risky behaviors to fit in with a desired group. And social isolation, too, is associated with depression and suicidal ideation.

High school students are in the process of forming their identities. When stereotyped as part of a group, they risk losing parts of their present and future sense of self. A student may feel so much pressure to conform to societal standards that they choose fitting in with a crowd at the cost of expressing their full personality.

The decision to conform to a stereotype makes it difficult for teens to express their genuine personalities to other students, parents, teachers, and administrators. When one’s true identity is threatened by peer pressure and stereotyping, this can lead to frustration, confusion, and emotional distress.

High school stereotypes of African-Americans have been found to directly affect standardized test scores. When African-American students are stereotyped as being unable to succeed, their self-esteem and confidence is greatly affected, which in turn affects their performance on standardized tests. Some of these tests, such as the SAT and ACT, directly impact future opportunities. 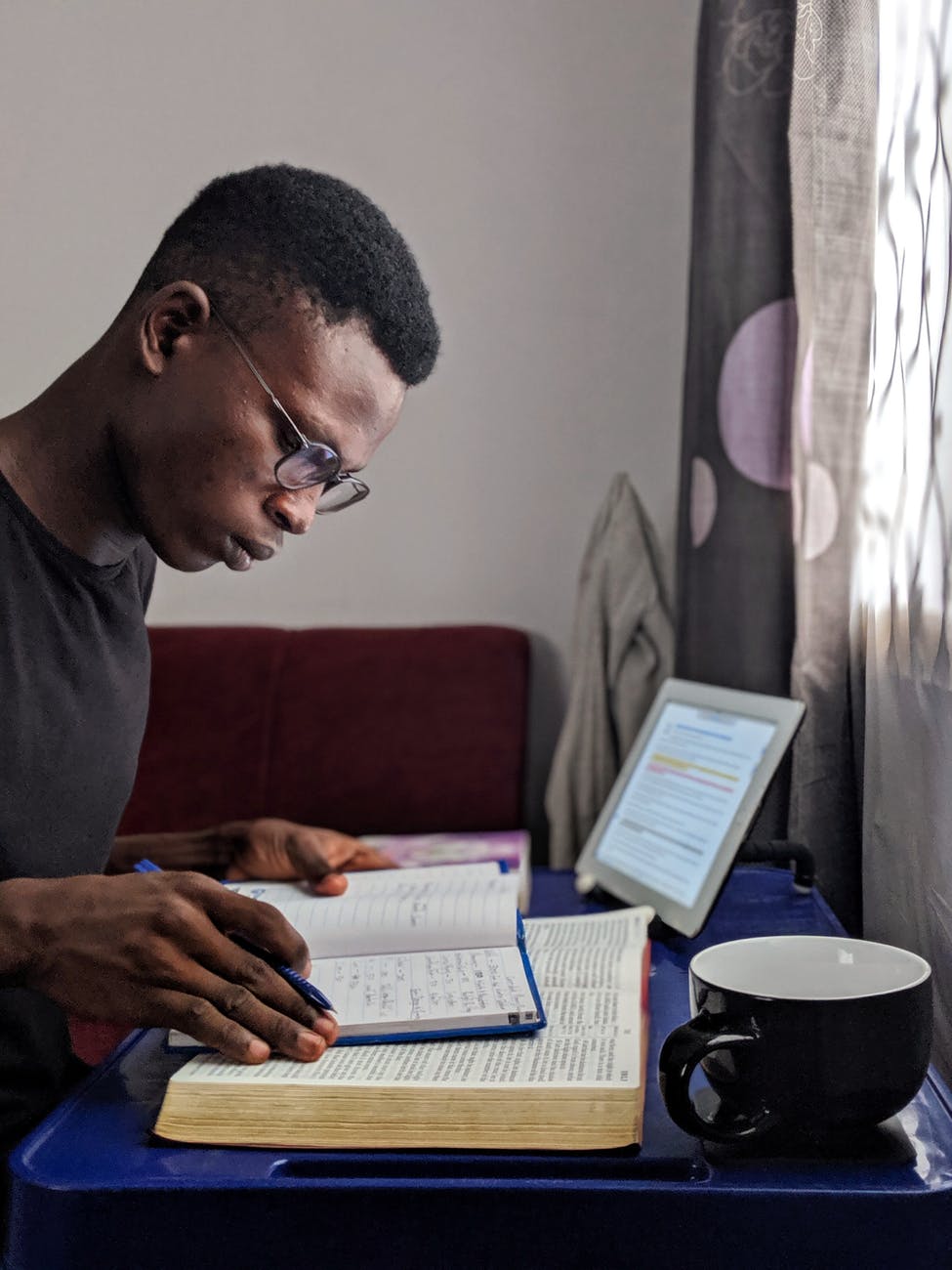 One study found that African-American students consistently performed worse than White students on a test they were told predicted their success on a high-stakes standardized exam. Researchers found that perceptions of ability, expected success, and related stereotypes greatly affects the outcomes of such tests.

Another study found that female and African-American students had similar results on standardized tests, which were lower than those of White male students. These students were negatively stereotyped, which had a direct influence on self-esteem and anxiety about how they were viewed within the high school setting. This anxiety led to low test scores on predictors of high-stakes standardized tests.

Academic achievement can be directly related to stereotypes. For example, the "dumb jock" stereotype has been shown to negatively impact high school students, which can have a direct effect on the quality of education these students receive. The same can be said of stereotypes about ethnicity and gender. Teachers and administrators who assume that students from marginalized or minority groups are not going to perform as well as other students may not make an effort to ensure that they receive the same quality of education.

During high school, students begin thinking about college, future career choice, and other elements of adult life. Research has shown that gender stereotypes directly impact the career plans of high school seniors. One study showed that most female students did not choose career paths based on prestige, monetary potential, or the ability to succeed, but rather on interest. The study suggests that this tendency could be caused by the gender stereotype that women are less likely than men to succeed in prestigious careers.

If your teen is struggling with high school stereotypes, there are things you can do to help.

Encourage journaling. Help your teen understand the importance of expressing emotions. A journal is a great way to express feelings privately. When a teen journals about their feelings, they can better understand stereotypes and may even be able to overcome them.

Support your child. You are your child's most important source of support. Let them know that you care and will always be there for them. This will help improve self-esteem and increase the chances that they'll come to you if they experience problems in school.

Exercise together. Exercising is good not only for the body but also the mind. Getting thirty minutes of exercise a day can help relieve the stress teens may have about being stereotyped at school. 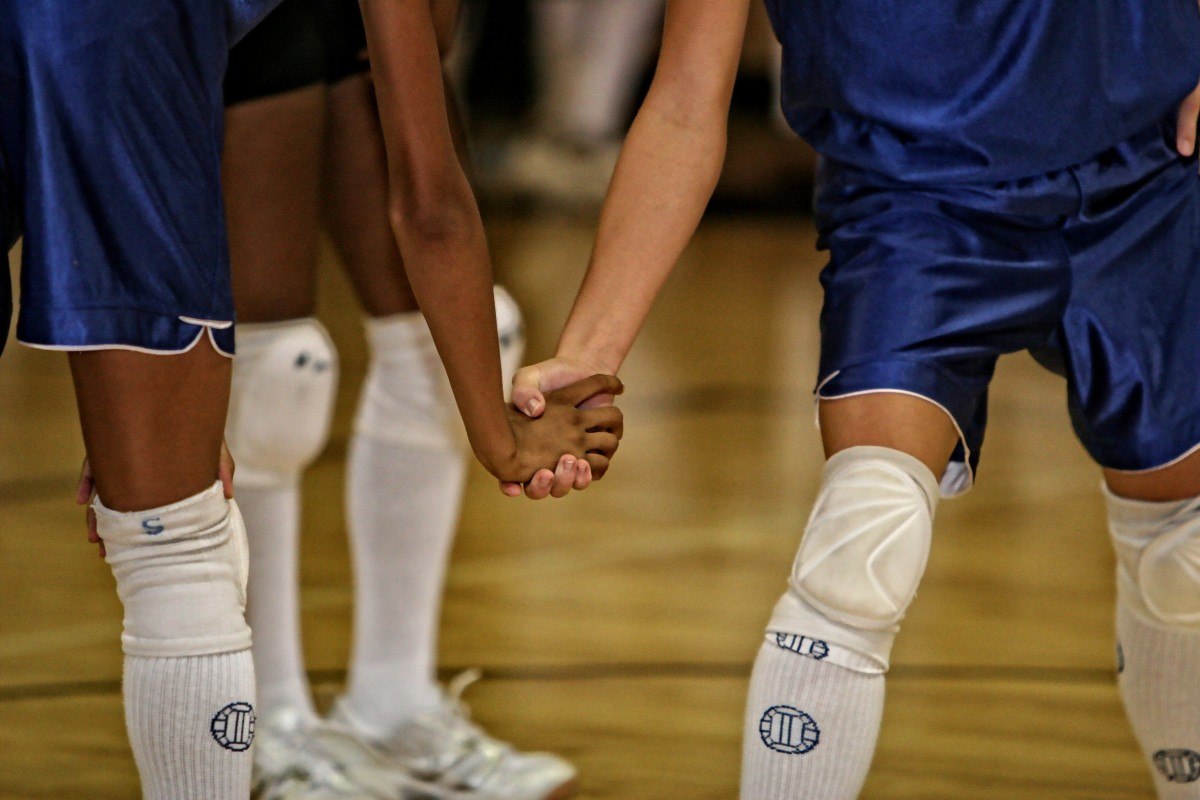 If your teen has been negatively affected by high school stereotypes, it may help them to speak with a counselor who can help them identify and overcome stereotyping. A counselor can also help them discover their authentic identity and unleash their academic potential.

If your teen is showing signs of withdrawal, depression, or anxiety due to high school stereotypes, it's particularly important to find a counselor who can help them cope with the pressures of adolescence. Seeking help as quickly as possible is advised, to avoid the chance of high-risk behaviors and suicidal ideation.

As a final note, this article has focused on generalizations that are widespread in our society. The content does not apply to everyone, and not every school or every student has these problems. This article is not meant to be conclusive, nor does it cover all stereotypes or high school problems. Rather, it is meant to provide information for discussion and let those in need know there is help available. If your teen needs help, consider reaching out to BetterHelp for online counseling.

As discussed above, online counseling can help teens deal with sensitive topics such as high school stereotyping. But high school students are not always motivated to attend in-person counseling. This is where online therapy comes in. Your teen can access BetterHelp’s platform from the comfort and privacy of home. In addition, online therapy offers lower pricing than in-person therapy, because online therapists don’t have to pay for costs like renting an office. BetterHelp’s licensed therapists have helped high school students with many issues. Read below for some reviews of how BetterHelp therapists have helped with self-esteem.

“I really like working with Colleen. She’s genuine & understanding. I’ve only been doing therapy for about 3 weeks & she’s already been super helpful! I really appreciate her time & help.”

“The sessions with Amanda help me understand myself better and keep me grounded. It's great to feel that she has the best interest for me. I feel grateful.”

High school stereotypes harm teens in many ways. With the right help, you can protect your teen and help them grow into a healthy adult. Don't let stereotypes damage their future. Take the first step toward helping them have a fulfilling life today.

Previous Article
What Are Some Common Stereotypes, And Why?
For Additional Help & Support With Your Concerns
Speak with a Licensed Therapist Today
The information on this page is not intended to be a substitution for diagnosis, treatment, or informed professional advice. You should not take any action or avoid taking any action without consulting with a qualified mental health professional. For more information, please read our terms of use.