Adolescence is a phase of human development where people go from childhood to adult life. Teenagers are changing rapidly in both their physical and emotional states. Teenagers start to change when they enter puberty, which begins, between the ages of 10 and 12, and then enters adolescence. Between 13 and 18 is the period of adolescence where teenagers go through rapid psychological development and can appear moody, irritable, angry, or depressed. There are both mood and physical changes. Here you will find articles about teenagers and the different unique challenges they face such as with technology, media, and social media. Whether you have a teenager now, or know one, or work with them, this section will help you better understand what they are going through. It can also help you understand how this phase of life is crucial to our development as individuals.

Speak with a Licensed Therapist
Explore More on Teenagers

Teenagers are categorized as individuals between 13-and 19 years of age. “Teenager” is a synonym for the word “adolescent.” The teenage years are a time in which there are a lot of changes going on in the mind and the body. Adolescence is the stage of life between childhood and adulthood, and it can be a tumultuous time.

Some people characterize the teenage years as a time when people are moody, hormonal, and managing mental health conditions alone. Teens get a bad reputation for not being stable, but it’s no wonder that they’re struggling given all of the hormonal changes they’re experiencing. 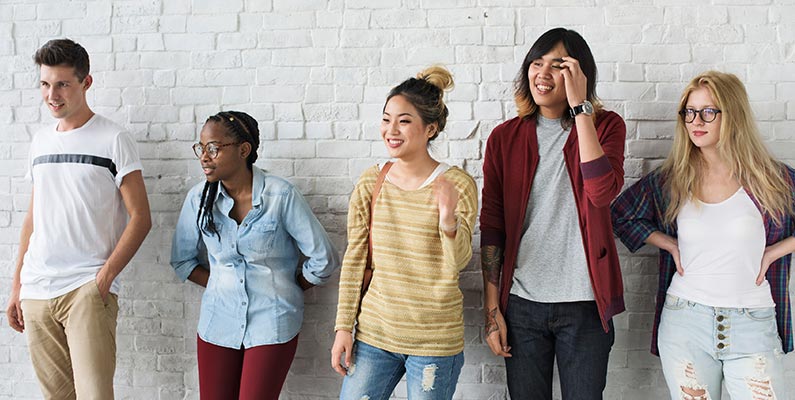 Acne is present on the surface of the skin and is an easy target for other teens to mock. Some teens are ashamed of their developing bodies. It’s essential, if you’re a parent of a teenager, to realize that these changes in their minds and bodies are overwhelming at times.

Your child might need some guidance as to what’s happening to them. They might not ask you directly, but you can offer to talk to them about their body and mind changes or be available to listen if they need you. If they know that you are there to listen to them, it can help them open up to healthy boundaries and conversations.

Teens are discovering their individuality. They’re learning who they are as people independent of their parents. It can be a stressful time because they don’t quite know who they are yet and are developing their identity, learning about their own mental health, dealing with self doubt, and trying to set personal boundaries. Some teens develop identity issues, negative emotions, or even have an existential crisis.

They wonder what their place is in the world and start to think about what they want to do as adults. Identity issues continue for the rest of our lives because who we are isn’t fixed, but it happens to be a particularly rough time during the teen years because you’re just starting to develop a sense of self. Most people find the teen years to be a challenging time in their own life, but it’s a temporary feeling because eventually, we grow into ourselves and establish who we are. 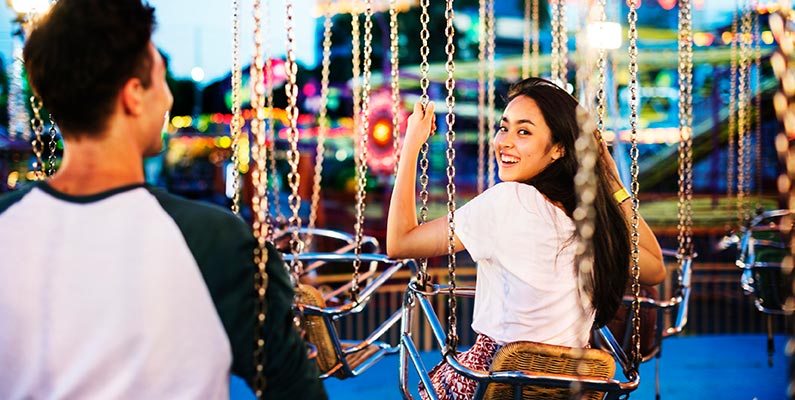 Some questions that teenagers often ask themselves about mental health include:

A common mistake many adults make is to assume that all teenagers are moody and depressed, and it’s “a phase.” While it’s true that hormonal changes cause mood shifts, remember that teenagers are human beings and can have mental health issues. Some teens struggle with anxiety and depression due to all of the mind and body changes they are going through in life.

It’s natural, but it can frighten parents. There are some warning signs to look out for in your teen. If your teen begins experimenting with drugs or alcohol, becomes highly anxious, or is engaging in self-harm, you need to seek help for your teen. They could be in danger of harming themselves or developing problematic behaviors. Depression can be a phase, or it can persist past the teenage years. It’s important to keep an eye on it to see if they need to be treated in a clinical setting.

Sometimes, medication can be a game-changer for both teenagers and adults. It’s essential to understand that mental health treatment is effective for everyone, including teenagers. Don’t be afraid to reach out for help if your teenager needs some extra support with their mental health.

Teens go through many physical, social, educational, and personality changes. They’re dealing with new relationships, new rules, harder classes, and even a lack of identity. Therapy can help tremendously because it gives teenagers a place to talk about what they’re going through in their lives. It can also be helpful for parents to see a therapist when their child becomes a teenager so that they can work through their challenges as a guardian. 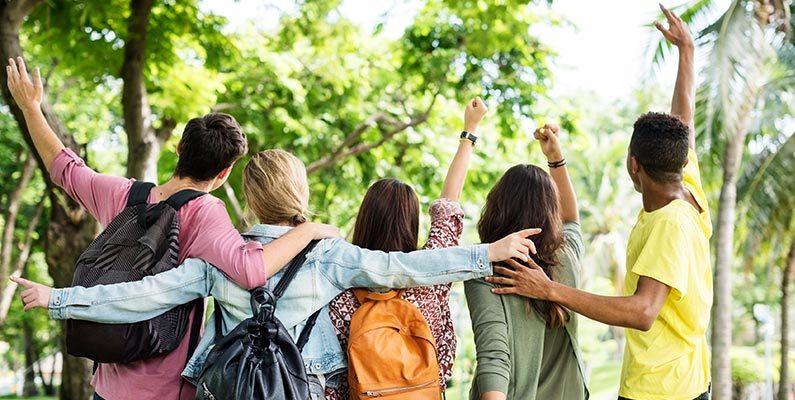 How old is a teenager?

The teenage years fall between 13-and 18 years of age. Adolescents in this category are called “teenagers.” Parenting teenagers within this age group can be a challenge. This is due to the many physical and emotional changes teens experience during this time frame.

What is typical teenage behavior?

Some negative stereotypes around teenage behavior involve teens being moody, unwilling to help, talking back to their parents, and being lazy. Positive stereotypes include being full of energy, bubbly, open-minded, and friendly.

Are teenage years the hardest?

Parenting teenagers may be one of the toughest jobs you’ll ever have. Coaching your adolescent through puberty that includes rapid mental, physical, and emotional changes can take a toll on you -- as well as your teen.

What does it mean to be a teenager today?

Today’s teenager has a lot of responsibility. Today’s teens are busier and more active than previous generations. This is partially due to the role that digital connectedness and social media play in a teenager's life.

Why are teenage years so hard?

Teenage life can be challenging for both parents and teens. Many teens are experiencing unfamiliar changes in their mental and physical states due to puberty, hormonal changes, and an increase in responsibility as they become young adults.

Why being a teenager is so stressful?

Being a teenager can feel stressful due to the sudden onset of puberty that requires added responsibilities. Young adults are also expected to do more during their adolescent years than when they were in early childhood or small children. Many teens struggle to cope with new responsibilities, romantic relationships, and high expectations from parents.

What are the advantages of being a teenager?

Being a teenager has some advantages. Teens are generally more energetic and have a pure zest for life that older adults and younger children may not realize. Teens represent the hope for future society as they bring fresh ideas and new perspectives to outdated societal belief systems.

What are teenage issues?

Some teen issues include dealing with the unexpected changes that going through puberty brings. Understanding dating and relationships and a wide variety of “firsts” can be overwhelming as they begin to explore the world as young adults.

What is teenage life?

Teenage life is an in-between period that bridges the gap between childhood and adulthood. While teenagers are not fully adults, they aren’t children either. This makes their rules, expectations, and circumstances somewhat of a grey area at times. Understanding teenage life can be challenging for both parents and teens at times. As an adult child,

What are the disadvantages of being a teenager?

Teens are often treated like either a child or an adult at times. This is often confusing for teens because they aren’t either at this stage in their lives. While teens may feel like adults and even have some adult responsibilities like a job, they may still have a curfew and need to be driven around until they are of legal driving age.

What is the hardest part about being a teenager?

One of the hardest parts about being a teenager is being misunderstood. As teenagers fall into the category of adolescence (which is between childhood and adulthood) many of the rules and expectations for them are unclear. As a result, teens aren’t always sure what their roles are as they try to meet the expectations of family, society, romantic relationships, and their peers.

In some ways, teenagers are still children-at least chronologically so, as they continue with child development. In other ways, teens seem to be more adult-like as they learn to take on new responsibilities and challenges that come with age. It’s important to find balance when dealing with teens because adolescence can be a challenging and tumultuous time in their lives. If parents are able to set boundaries and encourage open conversation, their teens will (someday) thank them for it.

How can teenagers deal with a toxic mother or toxic parents?

No toxic relationship is fun, but a narcissistic mother or toxic mother can wreak havoc on a teenager's peace of mind. Dealing with a toxic parent is a lot for a child or young adult to handle. Setting personal boundaries is one way to try to manage the pain caused by toxic mothers. Another is to find support from someone else at home, or have a good friend who can listen to you vent. Therapy is usually helpful in dealing with or living with toxic parents.

How do I deal with my 13-year-old daughter's attitude?

Take a deep breath. Try to put things into perspective before you have conversations with your daughter. Recognize that she isn't trying to be a toxic person, even if she's displaying negative behavior or saying cruel things. Put yourself in her shoes. Foster an environment of open communication between you and your teen that makes it easier for you to talk to her without confrontation (on either side).

Some people who met as teens are still happily together or married today. Teenagers who have decided to commit to each other can build lasting relationships with proper communication and support. This is required of all intimate love relationships -- not just those of teens. If you’re a teen and you need love and relationship advice, the best place to start is with a teen or adolescent therapist who can help.