An In-Depth Look At Jungian Therapy

With this post, we will be looking at Jungian therapy, also known as analytical psychology. Created by Carl Jung, a Swiss psychiatrist, it's an influential form of therapy. 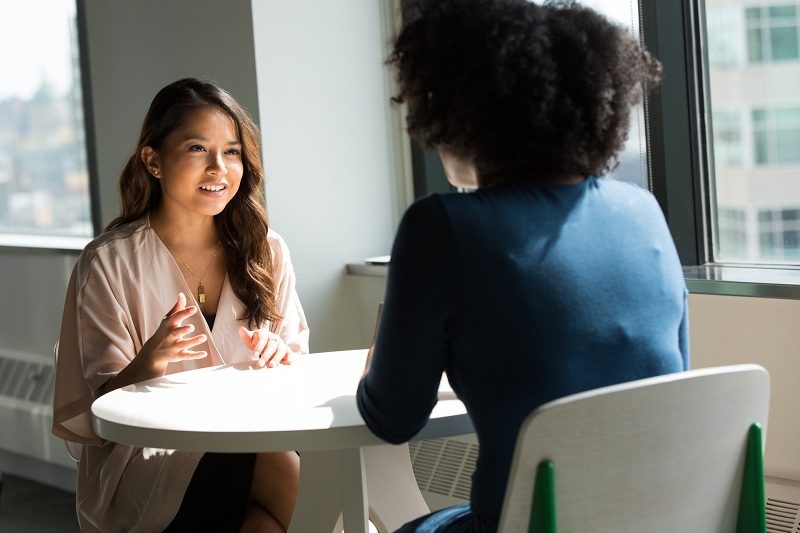 How Can Jungian Therapy Benefit Me?
Ask A Board-Certified Psychologist Expert Online Now.
This website is owned and operated by BetterHelp, who receives all fees associated with the platform.

What Is Jungian Therapy?

Jungian therapy is the type of talk therapy that is designed to make a person whole. It does this by combining parts of the conscious with the unconscious to create a balance. Jungian therapy typically invites clients to go deep into their minds and examine how aspects of their personality form their whole. In his conception of the mind, Jung placed an emphasis on darkness and light—or other relationships that manifest as dichotomies.

Jungian therapy is useful for those who are experiencing various mental health issues, such as depression, phobia, anxiety, relationship issues, or any trauma. However, you don't need to have a severe mental health issue to experience its benefits. It can be good for anyone who wants to put in the effort and work to understand themselves better.

Jungian therapy, like most treatments, involves speaking with a thearpist. But it will involve other techniques as well. Your therapist may ask you to keep a dream journal and ask you to reflect on what your dreams represent. You may be asked to be creative and express yourself artistically. There may be word association tests in which the counselor says a word and you name the first thing that comes to your mind. Your counselor is trained to interpret your responses. At its core, Jungian therapy is about self-knowledge.

Carl Jung believed that one should focus not on the symptoms of the problem, but the source. The source of mental illness tends to be a person's unconscious, which can contain repressed memories of past traumas. It is also linked to what Jung referred to as the collective unconscious, which represents a common, memory and knowledge base that everyone shares. If your lived experience falls out of place with your position among the collective unconscious, it can affect you.

Jung also described a concept known as wholeness or individuation. The idea is that you must find the cause of your problems and repressed emotions to become complete. Trying to take on the symptoms that arise from a deeper cause will not prevent them from coming back soon.

Let's look at some concepts and terms of Jungian therapy. 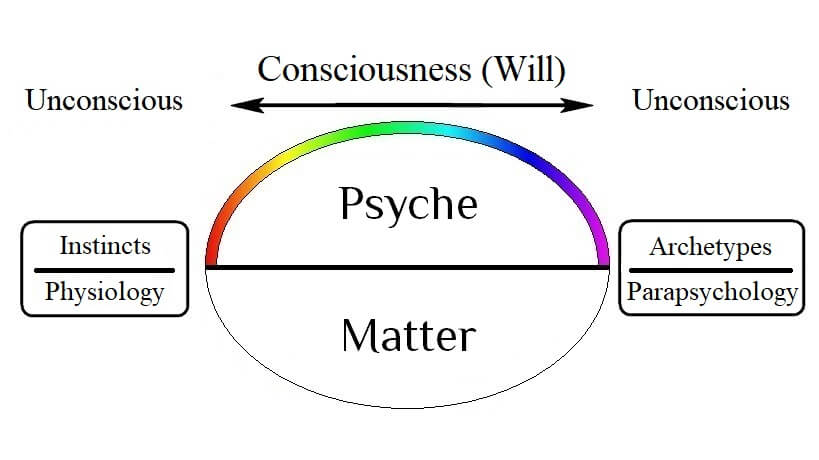 In Jungian therapy, as well as other schools of treatment, the unconscious is the part of the mind you can’t sense or control. It is, nevertheless, influential and active. Jungian therapists may seek to access your unconscious in order to help you on your way to achieving wholeness.

One way to tap into the unconscious is through your dreams. It's believed that your dreams may tell you some emotions and ideas that you're not consciously thinking. Dreams are sometimes an essential source of knowledge in Jungian therapy, even if you think your dreams mean nothing. In Jungian therapy, dreams are the creative outlet your mind uses to express itself.

Archetypes are an important part of the collective unconscious. First developed in 1919 by Jung, they are the framework of certain ideas that we all share. There may be interpretations that you can associate. For example, we all have a notion of the archetype of what a mother should be. They are collectively shared. There are more specific archetypes as well, and they can show themselves in quite a few ways. Jungian therapy will take a look at the archetypes we all share as well as the  archetypes you have incorporated into your life.

It is strange how we struggle to know our own selves. Self-realization is a need we all have. To make progress in this effort, Jungian therapists may encourage you to pursue individuation. The process occurs when someone explores who they are with the intention of improving who they are as an individual.

It's believed there are two halves of our lives. During the first half, we make our own identity. This is why teens are so rebellious, and young people take so many risks. According to Jung, adults have their puberty once they approach middle-age. Instead of caring about the material and sexual parts of life, they begin wondering about spirituality and the community as a whole. 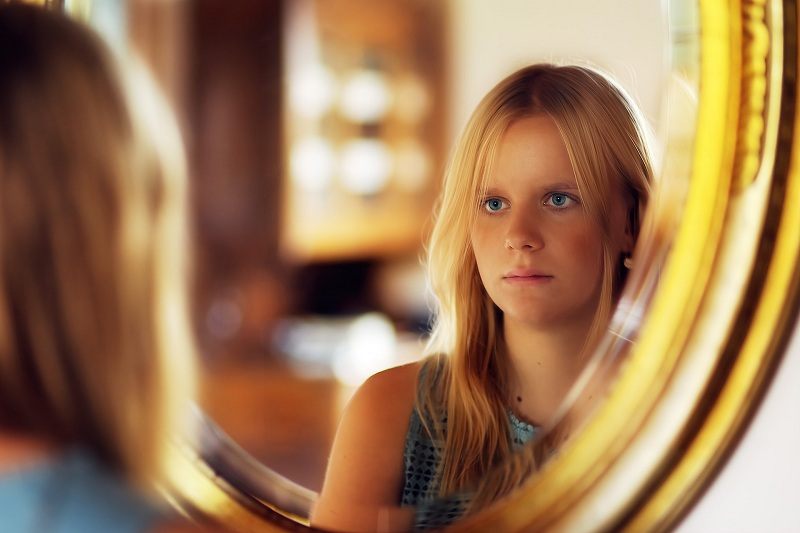 How Can Jungian Therapy Benefit Me?
Ask A Board-Certified Psychologist Expert Online Now.

Now, let's look at the second half. The idea is that people become a part of the collective once again and want to contribute. They may volunteer, make art, and look at both their conscious and unconscious feelings. The belief is that young people, especially men, do not express their emotions because they are not part of the collective. They are too busy trying to find themselves.

So what is the goal? According to Jung, the goal for the collective is to be able to have the biggest spiritual experience possible. If one does not try to achieve this goal, they may have neurotic problems. Phobias, depression, and other mental problems stem from this.

In the unconscious mind, there is a shadow. These are repressed memories or disowned traits we have. We all are battling against our shadow, and we do so in different ways. For example, we may project our feelings onto someone else. However, the shadow is not all bad, and there are constructive parts in addition to destructive parts.

When it comes to destruction, the shadow is a problem, because it has qualities that people just don't accept. If someone doesn't like being mean, they may have unconscious desires to be mean. The opposite can be true as well, meaning a mean person may have an unconscious desire to be good, and this can reveal that there is a light in one's shadow.

What should one do about their shadow? Jung believed that one must be aware of what it consists of and bring it into the conscious. This can help prevent projection and other undesirable traits as well.

The anima is the unconscious feminine part of a man. For a woman, it's known as the animus, and it's the hidden male part. Many Jungian psychologists believe that every man has some anima and every woman has some animus. In trans and other gender non-conforming people, this interplay grows even more unique.

Jung believed that these two parts help guide us to what our self is. However, this task is quite difficult. Self-realization can also come about without warning during a significant experience. Sometimes it can occur randomly during a routine day. Jung's anima, according to him, talked to him out of the blue without planning. 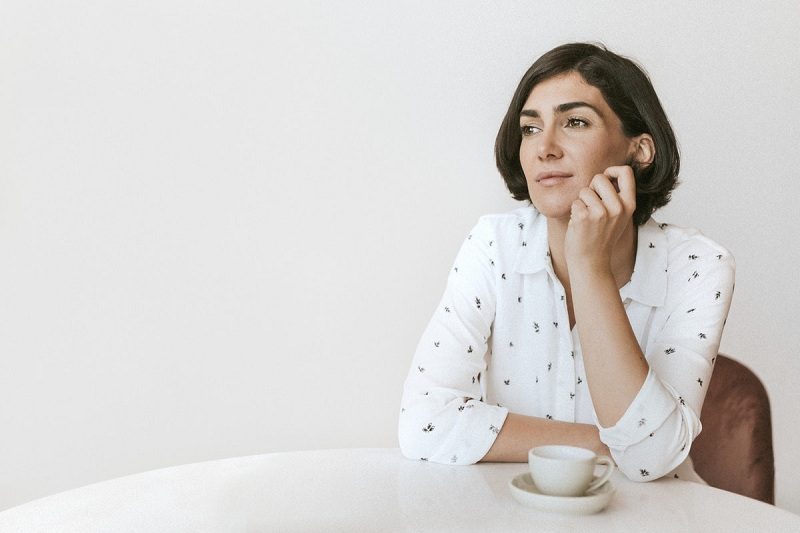 When one does not listen to the anima or animus, they may project onto other people. What does this mean? Well, have you ever been attracted to someone you don't know? This may be because you can find your anima or animus in that person. You don't love them at first sight, but instead, you are projecting. This can especially apply to someone who believes in gender roles. A very masculine man or a very feminine woman may not have an easy time seeing the other side of themselves.

Jung divided anima and animus into two parts. He believed that the male side was judgmental, and the female side could be perceptive. Women could have a judgmental side, and men can perceive, in other words.

We all have our shadows, and it's up to us to find what they contain.

Psychoanalysis is a big aspect of Jungian therapy, as well as other schools of treatment, such as Freudian therapy. The analysis is how the therapist takes the known and combines it with the unknown. It's how they look for what behaviors and other emotions mean. A therapist may look at your dreams or your art pieces and examine them for their meaning. Even if you're unsure of their meaning, a therapist can help you. However, interpretations can be specific and subjective, and a therapist needs to realize that describing something is a complex process.

Jungian psychoanalysis is a bit different from the methods developed by Sigmund Freud. Freudian analysis states that our repressed memories are connected to sexual instincts, while the Jungian form of analysis has no assumptions about the person. There may be sexual desires, but a person may have other goals or fears they are repressing.

If you are curious about what Jungian therapy can do for you, you should give it a shot. Psychologists have studied the effects of the treatment for decades. There is a reason it is still practiced today: it works. A 2013 meta-analysis found that not only did Jungian therapy, in most cases, alleviate the symptoms that initially caused patients to seek help, but it also had various secondary benefits in their everyday lives. What’s more, this treatment is now more available than ever with online counseling. Due to its accessibility and convenience, online therapy was already growing rapidly before the Covid-19 pandemic. During 2020, however, platforms like BetterHelp exploded in popularity.

If you are curious about how Jungian therapy can help you, get in touch with a licensed mental health professional from BetterHelp. They will be able to walk you through traditional aspects of Jungian therapy—like keeping a dream journal and word association exercises—all from the comfort of your own home. Read what others have to say about their experience with BetterHelp below.

“Cecile is the best! She is patient and kind and she is also extremely intuitive so you don't have to feel afraid that you need to defend how you feel or "prove yourself." I think this is especially important for people who have been used to repressing their emotions and pretending they don't exist. It is very easy to open up to her about anything and she is able to give you advice that is simple and clarifying.”

“Jared has been an amazing mentor through this entire process. He’s a trustworthy guide and I’m overcoming a lot of repressed self-doubt and learning to be true to myself and put myself first. I can genuinely be myself, but most importantly he knows when to check me on my problems and validate my emotions.”

Jungian therapy is a valuable tool, and if you're interested in it, or any other form of therapy, talk to a therapist today.

How Does ERP Therapy Help With OCD?

What Is Animal-Assisted Therapy?
For Additional Help & Support With Your Concerns
Speak with a Licensed Therapist Today