Should You Try ECT Therapy? 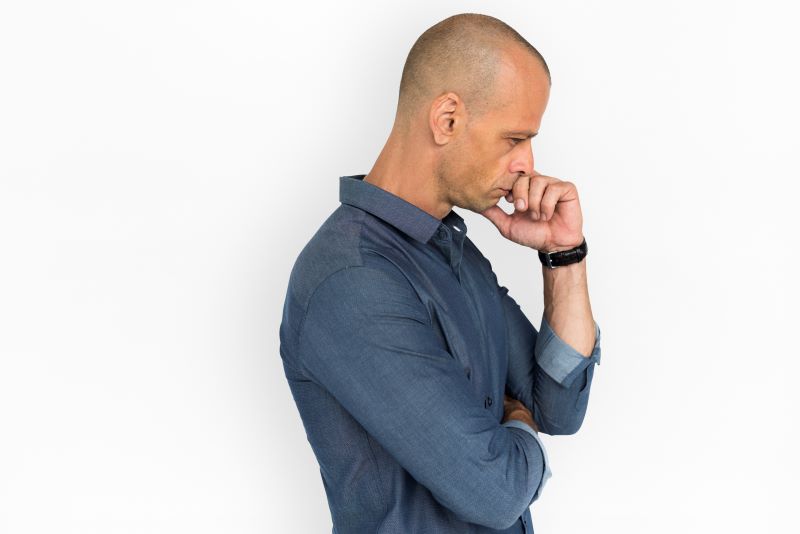 When most of us think of electroconvulsive therapy, we think about books like The Bell Jar or movies like One Flew Over the Cuckoo's Nest.

These recreations of ECT therapy are gruesome, horrifying, leaving us with images of controlling and abusive medical personnel torturing their rebellious patients.

So why is it that this seemingly outdated (and some might even say barbaric) form of mental health treatment is coming back into favor again?

Could it be that this might be worth a try after all?

Read on to find out.

First things first. What exactly is it?

What Is Electroconvulsive Therapy?

ECT therapy is a procedure in which electric currents are passed through the brain, causing a seizure. This procedure is performed under general anesthesia.

While this form of treatment seems extreme, it has been found that the changes to your brain resulting from ECT therapy can bring quick and effective relief from symptoms of depression.

We have no idea why or how this happens, but the results are conclusive enough to make this a viable treatment when all others have failed.

Electroconvulsive therapy has changed a lot since the days of One Flew Over the Cuckoo's Nest.

In those early days, no anesthesia was used during the treatment. As a result of undergoing the seizure without anesthesia, patients often suffered broken bones and severe memory loss.

In this period, ECT therapy was as horrific as it is portrayed in the movies.

But now, this treatment is administered in a far more humane manner. 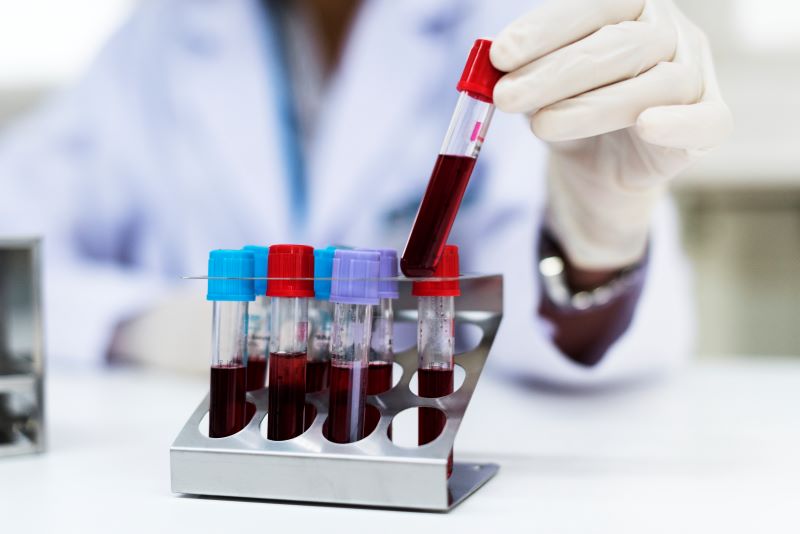 First of all, there is a careful screening process to ensure that any risk can be minimized. The medical team will evaluate:

Once you have been thoroughly evaluated, an IV is inserted. Patients are given anesthesia as well as a muscle relaxant to eliminate the risk of pain and injury. As with any procedure that involves general anesthesia, you will need to prepare ahead of time, with no food or water after midnight on the night before.

Electro pads are placed on your head. There may be only one for unilateral ECT, or you may have an electroplated on each side for a bilateral procedure.

Once you are asleep, electric currents pass through your brain, triggering a seizure. A blood pressure cuff is placed on one ankle so that doctors can monitor seizure activity through the movement of your foot, and also through an EEG which tracks activity in the brain.

The seizure lasts for about a minute, and the patient remains unaware of it.

A full course of treatment usually includes 6-12 sessions, occurring once or twice a week for 12 weeks.

While this procedure is much safer and more ethical than it used to be, there are still several risks associated with ECT therapy.

For one thing, some common side effects may be unpleasant. You may experience confusion for several hours after the procedure, possibly not remembering why you're there. In some cases, patients suffer retrograde amnesia, causing them to forget events that happened in the time leading up to the treatment. Rarely, the amnesia can last for several months. 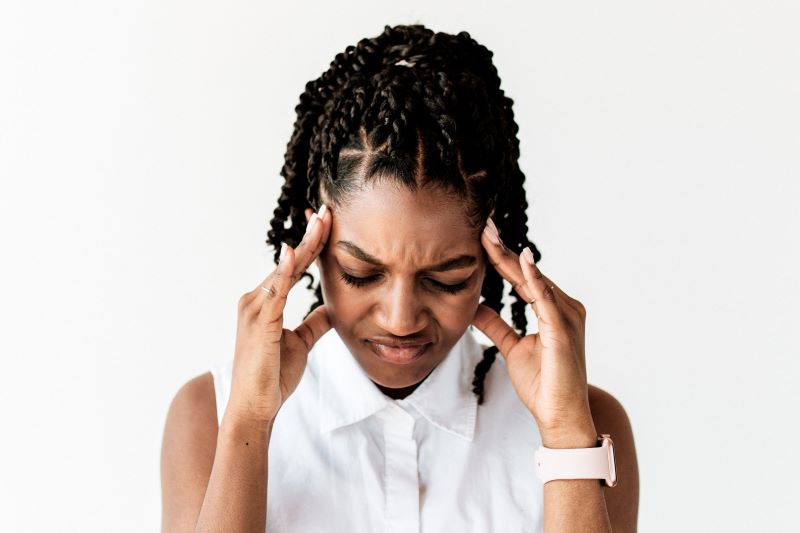 Other possible side effects include a headache, jaw pain, and reactions to the anesthesia, like nausea or shakiness. As with any procedure done using general anesthesia, there is a risk of resulting heart problems.

Every patient is different. You may experience a few of these side effects or none of them.

Although more insurance companies are beginning to cover this therapy, not all of them do. The out-of-pocket expense can come to as much as $600 per session.

All of these risks and side effects sound pretty dire. So is it worth it?

How effective is this treatment?

There are still many things we don't know about ECT therapy. But even with our limited knowledge, we have clear evidence of its effectiveness.

Here are some of the things that we know.

About 100,000 people in the US receive ECT therapy each year. Of these, between 70-90% show improvement in their symptoms.

Some see their symptoms improve after as little as two therapy sessions. That means much quicker relief than what people typically get from antidepressant medications, which can take several weeks to begin working.

It can be used safely with pregnant women, who often can't take medications because of the danger to the fetus.

Despite the scary movie portrayals, there has been very little evidence of patients suffering long-term harm from ECT therapy.

Depression is one of the most widespread and harmful epidemics in the world, plaguing about 300 million people worldwide. About 44,000 Americans die of suicide every year, making it the 10th leading cause of death in the country. It is the leading cause of disability worldwide and has an estimated economic impact of about $210.5 billion per year.

So any treatment which offers effective relief from this disorder deserves our attention.

ECT is known to be the second most controversial medical procedure (after abortion).

Although it is widely used, many physicians remain opposed to it. Some are uninformed about the procedure, and may not even realize that it still exists as an option.

Which begs the question: if this treatment works so well, why does it have such a bad rep?

Part of the answer may lie in stories about the use of ECT therapy in its early years. While mental health practitioners understood back in the 1930s that ECT was effective, they were not always ethical in their approach to it. Mental illness carried a major stigma, and patients were sometimes treated inhumanely. One early account of the administration of ECT describes patients being herded like cattle into a large gymnasium as they cried and resisted. They were restrained and had to watch as the person ahead of them endured terrible convulsions without the benefit of anesthesia. Thankfully, this procedure is now performed far more humanely. But the collective memory of these brutal early scenes lives on in media portrayals. Filmmakers have seized on the drama of early ECT treatments as a useful plot mechanism to represent mind control and torture in the storyline. These movies were made long after ECT fell out of favor, and fictionalized many aspects of the procedure to make it more shocking to the viewer. Even today, ECT is frequently used as a plot device in suspense and horror films as a strategy of villains to torture and subdue their captives.

So it's not surprising that most of us still cringe when someone mentions ECT. But it's important to understand that today's reality is very different from what is portrayed in the movies, or even the ECT reality of early years.

Some of the controversies are founded invalid concerns, however. As insurance companies push for fast, easy fixes to complex illnesses, there is a fear that ECT may be used as a fast cure-all, even in situations where it is inappropriate. Medication and talk therapy are more time-consuming and costly, so there is a legitimate fear that ECT may be over-used in a way that's detrimental to patients.

Additionally, the side effects of memory loss and confusion are very concerning to some. Our memories are precious to us; they encapsulate our entire self-identity, and the idea of losing them (even temporarily) is frightening. As we know so little about the long-term effects of ECT and how it works, some feel that the positive results are not conclusive enough to outweigh the possible risks.

Are You A Good Candidate For ECT?

The choice to undergo ECT should not be made lightly. This controversial treatment, though effective, is not for everyone.

If you fit one of these criteria, you may be a good candidate.

However, in some situations, ECT may not be the right choice for you. It might be a good idea to avoid ECT if:

ECT is not without risk, but it is no longer terrifying or torturous. In fact, to some patients, it can mean the difference between life and death.

50 Therapy Quotes To Encourage You

Where Can I Find Surrogate Partner Therapy Near Me?
For Additional Help & Support With Your Concerns
Speak with a Licensed Counselor Today