What Is Deindividuation And What Is The Danger?

Have you heard of "mob mentality"? Most people know the phrase but don't know there's a term for it: deindividuation. The term refers to how people in a group can lose their sense of identity and behave in ways they normally wouldn't. Often it's innocent behavior but not always. Deindividuation can be a serious and dangerous issue unless you know what to watch for.

Before we understand what deindividuation is, we need to understand what it isn't. In the simplest form, your identity is what makes you who you are. It includes your self-awareness, your thoughts, beliefs, and behaviors. Self-awareness is being aware of yourself in relation to your standards. It's knowing your character, your morals, and your desires. These are things that make you the person you are.

Deindividuation refers to when a person becomes part of a crowd or group and then begins to lose their individual identity. They become less aware of self and who they are as an individual. The more the person becomes involved in the group, the less self-awareness they have, which includes knowing their morals, characters, and beliefs. These qualities start to be replaced by the identity of the group. The individual then begins to take on the morals and character that is held by the group as a whole. Think of being surrounded by fans at your favorite team's home game. Everybody's yelling, some people are thumping their chests, and you're jumping up and down. Most likely, you wouldn't exhibit these behaviors if you were standing there by yourself. But being a part of the crowd carries you away from your personal identity, and you feel free to do things you normally wouldn't. 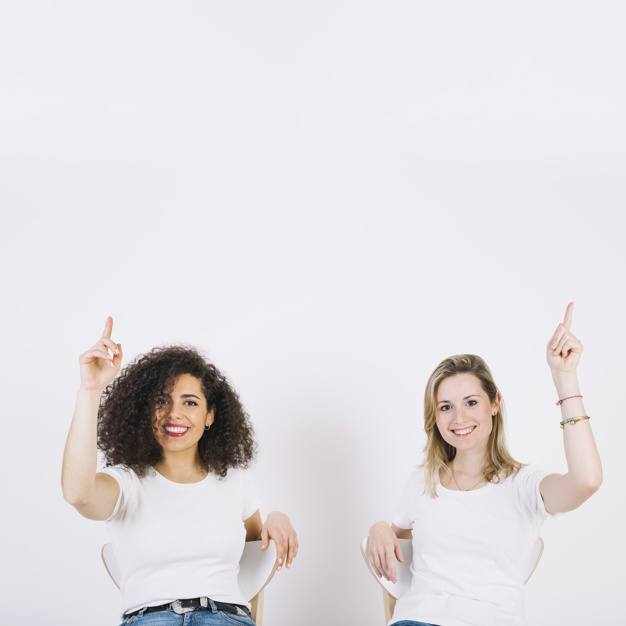 Deindividuation Can Happen Easier Than You Think - Be Prepared
Learn How To Reduce The Effects And Speak With A Licensed Counselor.

While it can have a negative impact on you in certain situations (like when you're ganging up on someone), it's something you can learn to overcome. The important thing is learning how to recognize when it's happening and what the dangers are. Then you know what to look for in order to avoid it.

Classic examples include gangs, cults, and large mobs of people. However, there are many other examples, including the military. In fact, not all deindividuation is bad. Studies have found that at large charity events, when people feel they are part of the group, they tend to donate and raise larger sums of money. The large donations inspire others to do the same.

Or, when training with a military unit, people are more likely to push themselves harder. They have taken on the identity of the group, which has made an impact on their behavior and what they believe they are capable of.

Deindividuation also occurs when people are wrapped up in a hobby or activity. For example, when people are in a mosh pit at a concert, they're punching the air and shaking their heads frantically-behaviors they wouldn't engage in if they weren't a part of a crowd.

In 1971 a psychologist by the name of Philip Zimbardo conducted an experiment to test the impact of deindividuation. In one of his experiments, he split up a group of male students from Stanford University. Half of them were to act as prisoners and the other half were to behave as guards. The experiment was to last for two weeks and everyone was told to play the role in their assigned group. However, the time frame had to be cut short and the experiment stopped after only six days. As a group, the guards were treating the prisoners so badly that they could not continue on with the activities. There has been a lot of discussion lately about the validity and replicability of the Stanford Prison Experiment. Some of that discussion revolves around who would have natural, bigger “buy in” to their group.

There are also many historic examples of mass looting. Take for example when Hurricane Katrina hit Louisiana. The devastation shut down the city, and mass looting followed. And it wasn't just essential supplies-videos from helicopters captured people walking out of stores carrying televisions and just about everything else you can think of. Most people wouldn't normally engage in such activity, but during this crisis, it became common. People didn't feel they would be held responsible for their actions, so they crossed a line they might not have otherwise.

The Dangers Of Deindividuation

While there are some positive situations with deindividuation, it can often be dangerous. As people become part of a group, they begin to lose their moral compass. They become willing to do things they would normally believe to be wrong. But why do people engage in behavior they know is wrong? 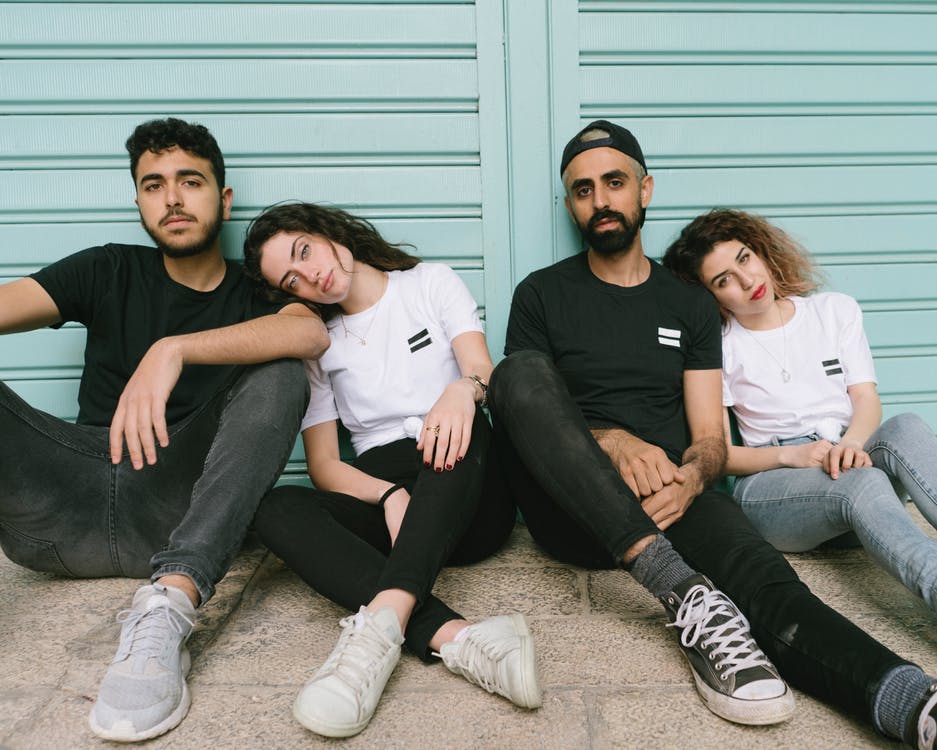 Bad Decisions Are Made

When people act as a group, they often get caught up in the emotion of the crowd and they cross lines they would not normally. For example, studies have suggested that when a large group watches a person standing on a windowsill of a tall building and the effect of deindividuation is strong enough, the participants of that group are more likely to encourage the person to jump.

Let's look at gangs as another example. When someone enters a gang, they take on the identity of that gang. They wear certain colors, might go by a different name, and lose the sense of what they consider right from wrong. They give up their individual identity to belong to this group, and that means crossing lines they wouldn't cross on their own. For example, there is usually an initiation that is completed to become a part of the gang. This act is meant to show that you are willing to do what the group does and that your individual identity and values will not hold you back.

How To Reduce The Effects Of Deindividuation

Know Who You Are

The first step in reducing deindividuation is to help people be and remain self-aware. If you are going to be going somewhere with a large group of people, think through what your morals and values are. Know what you stand for and where the line is you are unwilling to cross. If you are in a situation and feel yourself starting to get caught up in the energy of the crowd, remove yourself from the situation before you start to change your behavior. Remind yourself that you are responsible for your behavior regardless of how many other people are doing the same thing. Avoid drinking, as this lowers your ability to remain self-aware.

If you are trying to help reduce the effects of deindividuation on someone else, then focus on helping them see their individual identity. Talk directly to them and address them by name. Look for ways that make them more self-aware. Talk to them about their specific activities and what they're doing. Talk about their actions’ impact on other people. Try to help them see their actions.

If you believe you're struggling with deindividuation, working oneonone with a therapist can help you get to the place where you have more self-awareness and discover who you are. A therapist can also help you to forgive yourself and take correct steps to move forward from any past behaviors done as a result of deindividuation. 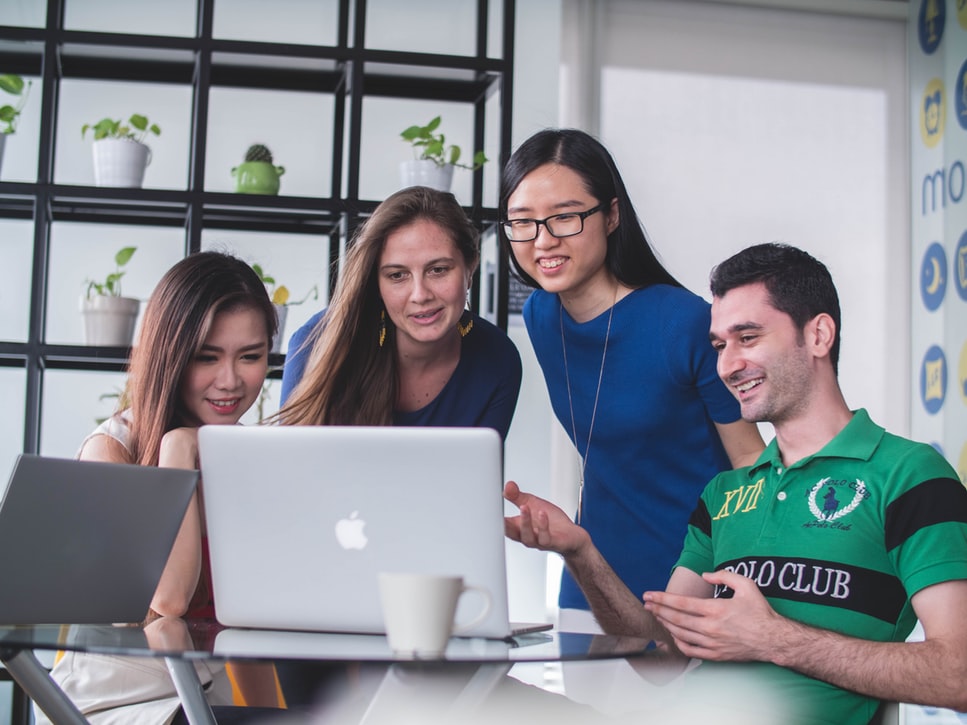 Deindividuation Can Happen Easier Than You Think - Be Prepared
Learn How To Reduce The Effects And Speak With A Licensed Counselor.

It is easy to think that this is a small problem when you hear the stories of sporting events and the military. But this is an important issue needing to be addressed in society. The longer someone lives a deindividualized life, the harder it is for them to regain their sense of true identity. If you or someone you know is struggling with this, seek the help of a trusted professional. BetterHelp has online therapists ready to help you regain your awareness of self and keep control of it, even when in a large crowd.

Online therapy has become increasingly popular over the last few years, but researchers have been looking at how effective it is for some time. Veterans are actually one of the most common populations to have been studied. The New York Times recently ran an article about online therapy and cited two different studies where veterans were split into two groups: one group did traditional in-person therapy, the other group did online therapy. Both studies found that both types of therapy are equally effective.

There are some other benefits to online therapy that you may want to consider. One is that you can get therapy no matter where you live. If you live in a rural area, there’s no need to make a long drive, and if you live in a busy city, no need to battle traffic. You can contact your counselor anywhere you’re comfortable as long as you have a secure internet connection. Another great benefit is that online therapy tends to be less expensive than traditional therapy.

You can read reviews of BetterHelp counselors below from people experiencing similar issues.

"Christina has been so extremely helpful for me. She has guided me to better myself, to build a strong foundation, helped me know my self-worth, and to know that I am an individual and strong by myself. She has helped me process and move past my traumas. Because of her guidance, I am a 10x better version of myself."

"Her advice is sound as well as thought-provoking. I will continue to have contact with her on a regular basis to maintain good mental health because this is just as important as taking care of my physical health needs. I feel she can help me be a better person, accomplish more out of life, and reach higher levels of self-awareness."

Knowing who you are and what matters to you are important parts of not getting caught up in deindividuation. Therapy can help you avoid the dangers that come along with it. Take the first step today.

Previous Article
What Is Emotional Regulation
Next Article
Just-World Hypothesis
For Additional Help & Support With Your Concerns
Speak with a Licensed Therapist
The information on this page is not intended to be a substitution for diagnosis, treatment, or informed professional advice. You should not take any action or avoid taking any action without consulting with a qualified mental health professional. For more information, please read our terms of use.