Aichmophobia belongs to the "specific phobia" family and refers to the fear of sharp objects, such as pencil points, knives, hypodermic needles and syringes, and the corners or sharp edges of furniture and buildings. The term "aichmophobia" is comprised of the Greek words for "point" ("aichmē") and "Phobos" (fear). Aichmophobia also goes by the names "belonephobia" or "emetophobia." 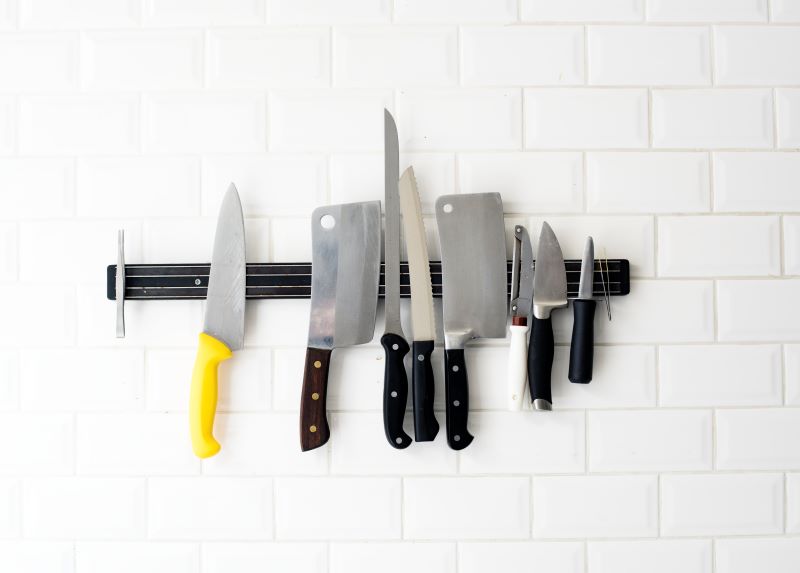 Having Trouble Finding Therapy That Fits Your Needs?
Online Therapy Is Personalized And Thorough

Often, the word "aichmophobia" is used to describe a phobia of needles in particular. In children, such a fear is called "trypanophobia," while aichmophobia is a term reserved for adults. Needle phobia pertains to the use of hypodermic needles in conjunction with medical procedures, such as surgery, dental work, or receiving a vaccine. Aichmophobia is often confused with the visual looming syndrome, which is a condition wherein the sufferer does not fear the sharp items themselves, but instead feels pain or distress at the sight of sharp objects that are lying close by.

If left untreated, aichmophobia can get worse as time goes on, ultimately disabling the person and preventing him or her from participating in normal activities for fear of coming into contact with a sharp object at some point. In extreme cases, sufferers may even faint at the sight of a sharp object, especially a needle. Fainting can be especially dangerous since it is usually accompanied by a dramatic rise in heart rate and blood pressure that have the potential to be life-threatening.

Aichmophobia affects between 3.5 and ten percent of the population, with the average age at the onset of the condition being 5.5 years old. Approximately 80 percent of those who suffer from the condition report immediate relative suffering from the very same thing.

There is no set cause of aichmophobia. Instead, someone suffering from the condition may have been subjected to a traumatic incident involving a sharp object, such as a painful medical procedure or accident involving such an object. He or she may have endured the incident first-hand or may have even simply witnessed the event, and that was all that it took to instill the fear. The person may also be genetically predisposed to developing the phobia, or he or she may have iatrophobia, which is a phobia (or extreme fear) of doctors.

Aichmophobia is one of the easier phobias to discern. If a person becomes severely frightened when presented with a sharp object, then he or she may have aichmophobia. Some of the immediate symptoms caused by aichmophobia include an automatic or uncontrolled response to extreme fear (such as fainting), rapid heartbeat, trembling, shortness of breath, and taking extreme lengths to avoid the situation. 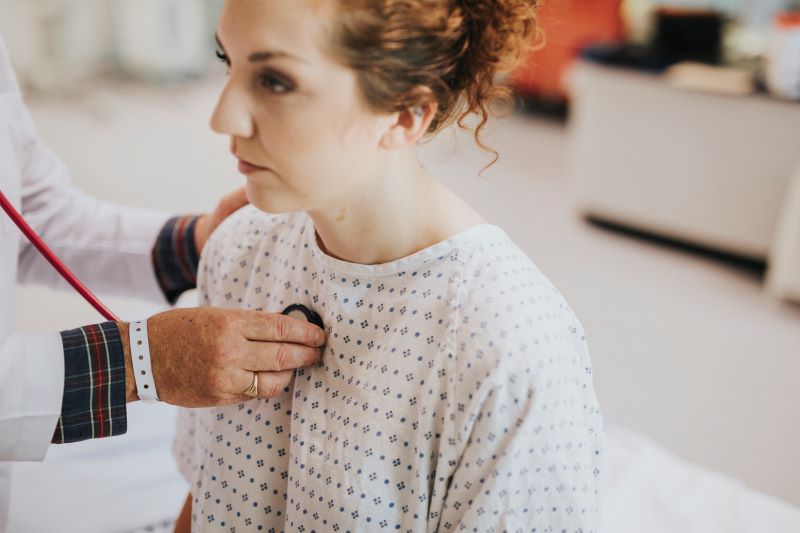 Someone who has aichmophobia essentially experiences a panic attack while in the presence of a sharp object. While adults and adolescents may understand what is going on and why they are reacting this way, this fear can be compounded in children who are not yet as tuned into their emotions. They may fear the doctor's needle or the sharp corner of the kitchen table, but they do not yet understand why they're afraid of it, which only scares them more.

Those with aichmophobia may do whatever is necessary to avoid needles whenever possible, but there are certain instances in life when a needle is simply unavoidable. Perhaps a child with aichmophobia needs a vaccination. Perhaps an adult with the condition needs to have blood drawn for a doctor to diagnose his or her illness properly. In these situations, how do those patients get their shots, or have their blood drawn? 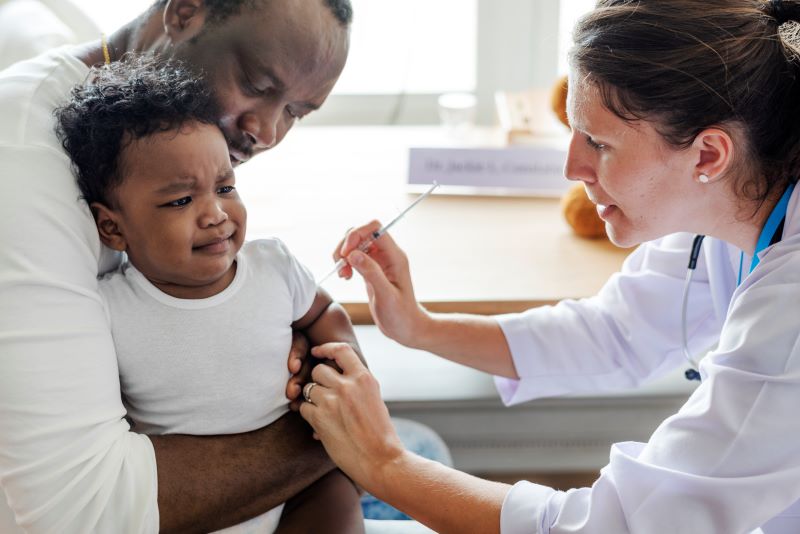 Having Trouble Finding Therapy That Fits Your Needs?
Online Therapy Is Personalized And Thorough

Sometimes, reducing the patient's fear boils down to something as simple as a sticker or design. In one study consisting of 60 random patients (approximately 40 percent children and 60 percent adult), the subjects were exposed to eight designs of winged (or butterfly) needles, and six designs of syringes.

The researchers found that the stress-reducing devices reduced needle phobia by nearly 70 percent, general fear by over 50 percent, and anxiety by over 50 percent. The patients' favorites of the designs included butterflies, flowers, smiley faces, and fish.

Further, there is a 3-step strategy that can be employed as a method of intervention for adults and children alike. The first step is called "recognition and relaxation." Here, patients are asked to rate their anxiety on a scale from 0 to 10, and the medical procedure that is about to be conducted is explained to the patient in explicit detail, to alleviate his or her fear about it.

If, however, the patient is suffering from an anxiety level of 3 or higher, it is recommended that therapy is employed before the procedure takes place, if possible. Suggested therapies, in addition to counseling, include cognitive behavioral therapy, relaxation, hypnosis, and distraction.

From here, we move on to step 2, which is defined as "control and preparation." Here, the patient is encouraged to take part in thinking of ways to optimize their ability to relieve their tension. The patient is permitted to choose the environment in which the procedure is to take place, as well as to pick a support person to be there with them, such as a parent or significant other. He or she is also encouraged to talk about any questions or concerns that may be prompted by the procedure.

Step 3 is perhaps the most difficult, and that is graded exposure. Graded exposure is only employed when the patient indicates that he or she is ready to proceed. The patient is exposed to stimuli such as toys, diagrams, and images that are used to illustrate the steps that will be taken during the medical procedure. The patient's reaction to these items is observed, particularly when exposed to medical items that graduate from alcohol wipes and cotton balls to syringes and needles.

In some cases, medications may be used to alleviate the patient's fears, such topical anesthetic creams, like Lidocaine, that numb the injection site so that the patient won't feel the needle puncturing the skin upon entry. Some patients may also benefit from drugs like Valium or Ativan, which take between 5 to 15 minutes to react and can calm the nerves of someone who is suffering from aichmophobia and is about to undergo a medical procedure.

Someone who has aichmophobia not only causes distress to those who suffer from it, but also to the patient's family and to the healthcare workers who are in charge of administering medical procedures, such as nurses, phlebotomists, and anesthetists. However, someone with aichmophobia can still undergo a necessary medical procedure without acting in an obstructive manner toward those who are trying to treat him or her.

What's scary about aichmophobia is that the person suffering from the condition may put off or outright avoid important procedures that could, at a minimum, improve his or her quality of life and, at a maximum, actually save his or her life.

For instance, someone who has aichmophobia may avoid having a minor procedure done wherein a cancerous tumor is excised from his or her skin (skin cancer). As a result, cancer can spread, and the condition can become fatal - all because the patient was unable to work up the courage to have the procedure.

This is why it is so important to treat aichmophobia as soon as there is suspicion of its affecting a person's everyday life. The best way to treat aichmophobia is to see a psychiatrist or mental health expert, who will first determine the catalyst for the patient to develop such a fear. From there, the therapist will discuss with the patient why the fear is irrational and will offer suggestions as to how the patient can make peace with the traumatic incident that inspired the phobia. The therapist will also offer the patient ways of coping with the fear.

Aichmophobia, however, is different from other phobias in that it may extend to more than the psychological insofar as its origin. There may be certain physical factors that come into play as well, such as the patient is hypersensitive to pain. Those with hypersensitivity may, understandably, suffer from extreme fear and panic upon being exposed to a sharp object, like a needle or the corner of a desk. Usually, hypersensitivity is treated with some form of anesthesia.

How Therapy Can Help

A therapist may also employ exposure therapy or cognitive behavioral therapy to treat the patient. For either of these treatments, the patient meets regularly with the therapist and gradually progresses in the confrontation of his or her fear while simultaneously learning to control the physical and mental reactions he or she has in response to the stimuli. In facing the fear head-on, the patient learns to tolerate it and ultimately realizes that what he or she was once afraid of was not a fear that was grounded in legitimate or imminent danger.

If you believe you have aichmophobia and you don't know how to cope with your fear, you may wish to consult with a medical professional in an attempt to get well. Our BetterHelp counselors are available 24/7 to help you cope with the distress and discomfort that typically come with such a condition. Do not let aichmophobia run your life and rob you of your ability to participate in normal activities.