What Did Margaret Floy Washburn Contribute To Psychology? 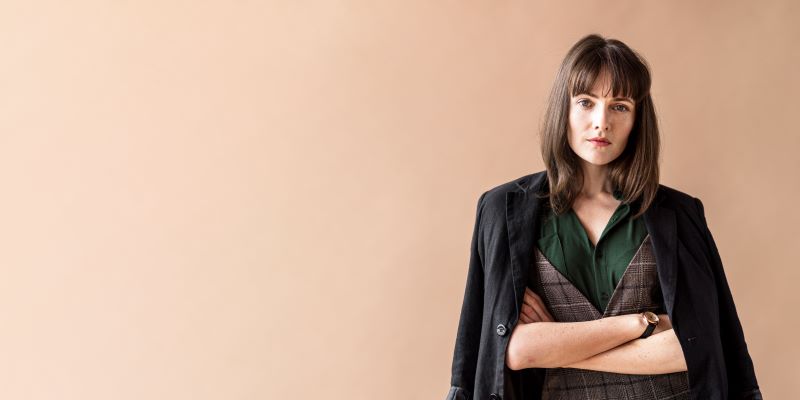 In the early days of psychology, there were few women in the field. Many were barred from entering the profession, or from earning a doctorate. Often, female psychologists’ own families did not support their efforts. Fortunately, Margaret Floy Washburn had support from her family and a few mentors that helped her to attain the education and training required to succeed in psychology. She became the first woman to earn her doctoral degree in American Psychology, and subsequently became one of the most influential psychologists of her time.

Margaret Floy Washburn was born on July 25, 1871, in New York City. She grew up an only child in Harlem with her parents, Francis Washburn and Elizabeth Floy. Her father was an Episcopal priest, and her mother came from a wealthy family. She had few friends her age, and spent much of her time reading or socializing with adults.

Given the many hours she spent reading on her own, she was able to excel when she went to private school, where she learned French and German. She began attending public school at the age of 11, and by 15, she had graduated from high school. She entered Vassar College as a preparatory student immediately after graduating.

As an undergraduate student, Washburn became interested in studying philosophy, poetry, and literature. She was also introduced to the new field of psychology. When she graduated college in 1891, Washburn wanted to study with James McKeen Cattell in his psychological laboratory, located at Columbia University. However, there was a problem-Columbia University had not previously admitted any female graduate students, so she could only attend under the status of an auditor.

Fortunately, Cattell treated Washburn like any other student and served as her mentor while she attended his lectures and worked in his lab. After a year at Columbia, Washburn was encouraged to enter into the University’s Sage School of Philosophy. Cattell informed her that she could obtain her doctorate there, which would not be possible for her at Columbia.

Washburn was accepted to the program on a scholarship. There, she studied psychology with E.B. Titchener, ultimately becoming his most famous graduate student. She conducted experiments on tactual perception, and after successful research, she was awarded a Master's Degree in absentia by Vassar College. She continued her research and eventually gave an oral presentation, becoming the first American woman to officially receive a doctorate degree in psychology.

After her graduation, Margaret was elected to join the newly formed American Psychological Association. E.B. Titchener also sent her dissertation research to Wilhelm Wundt, who translated the work and published it overseas. Margaret was then offered a job as the Chair of Psychology, Philosophy, and Ethics for Wells College, where he spent the next six years. She also worked at the Sage College at Cornell University. After two years there, she left for a new position at the University of Cincinnati, where she stayed for one year before returning to work at Vassar College.

At Vassar College, Margaret held the role of Associate Professor of Philosophy, in addition to being the head of the psychology department. She worked with many students as a professor and mentor, supervising and advising their research. During this time, she published 68 studies, which was the largest body of work from any American university at the time. Her students were quite fond of her, and many went on to have successful careers. 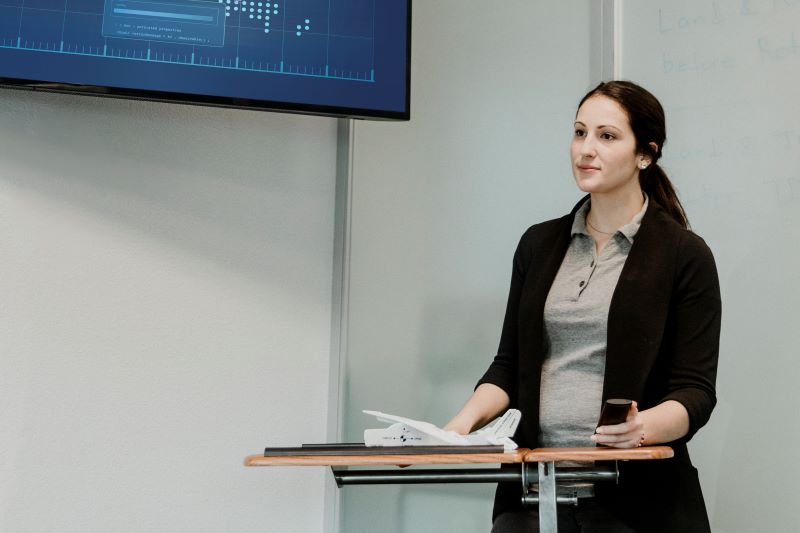 Margaret suffered a stroke in 1937; sadly, the physical effects she suffered required that she retire. Following her retirement, she was given the title of Emeritus Professor of Psychology. She never truly recovered from the effects of her stroke and died on October 29, 1939. She never married and had no children, having dedicated herself to her career and her parents. Her major legacy comes from her work and research.

During her lifetime, Washburn was an important figure in psychology. Through her scholarly research, she helped to develop the field as both a science and a profession. Washburn focused much of her research on animal behavior and cognition. She hoped to prove that mental events are just as legitimate and worthy of study as other behavioral events. This ran counter to popular views at the time, as many psychologists believed that mental states could not be observed and thus should not be scientifically investigated.

To support her line of research, Washburn gathered research from all over the world. She used French and German research on mental processes, studying ideas from various psychological schools of thought including behaviorism, structuralism, functionalism, and even Gestalt psychology. She considered but was skeptical about the views of Psychoanalytic and Psychodynamic psychology.

Through all her research, Washburn eventually came to believe that consciousness is due to certain motor discharges that could be excitatory or inhibitory. She wrote about this in her work, Movement, and Mental Imagery. Washburn's ideas also influenced more recent approaches to understanding cognition, known as the dynamics system approach from Thelen and Smith.

Washburn published approximately 127 articles over a span of 35 years. Her topics included memory, spatial perception, experimental aesthetics, animal psychology, individual differences, emotion, and affective experiences. Throughout her career, she served as editor for journals including the American Journal of Psychology, Psychological Review, Psychological Bulletin, Journal of Animal Behavior, and Journal of Comparative Psychology. In these roles, she evaluated and published the articles of others, bringing their findings to the broader field of psychology and the public. 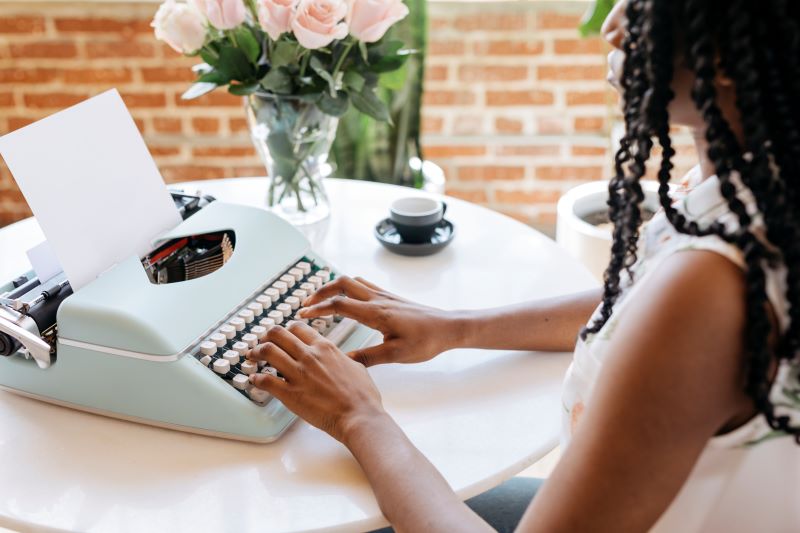 Washburn twice served as the Representative of Psychology for the Division of Psychology and Anthropology of National Research (from 1909 to 1910 and again from 1925 to 1928). She was the second woman to serve as the 30th president of the American Psychological Association (APA).

She was vice president and chairperson for the Psychology section of the American Association for the Advancement of Science, and also served on the International Committee of Psychology. She was the first female psychologist and only the second woman scientist overall to be elected to the National Academy of Sciences. She also served as the United States Delegate for the International Congress of Psychology located in Copenhagen in 1932.

The Legacy She Left Behind

Washburn did much for the field of psychology, including being a trailblazer for women in the field. Some of her works are considered highly influential, and helped create a legacy for her research.

One of these influential contributions was her book, The Animal Mind: A Textbook of Comparative Psychology. The book was a compilation of the experimental research she had done with animals. The book was used as the standard textbook for comparative psychology for the next 25 years.

Throughout her career, Washburn studied and considered others' research studies on many different animals aside from the typical rats. She studied various types of insects, clams, frogs, jellyfish, shellfish, sea anemones, and many different types of mammals. From this research, she considered all types of functions such as the senses, sensation, perception, and kinesthetic movement.

She also studied higher mental processes such as consciousness. Further, Washburn informed others how to interpret animal research and how to apply that to the understanding of human processes. She concluded that similarities in neuroanatomy meant there were similarities in capabilities for thinking and behaving. 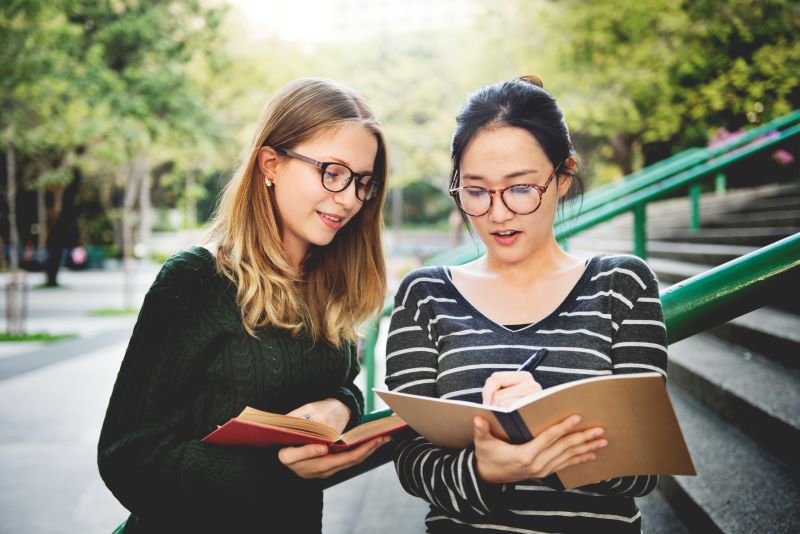 Another major contribution from Washburn was her attempt to link the structuralist and behaviorist traditions. Washburn developed her motor theory, which said that thought or consciousness could be seen in bodily movements. She believed that consciousness is the result of sensation and motion. With this theory, she was able to explain not only thinking and consciousness, but also the human ability to learn through association. She wrote several papers and books defining this theory.

Lessons To Be Learned

Despite some barriers at the time, Margaret Floy Washburn was able to excel in the field of psychology. She was able to do this with her passion about her studies and had people in her life that supported her goals. She was able to pass on the support she received by becoming a mentor to the student psychologists working in her laboratory. One lesson her life can teach us is that having supportive people around you is important.

If you do not have enough people or the right people in your life to support you, therapy may be a good option to get the support you need. Therapists can help clients work past any barriers they may be facing, offering resources and teaching skills that can be used to improve one's life. Most people can benefit from therapy to improve some area of their life.

If you struggle with mental health concerns, it becomes even more important to seek out the supportive help of a trained counselor. If you are uncertain about seeing a counselor in person, know that online therapy is a great alternative. For example, an article published in Frontiers in Psychology found that online social therapy helped reduce symptoms of stress in young people with mental health disorders. The study authors found that online therapy interventions helped provide emotional support for young people struggling with conditions such as depression and anxiety. According to the American Psychological Association, individuals who attend online therapy sessions are also more likely to see in-person treatment, thus strengthening their ability to manage their conditions.

As mentioned above, online therapy can be an effective alternative to traditional therapy. Online therapy is safe, secure, and confidential. There are many available lists of qualified therapists who are uniquely trained to address various concerns. It's flexible and convenient because you can communicate with your therapist through phone calls, messaging, and video conferences. You may find that it is easier to attend therapy sessions from the comfort of your own home than going to an office for face-to-face therapy.

Here are several reviews from individuals who have reached out to BetterHelp:

“Joshua has brought me an incredible amount of relief and comfort since we started working together. I was a little worried that a therapist wouldn’t be able to handle the amount of baggage I carry with me but Joshua is as patient, understanding, and helpful as anyone can be. I’m 100% confident that his help will only continue to help me grow mentally with the most positive outcome possible. Thank you, Joshua!”

“Laura has found a way to make teletherapy as comfortable as seeing a counselor in person. She handles technical issues with grace, and creates a warm, safe environment. She is person focused and makes you feel heard as an individual, rather than scrambling through notes to remember which virtual client you are. Laura can shift seamlessly from listening to offering advice or coping techniques. Laura draws on her life experiences to relate to clients and make you feel like a human rather than a problem to be solved. She is able to shift from serious conversations to light-hearted ones, helping keep the "heaviness" that often comes with processing trauma at a manageable level. Overall, Laura is easy to work with, is flexible with scheduling and makes me feel like my needs are addressed.”

Previous Article
What Is DSM And How Is It Used To Identify Disorders?
Next Article
Raymond Cattell And His Theory Of Personality
For Additional Help & Support With Your Concerns
Speak with a Licensed Therapist
The information on this page is not intended to be a substitution for diagnosis, treatment, or informed professional advice. You should not take any action or avoid taking any action without consulting with a qualified mental health professional. For more information, please read our terms of use.