Advice Home > PTSD > What You Might Not Know About PTSD: Psychosis And Paranoia

What You Might Not Know About PTSD: Psychosis And Paranoia

Please be advised, the below article might mention topics that include sensitive content such as trauma or domestic violence.

PTSD is a common behavioral health condition that can be debilitating and last for a long time if untreated. PTSD occurs in the aftermath of a traumatic event in which an individual either feared for their life or safety or that of someone else. Research has found a connection between PTSD and symptoms of psychosis, including paranoia, hallucinations, and delusions. But how often are these two conditions seen, and what is the best course of treatment?

In this article, we'll provide information about each of these conditions and explore the connection between the two, as well as what treatments may be effective.

Learn More About Psychosis And PTSD Are Connected
Talk with A Board-Certified Psychology Expert Online Today.

Post-traumatic stress disorder (PTSD) is a mental health condition caused by an intensely fearful situation, such as participating in active combat, being in a car accident, or surviving domestic violence. A diagnosis of PTSD requires a specific trigger that led to the development of certain related symptoms.

The core symptoms of PTSD include avoidance, intrusive memories, emotional reactivity or numbness, sleep disturbances, panic attacks, hypervigilance, and dissociation. These symptoms may also lead to chronic low mood states and negative thinking patterns. PTSD symptoms can range from mild to severe and can get in the way of the person’s ability to lead a normal and fulfilling life. These symptoms indicate that the brain's fear response system has become effectively "stuck" in the on position, perceiving threats from relatively harmless stimuli and firing false alarms.

While not everyone will develop PTSD in the aftermath of a trauma, it is a common condition that affects up to 14 million adults in America. We're still learning exactly what leads to certain people developing the condition and not others. It appears to be partially related to genetics and individual vulnerabilities in certain brain structures.

Hyperactivity in certain parts of the brain, especially the amygdala, may put a person at risk for developing PTSD in the aftermath of a trauma. Dopamine, usually considered a chemical promoting reward and motivation, may also play a role in promoting anxiety and recognizing fear. Dysregulation in this area needs further investigation to understand its role in PTSD and other mental health conditions.

PTSD was added to the Diagnostic and Statistical Manual of Mental Disorders (DSM) in 1980, though its symptoms had been recognized for decades before. Interestingly, while men are statistically more likely to have PTSD at some point in their lifetime than women, women are more likely to seek treatment.

For some people, psychotic disorders may occur secondary to PTSD symptoms. While the link between the two conditions is still being investigating, there is evidence of a connection.

Psychosis refers to a collection of symptoms that cause an individual to be disconnected from reality. Psychotic symptoms are grouped into two distinct categories: positive symptoms and negative symptoms. 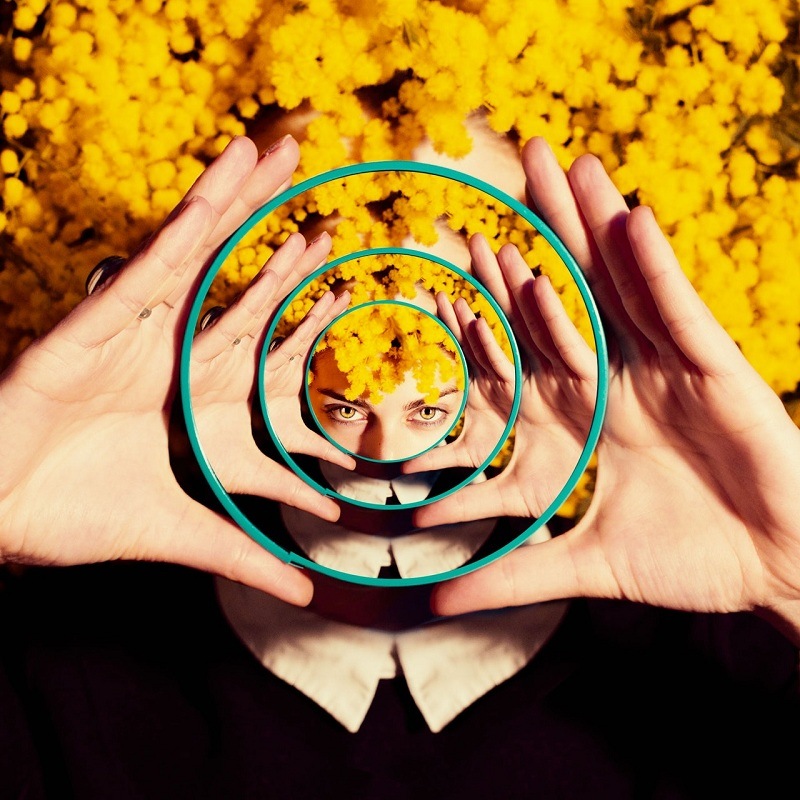 Positive symptoms are the addition of thoughts, behaviors, and mental states. The person may have the awareness that these symptoms represent things that are not real (referred to as "insight") or, in more severe cases, may not be able to differentiate between what is real and what isn't. Positive symptoms of psychosis include:

The Connection Between PTSD And Psychosis

Trauma could be a risk factor for both conditions, especially if the trauma occurred early in life. Childhood trauma has a strong connection with both PTSD and psychotic disorders.

Trauma can trigger an actual episode of psychosis or comparatively milder, transient psychotic symptoms. Symptoms may come and go and be related to the trauma in some fashion. Fear and anxiety are often reported to be direct triggers of positive psychotic symptoms.

Paranoia can cause an individual to lose trust in others and withdrawal socially, which can have a circular effect on symptoms of PTSD. Paranoia can make reaching out to others difficult. You may constantly overanalyze the motivations of other people and question whether they are telling you the truth. Paranoia can damage relationships and cause you to become isolated.

Perhaps the most common symptom of PTSD related to psychosis is hallucinations. You may feel like you see or hear things that aren't there, but that are related to the trauma. Hallucinations can be correlated with, but are distinct from, flashbacks. These are episodes in which you feel like you're reliving the trauma.

Dissociation can also be related to these types of experiences, where you perceive a disconnect between yourself and the world around you. 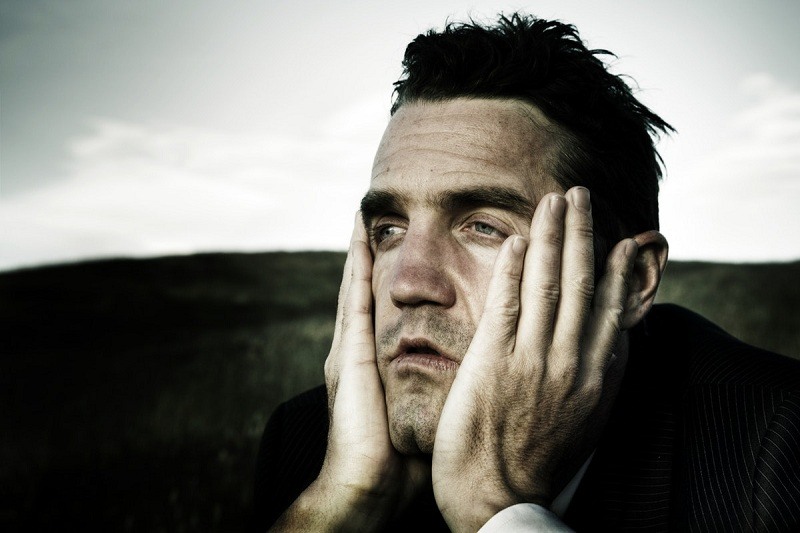 Learn More About Psychosis And PTSD Are Connected
Talk with A Board-Certified Psychology Expert Online Today.

Paranoia can become severe enough to become full-blown delusions. Delusions are usually related to the trauma in some fashion and can keep a person feeling as though they can't move on from the past. Delusions can be debilitating and difficult to let go of once they have become established.

Diagnosis by a qualified professional is essential to receiving proper treatment. A diagnosis will give you a clear picture of your condition and help you receive the best treatment.

How To Treat PTSD With Psychotic Symptoms

PTSD with comorbid psychosis may often indicate a certain level of severity. If the psychotic disorder is secondary to the PTSD, the latter is usually treated first. Seeking treatment is often the first hurdle to overcome at the start of recovery.

Preliminary research has shown that atypical antipsychotics may help alleviate symptoms of psychosis when comorbid with PTSD, but more investigation is needed to make a definitive statement on the effectiveness of this type of medication. Please consult with your doctor or primary care physician before considering any medication options.

The presence of psychotic symptoms with PTSD may also be associated with a higher risk of depression. Depression is commonly treated with selective serotonin reuptake inhibitors (SSRIs).

Both PTSD and psychotic disorders can persist for a long time on a chronic basis. Treatment can help you effectively manage these conditions.

The Role Of Therapy

Psychotherapy is considered the first-line approach for PTSD, including that with comorbid psychosis. Cognitive behavioral therapy (CBT) has so far been found to be the most effective form of therapy for PTSD. A meta-analysis of CBT for schizophrenic patients found it to be effective at managing symptoms of psychosis.

Various types of CBT have been used to help patients with PTSD treat their symptoms, with varying degrees of evidence to support their effectiveness.

Research shows that online counseling can be a powerful tool in reducing PTSD. This study, for example, found that online therapy is a useful option for people with PTSD and more efficient than face-to-face treatment. Web-based therapy can still maintain the important therapeutic relationship found in more traditional therapy treatment settings, which means you will still have the opportunity to develop a strong connection to your counselor.

Every person needs to feel comfortable with their therapist, but it is particularly important for those living with PTSD. BetterHelp will work to match you with a therapist who makes you feel safe and who you can trust. When you meet with an online counselor who specializes in trauma and recovery, you can be sure that you're in a secure space where you can speak your truth and begin to process what you've been through. The excellent counselors at BetterHelp aren't here to judge but rather to help you treat your scars and traumatic experiences. BetterHelp therapists will also let you go at your own pace. There's no timeline on healing from trauma, and your counselor understands this. You can take all the time in the world to sort through your concerns. Read below for some reviews of BetterHelp counselors.

"Jessica is amazing!! She is so understanding and empathetic. She has done a great job helping me work through my trauma while providing a safe environment that I feel comfortable in. I would recommend her to anybody and everybody!” 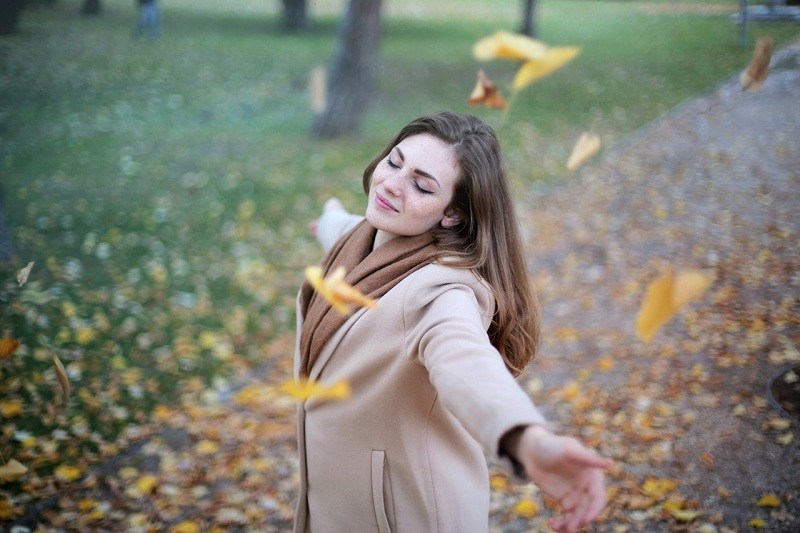 Another type of therapy that is gaining attention for treating PTSD, among other conditions, is Eye Movement Desensitization and Reprocessing (EMDR). EMDR involves processing traumatic memories while performing certain eye-movement exercises that encourage positive brain stimulation. Once controversial, promising research has shown EMDR to be effective in improving the symptoms of PTSD.

BetterHelp can connect you with a therapist that will help you determine the best type of therapy to treat your particular condition. BetterHelp's professional online therapy is available whenever you need support to help guide you through the process of moving forward. A therapist can be your partner in navigating the journey to have a more fulfilling life.

How To Cope With PTSD Images And Flashbacks
You Don't Have To Face Post Traumatic Stress Disorder Alone.
Speak With A Licensed PTSD Counselor Today

What You Should Know About Each Type Of PTSD Do I Have Post Traumatic Stress Disorder? A PTSD Questionnaire How To Treat PTSD And Regain Your Mental Well-Being Identifying PTSD Symptoms In Women PTSD Hotline: When And How To Use Hotlines For PTSD Minus 38 Is It A PTSD Attack? Knowing The Signs And Symptoms
The information on this page is not intended to be a substitution for diagnosis, treatment, or informed professional advice. You should not take any action or avoid taking any action without consulting with a qualified mental health professional. For more information, please read our terms of use.
Your session is about to expire!