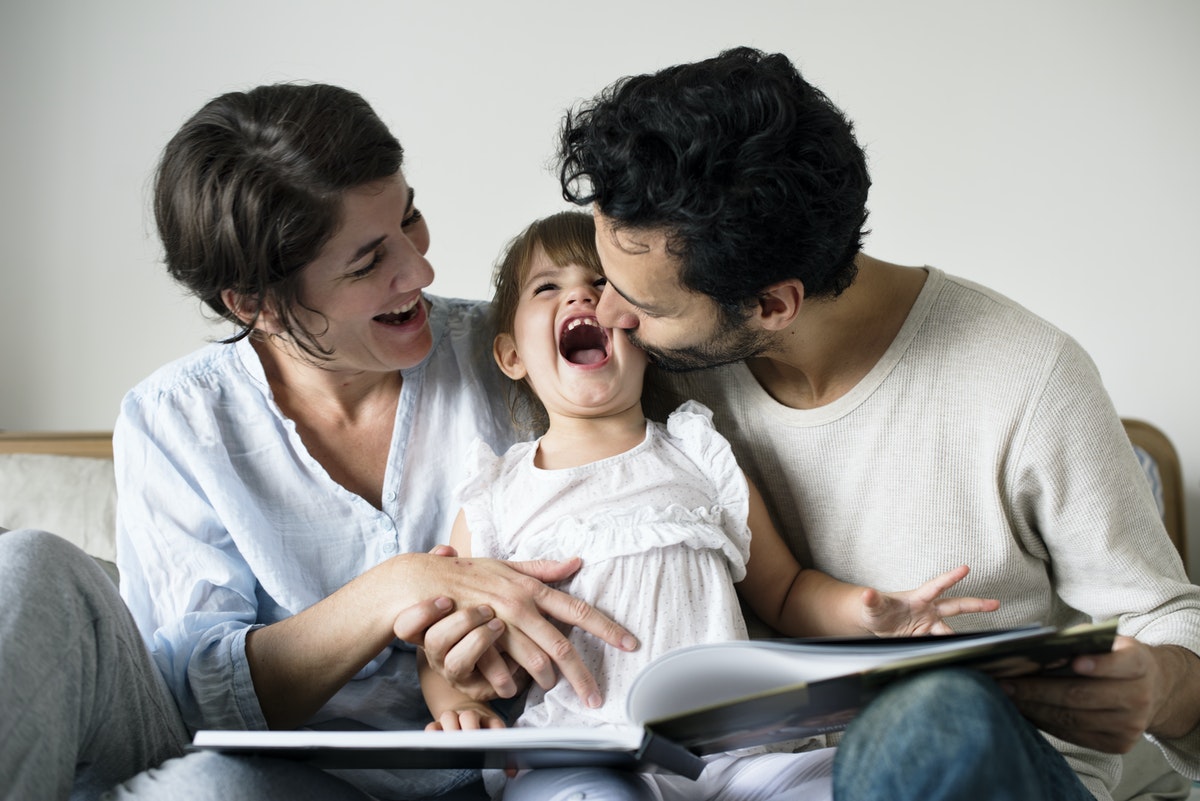 If you think about the many relationships that you have in your life and their importance to your happiness and well-being, you can start to gain a greater understanding of how much our attachments and attachment types influence our lives. Healthy attachment is essential for human development and creating meaningful relationships. For those who live with attachment disorders, creating healthy and secure attachments can be a challenge. Read on to learn more about these disorders and how therapy can help.

According to Psychology Today, attachment based psychotherapy is a process-oriented form of therapy that focuses on rebuilding trust and a supportive relationship between a child and their caregivers.

When infants do not have attachment security with their caregivers early in life, it can affect their attachment and connections to others later on. A strong early attachment is necessary to build a supportive foundation and develop meaningful connections in adulthood. A person with negative or inadequate early attachment experiences will have a much harder time expressing emotions healthily or having a secure relationship with romantic partners. Healthy attachment is essential for human development and physical relationships.

Attachment focused therapy typically takes the form of family therapy, but can also be offered as individual psychotherapy for adults struggling with attachment issues. Attachment based family therapy focuses on repairing the family relationship and will help the family figure out why a supportive attachment did not form. To do this, the therapist helps the client (typically an adolescent) both through individual sessions and family sessions. They help the client overcome the obstacles that came from the insecure or negative early attachment experiences and helps the family process what happened during that period and rebuild their connection to create better attachment security. If successful, the client and family develop better communication, express their emotions more freely, and learns to create more meaningful connections.

What Are Attachment Disorders?

Attachment disorders are psychiatric illnesses that develop in very young children as characterized by their inability or difficulty in emotionally attaching to others. The illness is nearly always due to infant or toddler severe neglect or abuse.

Children who lacked early primary caregivers such as those who lived in orphanages, residential centers, or those who had multiple foster care placements, especially where care was abusive or neglectful, often develop attachment disorders. Children who've experienced multiple traumatic losses may also develop attachment-based disorders and could potentially benefit from attachment-based therapy, but, again, more research is needed.

According to the American Academy of Child and Adolescent Psychiatry, symptoms of attachment-based disorders may appear within the first year of life and may persist or exacerbate as the child gets older. Symptoms include:

What Is Reactive Based Attachment Disorder? 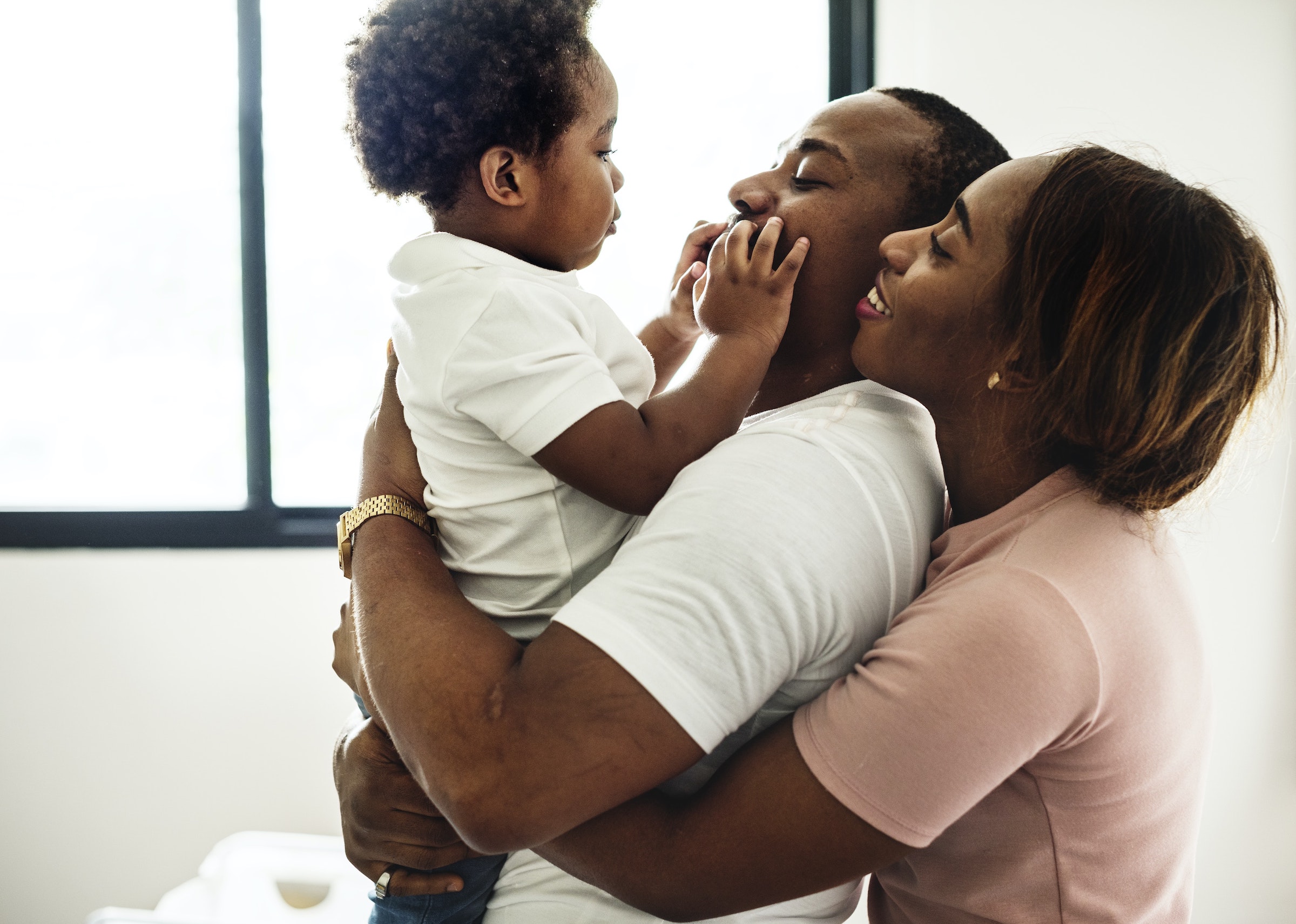 Reactive Attachment Disorder (RAD) is a brain disorder that develops when children have had negative experiences with adults during their early years, and their natural inclination is to disassociate with them. Children living with RAD don't naturally seek out a loving adult when they're stressed, upset, or feeling unregulated. This disorder is based on a child having little or no emotions when they interact with other children, their parents, or other adults. Children living with RAD experience intermittent and unusually strong emotions of unhappiness, irritability, depression, and fear without having the ability to comfort themselves. Chronic symptoms of severe emotional irregularity combined with a history of trauma indicate a diagnosis of RAD. Reactive attachment disorder in adults can carry over from RAD in childhood.

A child who is overly friendly with strangers is indicative of Disinhibited Social Engagement Disorder. Such children aren't afraid of meeting people for the first time. They may walk up to them, talk to them, or even hug them. Very young children may be comfortable allowing strange adults to hold them and talk with them, feed them, and play with them.

When these children are put in a situation with strangers, they don't check with their parents or caregivers for assurance and are often willing to go away with someone they don't know at all. This disorder can also be treated by attachment-based therapy, but again, the practices require more research.

In their efforts to heal children from early trauma and attachment disorders, a handful of therapists devised and practiced holding therapy or rebirthing therapies as mentioned above. This was part of early methods of attachment-based therapy.

The premise behind holding therapy was that the way to heal children who weren't able to bond and attach to their parents or primary caregivers was for the caregiver to hold the child tightly so that they'd eventually become comfortable with the sense of touch and hugs.

Along the same lines, therapists developed "rebirthing" strategies based on concepts that were intended to simulate the process of being reborn. The concept was for the child to essentially go back in time and re-experience the feelings of warmth, care, and closeness that they should have received as infants and toddlers.

Reactive Attachment Disorder and Disinhibited Social Engagement Disorder are serious clinical conditions, and their treatments are not yet well-researched.

What we do know is that individuals who are seeking effective treatment for these disorders need to request a comprehensive psychiatric assessment and individualized treatment plan for attachment-based therapy treatment by a qualified mental health professional.

There are currently no evidence-based therapies for attachment-based disorders because researchers haven't yet had the time or funding for repeat studies or longitudinal studies. Based on information from the California Evidence-Based Clearing House for Child Welfare, the best we have at this time is two programs with a Scientific Rating of 3, which means they are categorized as Promising Research Evidence. Those programs are Child-Parent Relationship Therapy and Dyadic Developmental Psychotherapy (DDP). Let's take a closer look at each one of them. Child-Parent Relationship Therapy (CPRT) is an attachment-based therapy that works best for children aged 3-8 who live with behavioral, social, and attachment disorders. This treatment is play-therapy based and is a systemic intervention that is based on attachment principles, Child-Centered Play Therapy (CCPT), and interpersonal neurobiology.

The central idea behind CPRT is that it's essential for a child's well-being to have a secure relationship with a primary caregiver. This is a two-part attachment-based therapy treatment through which children can learn to count on their parents to meet their basic life needs of love, acceptance, safety, security, food, and shelter. At the same time, parents learn skills that help them respond to their children in ways that establish or enhance feelings of secure attachment with their children. With this form of attachment-based therapy, parents learn how to respond to the child's needs as opposed to reacting to a child's symptoms. The goals of the attachment-based therapy treatment are to:

Dyadic Developmental Psychotherapy is an attachment-based therapy with a target population of families with children or adolescents aged 5-17. Children who live with attachment disorders and trauma who meet the DSM-V criteria for Reactive Attachment Disorder, trauma-related diagnoses, and those who meet the clinical criteria for Complex Trauma, which is also known as Developmental Trauma Disorder, are typically good candidates for DDP based treatment.

DDP is a type of attachment-based therapy that was designed to treat children who experienced neglect, abuse, and multiple home or foster care placements. The concept is that when a child's early experiences of attachment to their primary caregivers are abusive, neglectful, or inconsistent, they don't have the opportunity to experience the reciprocal, dyadic relationship that is necessary for healthy development. The benefit of a foster or adoptive home with healthy parenting styles may help a child to overcome past abusive or neglectful relationships by encouraging them to trust and engage with the new caregiver. The most traumatized children have greater difficulty in bonding with their new parents, and DDP can enhance their ability to accept being parented.

DDP is grounded in a foundation of playfulness, acceptance, curiosity, and empathy. DDP practices never involve coercion, threat, intimidation, or the use of power to force a child into submission and are instead based on healthy practices.

The goals of DDP for children include:

The goals of DDP for parents or primary caregivers are:

In the quest to heal children from issues related to trauma and attachment, new attachment-based therapy methodologies have been emerging over the last decade. Evidence-based practices are emerging as trust-based, relationship-centered interventions which have not proven to be dangerous or harmful to children.

How To Find An AttachmentBased Therapist

What Are The Four Attachment Styles?

What Is The Best Therapy For Attachment Disorders?

What Is The Attachment Cycle?

What Are The Signs Of Attachment Disorder In Adults?

Some of the main signs of attachment disorder in adults are: difficulty reading emotions, resistance to affection, lack of showing emotion, low trust levels, difficulty maintaining relationships, emotional issues, and impulsivity. There are mental health therapy options available to those with attachment disorders, and family members or individuals living with this type of issue should seek out personal or emotional based family therapy ABFT for a possible solution. Therapy training can help a person establish a secure attachment style in a parent-child relationship, couple relationship, or friendly relationship.

The main signs of insecure attachment can be depressed adolescents or the development of mental health challenges. Anxiety and frequent outbursts are also common, as are general erratic behaviors. This typically stems from a difficulty with or inability to see and understand the world or accurately process relationships around them. An insecure child relationship may exhibit more of these signs whereas an insecure adult relationship may have signs such as low trust levels, emotional issues, and a general lack of ability to maintain relationships. Find individuals or emotion-based family therapy ABFT to help improve mental health and a person’s attachment style. You may also consider attending an ABFT training program that can help a person develop key skills that can be used to establish and maintain healthier relationships.

What Are The Symptoms Of Attachment Disorder?

For children, the symptoms of attachment disorder are often: bullying or hurting others, failure to smile, intense bursts of anger, lack of eye contact, lack of fear of strangers, lack of affection, clinginess, and more. These symptoms often manifest in adults as a general inability to maintain a relationship or as serious emotional outbursts. They can also cause severe depression and anxiety, but there is therapy for depressed individuals that can help. Consider attending emotional based family therapy ABFT or personal therapy to learn more about attachment disorder and solve any problems this may be causing. During emotional based family therapy, there are a number of required fields and forms you will likely be asked to fill out that will give a therapist an indication as to the specific type of attachment disorder that may be present.

How Do You Fix Attachment Issues?