A History Of Domestic Violence: How Much Have Things Changed? 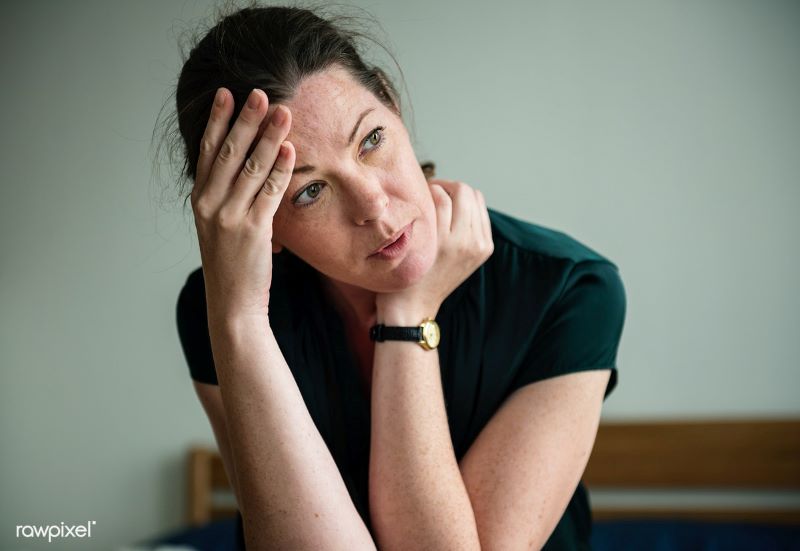 Content Warning: The following article discusses domestic violence in several contexts, including descriptions of violent acts toward women and children. If you have experienced or witnessed domestic violence and need help, the National Domestic Violence Hotline (1-800-799-7233) is available 24 hours a day.

Domestic violence is not a new phenomenon. Unfortunately, violence within families and households, especially directed toward women and children, has existed since the beginning of recorded history. Still more troubling is the fact that laws throughout history have often ignored, or even supported, this kind of violence.

Domestic violence, also called intimate partner violence, “involves the physical, sexual, financial, and emotional abuse of one person by another in order to intimidate, humiliate or frighten” and thereby maintain power and control. In modern times, we have become far less tolerant of domestic violence, in our laws as well as in our attitudes. However, as a society, we are still burdened by hundreds of years of negative precedence. Some cultural and belief systems in contemporary American culture still harbor troubling attitudes about family relations and domestic violence. Even more alarming are the statistics. The National Coalition Against Domestic Violence reports that 1 in 3 women and 1 in 4 men have been the victims of violence from an intimate partner in their lifetime.

We have seen many social and cultural changes throughout history. Is it possible that these advancements have left the pervasive problem of domestic violence behind? How much has truly changed over the centuries? The following article will explore the historical timeline of domestic violence. We will see what has changed and then discuss ways to seek help if you or someone you love is experiencing domestic violence.

The oldest written law that we have in existence is the Code of Hammurabi, a collection of 282 rules that the ancient king Hammurabi used to govern Babylon during the years 1792 to 1750 B.C.E. 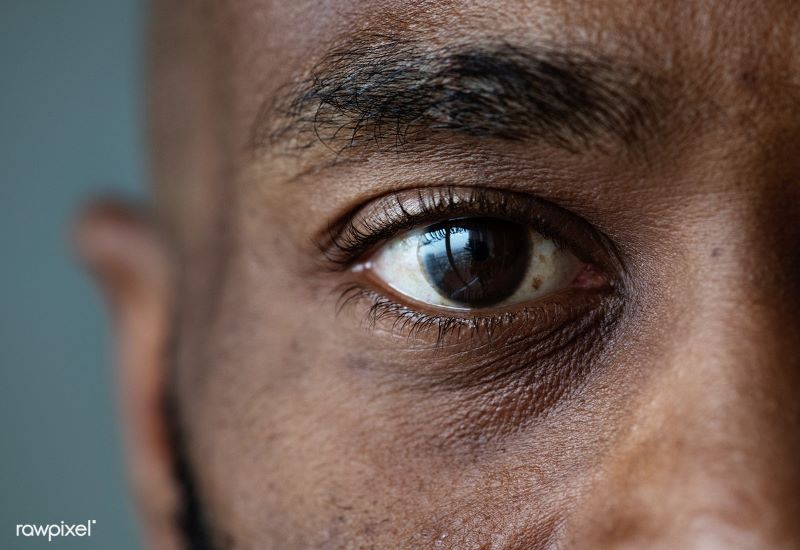 The focus of most of Hammurabi’s laws was retribution, phrased in a series of if/then statements. ("If someone does this…then that may happen to him.") The punishments in Hammurabi's Code were harsh and violent, often out of proportion to the crime. For example, if you came to help a neighbor put out a fire and looked with envy at his property, the property owner had the right to throw you into that fire as a punishment. A slave's ear could be cut off for asserting any independence from his master, and nearly every misdeed, from making a false accusation to committing incest, was punishable by death. The well-known expression "an eye for an eye" comes directly from the retributive brutality of this law code—which meant that any injury, such as the loss of an eye, was to be compensated by an equal penalty.

Under this code, women and children were regarded as property. They had no rights under the law, and in fact, some of the laws in Hammurabi's Code explicitly mandated that men use violence against their wives and children in certain situations. If a woman was caught committing adultery, her husband was allowed to tie her up and drown her. A wife could also legally be drowned if she left her husband without being able to prove his cruelty to her. And if a son struck his father, his hands could be cut off.

What we know of Hammurabi's Code shows that domestic violence wasn't just allowed in ancient civilizations but encouraged in the name of patriarchal dominance. This attitude was the result of proprietorial attitudes towards women and children, as well as the acceptance of violence as a way of life and law.

The ancient Romans are remembered for the Pax Romana (“Roman Peace”), a period of sustained stability and growth in civilization, approximately 27 B.C.E to 180 C.E. However, the Roman Empire maintained its authority through a regime of violence. Those at the top often abused their power and tyrannized over those beneath them.

According to the Roman code of law, a man was, as “pater familias” (“father of the family”), the unquestioned head of his household. The power given to Roman men over their wives and children was supreme and absolute. They were allowed to sell their family members into slavery, abuse them, or kill them. Wives could be beaten or disowned if they offended their husbands in any way. Roman law stated that husbands could kill their wives not only for adultery, but even for walking around outside with insufficiently modest clothing. Only the male head of the household could decide whether a newborn baby would be raised and cared for as part of the family or abandoned to die.

Although in some ways more civilized than Hammurabi’s Code, the laws of the Roman Empire codified the same violent and proprietorial attitudes towards women and children, making domestic violence a simple and a legal fact of life.

In the year 313 C.E., the Edict of Milan gave Christianity legal status in the Roman Empire, and in 380 C.E., it became the official religion of Rome. 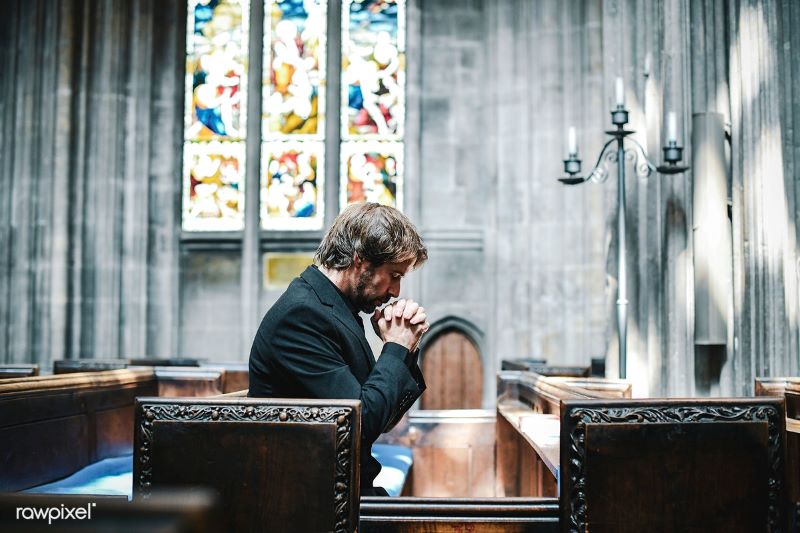 Rome completely shifted from the full-scale persecution of Christians to become the birthplace of Christianity as it is known today.

These changes primarily occurred under the reign of Emperor Constantine, who converted to Christianity in 312 C.E. Unfortunately, the culture of the early Christians in many ways simply mirrored the violence and intrigue of those around them. Constantine himself violently persecuted non-believers and heretics and even had his wife and son put to death for plotting against him.

The rise of Christianity is a critical point in history because its dominance in Western cultures codified principles that remain widespread within legal codes today, though of course these principles are shared by many faith traditions. As Christianity spread throughout Europe, so did Biblical principles that bound wives even more closely to their husbands.

In the 15th century, the Catholic Church established its "Rules of Marriage," which proclaimed a husband was judge over his wife and recommended beating her as an accepted form of discipline that would benefit her soul. These beliefs about the spiritual benefits of wife beating became an established part of culture and law throughout the Christian world at the time, and the subjugation of women, both within and outside of faith traditions, has persisted for centuries.

The Puritans, early colonists who settled in North America in the 17th century, had fled Europe in search of religious freedom, but they ended up basing much of the colonial legal system upon England’s. The Puritans depended on tight social order, rooted in Christian religious beliefs, to keep them safe and secure. For this reason, anyone who disobeyed the strict social rules was subject to brutal punishment, which the Puritans believed was the only way to ensure that God would not forsake them.

Part of this social order was an ironclad family structure. Based on the social mores of medieval England, women and children were not acknowledged in Puritan legal systems. Only white male property owners were considered to have any rights under the law. Under the Puritan legal system, excessive violence was forbidden, but men were still allowed to physically punish their wives and children… as long as the violence did not become so extreme that the neighbors were disturbed.

This provision did not offer much recourse to women in abusive living situations. If a man's abuse attracted the attention of others, he would simply continue the abuse in a less obvious manner. Wives had no rights under the law to leave home or seek a divorce and had no means at their disposal to prevent future abuse. The Puritans strictly adhered to their interpretation of Biblical commands about a wife's responsibility to obey and submit to her husband.

"A Relic Of Barbarism"

In succeeding centuries, family life in the United States rested on an insular unit in which a man exerted complete control over his wife, his children, and any enslaved people included in his household. His manner of maintaining authority was considered a private family matter. If it included violence, both society and the law looked the other way.

However, the culture had begun to change. Throughout the 19th century, movements for the abolition of slavery and the expansion of suffrage, or voting rights, took hold and grew in popularity. Milestones such as the Seneca Falls Convention for women’s rights in 1848 and the Emancipation Proclamation enacted in 1863 indicated that American society had begun to think of women and people of color as individuals with rights, rather than as the property of white men.

A major turning point in perceptions towards domestic violence occurred in 1871, when the State of Alabama charged a formerly enslaved man named George Fulgham with assault of his wife. In a monumental decision, the Court ruled that "a married woman is as much under the protection of the law as any other member of the community" and that the idea that a man had the right to chastise his wife in this way was "a relic of barbarism." Although it took time for other states and courts to follow, this case was the beginning of a nationwide movement against domestic violence.

Domestic violence is no longer legal in the United States, nor in many other nations around the world. Federal passage of the Violence Against Women Act in 1994 provided significant funds for investigation and prosecution of violent crimes against women, stepped up requirements for restitution to survivors, and made civil litigation possible where criminal justice fell short. But now, especially since the Violence Against Women Act was allowed to expire in 2019, how much have things truly changed?

Although governments no longer encourage men to beat their wives to exert authority, troubling attitudes toward domestic violence remain. Violence against women and dependents—whether through physical abuse, emotional manipulation, or other forms of abusive control—is still too often viewed as a way for men to show their strength. 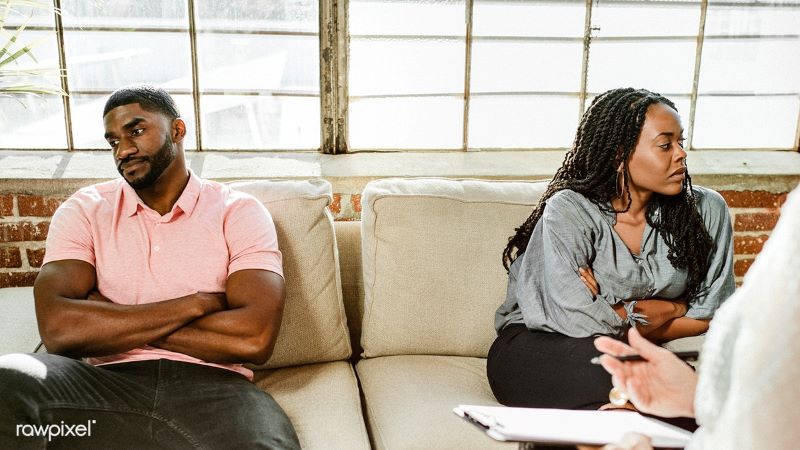 People living in abusive situations often feel that they have no recourse. They may not have the financial means to leave an abuser, or they may feel pressure from society and culture to preserve the family unit at any cost. Some conservative religious organizations, in preserving the relics of earlier Puritan beliefs, may still counsel women in abusive marriages to stay with their husbands, even when lives are in danger. And unfortunately, some law enforcement officials still decline to intervene in situations of domestic violence because they see it as a private family matter.

Online therapy is both confidential and flexible, so you can schedule sessions with a compassionate mental health professional when you have privacy and quiet. You can also choose to connect via video chat, phone call, or text messaging, so no one else has to know about any support you choose to pursue. You deserve to feel safe and heard. If you are experiencing a living situation that feels unsafe or abusive, an online therapist through BetterHelp may provide you with the guidance and encouragement you need to make a positive change. Here are some reviews of BetterHelp counselors from users who needed help with difficult living situations.

Kristy makes me feel like the most important person in the world. She will rearrange her schedule when she can to make sure I get absolutely everything I need when I need it. I always feel as though all the weight I’ve been carrying has been lifted after talking with her.

Julie connects with you with her warm, kind and friendly energy. She is flexible and understanding. She built that trusting relationship with me. Then, with skilled expertise and gentleness she has been helping me to grow to be Better person and to face painful parts that I could not deal with until now. She is a gem! I’m lucky to have found her.

How Do I Sign Up For Domestic Violence Classes?