Does Therapy For PTSD Work?

Post-traumatic stress disorder is a severe anxiety disorder. While many people associate PTSD with combat veterans, it's also common among everyday people. PTSD isn't a curable disorder. The good news is, with the right therapy, PTSD can be successfully treated. 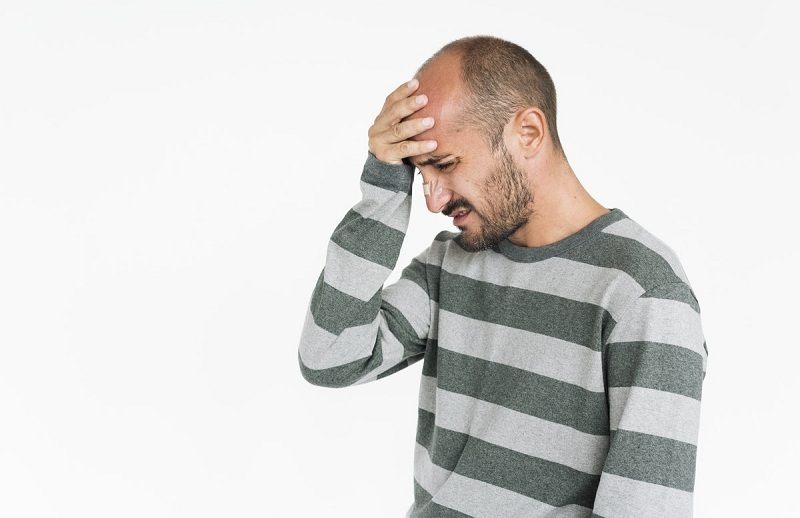 Unlike other types of mental health disorders, the signs, symptoms, and risk factors for PTSD are quite distinct. A professional clinician will be able to recognize the symptoms of PTSD and be able to make a definitive diagnosis. There are several types of useful therapies for PTSD that are evidence-based. In the majority of cases, people living with PTSD find relief from the disorder after getting the right treatment for the right length of time.

Sidran Institute is a traumatic stress education and advocacy group that provides many valuable and somewhat surprising statistics on PTSD:

Improper diagnoses and undertreatment cause afflicted people to seek repeat care, which hurts healthcare costs for PTSD. The Sidran Institute has also done studies on the treatment costs associated with PTSD. Here's what they found:

The American Psychological Association (APA) reports that about half of all individuals that are receiving treatments for addiction also live with PTSD.

How Do I Know If I Have PTSD? What Are The Risk Factors?

The best way to determine if you have PTSD is to schedule an appointment with a doctor, psychologist, counselor, or therapist who can provide you with a proper diagnosis. While only a licensed clinician can diagnose you with PTSD, there numerous risk factors that may lead to a diagnosis of PTSD.

Anyone who has been a victim of a violent act or who has witnessed a violent act are at risk of getting PTSD. People who have been repeatedly exposed to life-threatening situations are also at risk of acquiring PTSD. Victims may have experienced traumatic events such as physical violence, rape, sexual assault or abuse, domestic violence, mugging, school shootings, and physical or verbal abuse.

Major catastrophic events can occur unexpectedly in our everyday lives. Car accidents and car fires, plane crashes and terrorist strikes, and industrial accidents place all survivors at risk of PTSD. Also, natural disasters such as tornadoes, earthquakes, forest fires, and flooding cause commotion and loss of life and property which can lead to PTSD. 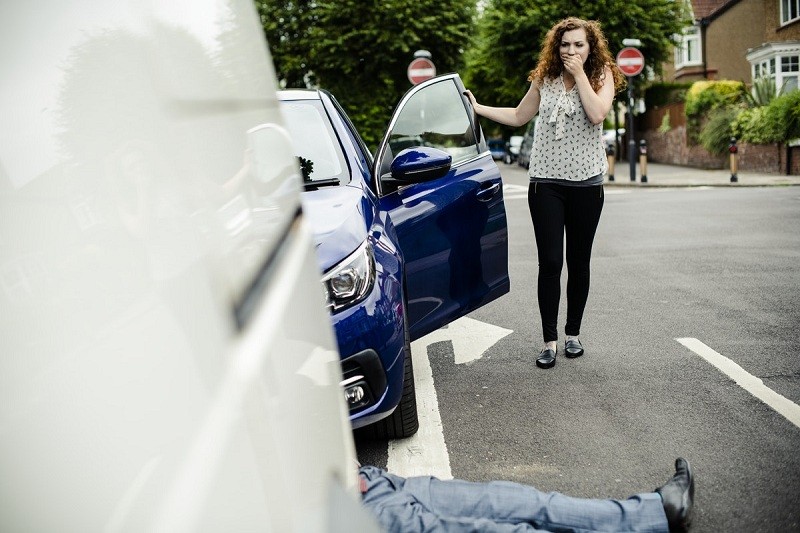 The U.S. Department of Veterans Affairs tells us that between 10%-31% of veterans returned from war with PTSD, depending on which war they served in. A new study that was published in the Clinical Psychological Science journal tells us that soldiers who enlist in the armed forces before the age of 25 are seven times more likely to get PTSD.

The first responder such as police officers, firefighters, paramedics, 911 dispatchers, and EMTs are all at risk of getting job-related PTSD. Firefighters have a 20% rate of getting PTSD according to an International Association of Firefighters (IAFF) study.

PTSD also affects many people who have been given a diagnosis of a life-threatening illness and those who are undergoing invasive or lengthy medical treatments or procedures. The unexpected sudden death of a close friend or relative can also cause someone to be affected by PTSD.

What Things Are You Experiencing That Make You Think You Have PTSD?

PTSD is common enough that most people have a general idea of what it is, especially as it pertains to our nation's veterans. Having just a little bit of knowledge can make it even more confusing to understand if how you're feeling is in any way related to PTSD. While only a properly licensed clinician can give someone a correct diagnosis of PTSD, the following information will help you to understand how clinicians arrive at a diagnosis of PTSD.

Clinicians begin with three categories, or "clusters" of PTSD symptoms. The clusters include:

Another symptom that may not be clear until a clinician has made a diagnosis of PTSD has low-self-esteem, feeling disconnected from their lives, or having relationship problems. These issues by themselves may be indicative of some other mental health disorder. When combined with the clustered symptoms, they become added symptoms of PTSD.

Mental health is a complicated field because many symptoms overlap. Other psychological symptoms that may be related to PTSD are depression, anxiety, and panic disorder. 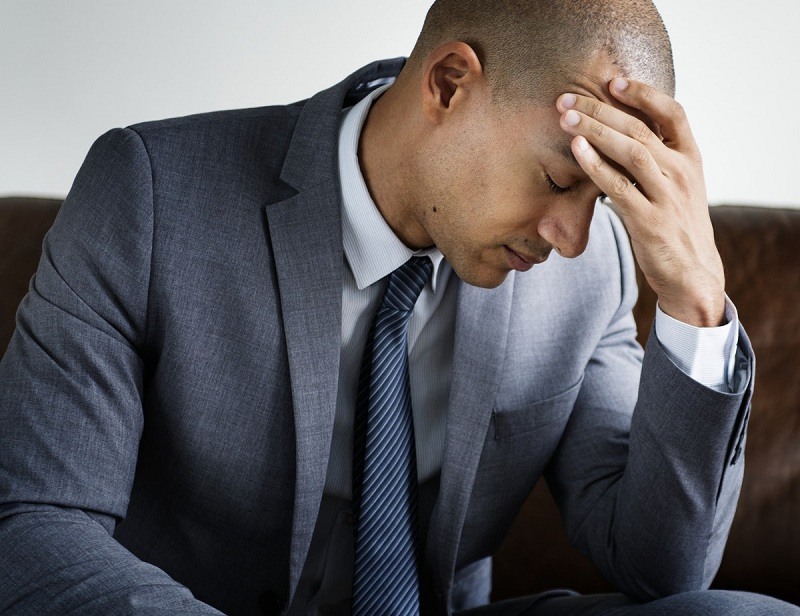 Lacking proper treatment or other options to alleviate their pain and discomfort, people living with undiagnosed PTSD may engage in self-destructive behavior such as alcohol or drug abuse or experience suicidal tendencies.

Of the nearly 70% of adults who have experienced a traumatic event during their lifetimes, only 20% develop PTSD. Among those who do go on to develop PTSD, the symptoms usually surface within the first few weeks after the trauma. In rarer cases, some individuals will experience symptoms months or years later.

PTSD And Its Relation To Addiction

People who live with PTSD often turn to drugs or alcohol as a means for dealing with their symptoms. When this happens, the body works against itself as the brain views substances as a reward.

Stress increases the levels of a neurotransmitter called GABA which creates sort of a natural tranquilizer within the brain. Drugs and alcohol can also stimulate GABA, which puts people in a happier state of mind. However, there's a downside. After prolonged drug or alcohol use, the neurotransmitters are not as easily affected, and the brain asks for more, which creates the cycle of addiction. As the effects of drugs or alcohol diminish, the effects of PTSD worsen. Most clinicians favor treating addiction and PTSD simultaneously.

Does Therapy For PTSD Work?

Eye-movement desensitizing response (EMDR) is a therapy where repetitive eye movements that mirror REM sleep work in tandem with a clinician that guides the patient to transform harmful thoughts into thoughts that make them feel in control and powerful.

Seeking Safety is a therapy that helps patients feel safe in their thinking, behavior, relationships, and emotions.

Prolonged Exposure Therapy (PET) is a therapy that helps the brains of individuals living with PTSD to disassociate the connection between trauma triggers (sights, sounds, smells, tastes, feelings) and the traumatic event. 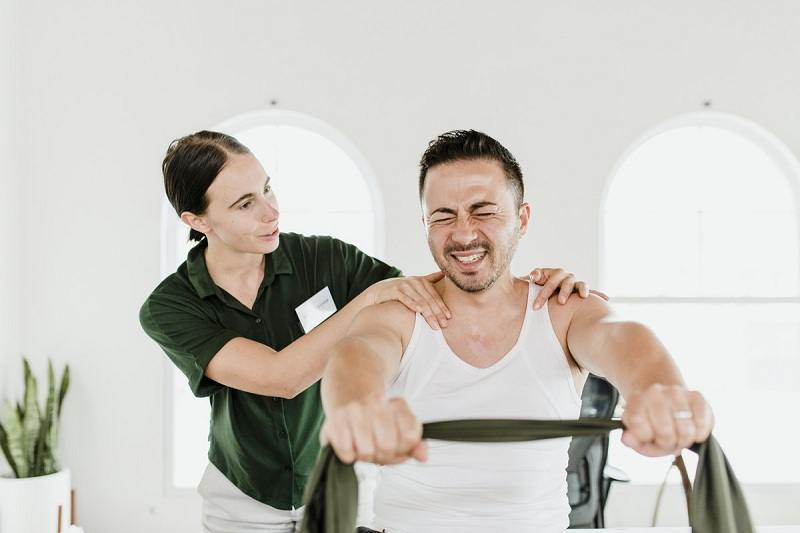 Stress Inoculation Training is a type of therapy where the therapist uses exercises to help patients learn to recognize their triggers and then employ coping skills to manage the feelings that surface.

How Do I Find Therapy For PTSD?

The fastest and easiest way to find therapy for PTSD is to contact BetterHelp and ask for a clinician that specializes in PTSD. If you're under the care of a doctor, you can ask for a referral to a psychologist. Veterans will find therapists and many other helpful supports and services through their local Veteran's Administration. Your local mental health agency is another good way to find qualified therapists in your area.

If you're not sure if you have PTSD, it's best to reach out for help right away. There's nothing to lose, and you have much to gain. Treatment for PTSD works, and there's no reason to put off feeling better and gaining better control over your life.

How Does Solution-Focused Therapy Differ From Other Therapies?

Where Can I Find Couples Therapy Near Me?
For Additional Help & Support With Your Concerns
Speak with a Licensed Counselor Today